Confessions of a Public School Teacher: A 35-Year Veteran's Assessment on How Public Education Can Make the Grade, has been released by Dorrance Publishing Co., Inc. Its author is Michael Marra, a … 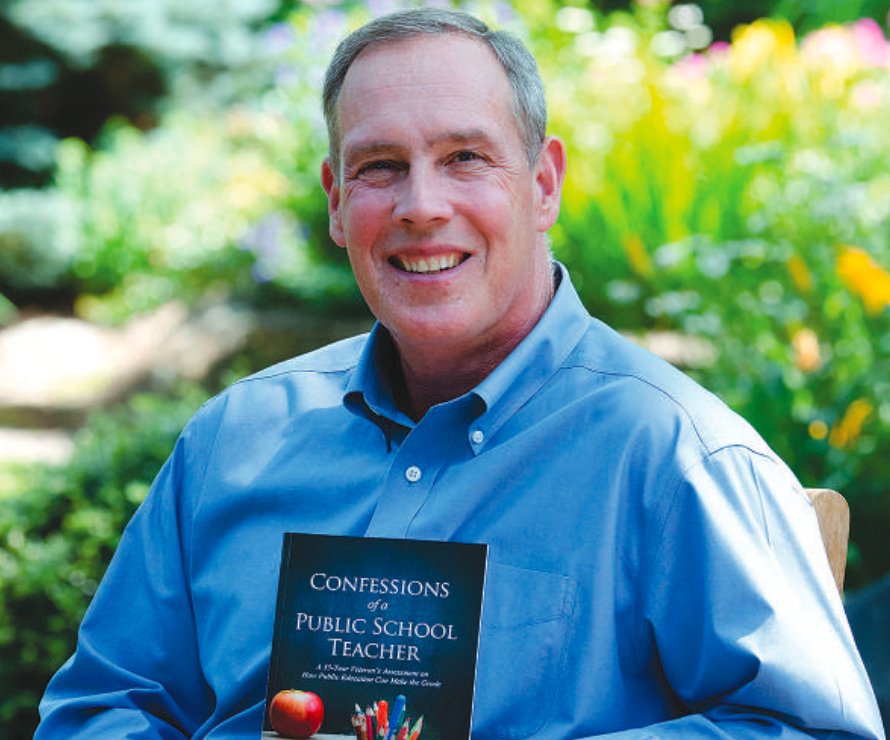 Michael Marra holds his new book, drawn from his experiences as a teacher in Portsmouth, Barrington and elsewhere.
Richard W. Dionne, Jr. 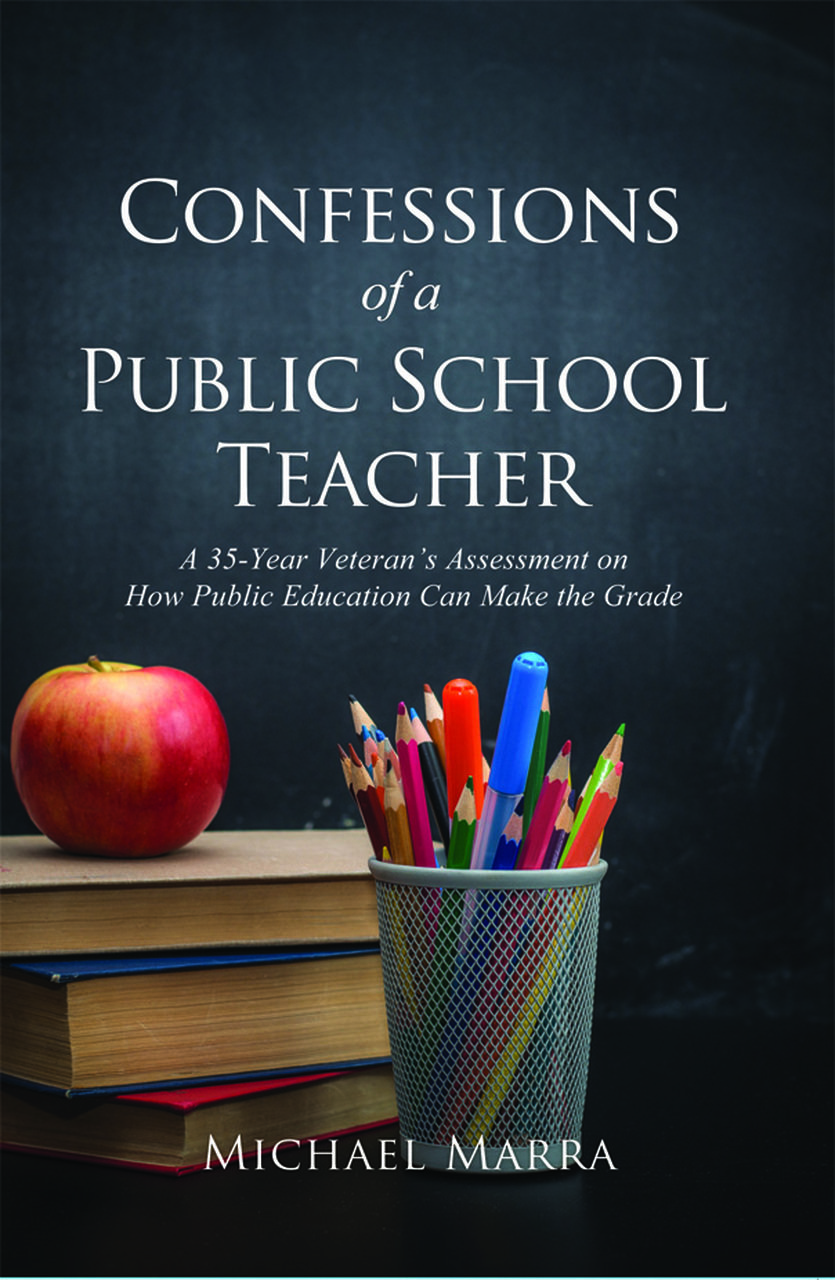 Confessions of a Public School Teacher: A 35-Year Veteran's Assessment on How Public Education Can Make the Grade, has been released by Dorrance Publishing Co., Inc.

Its author is Michael Marra, a Barrington resident and veteran teacher of 35 years, most recently of AP United States History and Economics at Portsmouth High School. Marra believes deeply in education’s power to change lives; his enthusiasm for helping children realize their full potential lies at the core of his lessons, and his efforts to make history and economics classes relevant to students’ lives permeate his teaching style.
Yet, Marra’s philosophy on how best to improve our public schools does not sit well with teacher unions. He believes strongly that tenure, seniority and near-endless due process protect poor performing teachers and need swift, meaningful revision. On this, Marra is unwavering, and he presents refreshing suggestions for unlocking what he believes have become the greatest shackles on American schools.

His theories are based on a “radical” concept quite familiar to every student and parent — some teachers are simply better than others. “We aren’t all equal,” he said.

“It may have started with noble causes, but tenure and seniority are neither pro student nor pro-teacher,” he said. “It’s based on the assumption that everyone is doing a good job, but that is not the case. No organization, no matter how good, is going to have 100 percent top quality.”

“Seniority is interesting,” he said. “It’s based on the idea that that the person who has been there the longest is the best person for the job. It’s a nice idea, and it may also be the truth, but not always — some people are just mailing it in. Unions protect and support teachers in these positions with legal teams they don’t have to pay for. There’s not a good teacher I know who supports pandering to the bottom 10 percent.”

Part memoir, part argument and part how-to guide for aspiring educators, Confessions of a Public School Teacher is a must-read for anyone who believes true learning and development to be worthwhile pursuits.

Marra does see some promise in the form of change from within. “Earlier in my career union people were much more militant than they are today,” he said. His quest to leave the classroom a bit better than he found it is both his greatest support of those we cherish dearly — our children — and an invitation for the reader to join the conversation.

Newly retired from teaching, and with book release plans still in the works, Mr. Marra is not yet sure what future plans hold, though he knows he would enjoy speaking about improving education.

He also knows that union leaders may well disagree with him; for those that do he asks this: “Humility allows us to ask a simple question: How can we do this better?”

“ I want to dialog with union leaders,” he said, “and move the needle towards a better place for our kids.”