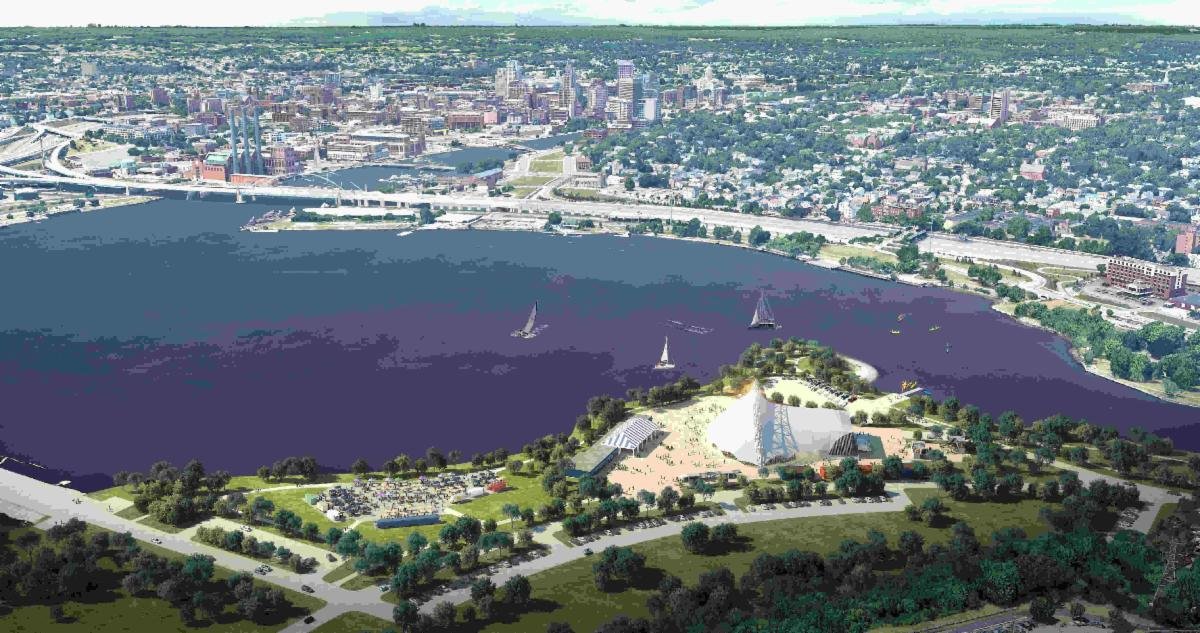 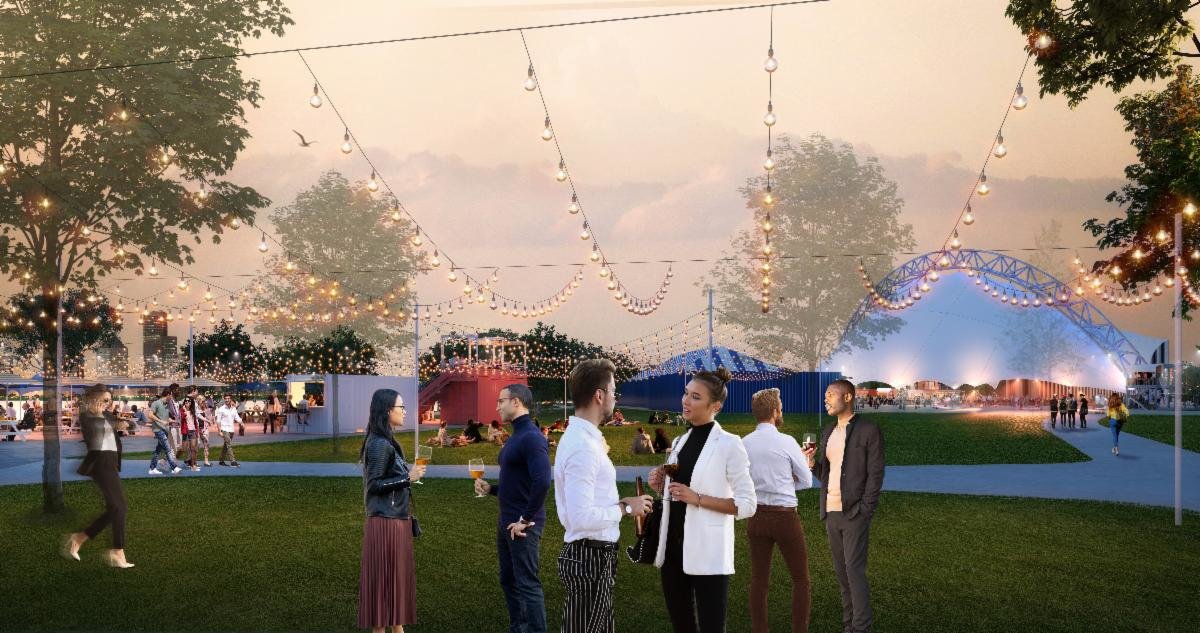 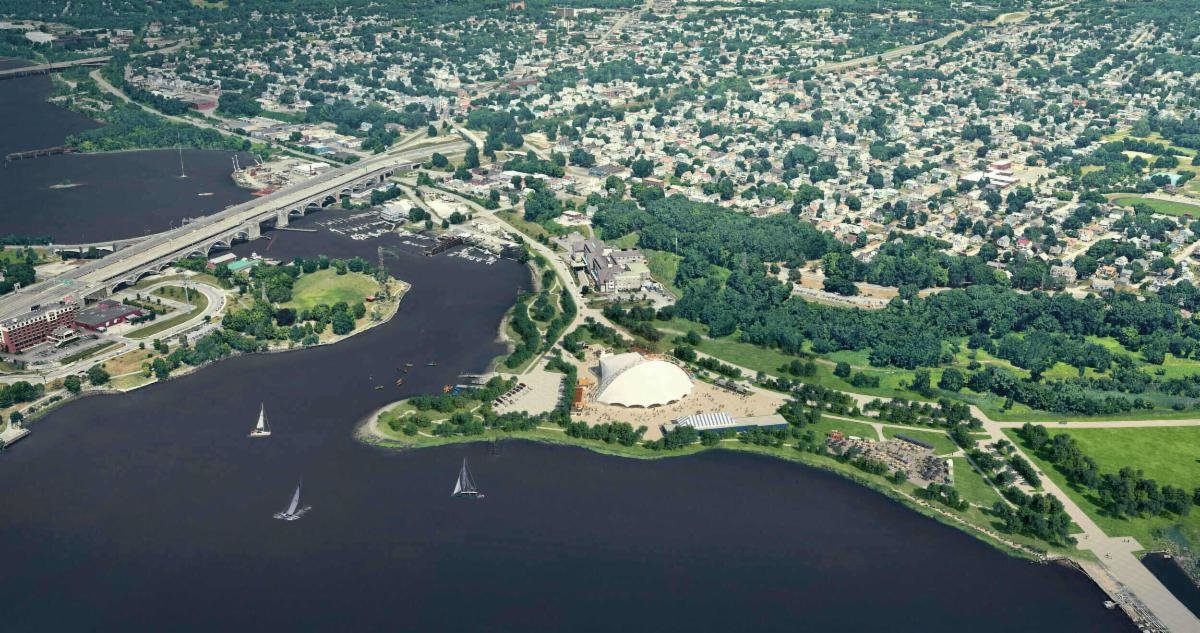 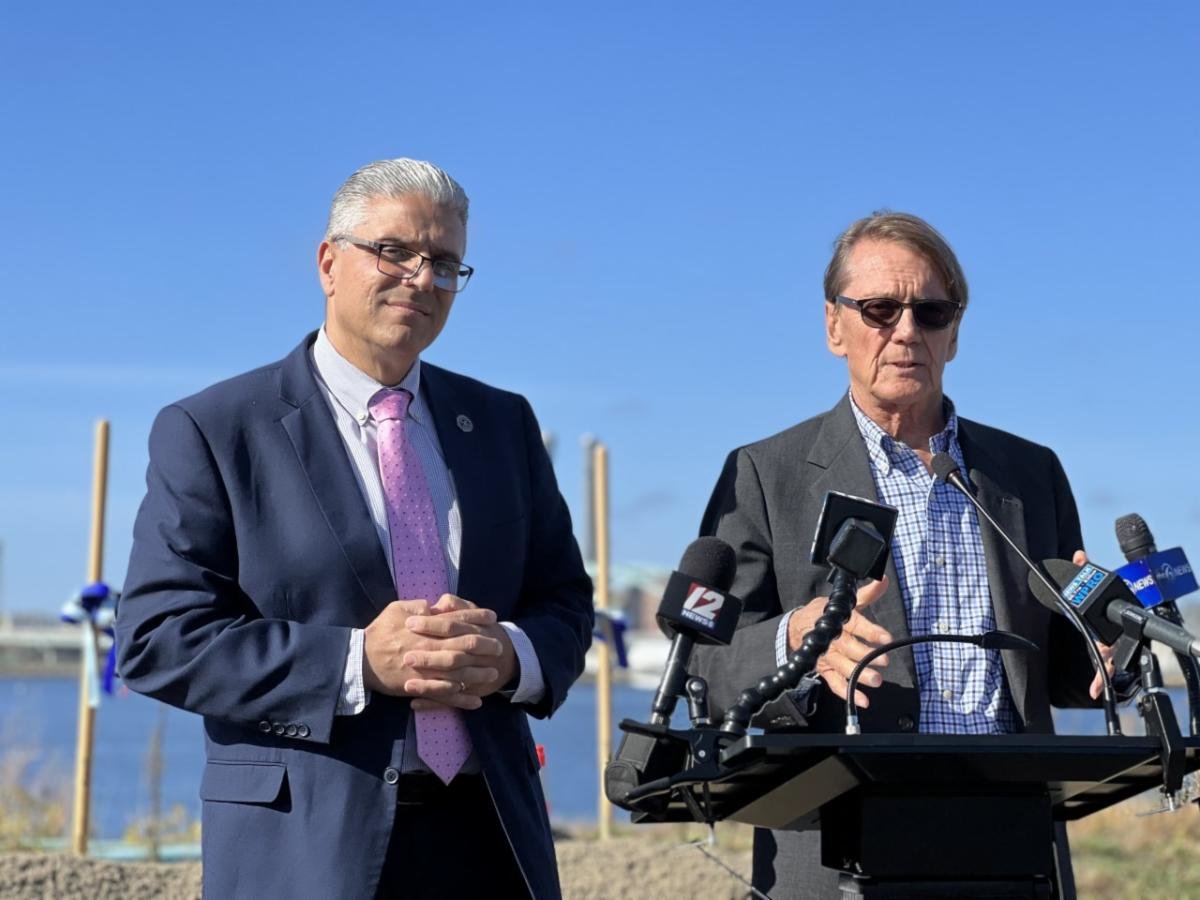 EAST PROVIDENCE — City and state officials joined one of the region’s most noted entertainment luminaries some two weeks ago to announce plans to construct a permanent outdoor concert complex on the waterfront off Veterans Memorial Parkway.

Through its local entity Rhode Island Waterfront Enterprises, LiveNation, owned in part by legendary New England music promoter Don Law, formally laid out its plans to invest upwards of $30 million on a bandstand and amenities associated with producing seasonal shows on the former UNOCAL parcel at the shore of the Providence River.

Mayor Bob DaSilva and members of his administration as well as Gov. Dan McKee and Rhode Island Department of Environmental Management Director Terry Gray joined Law at the site known locally as the “bow tie” parcel on Friday, Nov. 4, for a traditional groundbreaking ceremony.

“Today we broke ground on an incredible concert venue to be built on a former chemical industrial site on the East Providence Waterfront,” said DaSilva, who a handful of days later, November 8, was re-elected to a second four-year term as the city’s mayor.

He continued, “Our city has had great success over the last several years with smart, responsible development along our waterfront. You saw it with Kettle Point, which now boasts many housing units, a medical building (University Orthopedics) and public access to our beautiful pier and bike path.”

Two years ago, Waterfront Enterprises agreed the sum of $1.6 million to buy the “bow tie” land from UNOCAL where it intends to build the permanent venue to replace the temporary one at the nearby Bold Point Park LiveNation has used the past six years to put on shows and festivals. The expectation is for the series to spend at least one more season before moving into the new venue sometime in the next couple of years.

DaSilva stated as part of the agreement with Waterfront/LiveNation, plans and permits are in place “to make significant improvements to Bold Point Park in cooperation with Rhode Island Waterfront Enterprises within the next calendar year.”

At the same as the UNOCAL purchase, Waterfront Enterprises paid $5.5 million to buy the adjacent man-made parcel, originally intended to be cargo port for the Providence & Worcester Railroad, from Chevron/Gulf. There, the company is well on its way to building a construction hub for the local offshore wind industry.

The impresario immediately thanked DaSilva and members of the mayor’s administration for being “the first ones at the door to extend a hand to say we want you here.”

He continued, “It’s fair to say this would not be here without Mayor Bob DaSilva. He made this happen.”

Along with the “world class entertainment venue,” Law promised “public access” to the once privately-owned and restricted portion of the waterfront as well as and “other outdoor amenities” associated with similar venues.

Law concluded, “I’m convinced the redevelopment of the waterfront will benefit the residents and businesses as well as have a transformative impact on the City of East Providence and Rhode Island, in general. I can’t tell you have how excited we are because this will be an exciting place to be around the next few years.”

Gray highlighted some of the other aspects of the project, which includes a kayak launch and walkway, which he said will “complement” the East Bay Bike Path.

“This takes a site that’s underused, it’s got a few environmental challenges, and is really turning it into something amazing,” Gray said.

Referring to the nearby Kettle Point project and the East Point residential development at the former brownfield off Roger Williams Avenue in city, which also he a groundbreaking event recently, Gray added, “These are all success stories, unbelievable success stories on a regional scale. When this is done, it’s going to be another environment jewel for Rhode Island…It’s going to be another asset.”