With Republican candidates declining to attend, Democrats and Independents give their view of Little Compton, and what they'd do if elected

With less than two weeks left until the general election, Little Compton’s Democratic candidates for town council and school committee spoke out Thursday evening at a candidates' forum …

With Republican candidates declining to attend, Democrats and Independents give their view of Little Compton, and what they'd do if elected 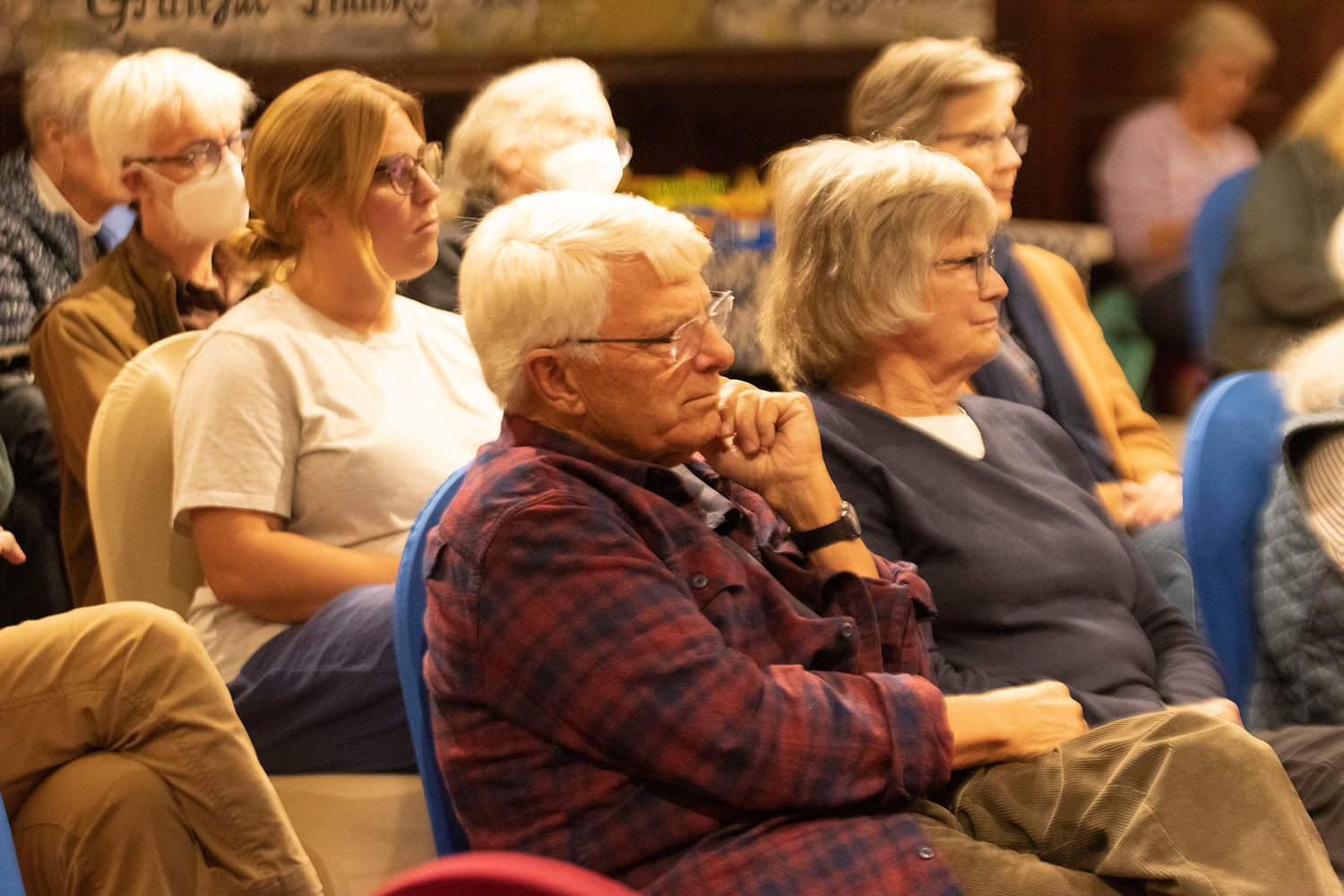 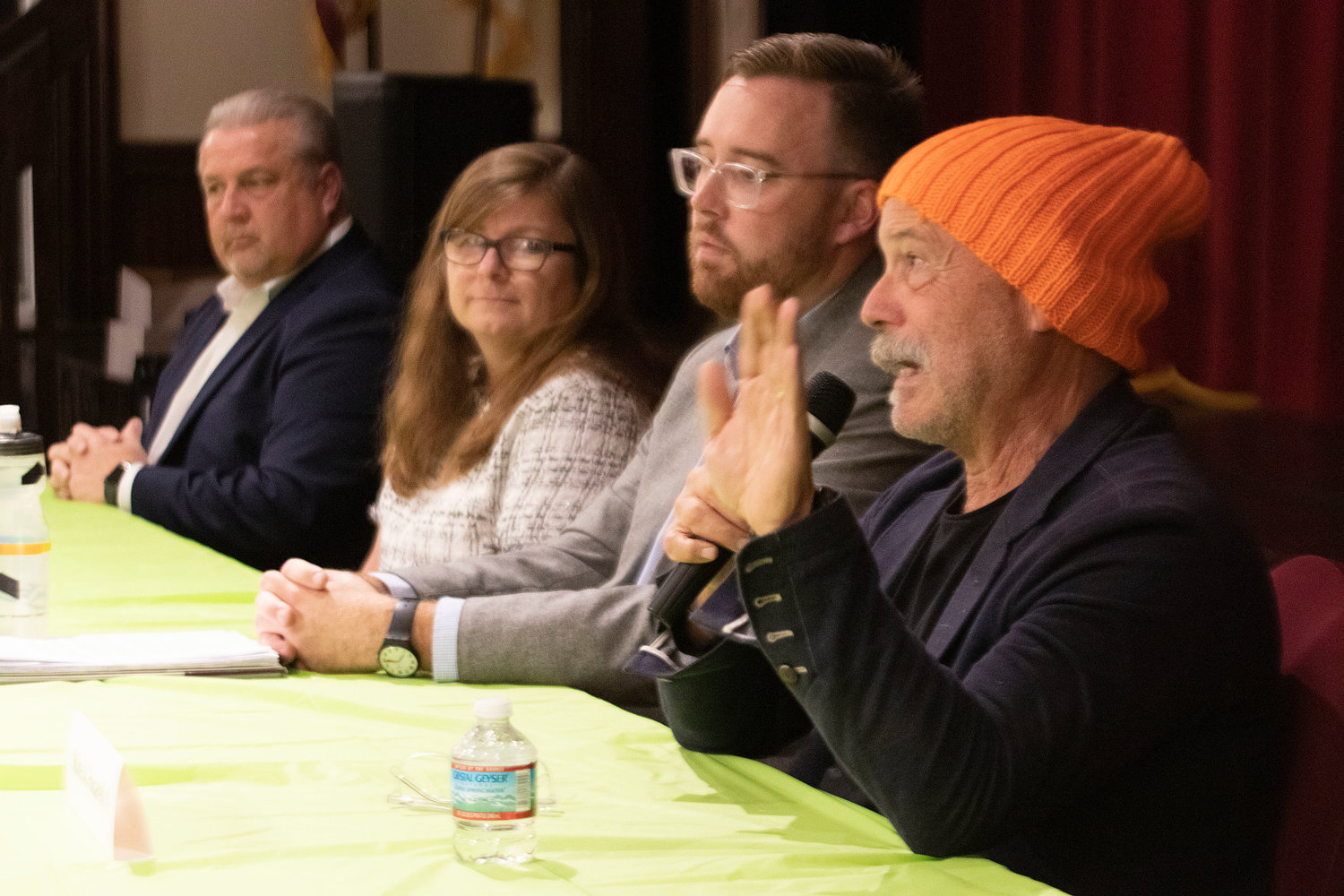 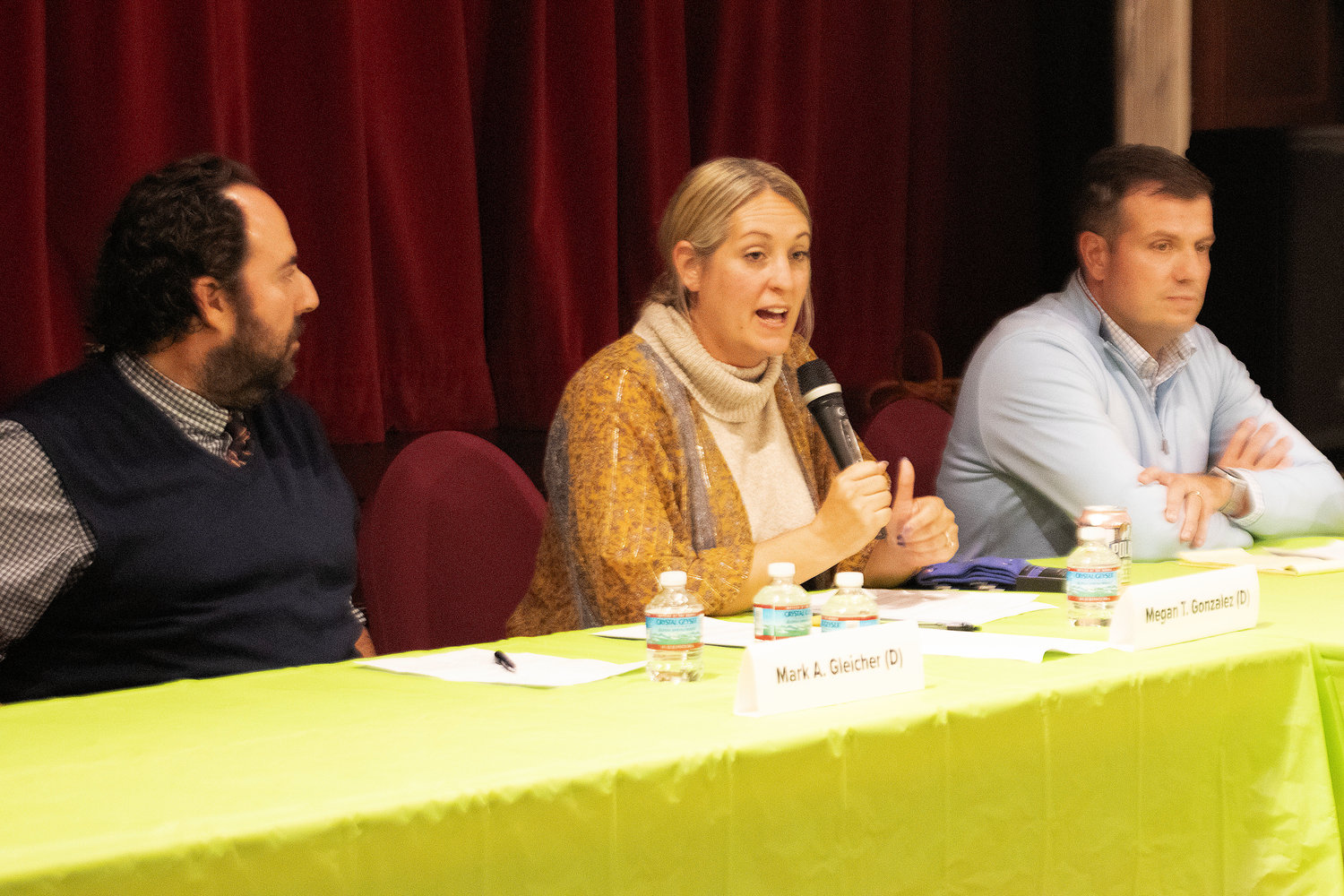 With less than two weeks left until the general election, Little Compton’s Democratic candidates for town council and school committee spoke out Thursday evening at a candidates' forum hosted by the Sakonnet Times and moderated by East Bay Media Group General Manager Scott Pickering. The event offered an opportunity for candidates to explain their positions and platforms, but what was intended to be a bipartisan attempt turned one-sided, after all of the town's Republican candidates declined to participate.

All three Democratic school committee candidates are parents of current Wilbur McMahon students and stressed their dedication to inclusivity, transparency, and a progressive committee where “all voices and ideas would be shared and valued” in order to “move things forward.”

The candidates said they are in favor of funding a full-time social worker in an effort to support the “social-emotional well-being” of the students to promote academic success.

All candidates agreed that ideas in critical race theory are not currently in the curriculum for Wilbur McMahon School students, and that CRT is taught at the graduate level. However, there are two programs currently, “Choose Love” for middle school students and “Open Circle” for elementary school students, that touch on topics of inclusion and diversity. Gonzalez emphasized their commitment to social-emotional learning programs that prepare the students to work and communicate with people of different cultures and “folks of different diversities.”

“These programs talk about how every family is different and accepting and respecting other cultures,” said Gonzalez. “CRT is not taught at Wilbur, but I strongly believe in the social-emotional programs that they have at school.”

“It does not appear on anything that would be coming home to your children,” added Auty. “Megan articulated beautifully the steps that we’re doing in terms of Choose Love and Open Circle. Having these conversations early with our students to teach them, it’s easier to learn the right way than to unlearn anything.”

When asked if they believed that the school committee should have a role in supporting or preventing CRT in schools, no candidate gave a clear answer.

Thoughts on district’s handling of pandemic

“This one is a bit of an emotional thing for me being a parent to a child who lost a year to the pandemic,” said Gleicher. “It was really tough. Travis, Megan, and I are all parents of current students at Wilbur McMahon School and we went through this as parents, so it wasn’t easy, but it was handled really well given the circumstances.”

Gleicher said that he has no recommendations moving forward, but is open to ideas.

“I think that everyone had the best intentions and really just tried to keep the kids safe,” said Gonzalez. “They stuck to the science and the data provided by the Rhode Island Department of Health and the CDC.”

Each candidate expressed their commitment to attracting out-of-district students through the International Baccalaureate program designed for middle school students, which allows for “creative, collective, and collaborative” work. Auty recommended that students take on community involvement projects such as agriculture, composting, or art installations that could set them up for their futures and allow them to learn at their full potential.

If the International Baccalaureate program becomes accredited, Wilbur McMahon will be the only school in the state with an IB accreditation.

The Rhode Island Department of Education (RIDE) recently issued guidelines pertaining to “transgender and gender non-conforming students,” and strongly suggested that schools and faculty have the authority to guide students who are questioning their gender or currently undergoing a gender transition through the process without the notification or consultation of parents/guardians based on the student’s wishes. The moderator asked the candidates if they would stand behind the RIDE suggestion to allow parents/guardians to be excluded from being informed about “these potentially life-changing journeys being explored by students?”

“I would really think that there comes a point where it has to be communicated to the parent,” said Auty. “If we’re talking about social-emotional support, they need to be supported both at school and in the home. We do an excellent job of providing that support and making sure people are heard, seen, and valued in our school, but if it’s not happening at home, I would imagine that our social workers, our guidance counselors, or our nurse would get involved and share these types of things with the parents. I would think that the parents would want to know. I would be remiss to say that we should not have the parents involved. I do want to protect the children, but at a point it comes that they need to have the support of their parents if they were going to go down that path.”

Gonzalez, however, agrees with the RIDE recommendation that would allow parents to be excluded in these situations.

“I think that not all children who are coming out feel safe to do so in their houses, and we would rather them feel comfortable and safe to tell a trusted adult in school and not hold that in,” Gonzalez said. “As a co-president of Love Wins Coastal, I work with these youth, and the big part of being a life-changer for LGBTQ+ child is having a trusted adult that they can turn to.”

Only four of the candidates vying for town council appeared at the forum, including incumbent Democrats Andrew Iriarte-Moore and Patrick McHugh, alongside Independents Polly Allen and Mikel Folcarelli. They faced questions on the quality and cost of public services, solar energy, short-term rental properties, lack of affordable housing, partisan divisions, and climate change.

The panel of candidates all supported the idea of receiving solar energy to reduce electric costs for the school and Town Hall complex, and hope to broaden access to other Little Compton residents to reap some of the benefits as well.

“Little Compton is caught up in the wave of time, and we need to think hard about where we want to be in 10 years,” said Folcarelli. “We should be a town of yes, rather than a town of no.”

The candidates agreed that affordable housing, or lack thereof, is currently the most pressing issue in town.

“I don’t think we’re going to get there if we don’t bring everyone to the table and get more community involvement in our town government,” said Iriarte-Moore.

“We’ve had a lot of the same members on a lot of our boards for a very long time, so I think that it’s going to take some new leaders to get more turnover on those boards so we can get more people involved and contribute to the conversation about how we can fix some of these issues.”

“We need to go through our ordinances and we need to go through our zoning,” said McHugh, who noted that about five percent of Little Compton’s housing stock is short-term rental properties, such as Airbnb. “We have to have some accountability for people who have these Airbnbs in town. I think that’s the way I’m leaning, and trying very hard not to restrict people’s rights and do what they want to do with their homes, but also respecting and having accountable [short-term rental] owners in this town. It’s in the ordinance that we’re drafting now, and it’s going to take some work. It’s a work in progress right now.”

“We’re getting great quality for the money,” said Allen. “I think we have a great fire and police department, but I think we could use more social services in our town, so that is something I would advocate for.”

“One thing that I’ve really enjoyed being a part of over the last few years on the council is professionalizing town hall,” said Iriarte-Moore. “Town hall is really structured very well now under the town administrator, everyone has somewhere to report. I think they’ve really professionalized the services there, and I think that when you go into town hall, you’re usually greeted with a smile and people asking you how they can help. I think that that’s a good direction, so I’m really happy with the quality of services we have.”

Each candidate discussed concerns over climate change and how the town can protect itself from its impact, particularly at South Shore Beach.

McHugh, however, views the issue in a different light.

Allen says she is “very concerned with the climate and the environment” and has been trying to come up with a town-wide erosion plan. She mentioned the efforts of some residents who have taken up some beach grass replacement and other “green” initiatives.

Little Compton council race is not over