Letter: So grateful to have known Connie and her family

Who is Concetta Masiello? For starters, she did not like her given name and always went by Connie. She even told me while laughing, that when asked what her formal name was, she …

Letter: So grateful to have known Connie and her family 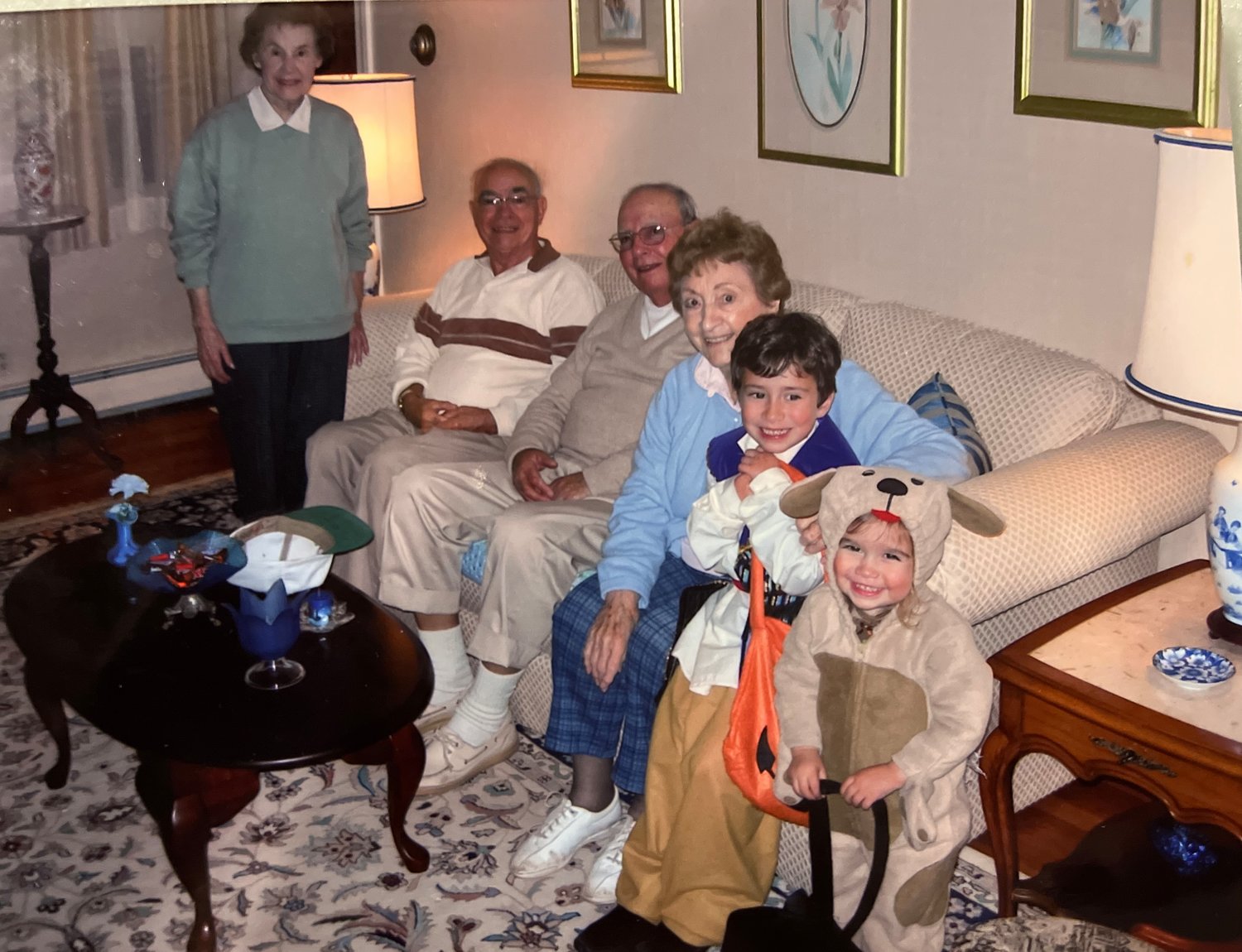 Pictured are (from left to right) Connie Masiello, Tony, Chet and his wife Rose Masiello, and Eli and Anja Kelley.
Posted Wednesday, December 1, 2021 6:20 am

Who is Concetta Masiello? For starters, she did not like her given name and always went by Connie. She even told me while laughing, that when asked what her formal name was, she would reply “Constance.”

We were Connie’s next door neighbors for 16 years. She was kind, sweet, hard working, generous and funny.

Connie’s parents came from Italy. Sadly, both passed away when she was twelve. Connie’s aunt and uncle moved in to care for her and her five brothers for a short time. Thereafter, she became her brothers’ caretaker and the matriarch of her family while still a teenager.

She would tell us fascinating stories about our street, including the house at the end of Hamilton Avenue called “The Honeymoon hotel.” As the name suggests, this is where local newlyweds would spend their wedding night. She told us about an ice skating rink on our street and growing and trading goods during the depression. Her brothers would ride a horse-drawn wagon to where the YMCA is now, to cut wood for their fire each day. During the depression, getting an orange in your stocking was considered to be a very good Christmas.

As a teenager, she would go dancing in Bristol which she loved more than anything. She was in a relationship with a young man who was in love with her and would often ask for her hand in marriage. She refused only because she had so many responsibilities between caring for her brothers at home and working at the Handkerchief Factory in Warren. The young man moved to California as it was too difficult for him emotionally to be nearby, unless they were husband and wife.

Connie cared for her youngest brother Tony up until his final year. Growing up, Tony attended the Rhode Island School for the Deaf, and though none of his siblings knew sign language, Connie and Tony fully communicated by reading each other’s lips.

When my children were young, the Masiello’s would come over to our house to watch them perform music. Both Tony and Connie were gracious hosts. We would have weekly visits and talk for hours over a spread of food they would put together. When Tony would pour soda for everyone, set the table or put out some food, Connie would look at me and say,”Oh he’s such a good boy!” I always loved this because he was in his 80s most of the time that I knew them. We got together on Halloween and Christmas Eve so they could see the children in their costumes and exchange gifts. I would bring her wandies, a favorite of hers, from the local bakery each year.

Connie kept active by keeping a meticulous house. It’s no surprise that she lived until age 99. When I would comment on how nice her house looked, she told me that when she got into bed at the end of the day, she would lay down and say out loud,”What a day!”

Connie was a remarkable friend, person and caretaker of her family her entire life. She was one of the kindest, most selfless people I’ve ever known. I miss talking and laughing with her but most of all I am so grateful to have known and made memories with her and her family.

Letter: Why should we trust anything that RIDOT tells us?

Letter: Thanks to the Bristol Fire Department