Keeping it local at Localz Kitchen & Cocktails in Portsmouth

PORTSMOUTH — Kevin Ames was chef at Scampi at 657 Park Ave. for 18 months, and he liked it so much he decided to buy the restaurant earlier this year.

He re-branded it Localz Kitchen …

Keeping it local at Localz Kitchen & Cocktails in Portsmouth 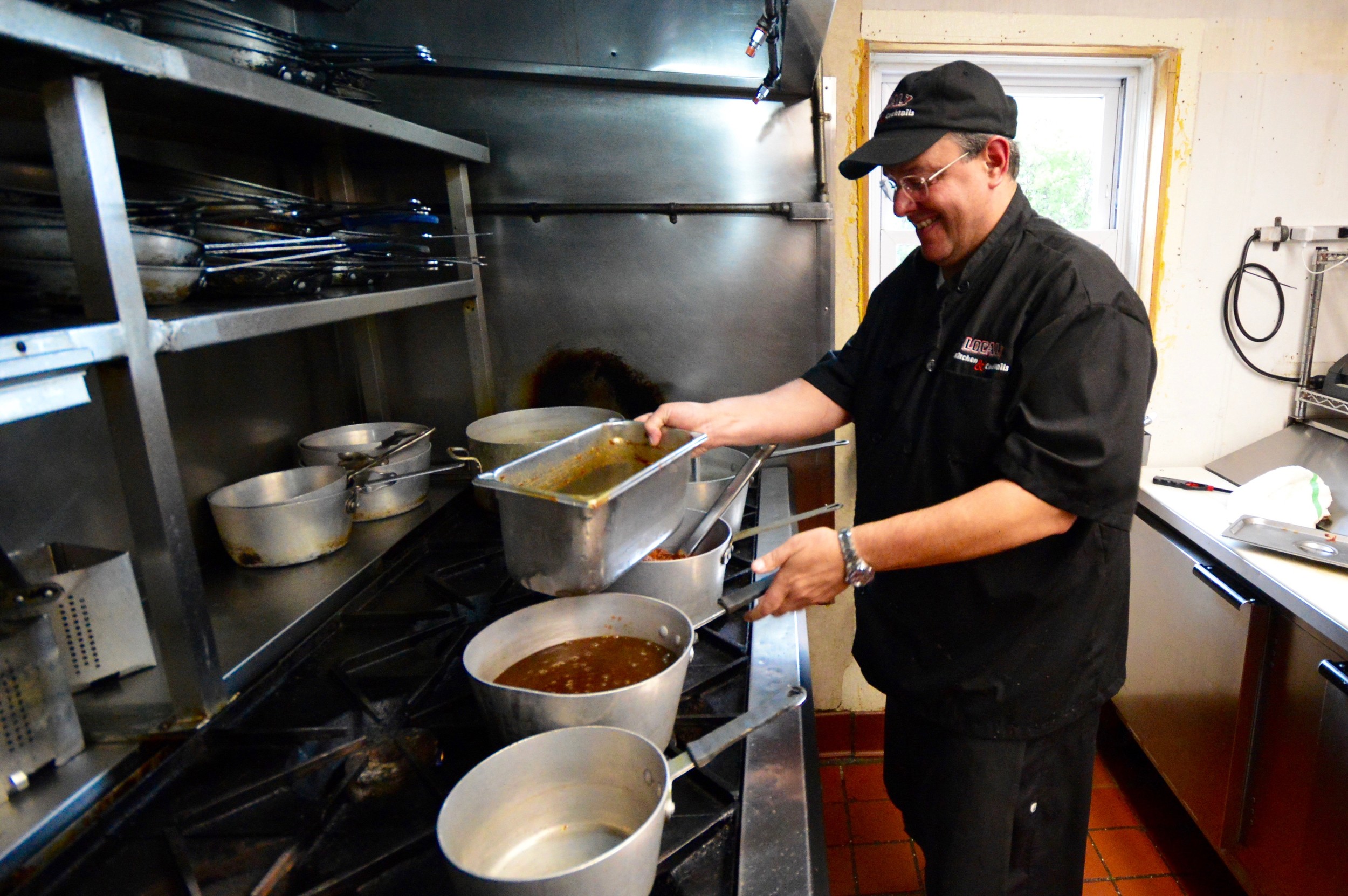 “I inherited an amazing staff,” said Kevin Ames, who was chef at Scampi before buying the restaurant and re-branding it as Localz Kitchen & Cocktails.
Jim McGaw
Posted Monday, July 24, 2017 8:51 am

PORTSMOUTH — Kevin Ames was chef at Scampi at 657 Park Ave. for 18 months, and he liked it so much he decided to buy the restaurant earlier this year.

He re-branded it Localz Kitchen & Cocktails and kept everybody on board.

“I have zero turnover. I inherited an amazing staff; we had all worked together for two years,” said Mr. Ames. “That was one of the main reasons for the name Localz. Ninety percent of our staff is local, Mello’s Farms is our produce provider. Tony’s (Seafood) in Warren does all our seafood. And if you come in here seven nights a week, you’re going to find 10 to 50 locals sitting at the bar or at the tables.”

Mr. Ames, who has also worked at the Officers’ Club at Naval Station Newport and the Red Parrot in Newport, calls the City by the Sea home. “I’m originally from down south — Virginia. But I’ve been here since I was 8,” he said.

The first thing he did when he took the restaurant over, he said, was make things more affordable.

“We lowered prices 30 percent across the board,” he said. “Our main goal was, Portsmouth needs an alternative to Chili’s and Applebee’s and so forth, and let’s see if we can hit that niche. I think we have, because the people have really responded well.”

The restaurant offers several bargain offerings, including “Why Not Wednesdays” — a choice of 15 different entrees with soup, salad and dessert for $15 — that was dreamed up by manager Michelle Arsenault, who had been at Scampi since 2009.

Early birds can eat Sunday through Thursday for $10.95 per dish, and on Monday and Tuesday nights, all children eat for free off the kids’ menu, she said. There’s live music on Friday nights.

Scampi was known for hosting fund-raisers and other events to assist various local people and causes, and Localz is continuing that tradition. On Memorial Day the restaurant hosted “The Best for Jess” for Jessica Benson, a 19-year-old Portsmouth resident suffering from Hodgkin’s Lymphoma, stage 4.

Michelle: “They raised a lot of money,” said Ms. Arsenault. “We donated all the food and the building and the whole staff donated their time and energy to put it on.”