Annual sticker fee could be well over $300 next year

PORTSMOUTH — The current operator of the town’s transfer station, J.R. Vinagro, was retained in a split vote by the Town Council Monday night.

The 4-3 decision was made two weeks …

Annual sticker fee could be well over $300 next year 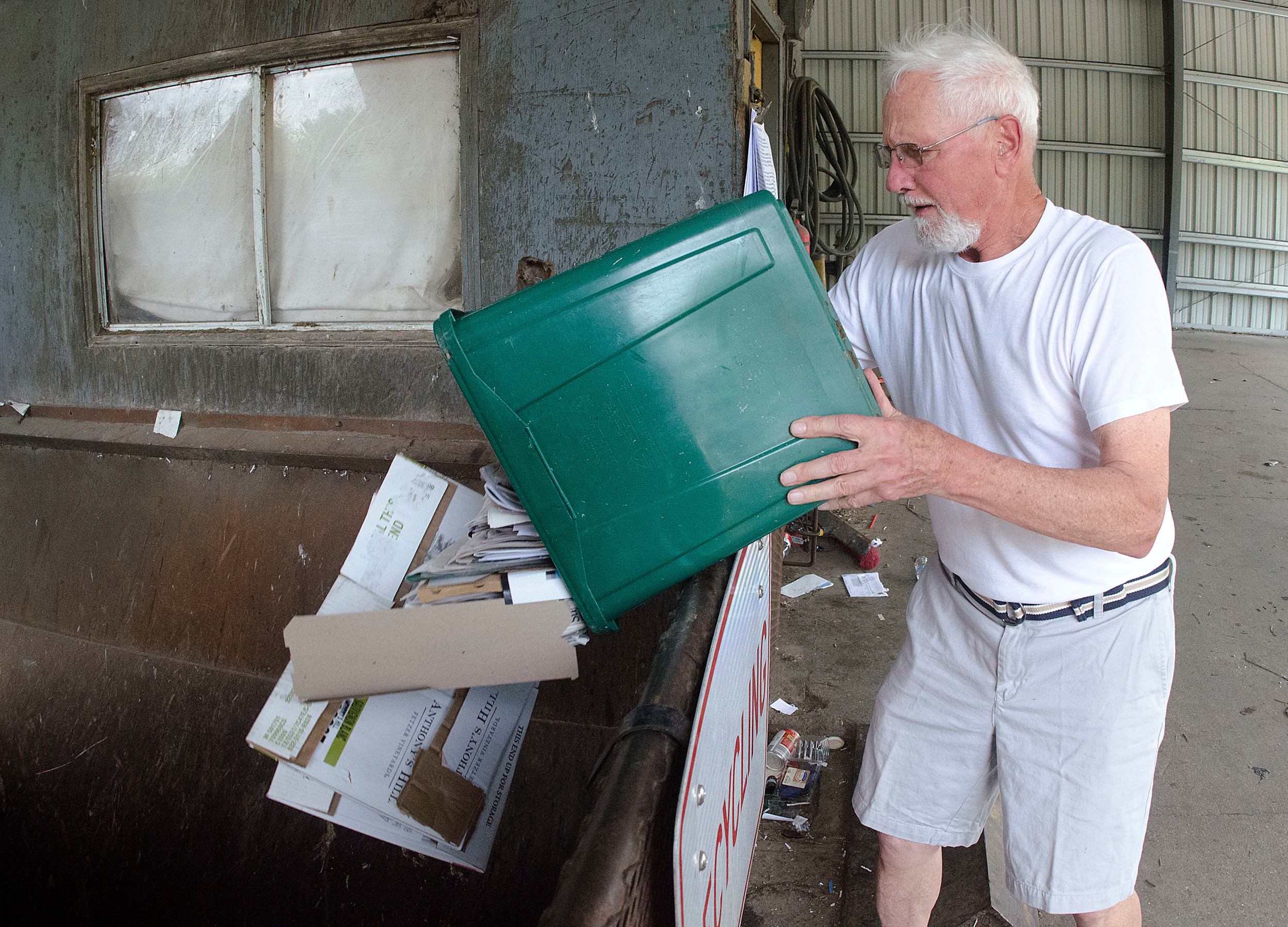 He took a risk by putting an asterisk on his bid to differentiate himself from the other bidders.”
Council member Kevin Aguiar, referring to Lawrence Waste Service's bid.
Should transfer station be funded by taxes?

Several residents at Monday’s Town Council meeting suggested the town do away with a vehicle sticker and enterprise fund to run the transfer station and simply put the operation back on the tax base.

The discussion was started by local resident Gertrude Patenaude, who argued that every taxpayer in Portsmouth should pay for the transfer station operation whether they use it or not.

She likened residents who pay for private curbside pickup to parents who send their kids to private school, but still have to pay taxes to support the public school system.

“If you choose to do that, that’s an individual cost,” Ms. Patenaude said.

Her remarks were supported by another resident, Daniela Abbott. “Trash collection is an essential service,” Ms. Abbott said, adding that higher sticker fees will only lead to more people trying to cheat the system through sticker-sharing or other means.

At the same time, she urged the council to help others, like herself, who must rely on curbside pickup due to their schedules or other reasons. She currently pays about $175 per quarter for trash pickup, but the cost could be much lower — and the streets much cleaner — if the town supported a co-op system, Ms. Abbott said.

“I believe we can get everyone a better deal,” she said.

On a motion by council member Linda Ujifusa, the council voted unanimously to direct the administration team to research the issue and present an analysis to the council at a later date.

PORTSMOUTH — The current operator of the town’s transfer station, J.R. Vinagro, was retained in a split vote by the Town Council Monday night.

The 4-3 decision was made two weeks after a contentious public hearing during which the council decided to stick with the transfer station on Hedly Street rather than switch to curbside pickup.

Although the council isn’t expected to set a sticker fee until next month or in December, it could end up being more than double the current $160 annual cost, depending on how many stickers are sold.

Although council member Paul Kesson made the motion Oct. 10 to retain the transfer station, he was among the three members in the minority on Monday.

“I think this agenda item is out of order and the town administrator has enough direction from the last motion to award this contract,” said Mr. Kesson, referring to his Oct. 10 motion stating that the transfer station contract should be awarded to the “lowest bidder.” He didn’t name a specific contractor, nor did his motion say anything about bringing the matter back for a council vote on Monday, Mr. Kesson said.

Council President Keith Hamilton, however, said he was more comfortable with the council voting to award the contract to the lowest bidder as presented by Town Administrator Richard Rainer, Jr. and Finance Director John Menke.

The latter two council members argued to have the council reconsider a third bidder, Lawrence Waste Services, whose proposal was earlier disqualified by the management team.

Although Lawrence appeared to have submitted the lowest of the three bids — translating to an estimated sticker price as low as $250, according to Mr. Kesson — the company’s bid was deemed “non-responsive” to the request for proposals (RFP) because it was based on a per-haul charge and not a per-ton charge as requested by the town.

Mr. Gleason said Lawrence, which operates the Prudence Island transfer station, has taken over transfer stations in other municipalities and has won praise for its operations and cost savings. The company, he said, simply “asked for payment in a different format.”

He said the town should have reached out to Lawrence after receiving its bid. “You always have something in the bid which needs further clarification,” he said. “We should have taken a different approach.”

Ms. Pedro agreed, saying Lawrence was committed to running the transfer station more efficiently and at a better price.

“I’m extremely disappointed,” Ms. Pedro said. “I don’t believe this is in the best interests of Portsmouth. Throwing out this bid on a technicality is a travesty.”

Mr. Rainer, however, said the RFP was clear and that reaching out to one bidder could have put the town in legal and financial jeopardy.

“The moment we open those bids, the bids were closed. You can’t go back and submit another bid. We have to judge the proposals on the merits of what they submitted,” Mr. Rainer said. “Had we not done that, the other bidders would be in a position to protest that bid. (Lawrence) altered the bid form and put in an asterisk.”

“He took a risk by putting an asterisk on his bid to differentiate himself from the other bidders,” he said. “Once the bids are in, you can’t have side discussions for clarification. It’s the written number that governs. Unfortunately, he sealed his fate.”