The exact specifications of the memorial — including what it would say, how it would look, and where precisely it would go in the park — are still to be determined. 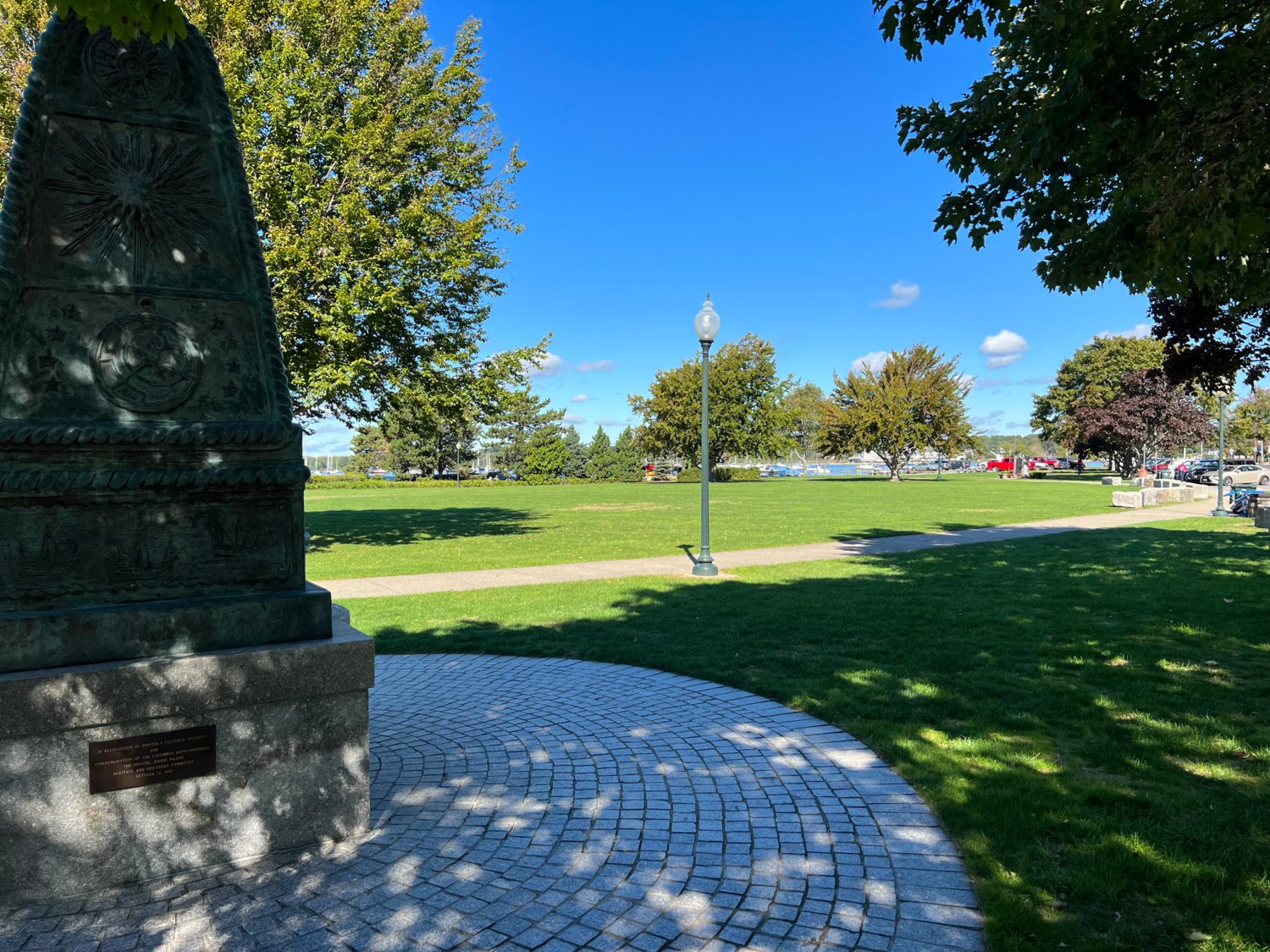 Independence Park has been approved as the site of a memorial recognizing Bristol's role in the transatlantic slave trade and honoring those who endured its horrors.
Posted Wednesday, September 28, 2022 1:00 pm
By Ethan Hartley

During their Sept. 21 meeting The Bristol Town Council granted approval to a request from the Bristol Middle Passage Ceremonies and Port Marker Committee to place a memorial recognizing Bristol’s role in The Middle Passage at Independence Park.

“We did do our due diligence in looking at various sites along the waterfront, mostly from Pappasquash Road down towards Wally Beach. And we did come to a consensus with public input,” said Stephan Brigidi, speaking on behalf of the committee. “We’re very mindful of the other memorials that are there, for Columbus and Revolutionary War veterans.” He mentioned the possibility of creating a sort of triangle with those other memorials to create a harmonious flow between each of them.

The exact specifications of the memorial — including what it would say, how it would look, and where precisely it would go in the park — are still to be determined and will require another visit and approval from the Town Council, but this is a first step towards the memorial being erected.

It is marked progress for the group, which ran into heavy objections when their first proposed location — near the memorial boardwalk placed in honor of the late Michael Andrade — was summarily rejected by Andrade’s family and many members of the community.

The memorial would become part of a larger network of coastal communities from Texas to New Hampshire that have erected monuments commemorating their own roles in the transatlantic slave trade (known as the Middle Passage). The National Middle Passage Port Marker Group oversees and approves each site.

Brigidi re-emphasized that the memorial is about reflective remembrance and honoring those whose lives were destroyed by slavery, not about shaming the community.

“The memorial is intended to be what we would call a touchstone, a symbol of peace, and it is going to be about healing,” he said. “What we propose is going to be something purely positive and honoring the people who are involved — our ancestors, we can call them at this point. Nothing about this memorial will be about blame or culpability. Nothing like that, nothing negative.”

Brigidi said that the monument, once completed, would become a UNESCO World Heritage site. “So this would be have a real boost on tourism,” he said. “There’s a lot of people that come just to see these UNESCO sites throughout the country, if not the world.”

Brigidi said that future monuments were also in the planning phases now, including one that would potentially be located on private property that paid homage to the historic neighborhood known as New Goree, where many prominent early Black Bristolians made their livings.

“We haven’t gotten there yet, but people have asked about it,” he said. “They’ve remarked that New Goree should be acknowledged, and we are in total agreement with that.”

Council is almost unanimous in approval
Councilman Tim Sweeney made a motion to approve the location, with Councilman Aaron Ley praising the committee for regrouping after their last appearance before the council.

“I have to say a lot of progress has been made since you guys were here last,” Ley said. “I can tell there’s a lot more research that has gone into this, a lot more thought put into this, and a lot more public input. I don’t know if I speak for everybody here, but we appreciate that and I’m happy to support this.”

Council Chairman Nathan Calouro opted to abstain from the vote, not on the grounds of disapproving of the memorial itself, but in objection of the proposed location.

“Let me say one more time, I don’t have any objection, I support what is being proposed, I just find the location to be a little bit disconnected, I don’t know how to say it other than that,” Calouro said. “I would love this to be in a place that is, I don’t want to say more appropriate, but Linden Place comes back in my head all of the time because it benefited from that horror. And I think it’s a wonderful place for education, which of course this is. You called it a touchstone, and I think that’s perfect.”

Aside from Calouro’s abstention, the four remaining Council members voted in approval of the memorial being placed at Independence Park.