In Portsmouth: ‘A place to connect with one another’

PORTSMOUTH — Just a few years ago, the Common Fence Point Community Hall appeared to be on its last legs.

The dusty old building — rebuilt in the ’60s after a …

In Portsmouth: ‘A place to connect with one another’ 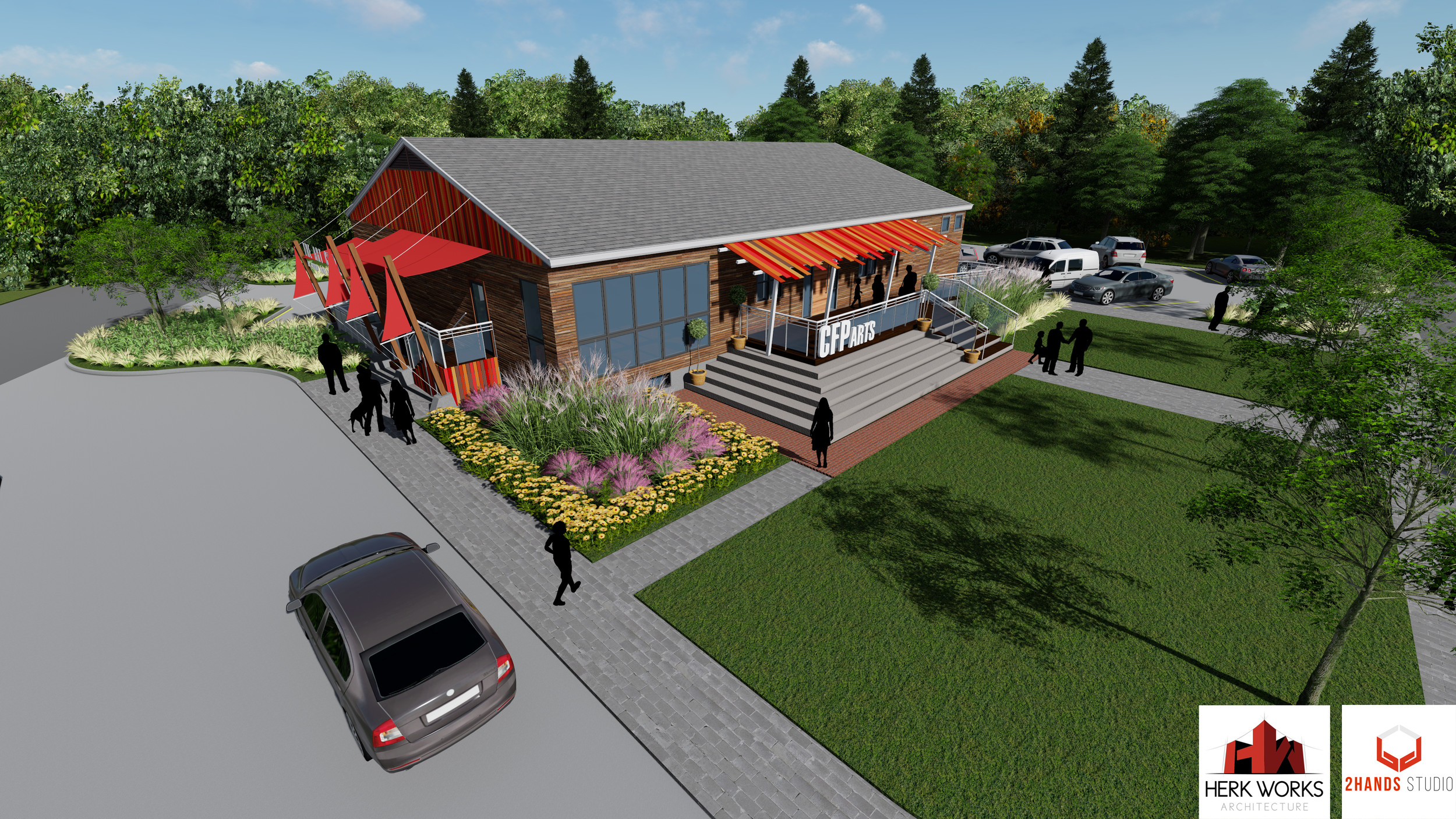 A rendering of what the Common Fence Point Community Hall may look like when renovations are completed, thanks to a recent $187,000 grant the association that owns the building recently received. 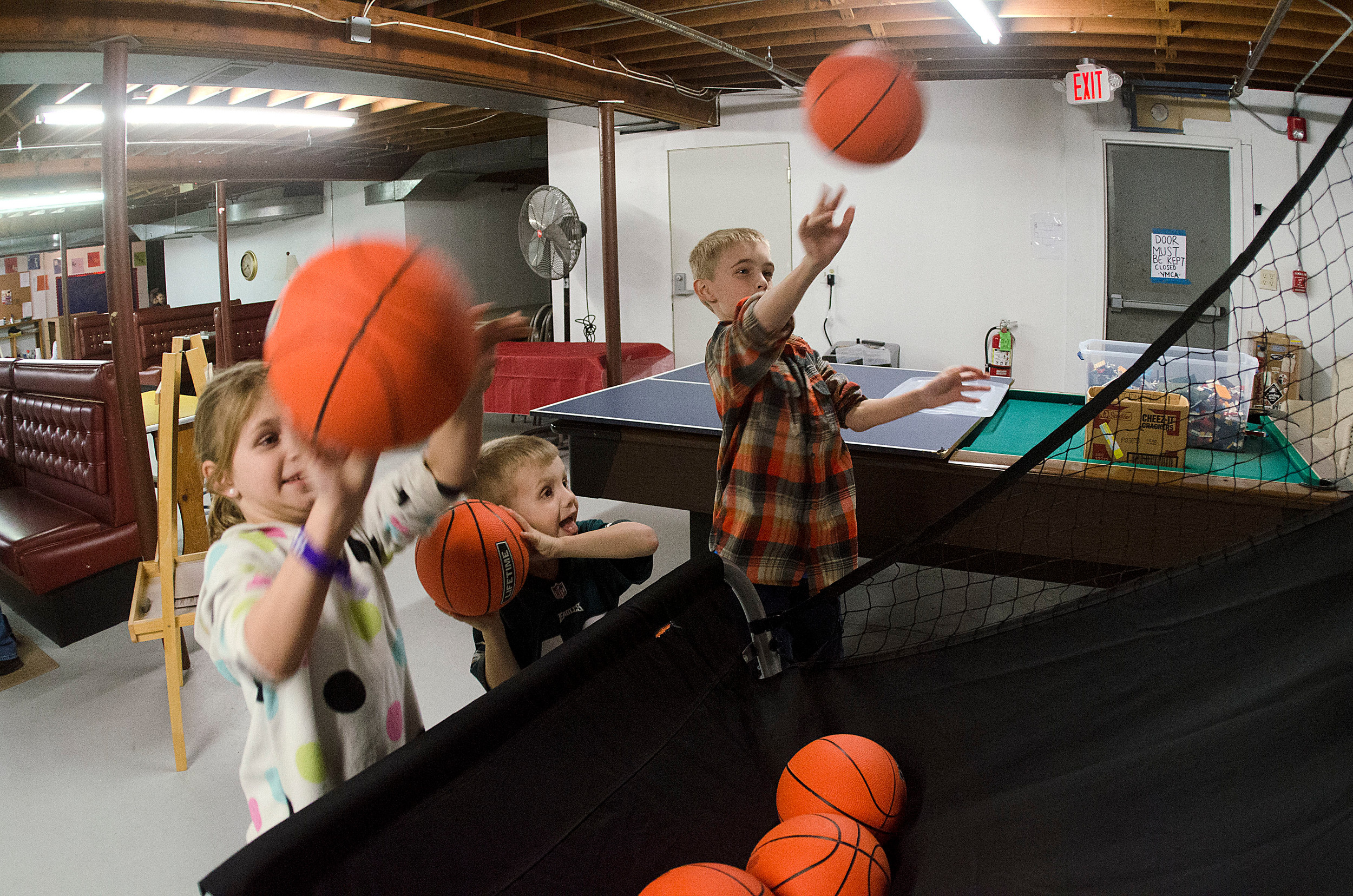 Brooke Marston, 7, Chase Marston, 5 and Jack Marston, 9 (from left), play a basketball shooting game in the basement of the Common Fence Point Community Hall. They were there for the after-school program facilitated by the Newport County YMCA.
Richard W. Dionne Jr. 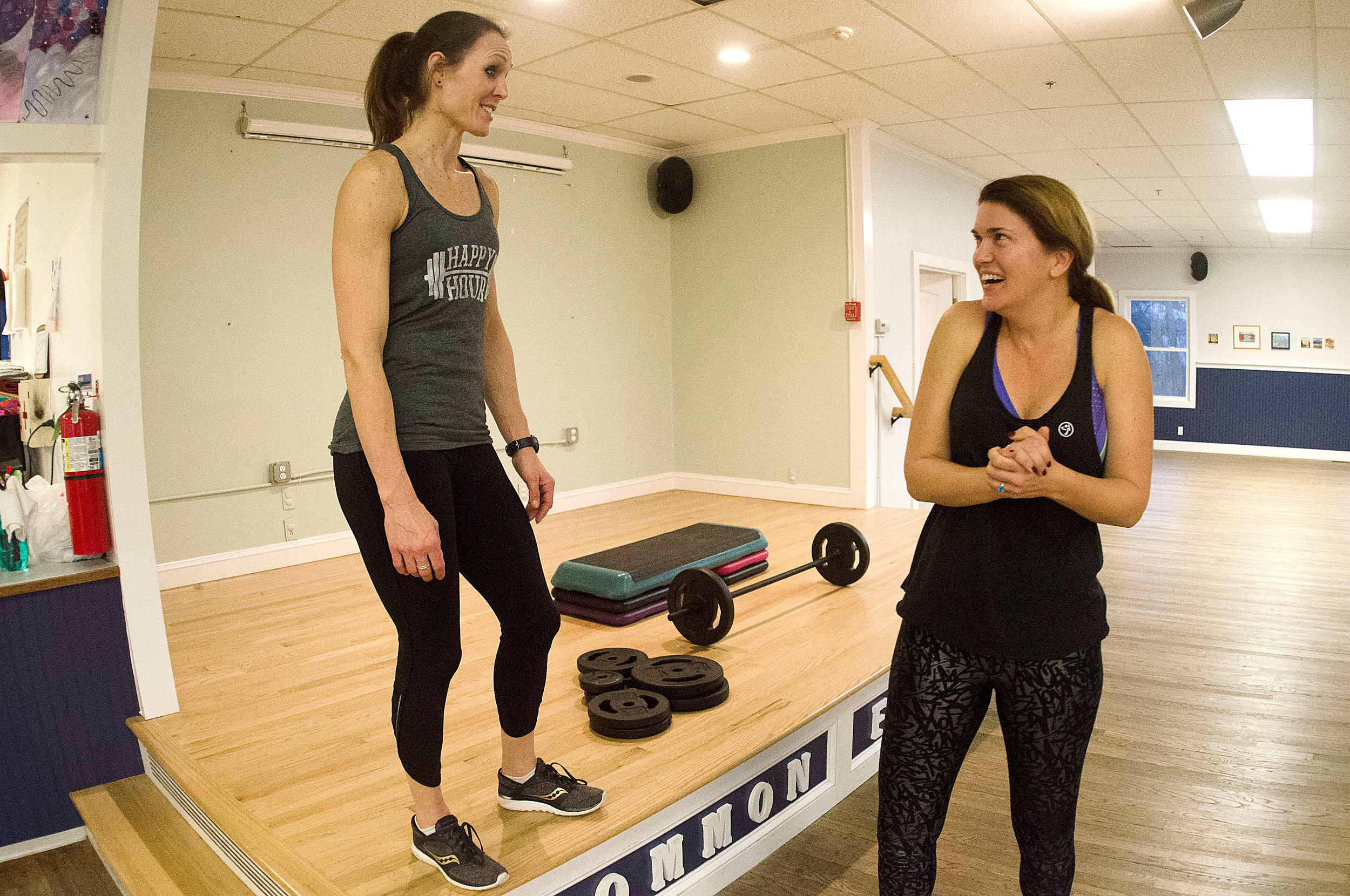 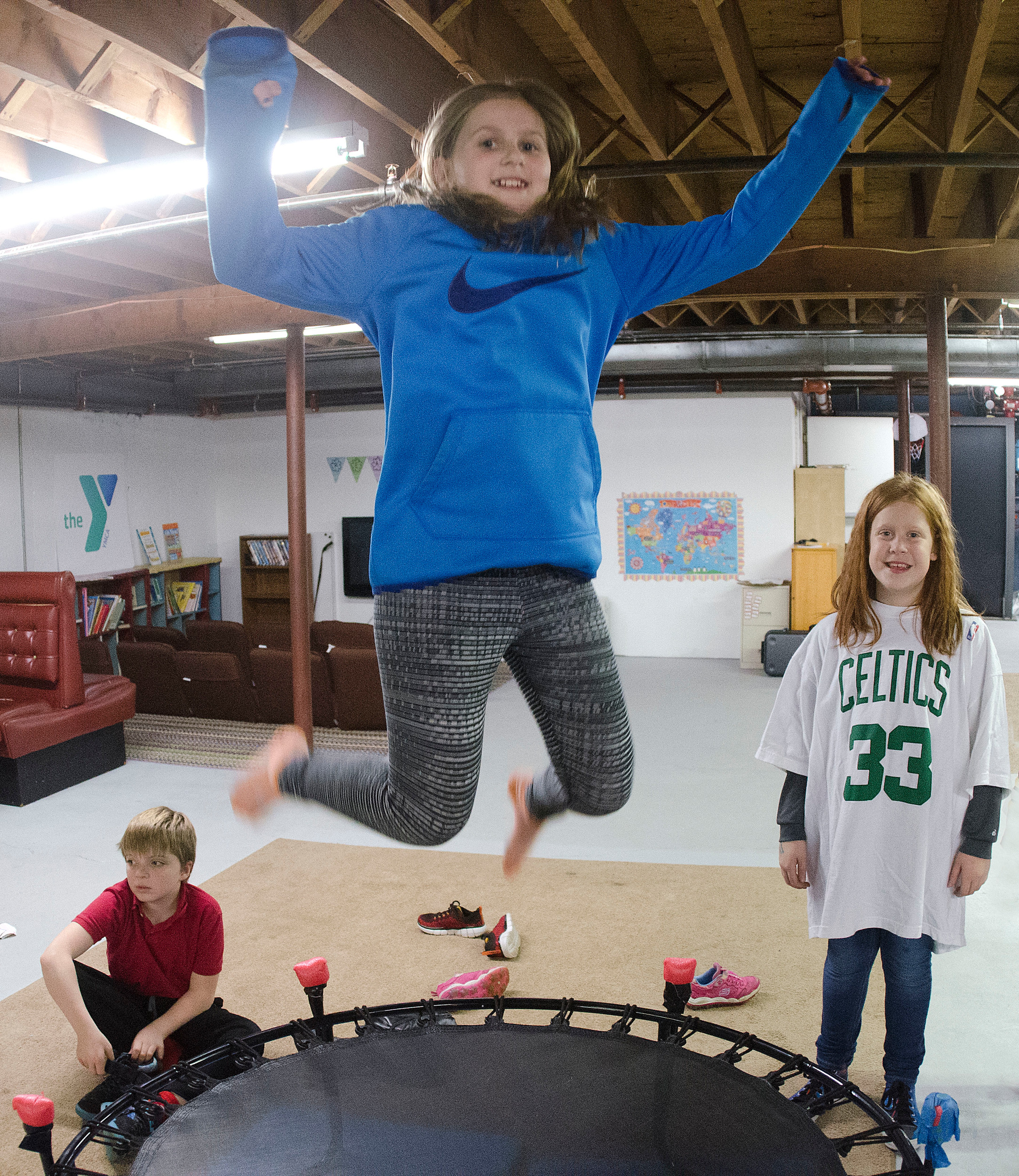 Caitlin Mediate, 10, jumps on the indoor trampoline as her friend, Ava McDermott (right), 9, and another boy look on.
Richard W. Dionne Jr. 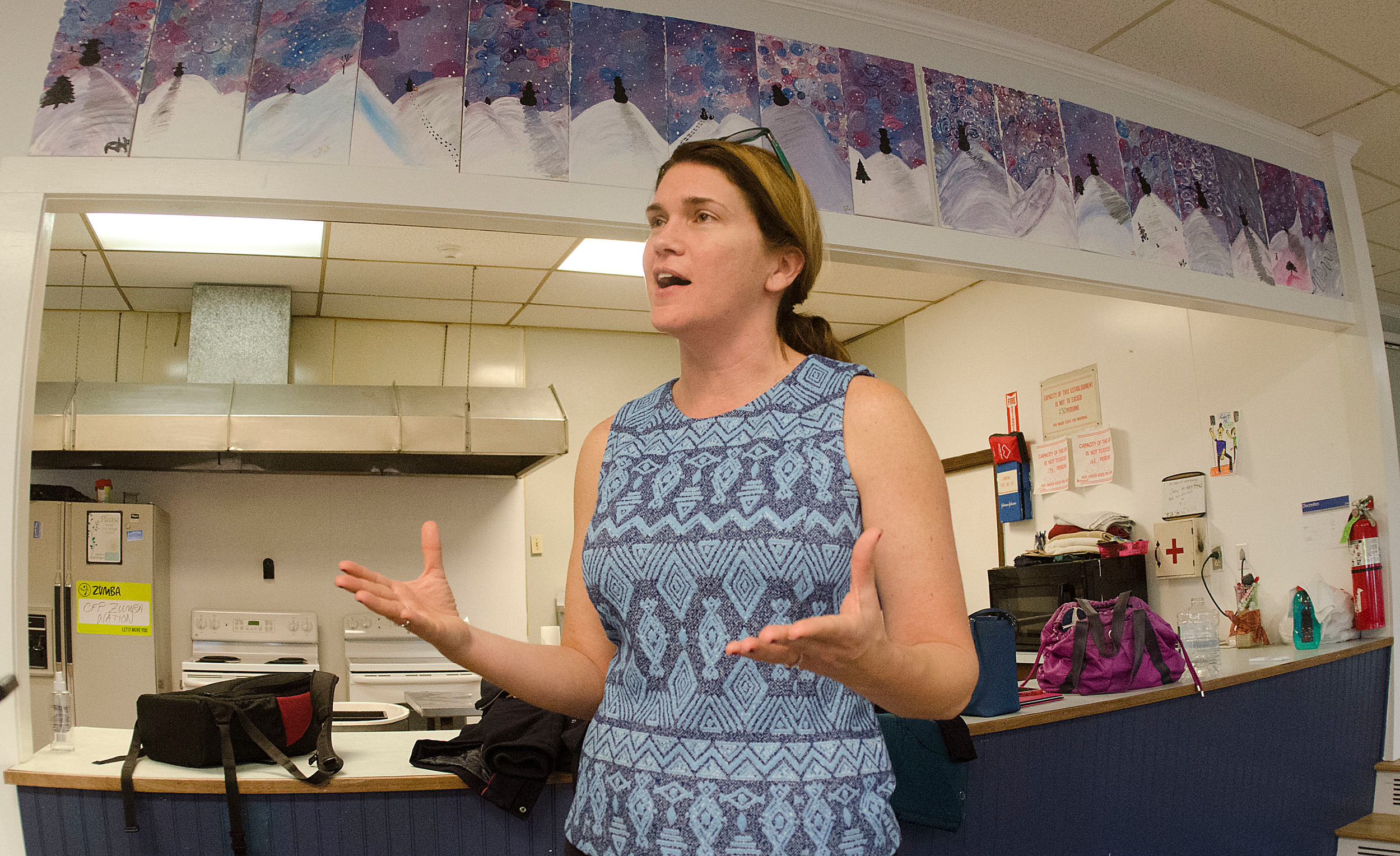 Conley Zani talks about the future of the Common Fence Point Community Hall, which will be transformed into a center for the arts.
Richard W. Dionne Jr. 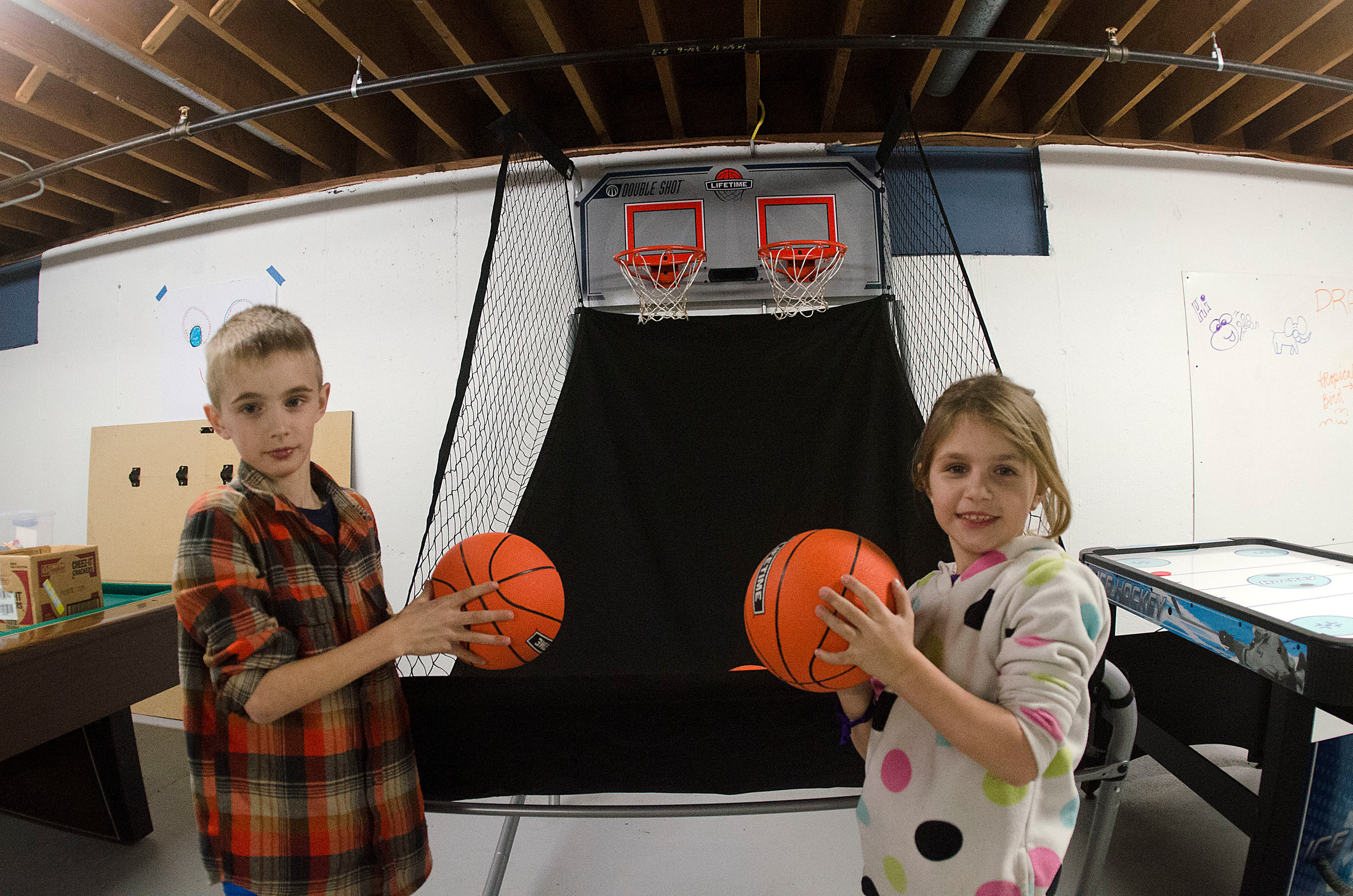 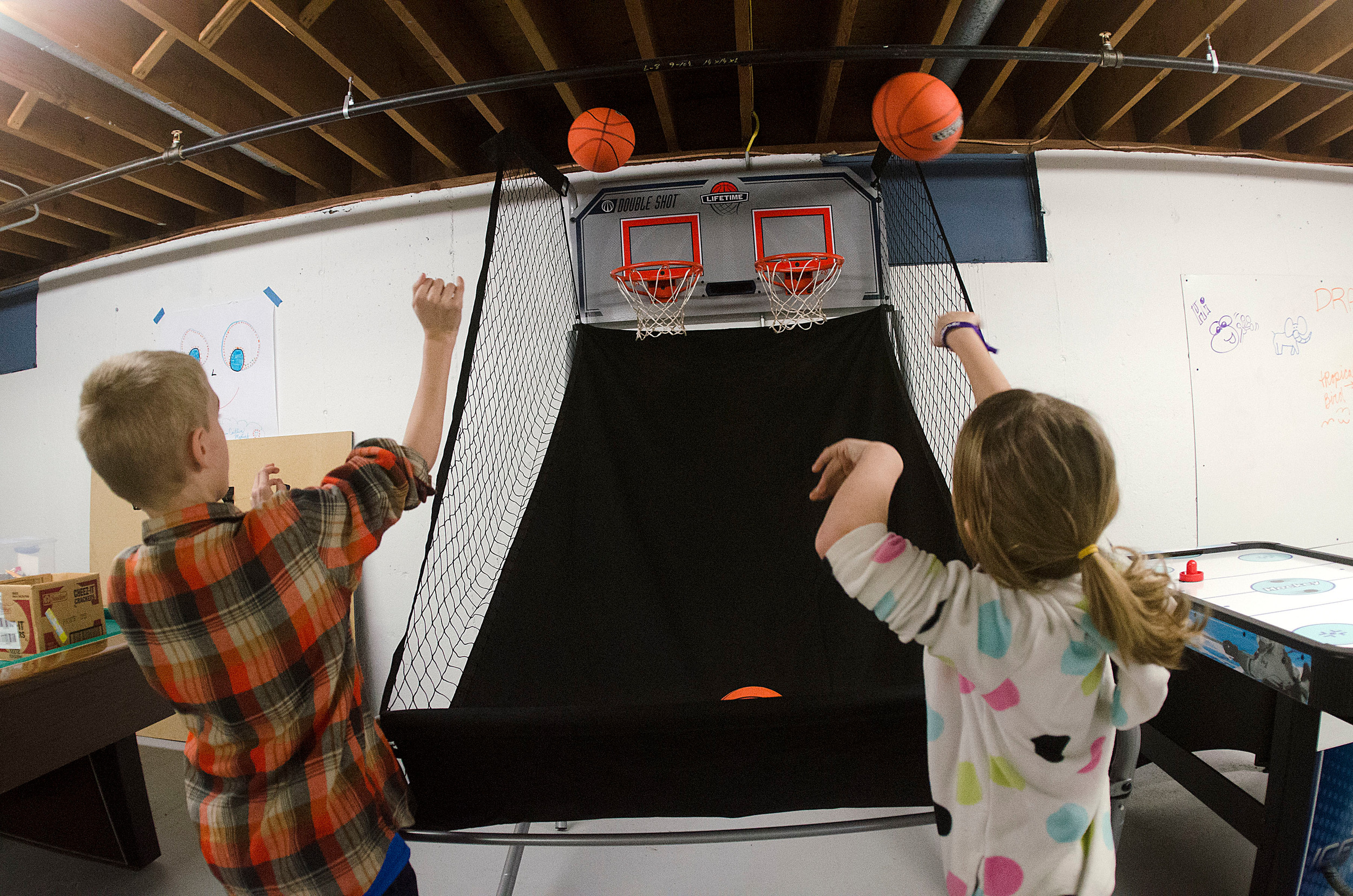 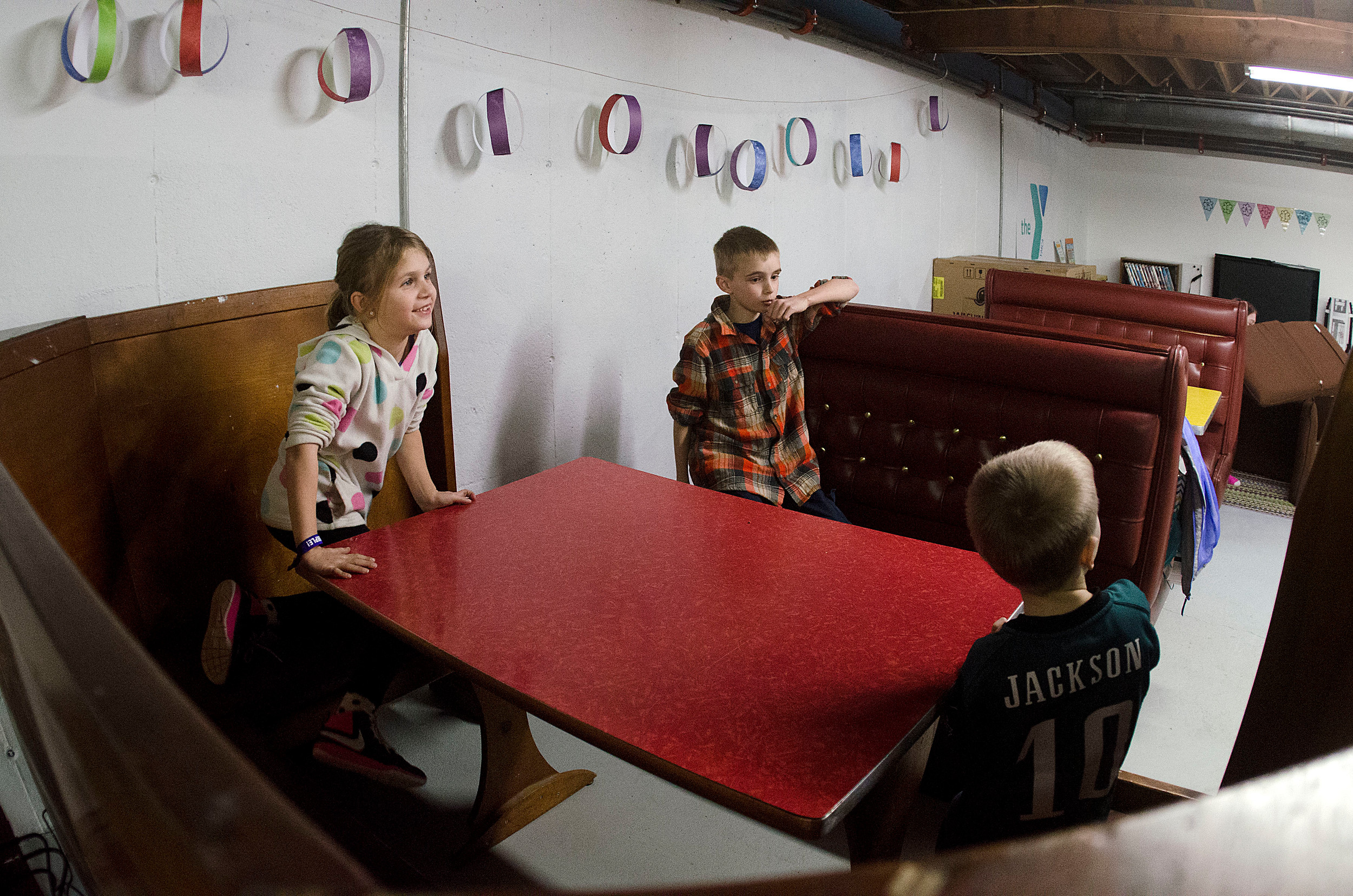 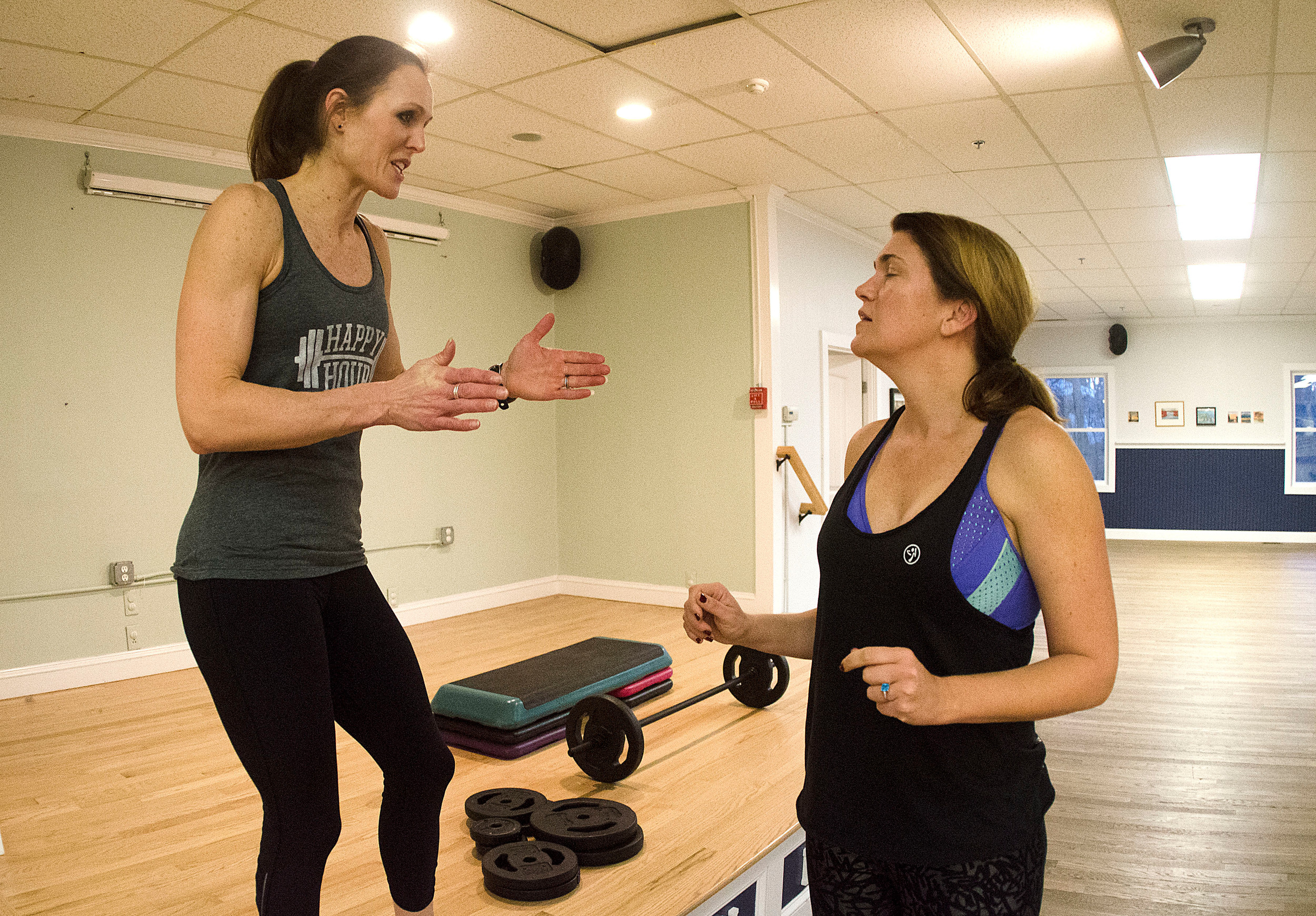 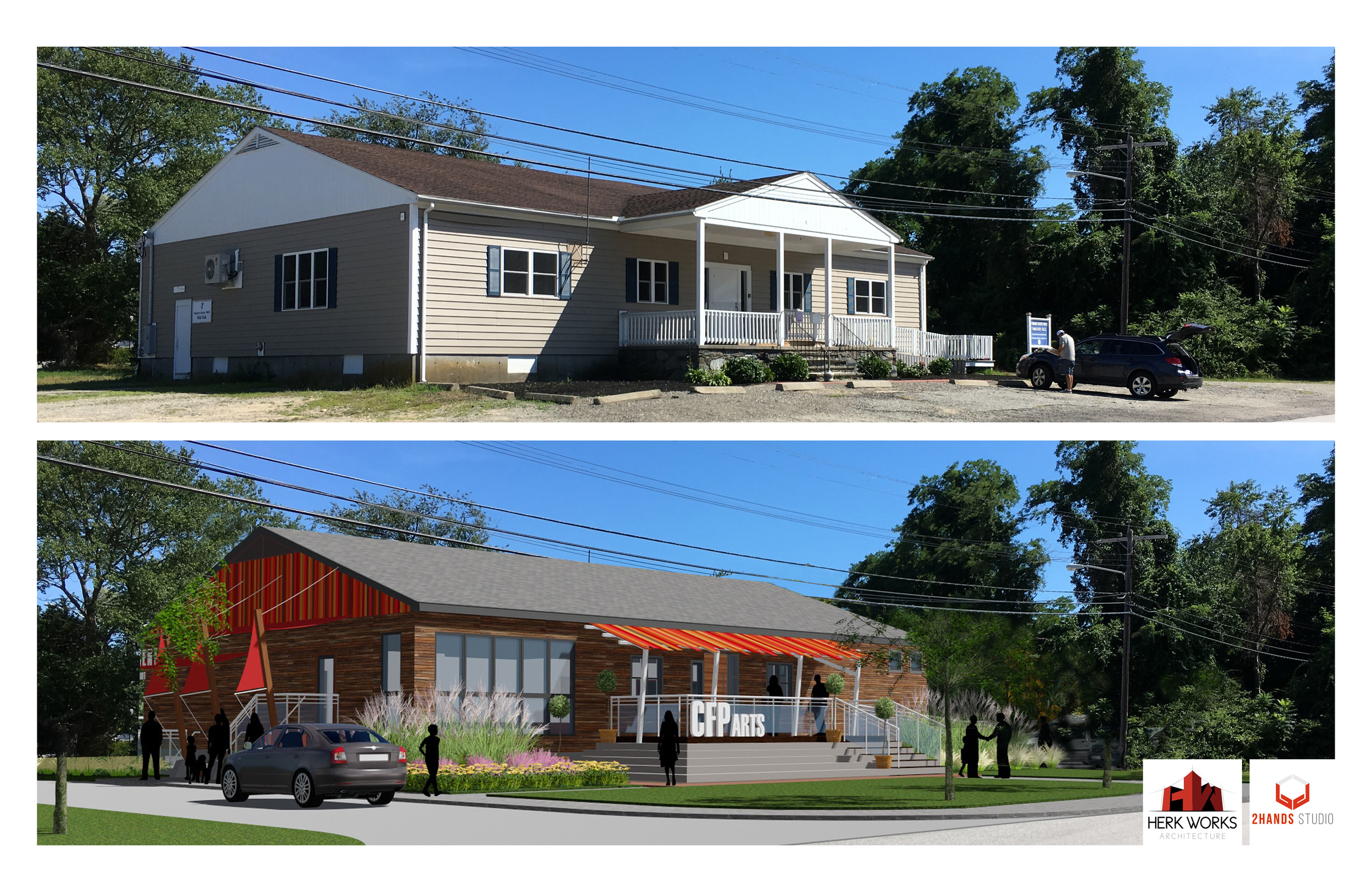 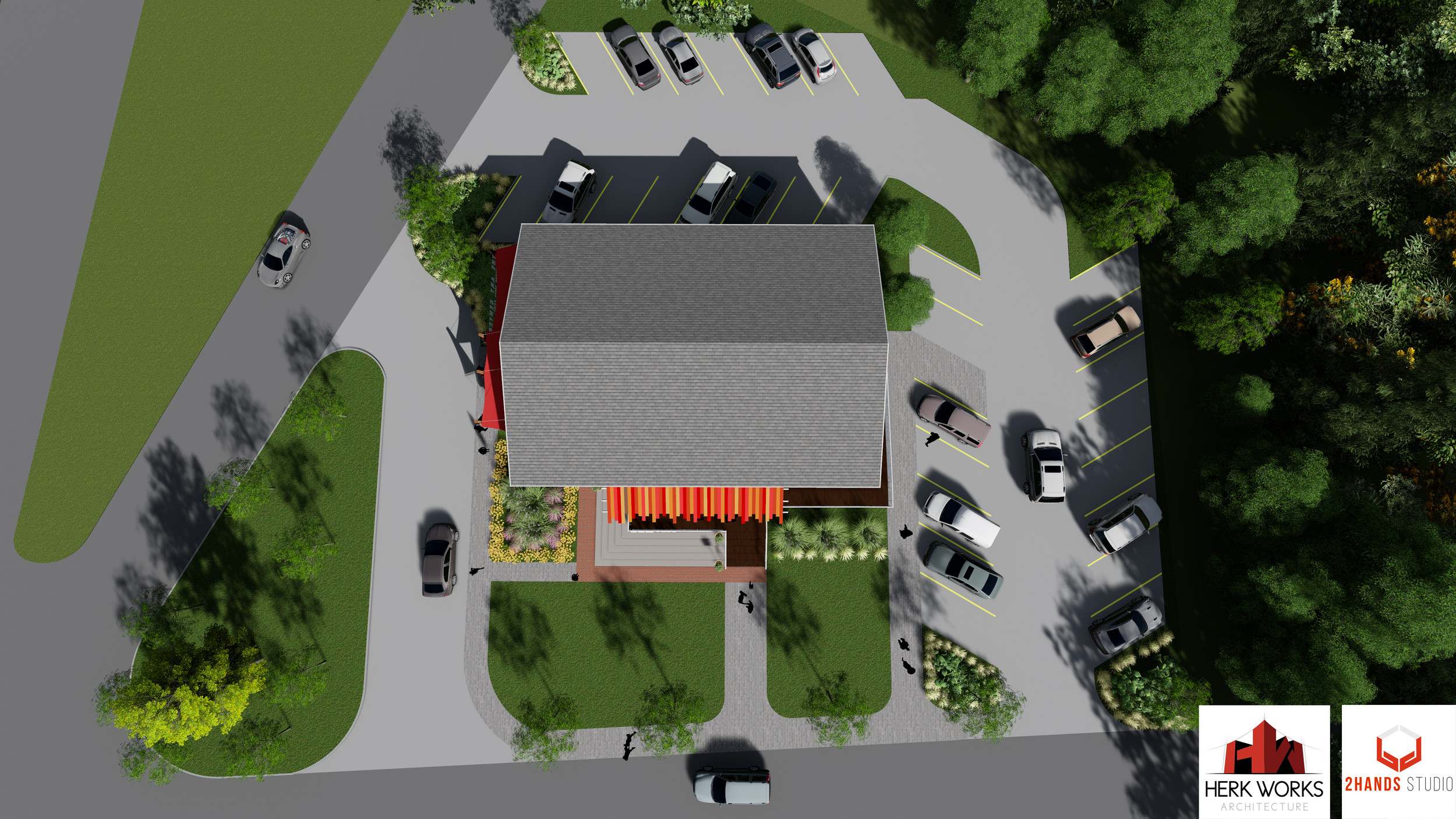 PORTSMOUTH — Just a few years ago, the Common Fence Point Community Hall appeared to be on its last legs.

The dusty old building — rebuilt in the ’60s after a fire destroyed the original structure from 1922 — had holes in its walls so big you could put an arm through. The floors were dingy, windows were mere plexiglass and the entire structure was in need of a major makeover.

So Ms. Zani, who came to Rhode Island from Kentucky in 2009, made a request. “I actually said, ‘Can I come in and teach some Zumba classes?’” she said.

She and others became volunteers, injecting the group with youth, energy and passion. “We do have a new team, but we’re standing on the shoulders of giants — people who gave years and years of their lives,” said Ms. Zani.

The current leadership has been focusing on utilizing the community hall more.

“The building was a little bit in disrepair and we just needed to come in and start managing it more like a business,” she said. “We’re trying to get classes and programming in here that’s consistent and stable. That has been what’s turned around our financial situation. We’ve made tremendous strides in the past few years.”

“We push 750 to 800 people through the hall in a week for the various programs we have going on,” said Ms. Zani.

The business-like approach has allowed volunteers to wax the floors, install new windows, paint inside and out and make many other cosmetic improvements.

And they’re just getting started.

The CFPIA recently received an $187,000 matching grant from the R.I. State Council for the Arts (RISCA) which the group says will help transform the neighborhood community center into an arts center serving Portsmouth and beyond.

“We’re looking to really just up our game — to expand our reach,” said Ms. Zani while displaying conceptual drawings of how the building may appear in the near future. “We want to build on our strengths that we already have as a community and leverage that to reach out and give people in the wider Portsmouth area, as well as the East Bay and Aquidneck Island, a place to connect with one another. That what drives me — the connection.”

Some of that happens organically, such as the annual Halloween party and parade which is one of the hall’s biggest events. “That high school band is what makes that, and a lot of those kids came to Zumba. It’s always interesting, the teens that come and get involved. You realize how connected you are,” she said.

Ms. Zani credits Tom Perrotti, the former musical director of Common Fence Music, for urging her to apply for the RISCA grant. “Because they only rent the hall, that group couldn’t apply for any grants,” she explained.

The music series is one of the programs expected to benefit from the grant, which will be used in part to make improvements to the downstairs area now being utilized for the after-school program. Although it’s a fun place to be — there’s pool, ping pong, a basketball shooting arcade, booths, mini-theater area, trampoline and more — it still has a “basement feel” to it, said Ms. Zani. Improvements will include new dry wall, floor and stairway, drop ceilings, windows and an elevator or lift.

“The idea is to make it safe, accessible, warm and inviting,” said Ms. Zani, adding that it also could serve as a reception area for patrons of Common Fence Music before shows. “People who come to a concert now line up outside because they’re doing sound checks and everything,” she explained. “They don’t do concerts in January, February and March, simply because they cannot ask people to wait outside.”

To make the CFPIA’s vision a reality — the entire scope of the project is estimated to cost $485,000 — the group needs help.

“I hope to get people involved, to make the most of this gift to Portsmouth. I think this could be a game-changer,” said Ms. Zani, who urged interested people to send an e-mail to conleyzani@me.com or commonfencepoint@gmail.com.

“We need more things that bring us together as a community, because I think we’re in a time when families are turning inwards for very real reasons. But, I think when you decide where your home is going to be, that sense of connectedness is a really big piece of that and that’s what we’re trying to drive here,” said Ms. Zani.

“I especially think in a place like Portsmouth, where we really don’t have a town center, gathering places take on increasing importance.”