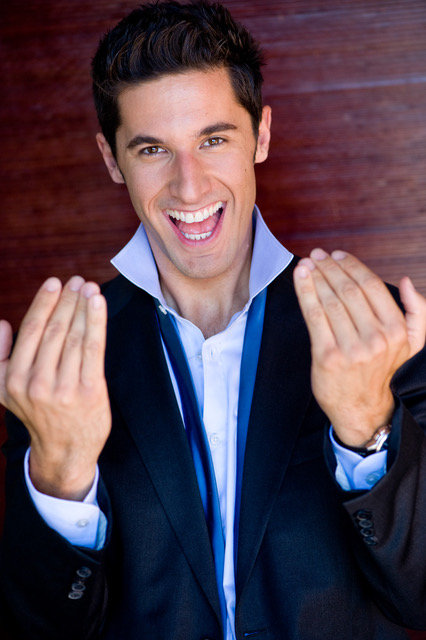 Fr. Christian Anderson is bringing his one-man show, “Jesus Was Not a Doorman” to Bristol on Sept. 10.
Posted Wednesday, August 24, 2022 1:57 pm
Event Details

It may sound like an elevator pitch for a sitcom, but this is the life story of Father Christian Anderson, an ordained Episcopal Rector who came to the ministry by way of the entertainment industry in Los Angeles and Chicago. With acting, producing, and directing credits, Anderson has appeared in sitcoms, soap operas, commercials, and Shakespeare festivals.

Yet, he says that it was always in his heart — since about the age of 10 — to be a priest. For a time while he was in his 20s and making his way in Hollywood, his “survival job” (his words) was working the door at a hot Los Angeles nightclub, deciding who would (and would not) get to make the scene.

That these two seemingly conflicting trajectories gave him an interesting perspective on life and faith is an understatement.

“There was a lot of sex, drugs, and rock and roll,” he said. “And I would get myself in these situations where there would just be this balance of God and insane hedonism…I just had to laugh. I realized I wanted to start writing down these stories.”

One night he was hanging out with his friends at the club — they called him “Church Boy” — and something happened that Anderson recalls as being the beginning of his personal evolution.

“A girl called me out. She told me I was using the church as a safety net….and she was right,” Anderson said. “We try to have our cake and eat it too, and often the people who call you out are the people who you might be judging. I was judging them to feel better about myself. That helped me to finally understand it was time to grow up and live the values that I want.”

“I loved acting and having a great time out in Hollywood, and I also felt this call to God. So how do I stay committed to this higher calling and just trust that it's going to be good if I leave one behind? The show really does explore that journey.”

The stories that Anderson collected eventually made it into his autobiographical one man show, “Jesus Was Not A Doorman.” Described as a wild, fast-paced, action-packed adventure of temptation, power, and trying to do the right thing, the show has Anderson expertly moving between 27 characters in one hour, bringing to life his unique story.

“The show is meant for entertainment, to be a good story,” Anderson said. “Now I'm a priest. And I have a responsibility to the people who come to see it, because I don't want anyone to get offended,” he said, cautioning that there is some strong language and adult situations.

“First and foremost, I think the church has to be good storytellers,” Anderson said. “We used to be really good at that…and then something happened where we just kind of lost that ability to to effectively tell the story of the gospel to a modern audience.”

“Jesus Was Not a Doorman” is being sponsored by the St. Mary Church Access to Experts Programs. Each performance will be followed by a question & answer period.