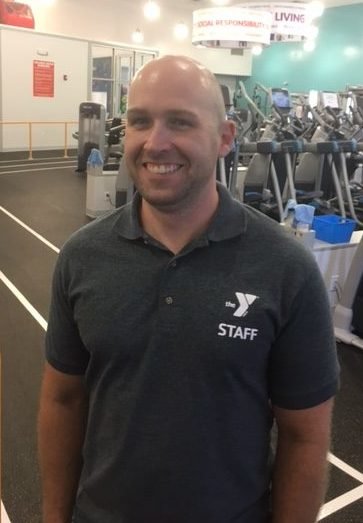 A longstanding YMCA employee, Mahoney said he is looking forward to be rejoining the Greater Providence team – the place where it all began for him. In his new role as Regional Executive Director, he will oversee both the Newman and Bayside YMCAs.

“I am excited to return to the Greater Providence Y, an organization with a long history of supporting and strengthening its neighborhoods and communities,” Mahoney said. “Additionally, I am excited to work in the same town in which I live, because it will allow me to positively impact the community where my children are growing up. Obviously, I already have some skin in the game. The Greater Providence Y is a premier organization, and I look forward to working in these branches and serving the communities of Barrington and Seekonk to my utmost ability.”

Mahoney began his career at the Newman YMCA in the summer of 2000 as a camp counselor while also going to college. After holding a variety of positions at Newman, he was elevated to the role of Teen Director, where he also assisted with the summer camp and youth sports programs. In 2006, he moved to YMCA Southcoast and worked in Fall River and Wareham as a Program Director, overseeing elements of wellness, group exercise and youth sports programs. While at the Gleason YMCA in Wareham, he grew the youth basketball program from 40 participants to over 200.

In 2011, Mahoney made the move to the Hockomock Area YMCA in North Attleboro where he eventually served as the Senior Director of Membership. In this role, he was responsible for the day-to-day operations of Membership, Wellness, Group Exercise, Child Watch, Enrichment, and Family programming. While at Hockomock, he was also involved with their Livestrong program and Healthy Futures Initiative, which was tasked with implementing child and family-focused healthy programming outside the Y and throughout the community.

Mahoney returned to the Southcoast YMCA to man the helm of the Dartmouth YMCA in 2015. The Harvest Community Farm at the Dartmouth YMCA is considered the single largest volunteer operation of any YMCA in the USA; 100,000 pounds of produce was donated annually to the community under Mahoney’s leadership. he took over as Executive Director of the Stoico/FIRSTFED YMCA in the summer of 2017, serving the communities of Swansea, Somerset and Dighton.

"The Greater Providence YMCA is bringing in what we like to refer to as homegrown talent. Mike's vast experiences within the YMCA will bring a much-needed perspective,” O’Donnell said of Mahoney’s appointment. “His ability to thrive in all aspects of a YMCA career and bringing those talents to us is aligned with our overall strategy.”