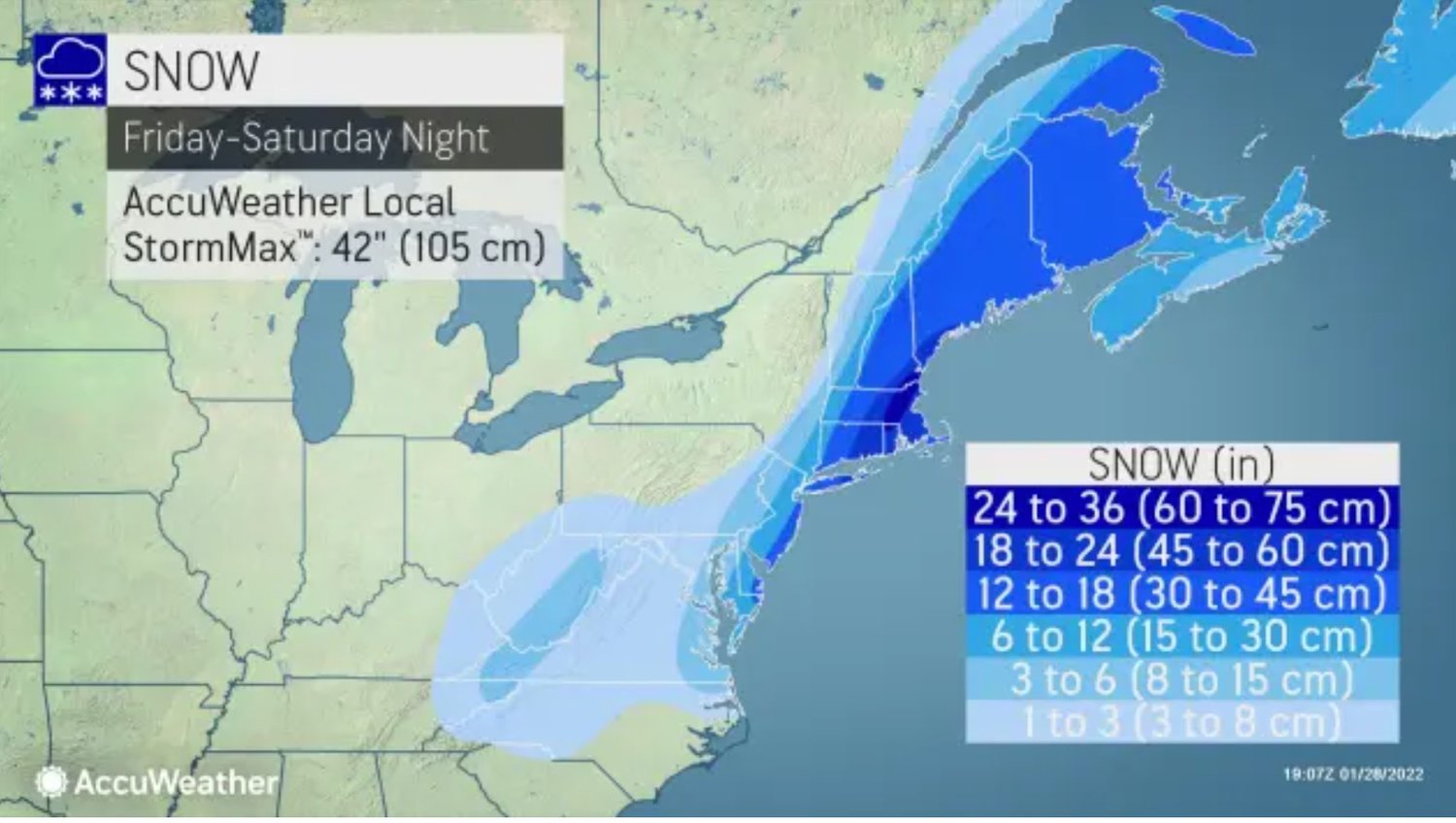 Accuweather forecasters are predicting 2 to 3 feet of snow for southern New England.
Posted Friday, January 28, 2022 8:16 pm
With heavy snow and high winds expected to create blizzard conditions and treacherous driving on Rhode Island roads tomorrow, Gov. Dan McKee has issued an executive order setting in place two types of travel bans.
From 6 a.m. to midnight, all tractor-trailers, except those carrying emergency supplies, will be prohibited. From 8 a.m. to 8 p.m., a general ban on all motor vehicles will be in effect. Further details on both restrictions can be found here. The bans are for all state and local roads in Rhode Island.

"Residents across the mid-Atlantic and New England on Friday are bracing for a major weekend snowstorm as a nor'easter is forecast to develop and rapidly strengthen into a bomb cyclone as it moves northward along the Eastern Seaboard. AccuWeather forecasters say the storm could unload over 3 feet of snow and up to 90-mph winds as it pounds eastern New England and creates an all-out blizzard — one that not only has the potential to be a top-five winter storm for cities like Boston but could leave a lasting impression on the region for this decade and perhaps many more to come.

“This is going to be a dangerous, life-threatening storm, especially in southern New England,” AccuWeather Chief Meteorologist Jon Porter said.

"The rapidly strengthening nor’easter is likely to be the strongest and most disruptive snowstorm and blizzard in several years for portions of New England and the immediate mid-Atlantic coast due to ferocious winds and snowfall rates that will have the ability to strand motorists, shut down major highways and airports and leave some communities isolated and in the dark."