Grand Marshal, 106, won't attend parade but will be there in spirit

He won't be there in person, but Eddie "Fast Eddie" Beaulieu will be on the minds of many marchers when Westport holds its annual Fourth of July parade Monday morning.

Grand Marshal, 106, won't attend parade but will be there in spirit 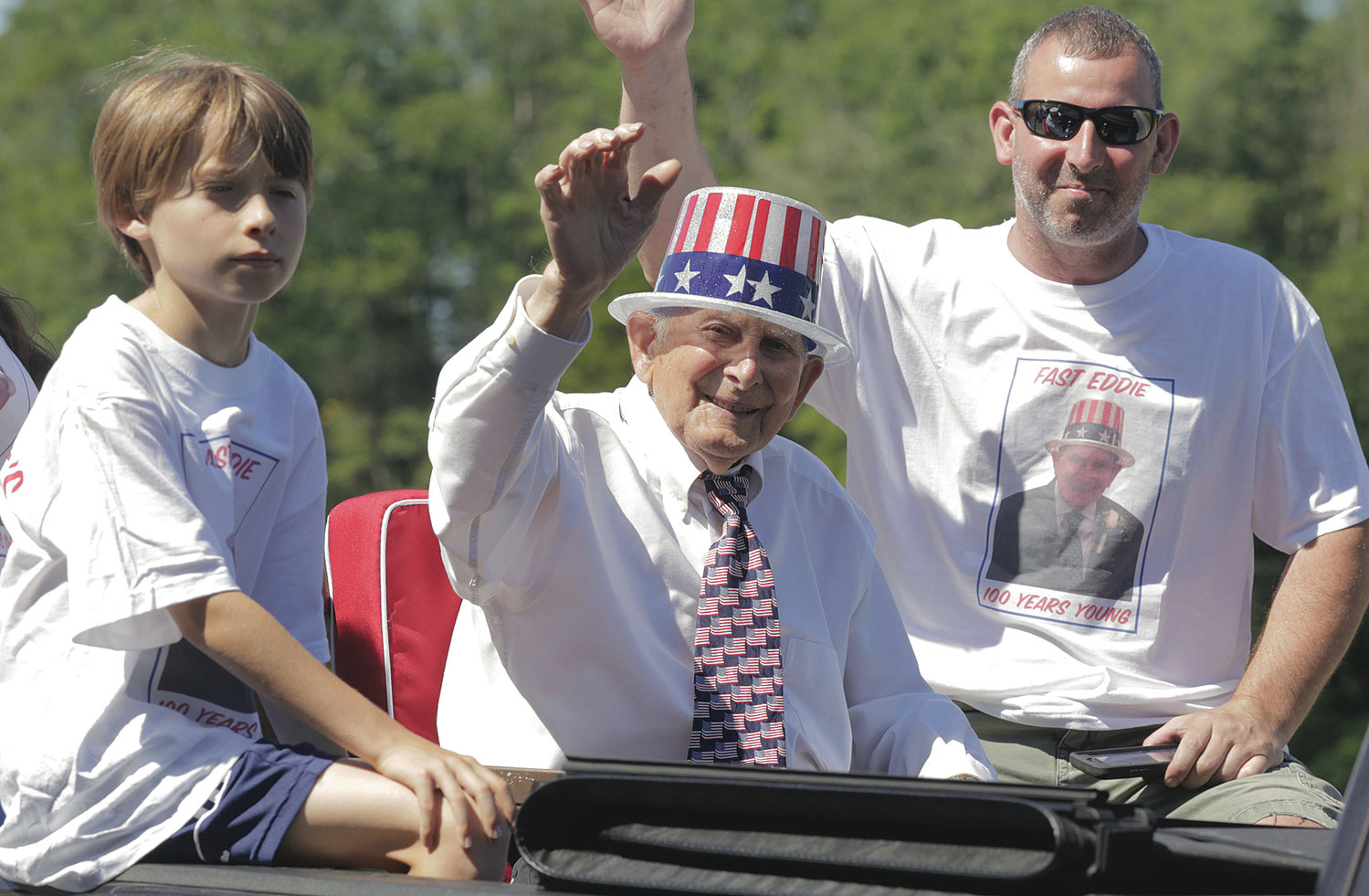 He won't be there in person, but Eddie "Fast Eddie" Beaulieu will be on the minds of many marchers when Westport holds its annual Fourth of July parade Monday morning.

Beaulieu, who is 106 years old, is the Grand Marshal of this year's parade, but parade committee chairman David Palmer said Monday that Beaulieu will be at home for the big day, unable to participate. Still, the antique car nut and founder of Beaulieu's Garage on Sanford Road is a key part of the festivities, Palmer said, and his contributions to the town are among the reasons why he named him marshal even though he knew he likely wouldn't be able to participate.

Palmer grew up close friends with the Beaulieu family, went to school with his youngest son, and is best friends with Beaulieu's grandson. He shares Beaulieu's affinity for vintage cars, and apart from Fourth of July festivities has organized a few private car parades for his old friend over the years. One recent year, more than 100 vintage car owners participated; the next year, there were more than 50.

"He's just done so much" for the community, Palmer said.

Though he's excited about this year's festivities, Palmer said this will be his last year as the head of the parade committee. Though he said the same thing last year, "I got roped in one more time," he joked.

This will be Palmer's 11th year as head of the committee, and it's always a job he loved and aspired to do well. Growing up as a kid in Westport, he loved the parade and always made sure to watch it and grab as much free candy as he could along the way.

"When you're a kid, the whole reason you go is to get candy," he said. "You don't go to see the best float."

Decades later, he said many of the kids he watched the parade with decades ago are still reaching out for that free candy, and he's happy to oblige, though insurance dictates that no one is allowed to throw out candy from a moving vehicle.

"But if I don't see anything happen, there's nothing I can do about it," he winked.

When he took over the parade organization honors from the Westport Fire Department, he did so because he didn't want to see the 100-year plus tradition go by the wayside. He figured he would put in three years at the helm, but three turned into 10, and now to 11. Though he has agreed to stick around for this last year, he said next year he will not be in town for the big day. He and his wife will be watching festivities, and fireworks, in Conway, NH, where they visit six or seven times a year.

In the meantime, he is looking for non-profit organizations who will take over the reins and run the parade in the coming years. He said he's been speaking to at least two groups, but said it's too early to say for sure who will be in charge.

As for the parade itself? "It's going to basically be the same as other years. We really don't know who's going to show up until the morning of the parade. It can fluctuate. If it's a beautiful day, it's a 50/50 tossup whether people will be on their boat, at a family function or at the parade." If it's really hot, there will be fewer old old cars, as they can overheat. If it's a bit drizzly, there will be fewer fancy cars, as the owners don't like to get their high gloss paint jobs wet.

Either way, he said, it will be fun.

NOTE: This year's parade starts at Central Village at 10 a.m. and ends at the old high school. Arrive early. Roads close at 9 a.m. and a sign-up and line-up starts at 8 a.m. There will be ribbons for winners in the antique cars, tractor and float divisions. Antique cars should line up at Beech Grove Cemetery, and tractors line up on Main Road near Perry's Bakery.