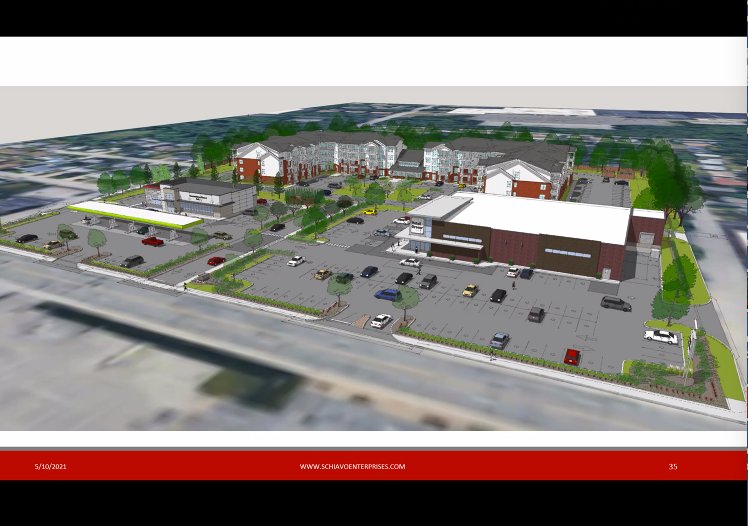 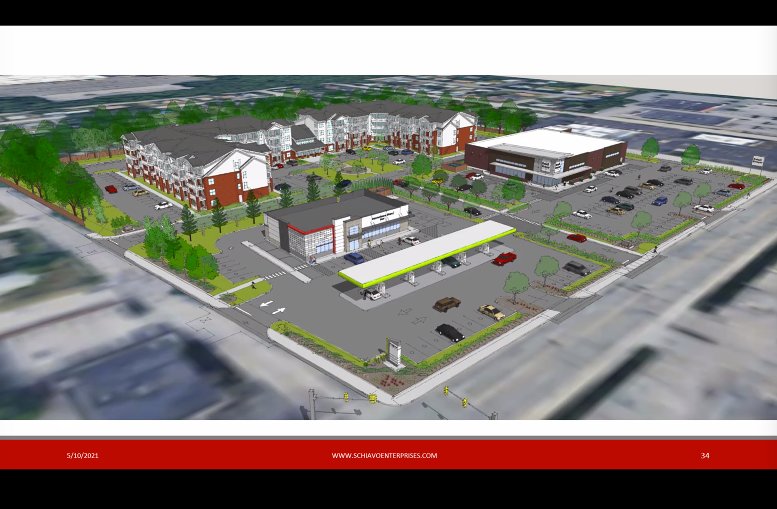 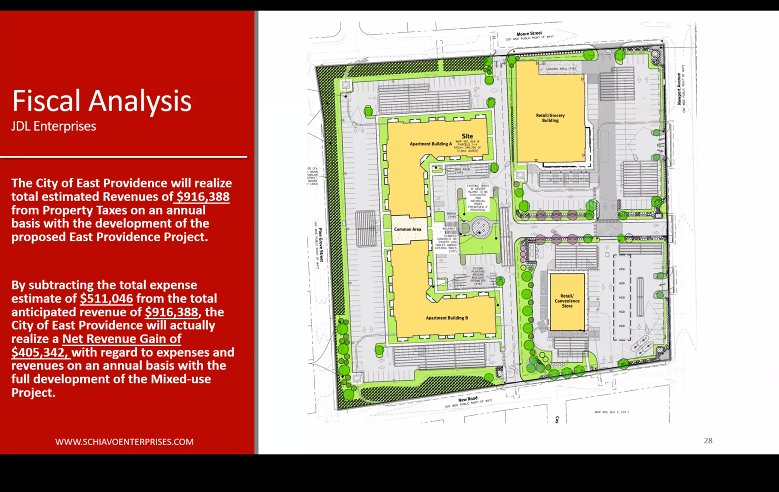 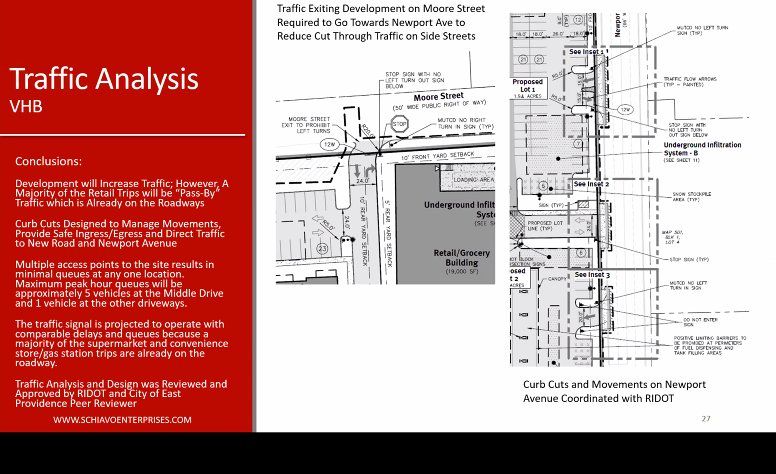 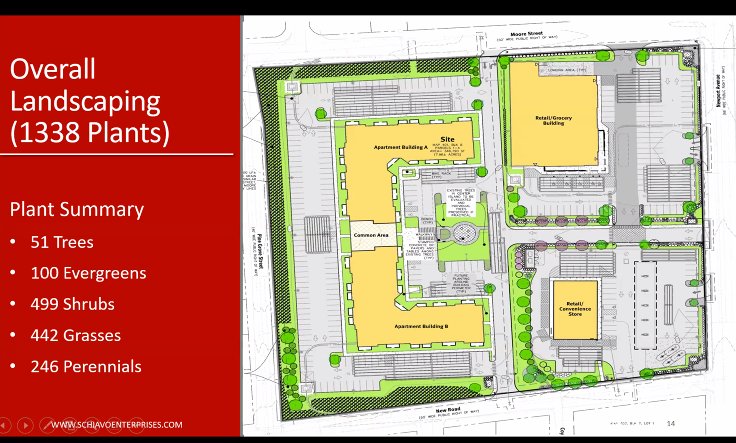 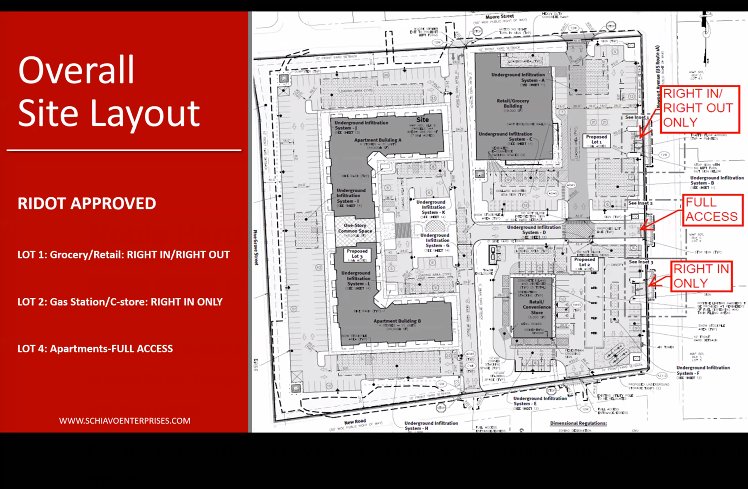 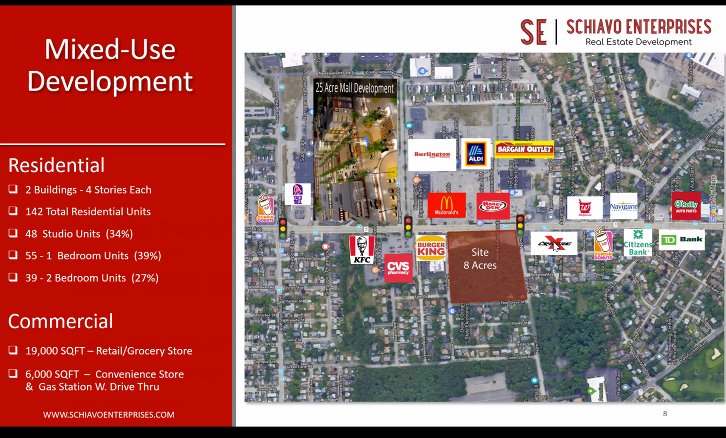 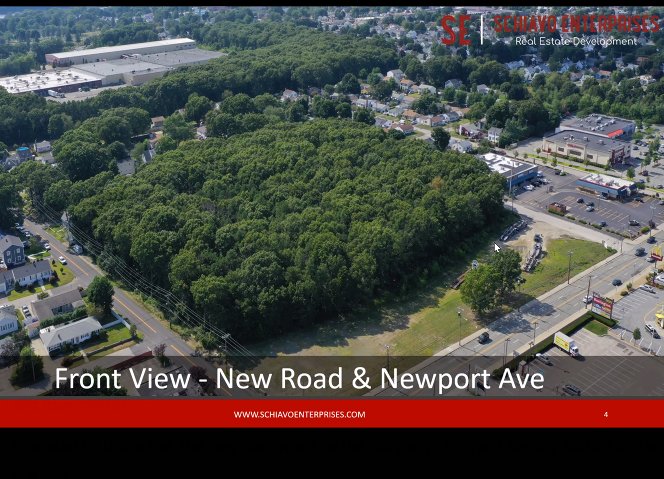 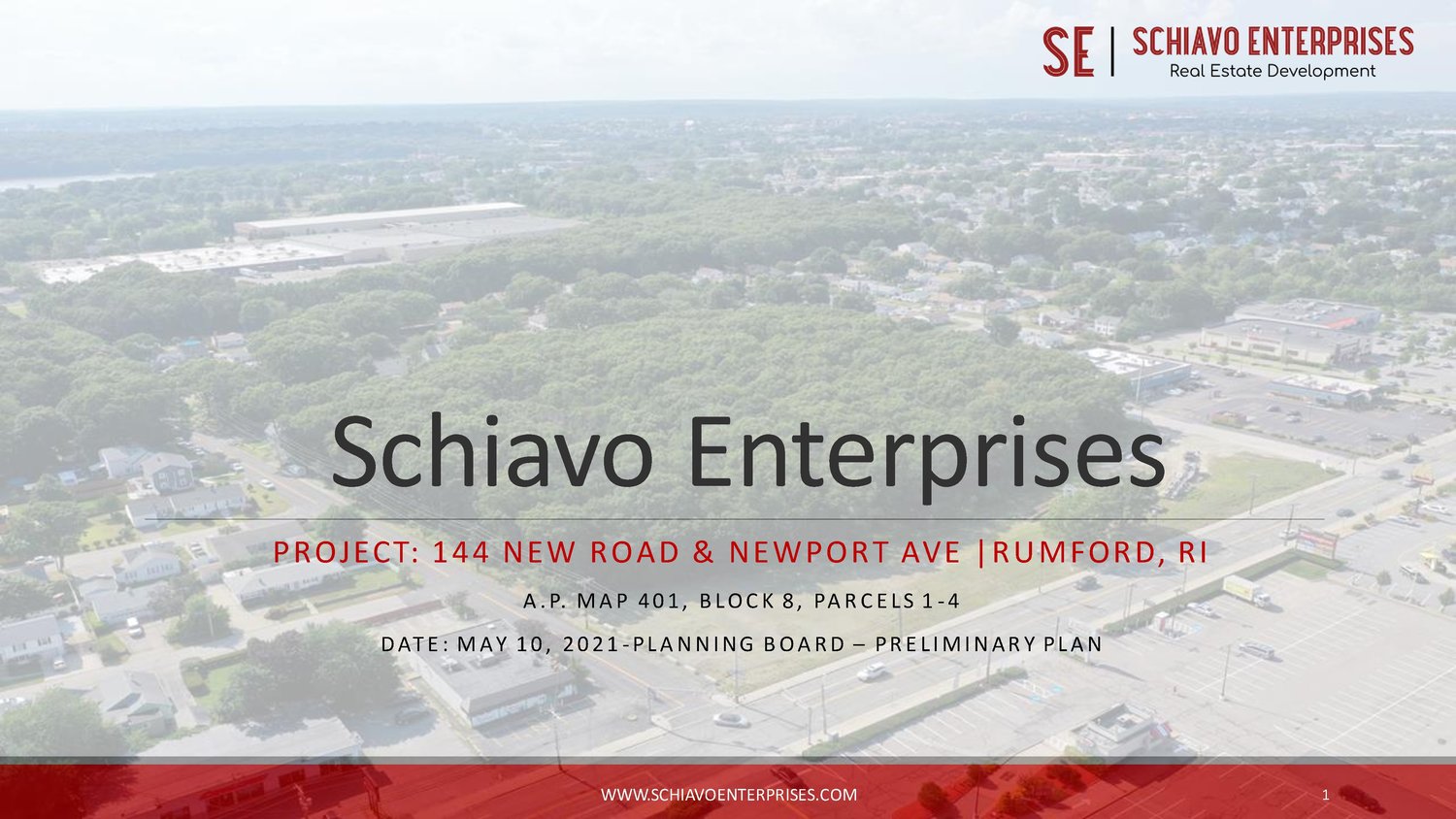 EAST PROVIDENCE  — The mixed-use development proposed for the long dormant parcel on Newport Avenue abutted by New Road and Moore Street was approved by the Planning Board at its May 10 meeting.

“Newport Center,” as called by owner Schiavo Enterprises, LLC, can move forward with the construction of two four-story apartment buildings, a gas station/convenience store and a commercial outlet, the stated intention for the space to be a grocer.

Schiavo estimates its investment in the project to be upwards of $40 million. The likely start of site work on the eight-acre parcel is this fall.

Of the 142 total residential units, 48 will be studios, 55 one bedrooms and 39 two bedrooms. The units will be rented at “market” rates.

The project came to fruition after the City Council approved a zone change in 2020 for the property from a more limited Commercial C-3 to a commercial mixed-use district.

In his introductory remarks, City Planning and Economic Development Director Bill Fazioli said, “I think this development is exactly what that area needs.”

He noted, although there are likely to be “tradeoffs with traffic and congestion,” the “net benefits outweigh the costs.”

The city is expected to net some $405,000 in property taxes annually upon full development of the site from the total of $916,388 in levies issued on the residential and commercial buildings. That figure represents a near seven-fold increase from the current $57,519.36 the city gets in taxes on the land per annum.

The board voted 6-0 in support of the proposal. One member was absent from the proceedings.

“I echo the comments made by other members. This was a very professional, thorough presentation. I commend the city staff, the applicant and the various experts who worked on this project,” said board chairman Michael Robinson prior to the vote. “They were very diligent, a lot of hard work went into it. I think it is an outstanding project and I will support it.”

K. Joseph Shekarchi, a lawyer and Speaker of the Rhode Island House of Representative, was presenting counsel for the applicant.

Mr. Shekarchi said Schiavo had taken into consideration several of the concerns expressed by residents throughout the near two-year design process.

He specifically cited the added dimensions of the buffer zones between the development and the neighbors on New Road, Moore Street and Pine Grove Street.

A total of 1,338 plantings are included in the landscape design, including 51 trees and 100 evergreens as well as 499 shrubs along with grasses and flowers.

As described by project consultant Brandon Carr, of DiPrete Engineering, several of the existing mature trees will remain to be part of the 30-foot buffers on the three sides of the site, which will also include six-foot high fencing.

In addition, Mr. Shekarchi announced AR Building, which constructed the apartments at Kettle Point in city, is the contractor for the residential component.

As for the other potential proprietors, Mr. Shekarchi said the “grocer coming in is world class who you will recognize” and already operates in Rhode Island.

The owner of the gas station/convenience store, he said, is a “high quality, respected New England name.”

The main reservations expressed by a handful of residents during the meeting was about traffic, the impact it would have on Moore Street and New Road.

Robert Clinton, an analyst with the transportation engineering firm of Vanasse Hangen Brustlin, said his study deemed the increase in vehicles at the location would be minimal. In industry parlance, Mr. Clinton called it “Pass-By” traffic, which is already prevalent on a high volume thoroughfare like Newport Avenue.

Mr. Clinton's analysis was considered by the Rhode Island Department of Transportation, which  approved the site access plan presented by the developer, and peer reviewed by Pare Engineering, hired by the city to examine the traffic data he submitted.