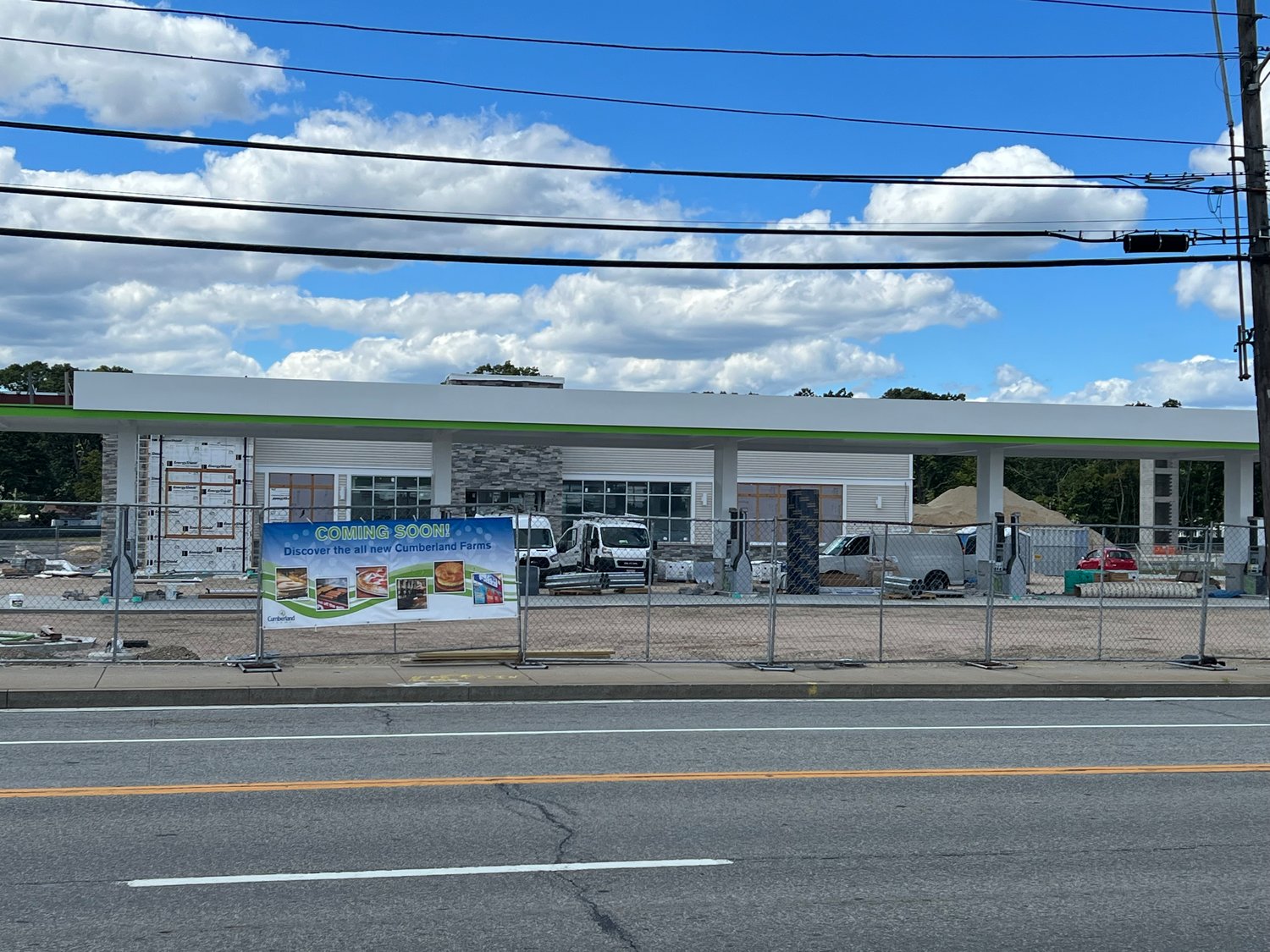 A view of the new Cumberland Farm convenience store on Newport Avenue from earlier in the summer of 2022.
Posted Thursday, October 6, 2022 6:00 am
By Mike Rego

A request heard last week by the City Council from Cumberland Farms seeking to have its latest franchise in city located on Newport Avenue as part of the “Newport Center” mixed-use development be open 24 hours a day was resoundingly rejected.

The five-person council at its October 4 meeting unanimously voted against the petition, which would likely have greatly impacted the New Road neighborhood and abutting locations.

Each of the members expressed their opposition prior to the vote and after several residents of the area spoke against the proposal in-person while a number of others submitted letters to be read into the record.

The Cumberland Farms store is the first element of the three-prong “Newport Center” development to come on line. It is expected to be open for business by the end of the month, according to city Planning and Economic Development Director Bill Fazioli.

At-Large Councilor Bob Rodericks’ comments were representative of his peers on the body, all of whom were also against a previous attempt by the regional convenience store giant to have the Newport Avenue store open 24-7 when the notion was broached earlier in the oversight process.

He noted Cumberland Farms has been a “good company” for the city. He said it’s previous most modern updated location, at the intersection of Pawtucket Avenue and Wampanoag Trail, was “extremely successful” and “widely accepted” by residents of that Kent Heights neighborhood, albeit situated in a location a bit different than the one rising up on Newport Avenue.

Rodericks, however, said an operation the scale of Cumberland Farms did not “need” to be open 24 hours, adding he did not “think it’s good” for the New Road neighborhood, specifically, and the area in Rumford from the split at Newport and Pawtucket Avenues north to the border of the City of Pawtucket overall.

Rodericks quoted the words from one of the submitted letters, saying “while I welcome Cumberland Farms as a neighbor I don’t welcome the 24 hour request.”

He added the neighbors were not being “belligerent,” but that they were “trying to work with (Cumberland Farms), adding “they’re saying to a person they don’t want it.”

The project, the seeds of which were first discussed in 2019 and in earnest in 2020, received its final approval from the Planning Board in May of 2021.

When approved some 18 months ago, the 6,000 square feet gas station/convenience store included a drive-thru lane.

Of the 142 total residential units, 48 will be studios, 55 one bedrooms and 39 two bedrooms. The units will be rented at “market” rates.

The city is expected to net some $405,000 in property taxes annually upon full development of the site from the total of $916,388 in levies issued on the residential and commercial buildings. That figure represents a near seven-fold increase from the current $57,519.36 the city gets in taxes on the land per annum.

Several neighbors did express opposition to the proposal when it originally was introduced back in late 2019-early 2020.

Among the issues, they cited the potential increase in traffic, uptick in enrollment at Francis Elementary School along with possibly more light and noise pollution as well as diminishing "green" space.

Schiavo committed to making use of the existing small forest of trees on the property, which had been dormant for the better part of five decades, if not longer, and often was used as a dumping ground by residents in and around the area.

The proposal included a total of 1,338 plantings in the landscape design: 51 trees and 100 evergreens as well as 499 shrubs along with grasses and flowers. Many of the existing mature trees were supposed to remain, forming 30-foot buffers for the neighbors on New Road, Moore Street and Pine Grove Street, which will also is anticipated to include six-foot high fencing.