A Westport woman lost a beloved emu this week to what she suspects was either a coyote or, less likely, a bear attack. 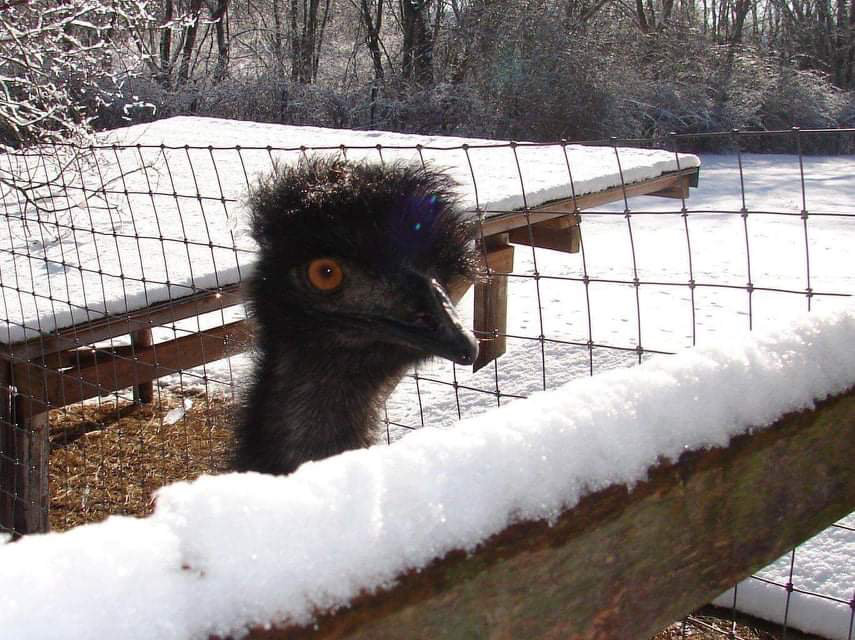 A Westport woman lost a beloved emu this week to what she suspects was either a coyote or, less likely, a bear attack.

Digger, a 100-pound emu about 20 years old, was dragged from its pen on Gifford Road and found on the bank of the Westport River's east branch, a distance of approximately 500 yards.

The bird was owned by Za Ciccotelli, whose late husband John got it and another emu as pets in the late 1990s. John's sister Rose said Wednesday that Za discovered the bird around 6:30 a.m. Tuesday, following a trail of feathers down to the river; the other emu had died this past Spring of natural causes.

Though there have been no bear sightings in Westport in recent memory, Ciccotelli said she immediately suspected a bear or some other large predator, as Digger's pen had been pulled open. Had it been a coyote, she said "It could have just gone under the fence."

The nature of the emu's injuries also led her to believe that it was not coyotes. While they are regularly heard in the area, Za didn't hear any baying Monday evening or early Tuesday.

On Tuesday, Ciccotelli called Westport police "just to let them know that there's a very large predator" in the area, and also placed a call to Massachusetts fish and game. As of Wednesday, she hadn't heard back.