Centenarian was a lifelong Westport resident

Centenarian was a lifelong Westport resident 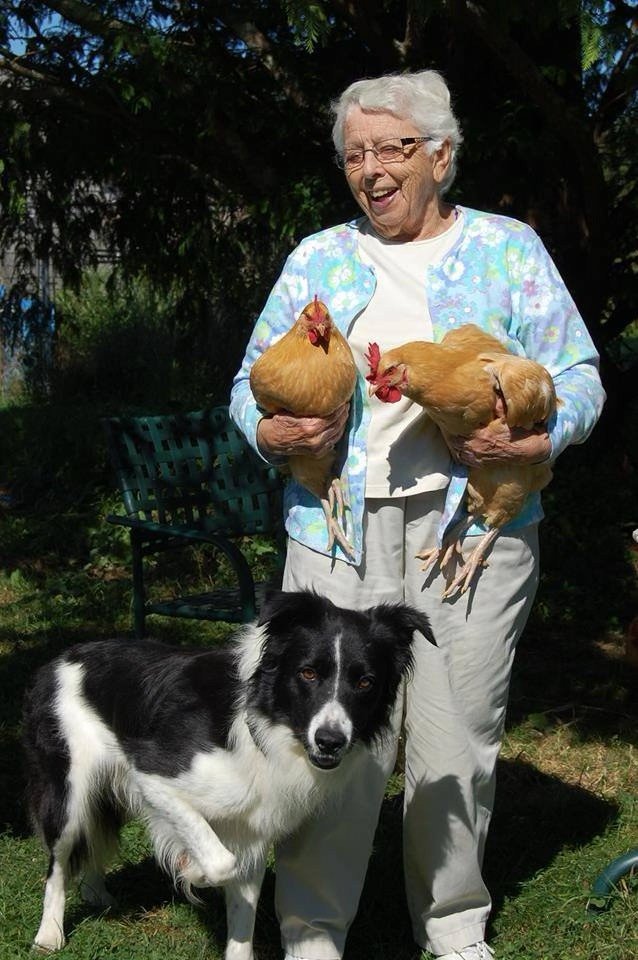 Elinor Barbara Gay, a lifelong resident of Westport, Mass,, passed away during her 102nd year of life on June 12, 2022. Elinor was born on March 23, 1921, the youngest of six children born to Captolina and John Lewis, both immigrants from the island of Sao Miguel in the Azores of Portugal. Elinor was predeceased by her husband, Cecil, and her sisters, Mary and Rose, and her brothers, John, Marion, and Alfred.

Elinor married Cecil Gay, her late husband, in 1943, when Cecil was stationed with the US Army at Cape Cod and before he returned overseas to serve in Belgium during World War II. Cecil was from Texas but always wanted to return to Westport where he joined with Elinor to raise their family. Elinor’s mother, her children’s beloved “Vavo” lived with Elinor’s family until her death. Elinor is also survived by her two children: her son, Paul and his wife Viola, and her daughter, Elizabeth and her husband John Pelletier. Elinor is also survived by her two granddaughters: Rebecca Zoe Bachtel; and Molly Donaldson and her husband, Kirsjitian “Chip” Donaldson, and Elinor’s great-granddaughter and namesake, Zadie Elinor Donaldson, who live in Australia.

Elinor’s education began as a first and second grade student at the Point School and she completed grades three through six at Booth’s Corner Elementary School, grades seven and eight at the Westport Factory School, and graduation from Westport High School in 1939.

While not having attended college, Elinor was an avid learner who read voraciously, especially historical novels, and she always followed her interests and natural curiosity. She was especially interested in people from diverse backgrounds and her kitchen table was often the place where people gathered for good food and communality. Elinor’s special interest in cooking was reflected in her published book of “Elinor Gay’s Collection of Recipes” in 1976.

Elinor had wanted to be an interpreter and she volunteered her time helping new immigrants to learn English and to acculturate their new country, and many remained lifelong friends.

The people who entered Elinor’s life were never forgotten, and she maintained a lifelong practice of letter writing and card sending to people near and far away and over the decades of her long life. The network of people she maintained contact with numbered in the hundreds and she remarkably remembered them on birthdays and other special occasions.

As she turned 99, Elinor still drove her car to Lee’s Supermarket weekly. She was their oldest customer, and she was well known and always greeted by staff and other customers with warmth and celebration. Elinor lived fully in her beloved Westport Village. She worked at Cumberland farms and for many years at the Milton E. Earle School cafeteria where she served as a manager until her retirement in 1982. Her community involvement included her many active years as a member of St. John’s Church, especially the Women’s Guild where she was the historian; and she was a recipient of the Marian Medal in recognition of her special service to the church community. Elinor was also active in the Westport Grange for over 70 years, including a role as chaplain that included opening and closing the meetings with prayer. Elinor served as a poll worker for many years, and she also worked at the Council on Aging where she once led a lifestyle program that emphasized Portuguese culture, worked in companion daycare, and she always enjoyed asking people to share special stories from their lives. She was a member of the Portuguese-American Civic League and a member of a senior group at Our Lady of Grace. Elinor’s special affection for the Blessed Virgin Mary, especially characterized as “Our Lady of Perpetual Help”, was often offered as a blessing to others, both family and friends.

Elinor demonstrated a unique affection and relationship with her many pets over time, including her childhood dog Billy, her beloved Siamese cats (Kerry, Dumpling, Terry, & Solomon), and most recently her cockatiel named Kiwi, her feathered “gentleman” companion of many years. Elinor’s bond with animals was a uniquely special aspect of her life journey and a legacy shared by her children and grandchildren, and likely by her great-granddaughter, Zadie, who always asks to see her grandmother’s Maine Coon cats during facetime calls from Australia.

When recently asked about her “secret” for a long life, Elinor noted that it involved “working hard and being interested in living…and what is next.” And she added that she wanted to be most remembered for “being a friend who brings people together…a lifetime of making new friends and engagement in the Westport community.” No doubt, Elinor’s legacy wish has been well realized in her long and splendid life.

For many months, Elinor has received ongoing support from staff from Southcoast Hospice and the very special care provided by Marilou, Ana, and Carlita, along with recent support from Holly and Jenny. These caregivers have graced the last chapter of Elinor’s long life with their loving attention to her many needs; as they have been always patient, remarkably kind, and devoted in supporting Elinor’s independence and dignity. Elinor’s family will be always grateful for their wonderful service and loving spirit.

A celebration of Elinor's life will be announced at a later date.

Arrangements are under the direction of the Potter Funeral Home, 81 Reed Rd., Westport, MA 02790.