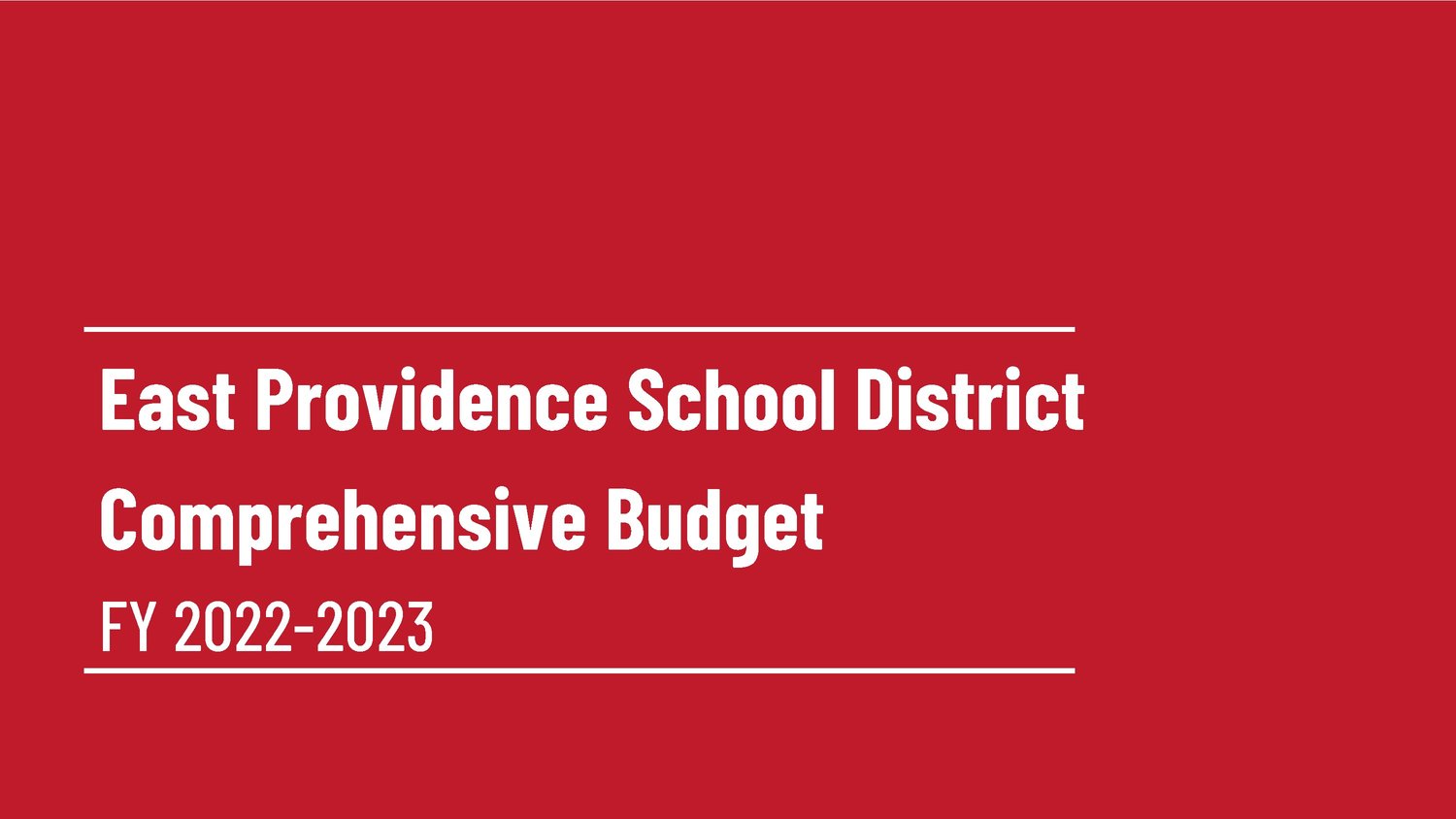 EAST PROVIDENCE — Superintendent of Schools Dr. Sandra Forand made her first draft budget presentation to the full School Committee at the body’s July meeting, the new top administrator proposing to seek over $2 million in additional funding from the city for Fiscal Year 2022-23.

Forand and school side Finance Director Craig Enos, specifically, have put together a budget requesting $2,390,612 more in assistance from the city in an overall projected outlay of $94,169,098 beginning on November 1.

Forand, who was chosen as the next superintendent earlier this calendar year, called her first budget “fair” and one that “addresses some major needs we have.”

The district operated with a total budget of $89,844,519 during FY21-22 under Forand’s predecessor Kathryn Crowley, who was the lead negotiator on all of the current contracts with the school department’s bargaining units.

Forand noted employee salaries and benefits alone account for over $50 million of the proposed budget. Some 75 percent of district teachers are at the top, 12th step of pay. The total also includes budgeting for short and long-term substitute teachers, whom the district has struggled mightily to attract in recent years.

The new super also mentioned the district, surprisingly, did not see the anticipated reduction in state aid even though the poverty level of East Providence’s population is declining. The district will receive $38,104,496 in FY22-23 from the state, some $1.2 million more than it received this year.

Forand, as well, highlighted the city’s continuing lag in support for its schools, something East Providence has long been embarrassingly known for.

The city’s $51,048,990 allocation represents only 44 percent of the district’s existing budget. In comparison, Coventry provides 61 percent of its school budget, Pawtucket 65% and Barrington 83%.

A like municipality that gives less to its schools, according to the central office, is Newport at 33%.

Other points of interest from the preliminary budget presentation included the slight expected increase in enrollment for the upcoming school year from 5,064 to 5,104. The district’s Special Education population, following the latest Individualized Educational Plan evaluations, is also expected to increase from 1,020 to 1,143.

To its benefit, Forand said because of the upgraded Career and Tech curriculum now on offer at the new East Providence High School the district is expecting a $1.2 million increase in tuition from out-of-city students.

The School Committee will consider and vote on the proposed FY22-23 budget shortly, then present it to the City Council for its consideration come the fall. The existing fiscal year for the district and the city ends on October 31.