EAST PROVIDENCE — City-based artist Jennifer Gillooly Cahoon recently completed the first in what she envisions a series of paintings titled “Portraits of a City,” recognizing important figures in … 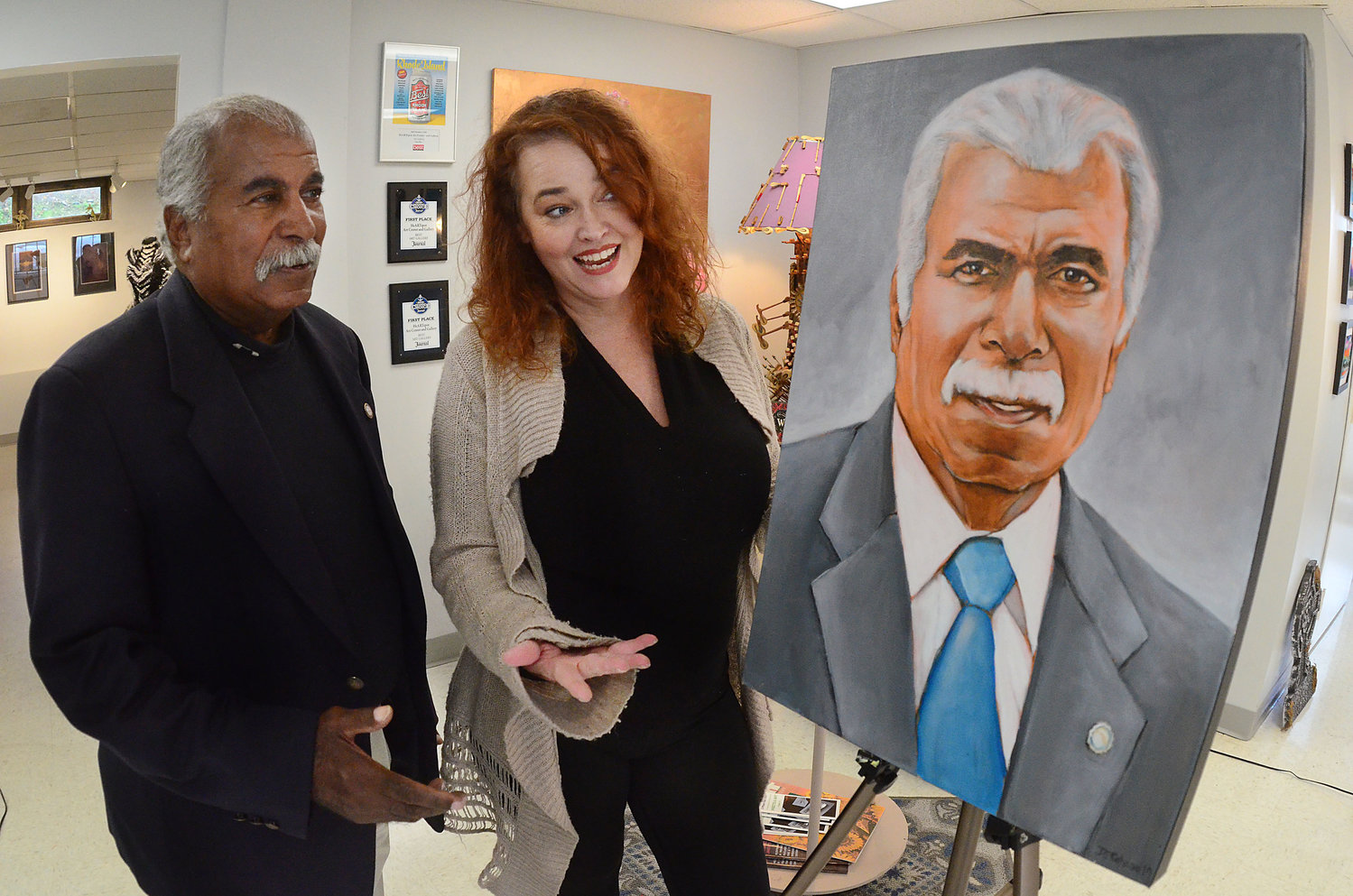 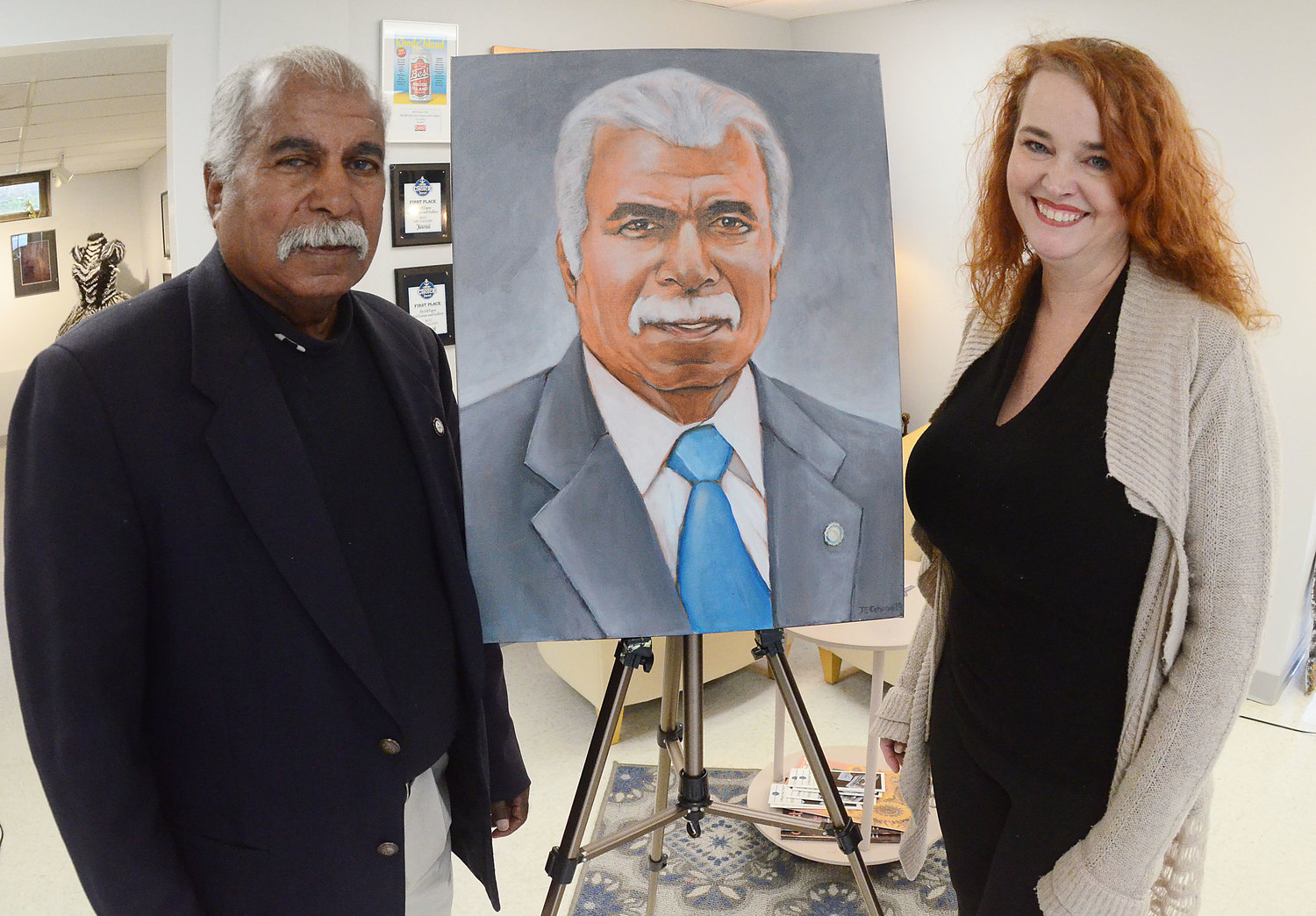 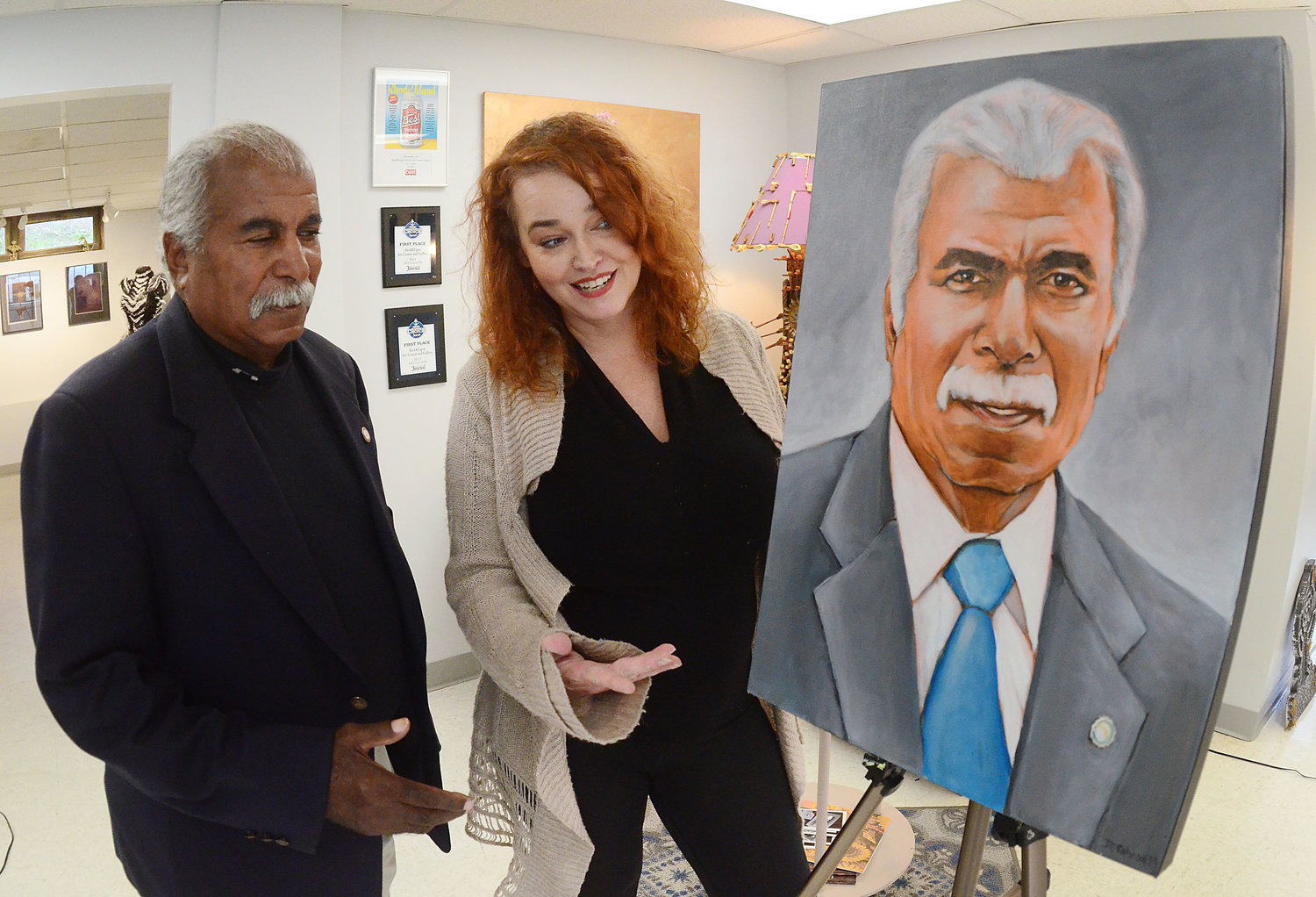 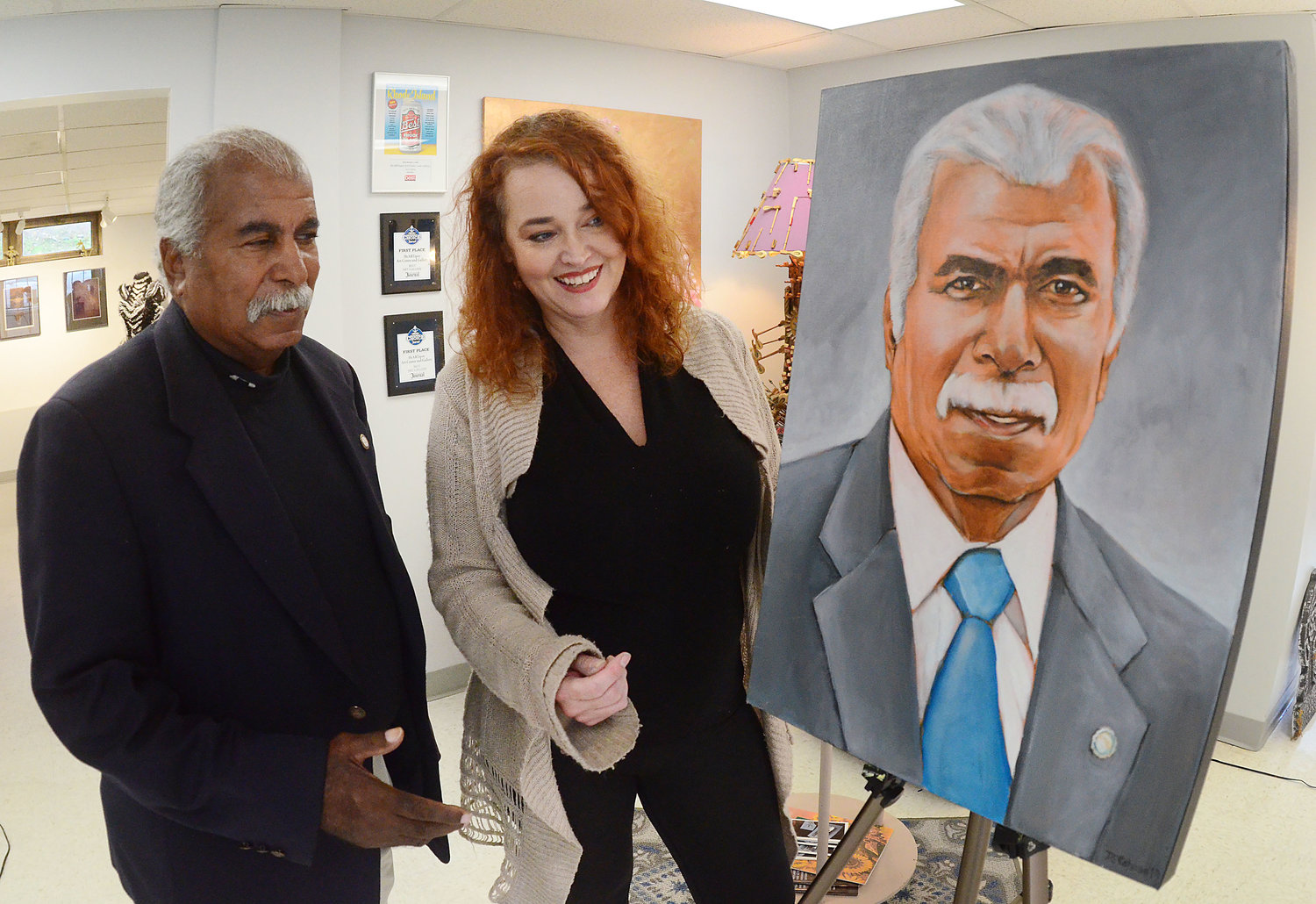 Previous Next
Posted Wednesday, November 6, 2019 9:41 am
Photos by Rich Dionne

Her initial work is of Dr. Isadore Ramos, a product of the city’s school system, a superb athlete as a young man who later became a noted administrator and elected official in East Providence, serving as the council’s first African-American president/ceremonial mayor. A formal unveiling of the piece took place Tuesday night, Nov. 5, at the City Council meeting in City Hall, where the portrait will reside. Ms. Gilloo;y Cahoon recently showed Mr. Ramos (pictured) the completed work at her gallery prior to the council ceremony.

Ms. Gillooly Cahoon, a self-taught painter, former Art teacher at East Providence High School and owner of the HeARTspot gallery on Pawtucket Avenue, received a Rhode Island State Council on the Arts grant to begin the project. The criteria for selecting her first subject was to determine an individual who embodied "Townie Pride", having dedicated much of their lives to the service of making the city a better place to live. The public had input through an email and social media voting campaign.