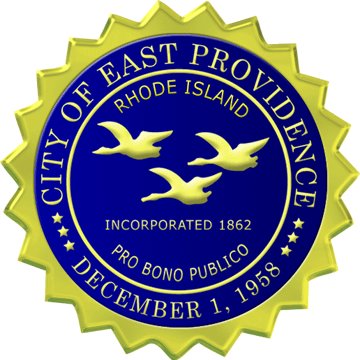 EAST PROVIDENCE — The city was recently among a handful of municipalities from around the state to gain approvals from both chambers of the General Assembly to defer property revaluations for another year, past the usual state-mandated implementation term.

Locally, the administration of Mayor Bob DaSilva and the City Council, through a resolution, urged the Assembly to consider and pass the bill. The council gave its unanimous consent to the resolution, “requesting the Rhode Island General Assembly to pass legislation which authorizes the City to delay the implementation of the most recent revaluation without penalty,” sponsored by Ward 3 member Nate Cahoon at its March 15 meeting.

Instead of updating the values of both residential and commercial properties every three years, which would have taken place by December 31, 2021 East Providence can now wait until the end of the current calendar year. The last statistical valuation completed was as of December 31, 2018.

Other municipalities around the state, including comparable cities like Warwick and Johnston as well as smaller ones like West Greenwich and New Shoreham, sought Assembly approval to defer the implementation of their revals citing what the DaSilva administration referred to specifically in East Providence to an “unstable” real estate market with “large fluctuations in value within the various classes of property.”

The administration further noted, “This was an atypical evaluation period what would have unfairly burdened our property owners with an enormous tax increase at a time when we are all facing higher costs because of global events.”

It should be emphasized that this is only a one-year delay. Unless it petitions the Assembly once again next year and receives another approval, the revaluation process and the figures derived from it will be in place for the budgetary fiscal year of July 1, 2023-June 30, 2024.

Tax bills for FY22-23 about to begin in a few weeks are expected to begin being issued as of Monday, June 13. The City Council approved an operational budget raising tax rates at 1.6 percent, which the administration estimates to include an average year-over-year increase of $70 total per property owner.