Barrington's 12U and 14U teams win

Barrington's 12U and 14U teams win 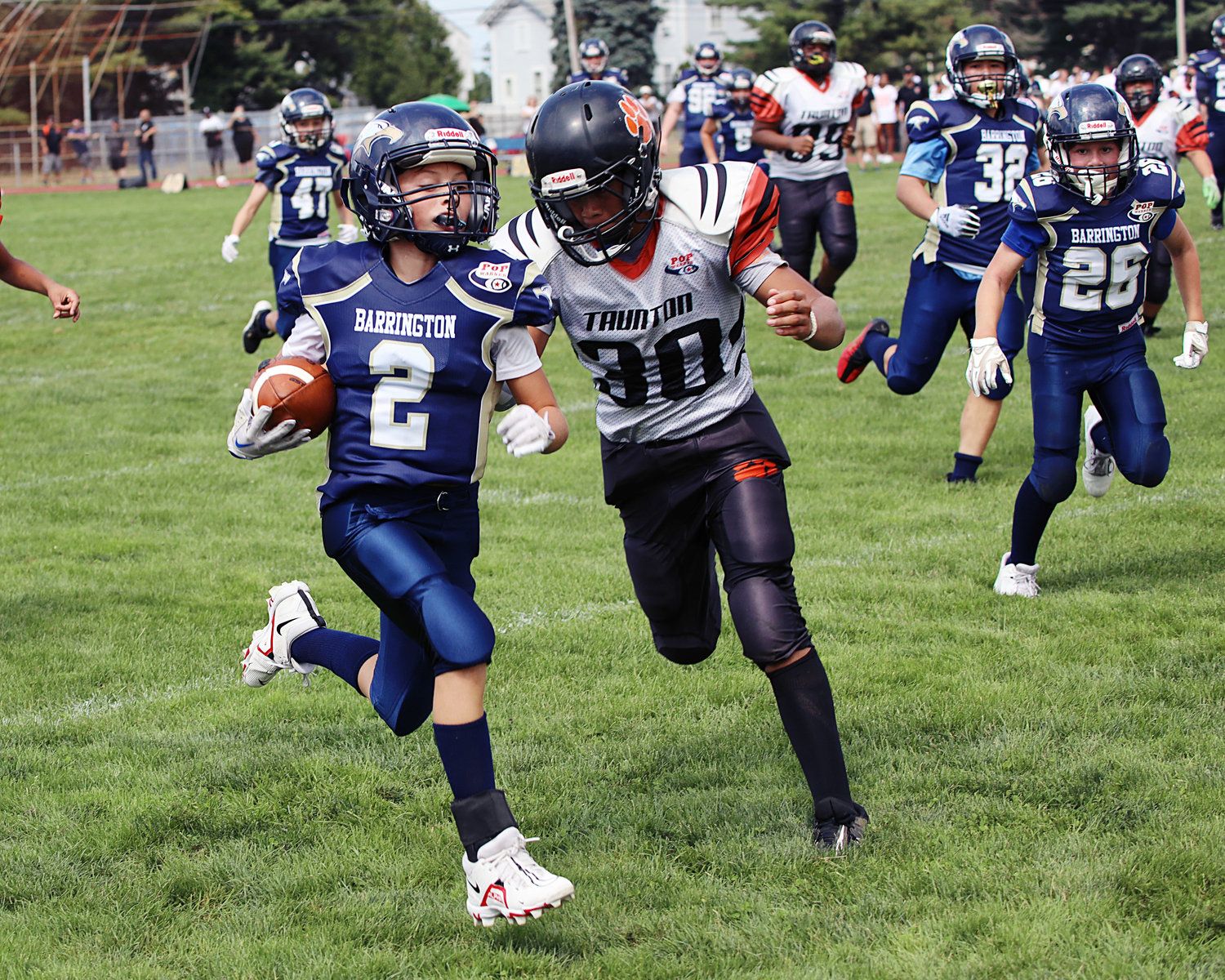 The Eagles' 12U football team evened its record to 2-2 after defeating Dartmouth 32-12 on Sunday afternoon, Sept. 18, in Dartmouth.

Jack Leduc paced Barrington’s running attack — he gained 170 yards and scored a touchdown. Thayer Got also scored a rushing touchdown for the Eagles, and Eddie Wong broke off a 60-yard touchdown run for Barrington.

In the 14U football game, Barrington knocked off Dartmouth 6-0 — Eagles’ quarterback Luca Rigamonti found receiver Jacob Simon for a touchdown pass with only 20 seconds remaining in the game. The connection covered 30 yards.