Shortly after the boardwalks were opened, bicyclists were … 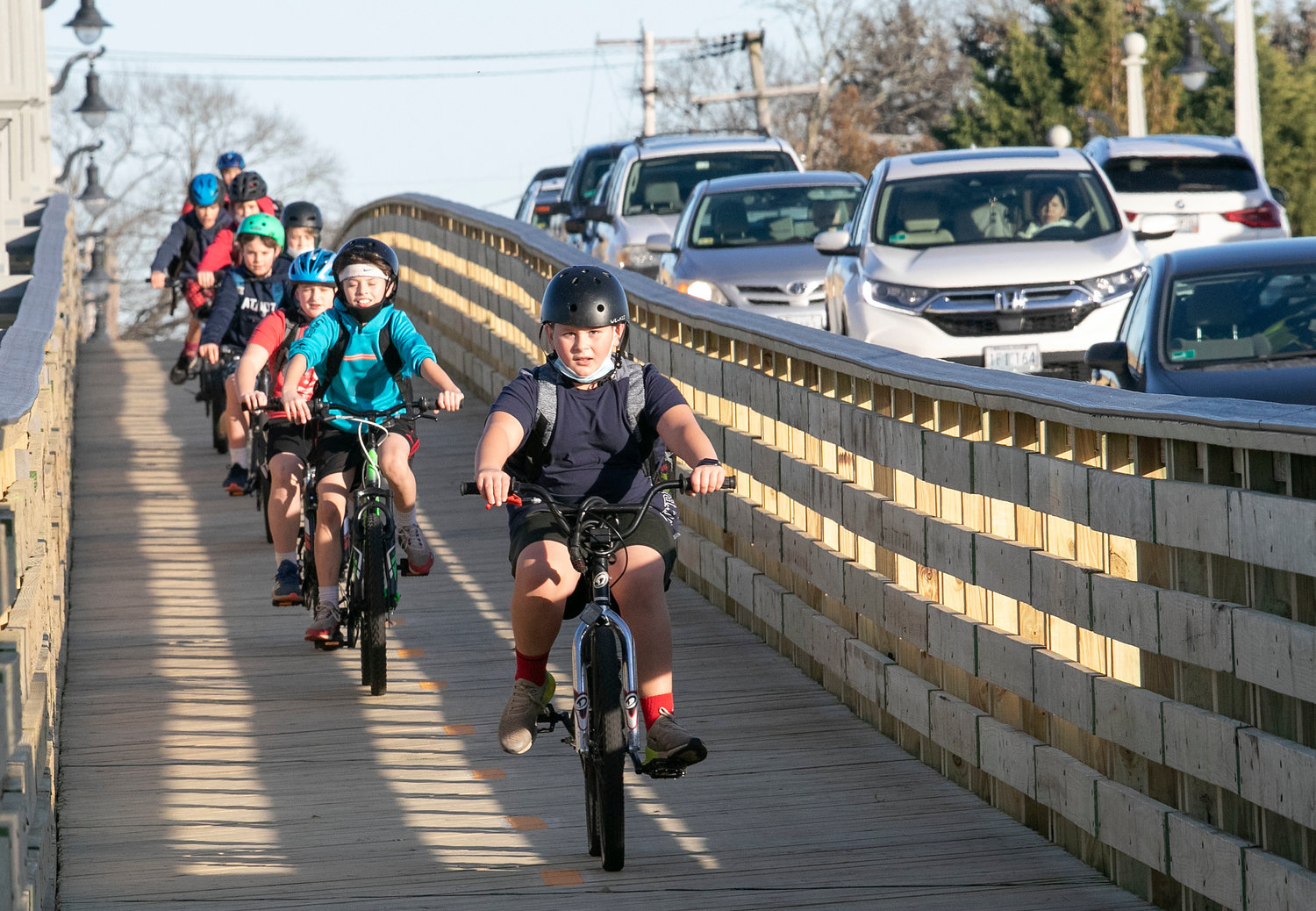 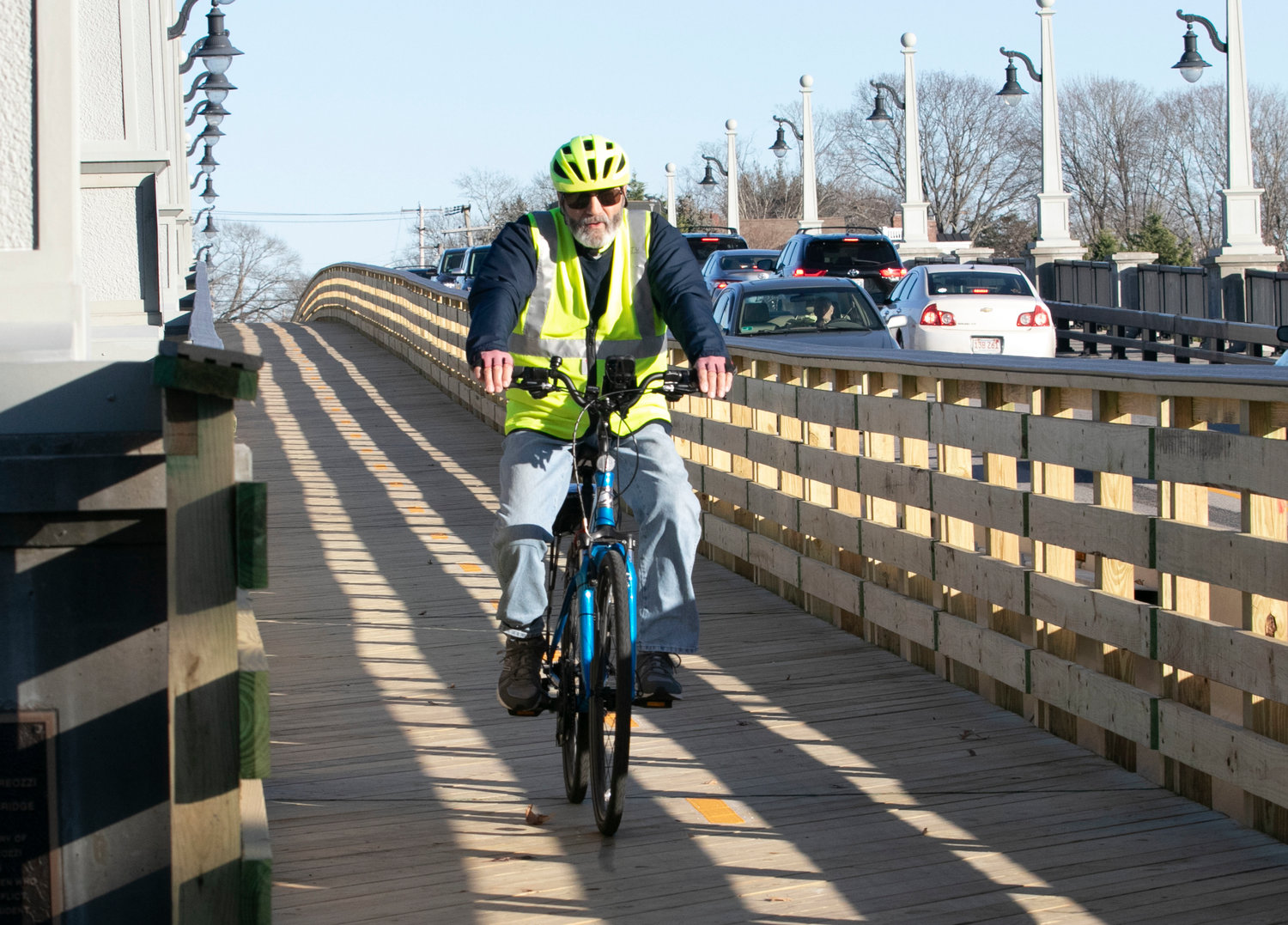 John Vinnitti, of Riverside, rides down the newly built wooden boardwalk on the Barrington River Bridge after a trip to Bristol and back. Once on the other side he said that, "It feels comfortable on the bridge. Wide and safe. They did a nice job."
Photo by Richard W. Dionne Jr. 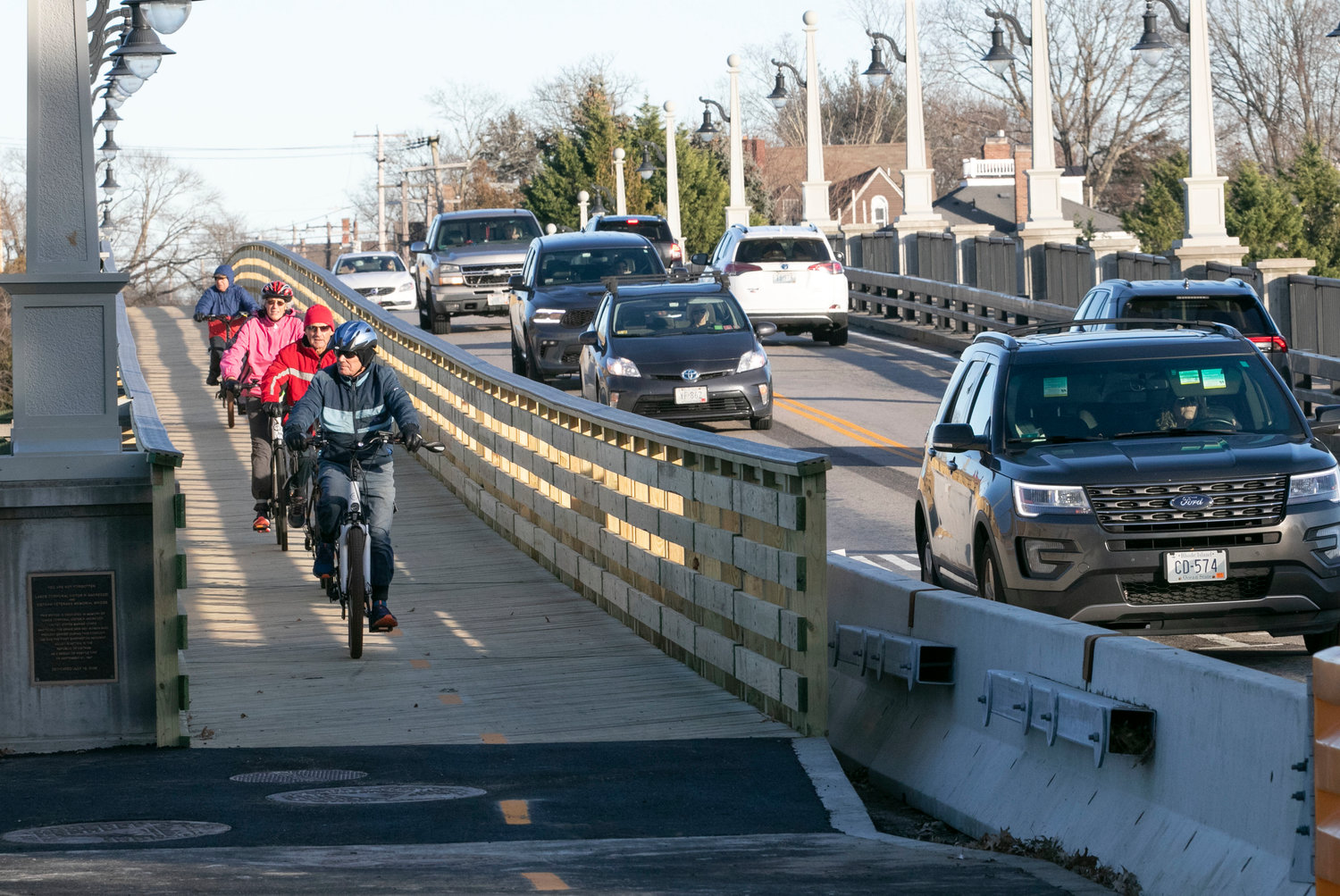 A group of riders out for a cruise on a recent Friday afternoon, coast down the newly built wooden boardwalks on the Barrington River Bridge. The riders yelled, "Well done," as they passed, to a worker and a Barrington policeman who were posted at the bottom of the bridge to look after the cross walk.
Photo by Richard W. Dionne Jr.
Previous Next
Posted Monday, December 20, 2021 6:10 pm
By Josh Bickford

Shortly after the boardwalks were opened, bicyclists were spotted cruising over them. The wooden boardwalks are part of improved detours for the closed East Bay Bike Path bridges.

Charles St. Martin, a spokesman for the Rhode Island Department of Transportation, said the state is also very close to putting out an RFP (request for proposals) for the replacement of the bike path bridges.

“RIDOT is putting the RFP out as a design-build by the end of December which will allow companies the most amount of creativity possible in proposed solutions for replacing both bridges given the $10 million budgeted for it,” Mr. St. Martin said. “We are cautiously optimistic we will be able to get both of them built, that is our goal, but we do have a constrained budget of $10 million. It is important to note that the design-build approach offers the flexibility to add additional funds should they become available to us.”

Mr. St. Martin offered a comment regarding the federal funding.

“RIDOT is aware of a pending earmark for this bill but at present we understand it hasn’t been finalized,” he said.

The bike path bridges have been closed since the fall of 2019, when Rhode Island Department of Transportation officials deemed them unsafe for joggers, walkers, bicyclists and anyone else who wanted to cross them. (The sidewalks on the bridges had been blocked off at an earlier date.)

A detour created by the DOT drew a concerned response from residents, town officials and state legislators, so transportation officials created a series of detour safety improvements.