Don Cowart II began his tenure as Coventry’s superintendent this week, the culmination of a nearly 30-year career in education that began as a teacher in New Jersey. 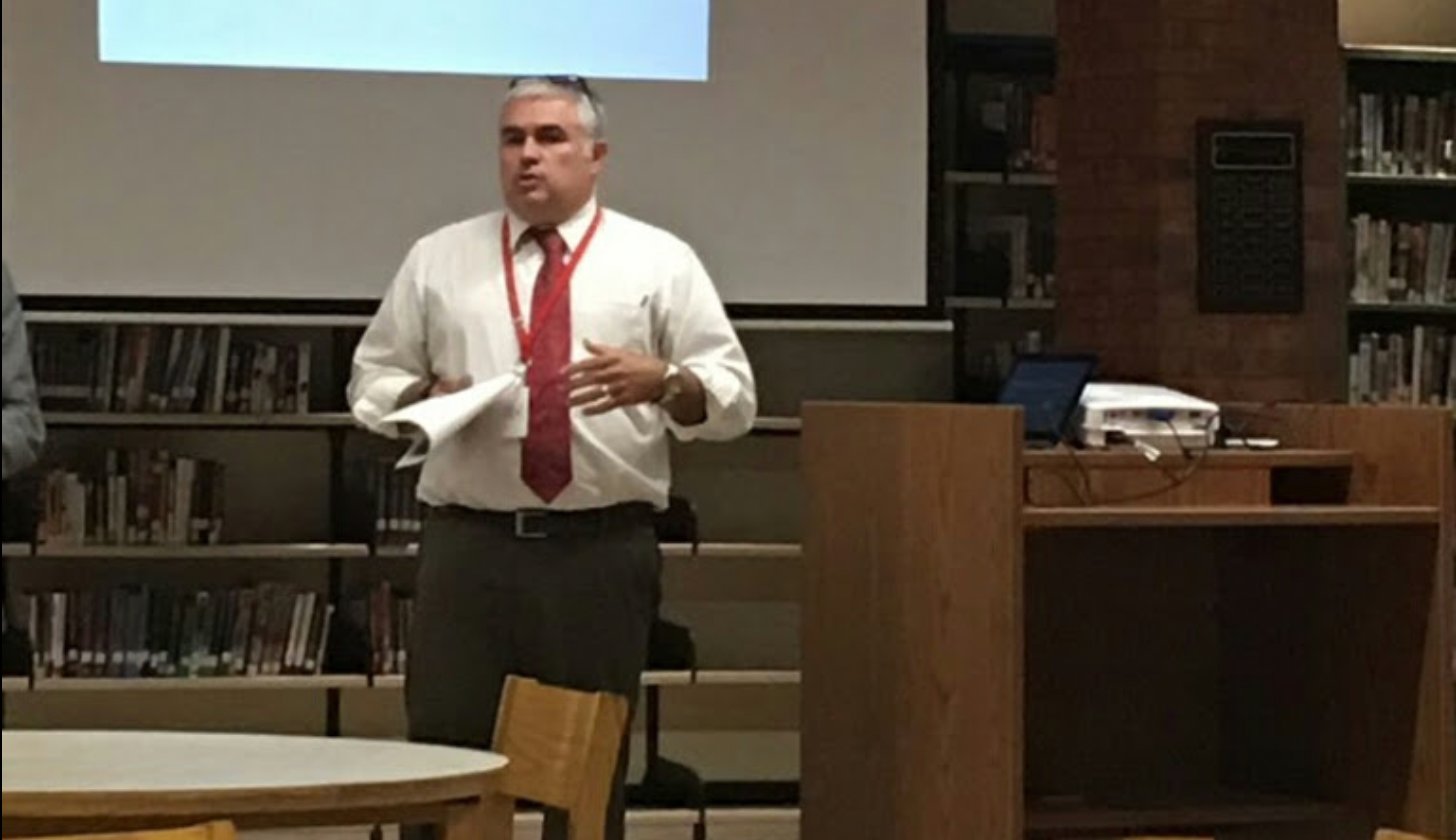 Don E. Cowart II began his new role as superintendent of Coventry public schools on Oct. 1. He grew up in Warren and graduated from Warren High School in 1987.
Posted Wednesday, October 5, 2022 1:46 pm
By Ethan Hartley

Don Cowart II began his tenure as Coventry’s superintendent this week, the culmination of a nearly 30-year career in education that began as a teacher in New Jersey. But his first job might hold a little more relevance within these pages — he delivered the Warren Times-Gazette on his bicycle as an adolescent.

“There were only a certain number of routes, so you had to put your name in and wait for one to be available because the paper was so popular,” Cowart, who grew up on Market Street across from the Crossroads Pub, recalled on Monday. “I put my name in and had to wait. I inherited somebody’s route…back then it was 35 cents.”

Cowart described himself as a “Jamiel’s Park kid,” and remembered fondly riding his bike around town with friends and enjoying the town’s recreational opportunities. Even today, despite living in Cranston, Cowart said he enjoys coming back to town with his wife, Jen, to walk on the bike path or take a stroll down Main Street.

“I try to come back to the old stomping ground whenever I can,” he said.
Cowart was born in Newport and lived briefly in East Providence, but his formative years were spent in Warren. He was co-president of his student council, played for the all-Division soccer team in 1987, attained the rank of Eagle Scout in Warren Troop 50, and was eventually the homecoming king. He is the son of Don Cowart and Mary Lou (Willis) Cowart, who both lived in Warren for many years, and now reside in Virginia.

Cowart went on to attend the University of Rhode Island, graduating in 1991 with a history degree, a decision which he said ultimately proved difficult in finding a job. He would return to URI in 1995 to earn his teaching certificate in elementary education, and worked as a teacher in New Jersey for a few years.

He returned to Rhode Island and looked for another job, eventually landing in Franklin, Mass.

“There were no jobs in Rhode Island at the time really,” he said. “This was before the internet really took off, so when you wanted to apply for a job you had to send out 32 packets to 32 districts and hoped that someone read your packet and emailed or called you. It was difficult to get a job.”

He worked in Franklin for about eight years, moving up to a principal role at Waterman Elementary School in Cranston, where he worked for another three years. He moved over to a principal job at Hope Highlands in Cranston for another five years, then to Washington Oak Elementary in Coventry for three years. He would become the district’s director of curriculum in 2016, moving up to Assistant Superintendent in 2020.

Cowart said his journey from a teacher to a principal and subsequently to the top levels of the school administration was a purposeful one.

“In my experience as an educator I sometimes got frustrated with people in leadership positions who could not relate to what I was doing because they had not experienced it,” he said. “It’s easier to lead people when they know you can relate to them and have walked a mile in their shoes.”

With a unique perspective on teaching children throughout different eras, from the pre-internet dominance days of the mid-90s to the current atmosphere of smart phones and social media, Cowart said that the children themselves are not so much different as the atmosphere they find themselves in.

“It’s not that people don’t respect education now, it’s just that everything moves at the speed of light,” he said. “The technology, social media, kids are exposed to a variety of different things that has impacted their decision making…I don’t think kids are a whole lot different than they were then, it’s just a whole new environment.”

Cowart said that the pandemic has forced school districts to become much more aware of the emotional needs of students and the greater school community.

“There’s so much trauma that families and kids have experienced that we have had to become experts in dealing with trauma and secondary trauma,” he said.

While the kids and the school environments have changed throughout the years, Warren has also changed since he graduated and moved away to start his professional life. When asked his thoughts on the development of Main Street and Water Street and the booming restaurant scene in Warren, Cowart said he feels pride for his home town.

“It think [the dining culture] has done so much for the town in terms of how it’s viewed outside of Warren, and there’s a sense of pride for the people who live there,” he said. “I talk to people who don’t come from Warren who are now talking about Warren like it’s a destination, and that makes me feel pretty good, because it wasn’t always like that.”