Officials unsettled on where to build new school; meeting is Nov. 10

At their meeting on Nov. 1, members of the committee endorsed a plan to build one …

Officials unsettled on where to build new school; meeting is Nov. 10 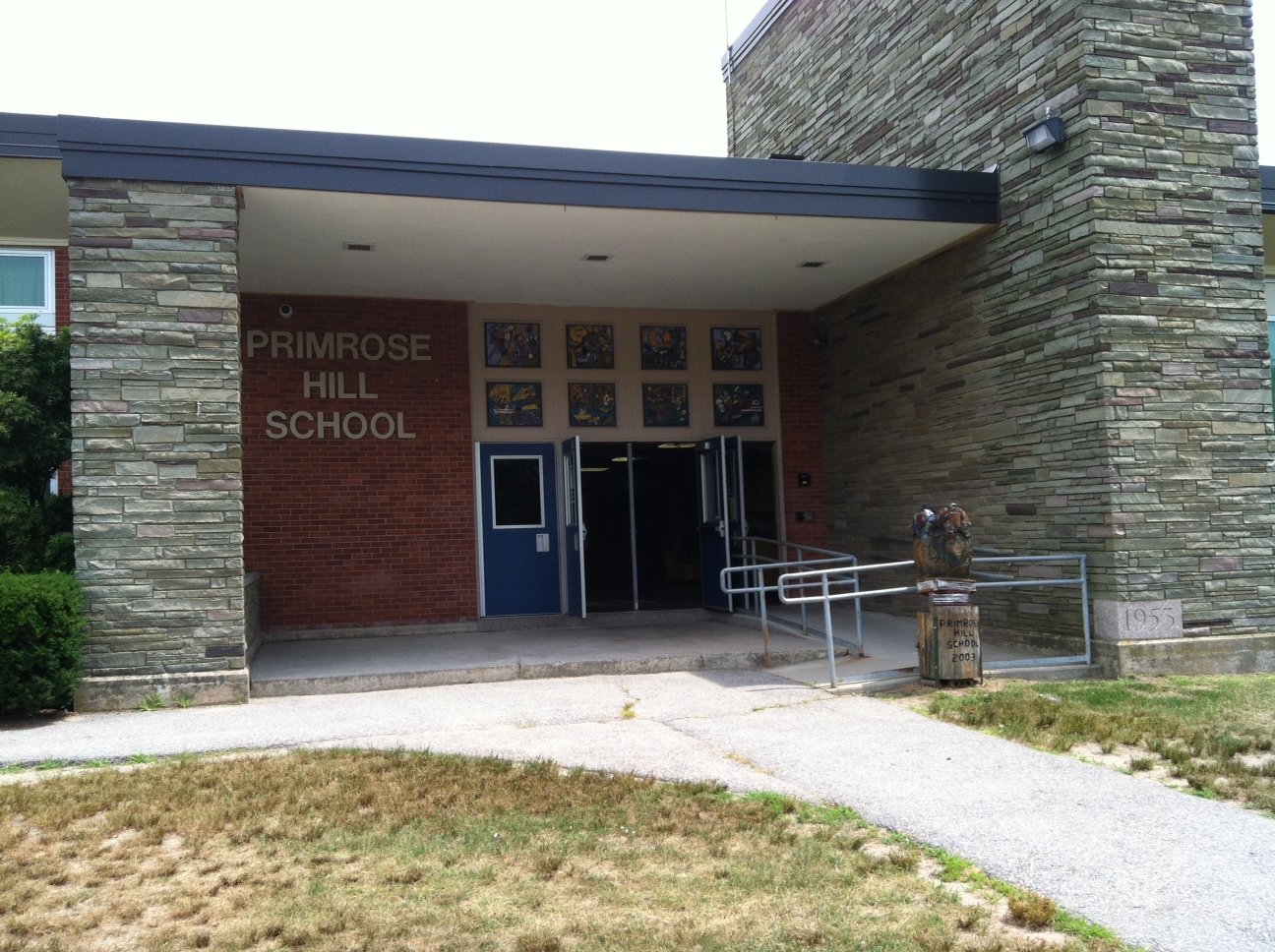 School officials are considering a plan to build a new Grade 3 to 5 on the Primrose Hill School campus or at Hampden Meadows School.
Posted Thursday, November 10, 2022 9:03 am
By Josh Bickford

Members will choose whether to locate the Grade 3 to 5 school at the Primrose Hill School site or on the Hampden Meadows School property.

Plans for the construction of new elementary schools in Barrington have shifted significantly in the last month. As recently as Oct. 11, the committee was still pursuing a plan to construct two Grade 1 to 5 schools (one at Primrose Hill and the other at Hampden Meadows) and a separate early learning center for pre-kindergarten and kindergarten students at Nayatt or Sowams. That plan, called “Option 2B,” drew criticism from some people in town, and in late October, members of the Barrington School Building Committee abandoned it and began focusing on two new “pathways” or variations of Option 2B. The new pathways were initially referred to as 2B-2 and 2B-4.

On Nov. 1, the building committee took a closer look at the two new pathways. Kate Jessup, who works for the contracted architectural firm Kaestle Boos Associates, shared a presentation on the new options. It included the cost estimates for both projects: 2B-2 is expected to cost taxpayers between $83 million and $89 million, after 50 percent reimbursements from the state. Option 2B-4 carries a price tag of between $96 million and $103 million, after reimbursements.

One school at a time

Construction of new schools could come in a staggered approach.

During the Nov. 1 meeting, Jessup said her firm did not recommend “taking on” the construction of three new elementary schools at the same time. She said the district could focus on one school, allowing for officials to take additional time to figure out what to do with the other elementary schools, and have to have more community engagement.

Jessup also offered her recommendation for a pathway: Option 2B-2.

“I believe the large (Grade) 3 to 5 school is more in line with meeting your needs than the sister school model…” Jessup said, during the Nov. 1 meeting.

Jessup said there were pros and cons with each of the pathways, adding that “neither of these choices is bad.” She said making a selection is about providing the best learning environment for Barrington schools.

Construction of a Grade 3 to 5 school would alleviate crowding issues at the district’s other elementary schools, officials said. There was also some discussion that one Grade 3 to 5 school would allow for the district’s third grade teachers an opportunity for better collaboration, as they are currently working at three different elementary schools.

Barrington School Committee member Patrick McCrann, who also sits on the school building committee, cautioned that officials do not have any actual data to support the alleged benefits of student grade pairings for a 3 to 5 model.

Other people challenged the push for Option 2B-2.

Barrington resident Brenda Santos said families of Primrose Hill School students will be upset about losing their neighborhood school, should the district decide to locate the Grade 3 to 5 school there. Santos said there are many people in town who do not know this construction work is being planned.

Santos also questioned the decision to transition students from neighborhood elementary schools a grade earlier — right now, students join together for Grade 4, but the proposed plan would have students combining town wide at Grade 3. Santos, who works in the education field, said Grade 2 is not a good point to have students transitioning between schools.

Some residents who attended the Nov. 1 school building committee meeting suggested officials poll the public on their thoughts about the school construction work.

Rob Swartz said surveying the community could help determine whether the public will support the project, when it reaches the point of a bond vote. Another resident shared that opinion, stating that it was important to engage with the community.

Maura McCrann also believes a survey would be good step forward. And Jessica Liberatos said she was frustrated that a meeting of such importance to the community — possibly selecting a new model for elementary school education in Barrington — was being made at a 4 p.m. meeting on a Tuesday. She said that process is not inclusive of the entire community.

Jessup and fellow KBA official Larry Trim seemed resistant to the idea of conducting a public survey at this point in the process. Jessup said there had been a survey a few months earlier, and it had very low participation.

Jessup and Trim also said KBA was running out of time for submitting the necessary documentation for the RI Department of Education construction process.

“We’re at the point of no return,” Jessup said, adding that KBA officials needed time to complete the necessary designs. She said Barrington was behind schedule.

Eventually, officials endorsed a plan that would allow KBA to begin work on plans for a Grade 3 to 5 school, and extend the school building committee one more week to determine where the school would be located.

KBA said the construction would be far easier at the Primrose Hill School site, as there is enough open space to build a new school. Jessup and Trim said a new school could be built at Hampden Meadows, although it would likely be more costly.