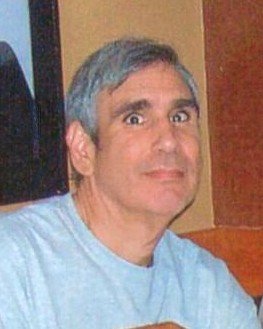 Dennis J. (Rap) Raposa, 63, of Warren, R.I. died unexpectedly at home on Friday, Nov. 12, 2021. He is survived by his devoted wife of 42 years, Kathleen (Kathy) Raposa. He also leaves his parents, John and Barbara Raposa, and his sister, Donna Byers, all of Oviedo, Fla.; a niece, Stephanie Carter of North Carolina; his uncle, Paul (Kathy) Raposa of East Providence; his brother-in-law, Robert (Chris) Silva of Barrington; niece, Nicole Silva; nephew, Ryan Silva, also of Barrington, and his lifelong friend and band mate, Manuel Ignacio of Bristol.

He began his career as a draftsman at Martin-Copeland Eyewear and for the last 22 years was a senior project engineer at Cadence Science in Cranston, R.I.

Dennis has been a member of the Portuguese Independent Club Band since 1967 and has been leader of the band for the past 28 years. An accomplished musician, he also played in New Era Big Band, Sophisticated Swing, Swansea Community Musicians, Senhor da Pedra Band of New Bedford, Mass., and numerous other local community bands.

Dennis was a railroad enthusiast and loved to travel with his wife via rail throughout the United States and Canada.

In lieu of flowers, donations may be made to Saint Thomas the Apostle Church, 500 Metacom Ave., Warren, RI  02885. For online condolences, shared memories, information and directions go to www.sansonefuneralhome.com