State officials envision a bustling port thriving with shellfishing, aquaculture ventures and other marine industries at the former Chase Marina at 169 Riverside Drive in Tiverton, and are soliciting … 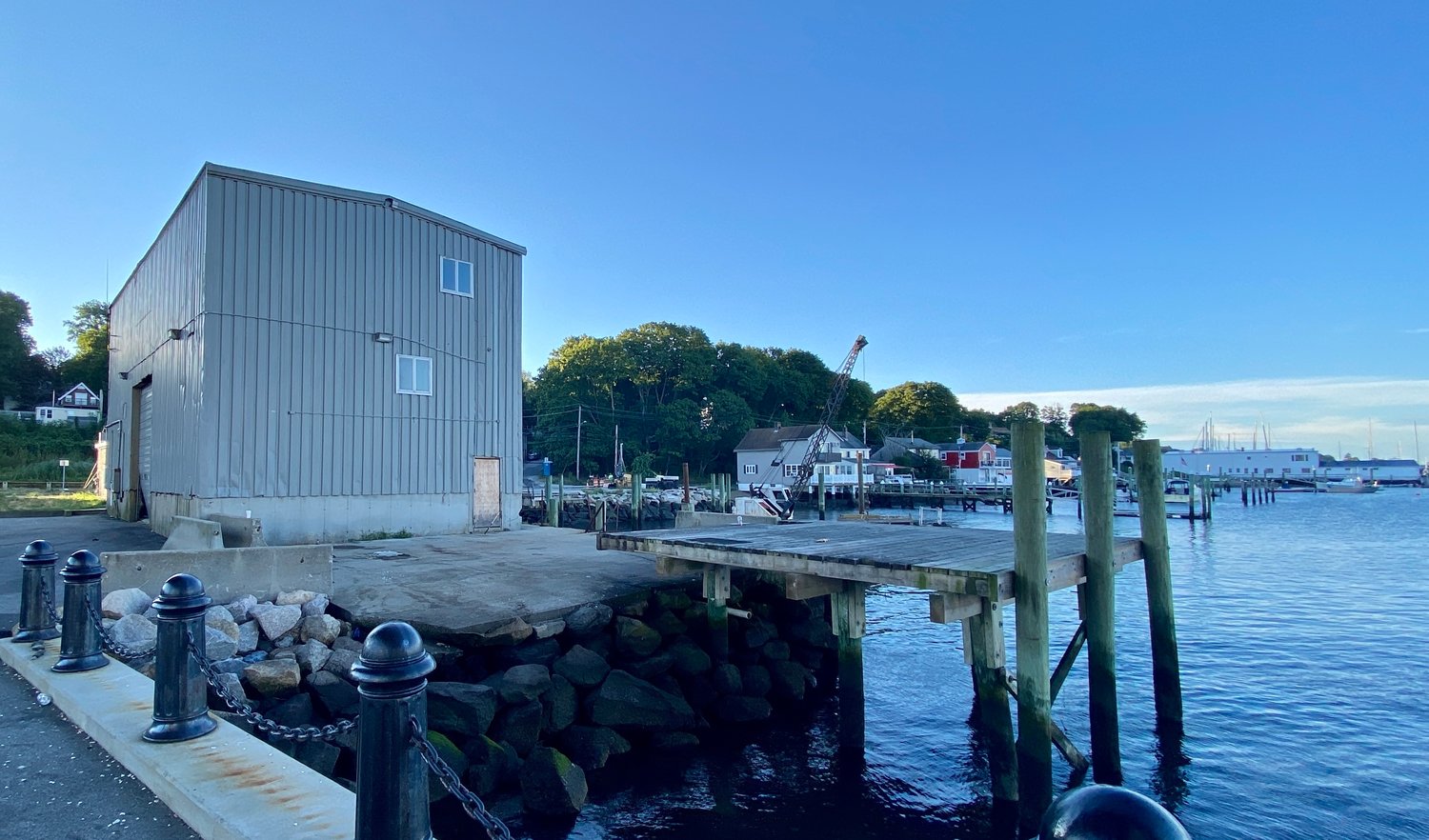 The state hopes to have the former Chace Marina completed and operational by 2025.
TED HAYES
Posted Tuesday, August 16, 2022 9:07 am
By Ted Hayes

State officials envision a bustling port thriving with shellfishing, aquaculture ventures and other marine industries at the former Chase Marina at 169 Riverside Drive in Tiverton, and are soliciting proposals for the re-use of the long-vacant marina below the Sakonnet River Bridge.

The property, which once housed shops, a private marina and a seafood processing facility, has been vacant since the construction of the new Sakonnet River Bridge. It consists of a 96-year-old, two-story industrial/commercial building of nearly 6,000 square feet on a quarter acre lot. An attached marina with room for 25 to 30 commercial berths is included, and the property lies just south of a relatively new fishing pier and boat ramped owned and operated by the Rhode Island Bridge and Turnpike Authority (RIBTA).

"The site offers an outstanding, once-in-a-lifetime opportunity to sustain and grow Rhode Island’s economically vital commercial fishing, shellfish farming, and seafood industry via a new state port facility in the East Bay portion of Narragansett Bay," according to an RFI (request for information) published by the state Department of Environmental Management (DEM) on Monday.

Under DEM's concept plans, the state would redevelop the property over the next two years, with the site being fully operational by 2025.

The DEM's concept is to use state and federal funds to rehabilitate the property and manage it with a private tenant or tenants. The RFI seeks proposals for the site that "address the priority needs and interests of the local commercial fishing, aquaculture, and seafood industries. Ideas pertaining to other uses of the facility that meet local, regional, and statewide needs and interests will also be considered."

Though responses to the RFI are not binding, they will help the state determine the next step, DEM officials wrote in the RFI.

Interested parties have until 4 p.m. Friday, Sept. 9 to submit an RFI; based on the responses, DEM hopes to draft a plan for operating the shoreside portion of the site, and in the coming months will issue one or more formal RFP (request for proposals) to find possible leaseholders that will work with the state on the redevelopment.

"Based on the responses ... the DEM will select one or more tenants (and) enter into one or more lease agreements."

As the property is state-owned, DEM will continue to oversee and manage the redeveloped site, though "tenants may be responsible for certain capital improvements, as well as maintenance and management activities and functions."

The plan at a glance

• The state owns the former Chase Marina at 169 Riverside Drive and is looking for proposals for its reuse.

• A non-binding RFI to solicit ideas for the site is currently live, and interested parties have until Sept. 9 to respond.

• Following the RFI, the state will seek formal proposals to run the state-owned site in a public/private venture.

• DEM hopes to redevelop the property over the next two years, with it being operational by 2025.