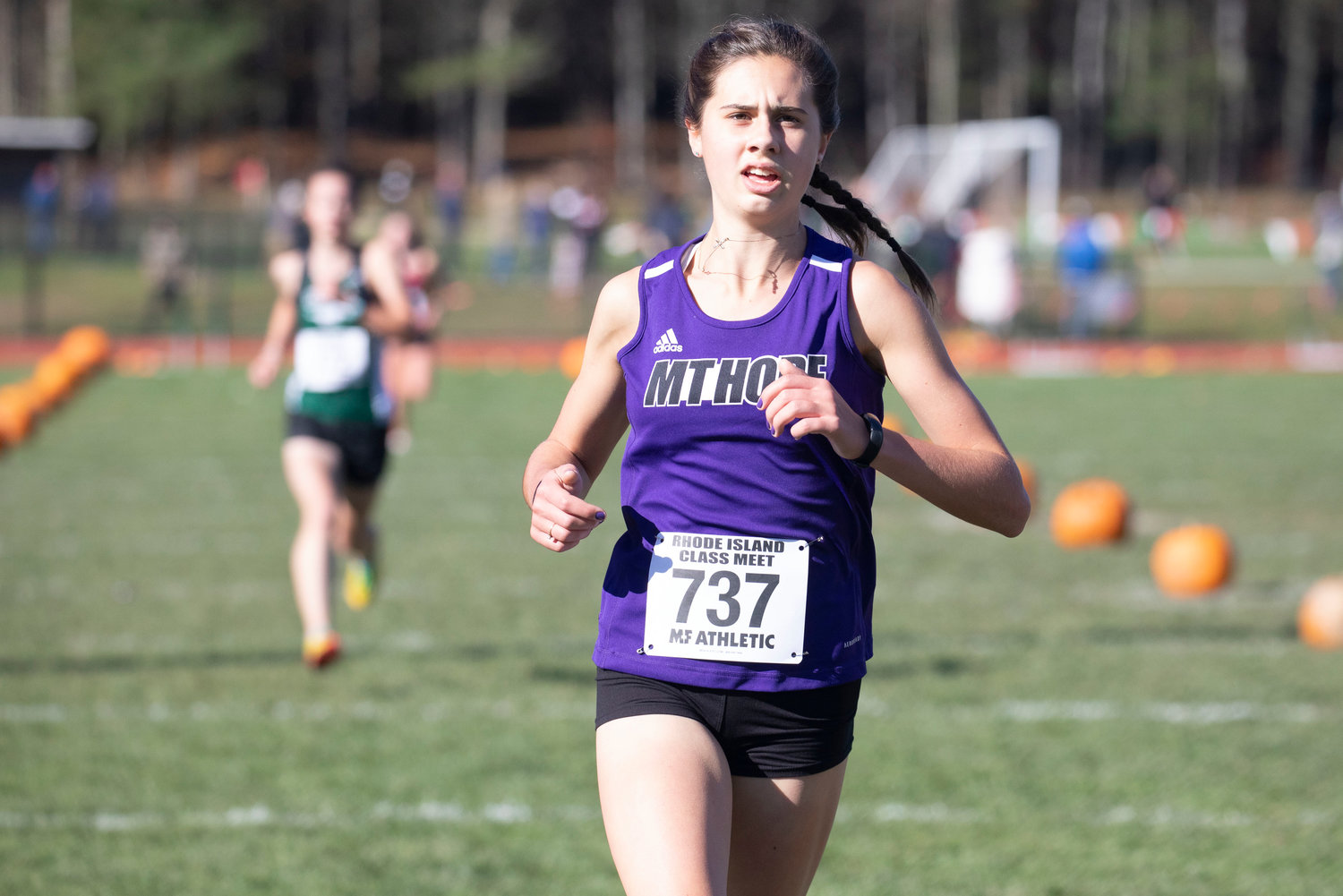 Mt. Hope cross country runner Jessica Deal placed 18th at the Nike Northeast Regional Cross Country Championship in Wattipager, New York on Saturday. The freshman ran the three mile course that tracks along the east bank of the Hudson River, in nineteen minutes and forty-nine seconds. “It was a tough course. While Jess didn’t set a new personal record, she did get an unbelievable experience at a highly competitive level and was likely one of the youngest competitors,” said Huskies cross country coach Susan Rancourt.

The race qualified runners and teams for the cross country nationals in Portland, Oregon on December 3 and was a good opportunity for elite runners at the high school level to compete on a larger scale, according to Coach Rancourt. “It will set her up for more success as she continues to improve her racing mindset and strategy,” she said.

Deal placed second at the RI Class Championships at Ponaganset in October, with a time of 19:12.5, 43 and was the freshman state champion this season.