Mt. Hope’s Jessica Deal became the new cross country freshman state champion after destroying the field with a time of 15:19.36 at Smithfield’s Deerfield Park during the freshman … 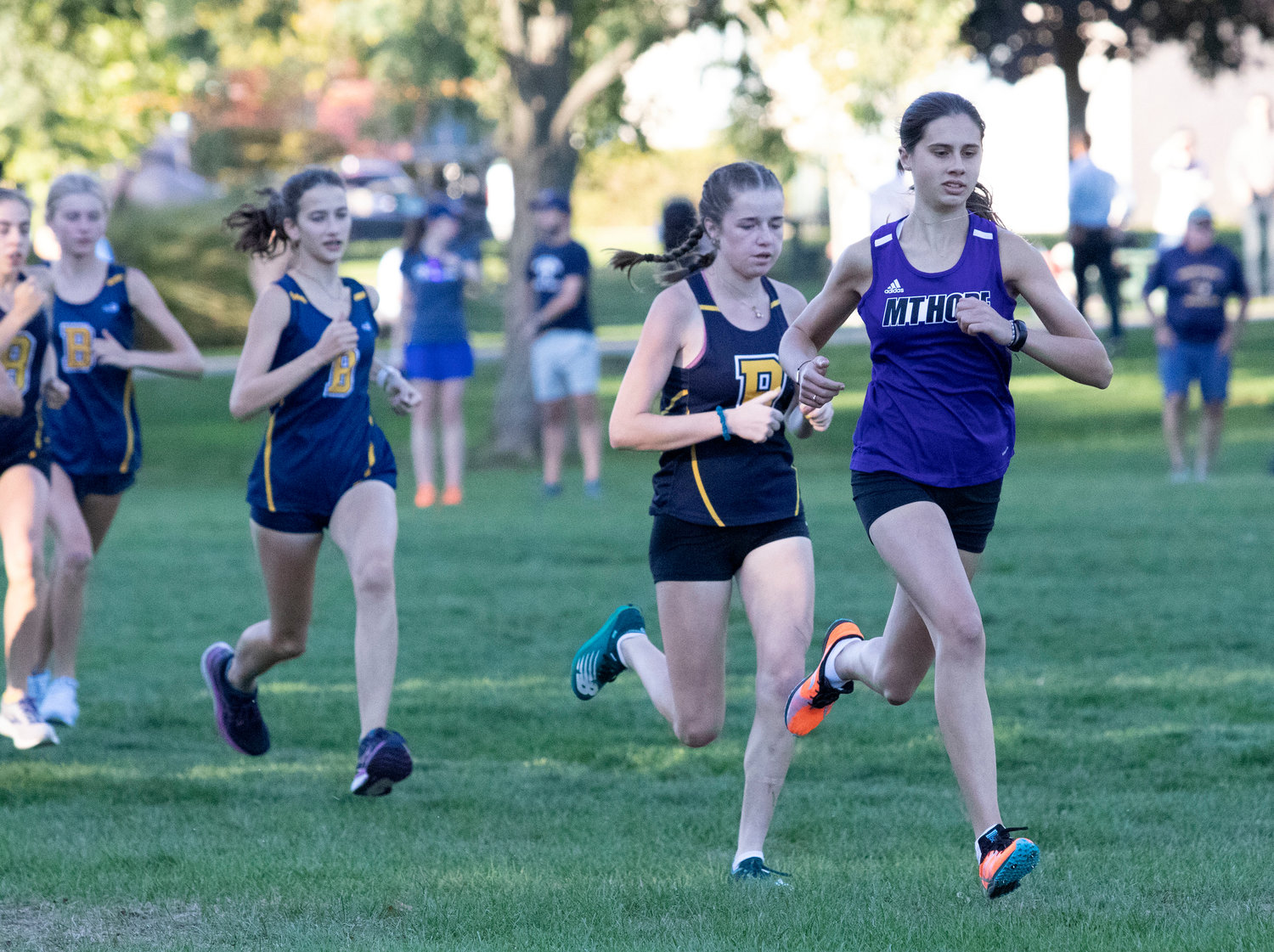 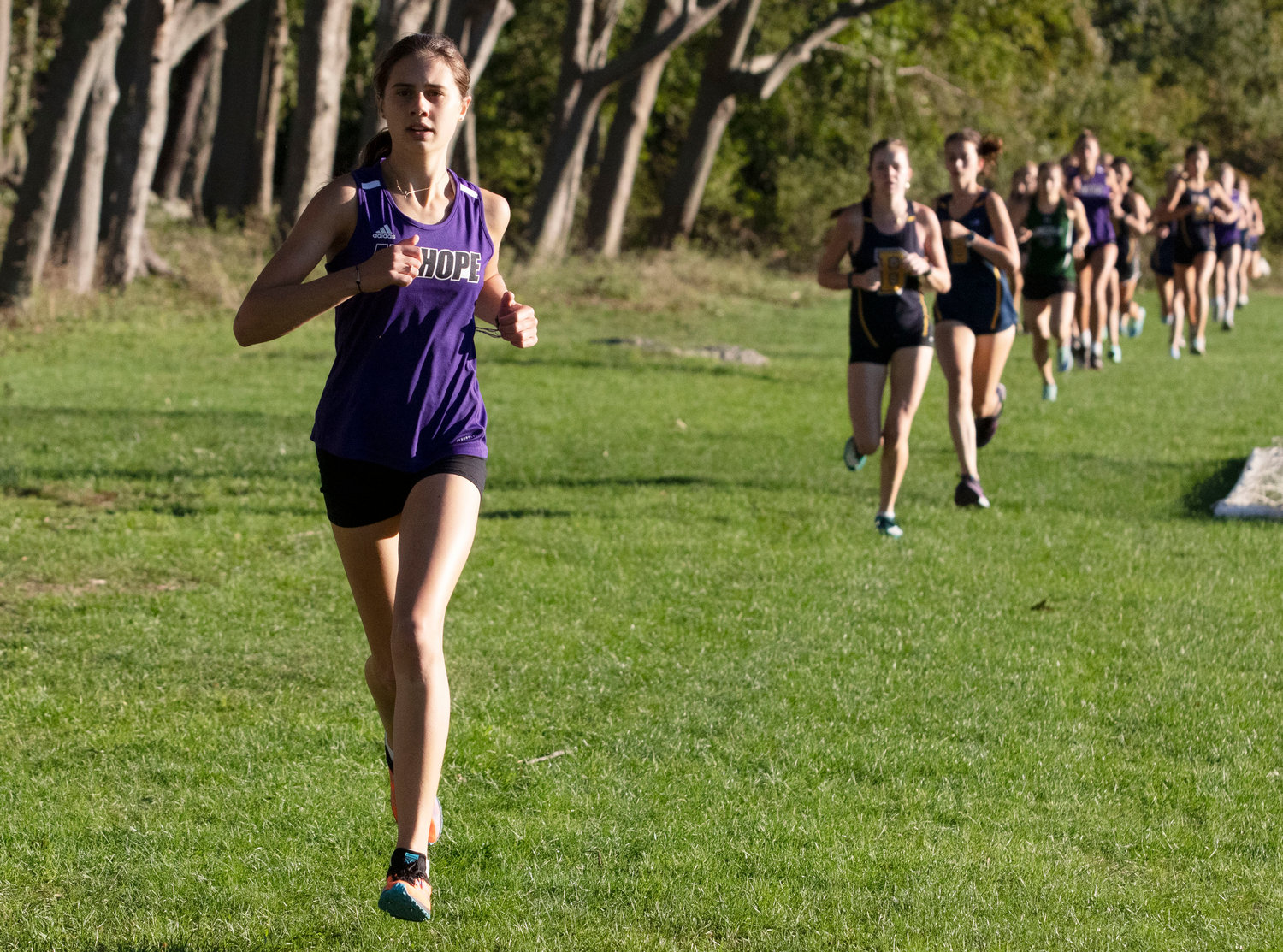 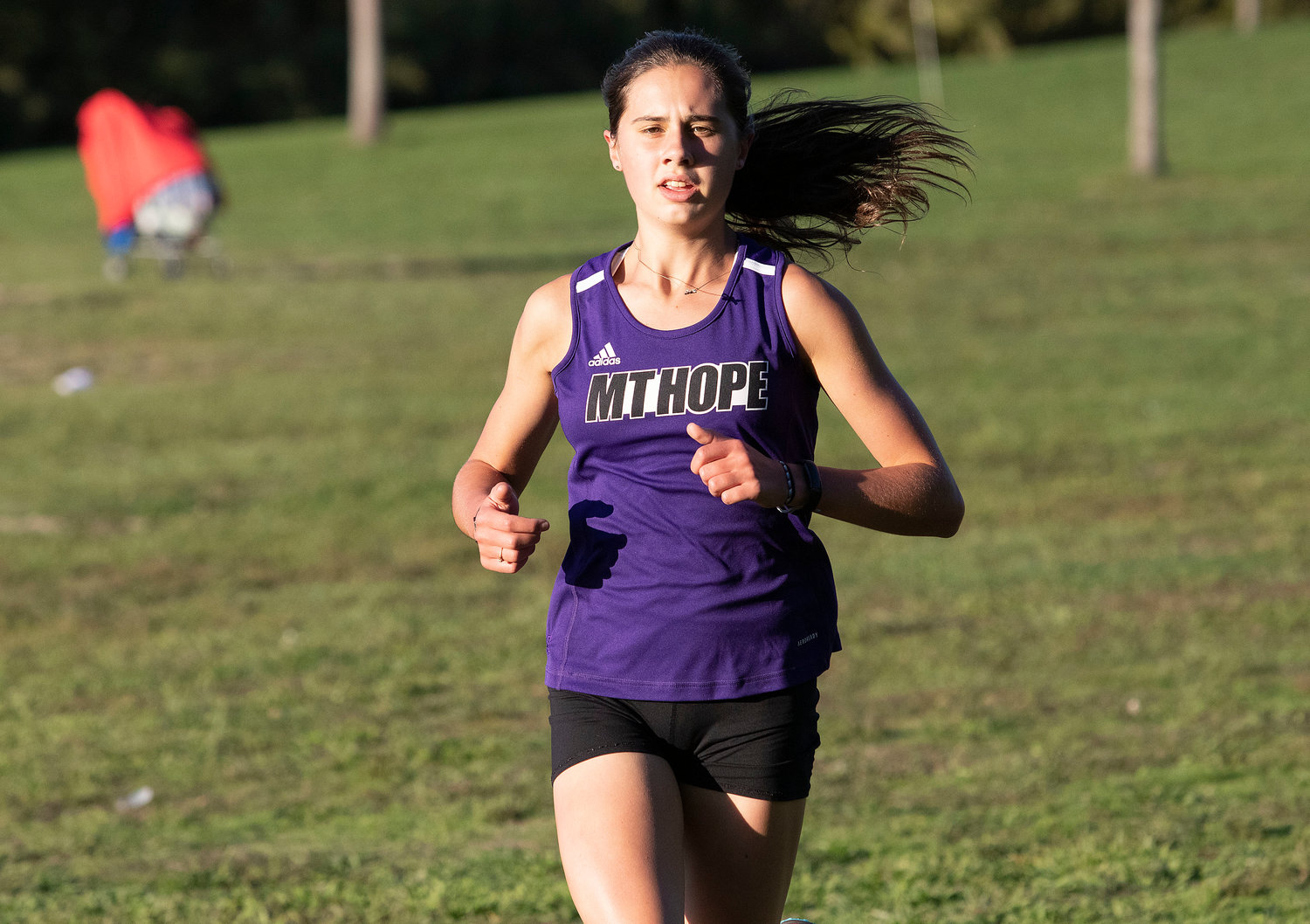 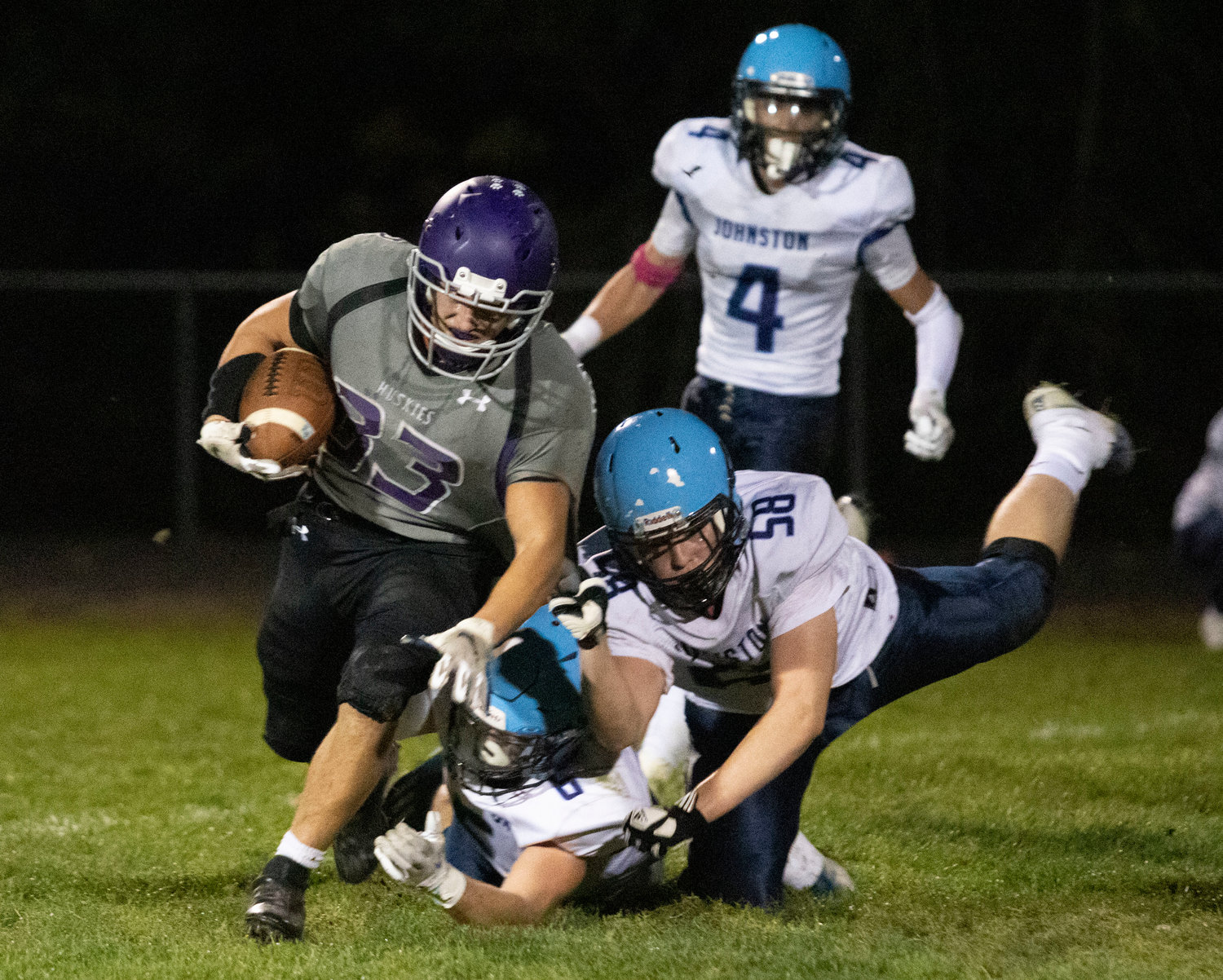 Senior running back Brock Pacheco runs for yardage during their loss to Johnston. Pacheco rushed for 110 yards and a touchdown in the Huskies loss to Ponaganset on Friday night. The running back has gained 850 yards for the season and has two games left to break the 1000 yard mark.
Photos by Richard W. Dionne, Jr. 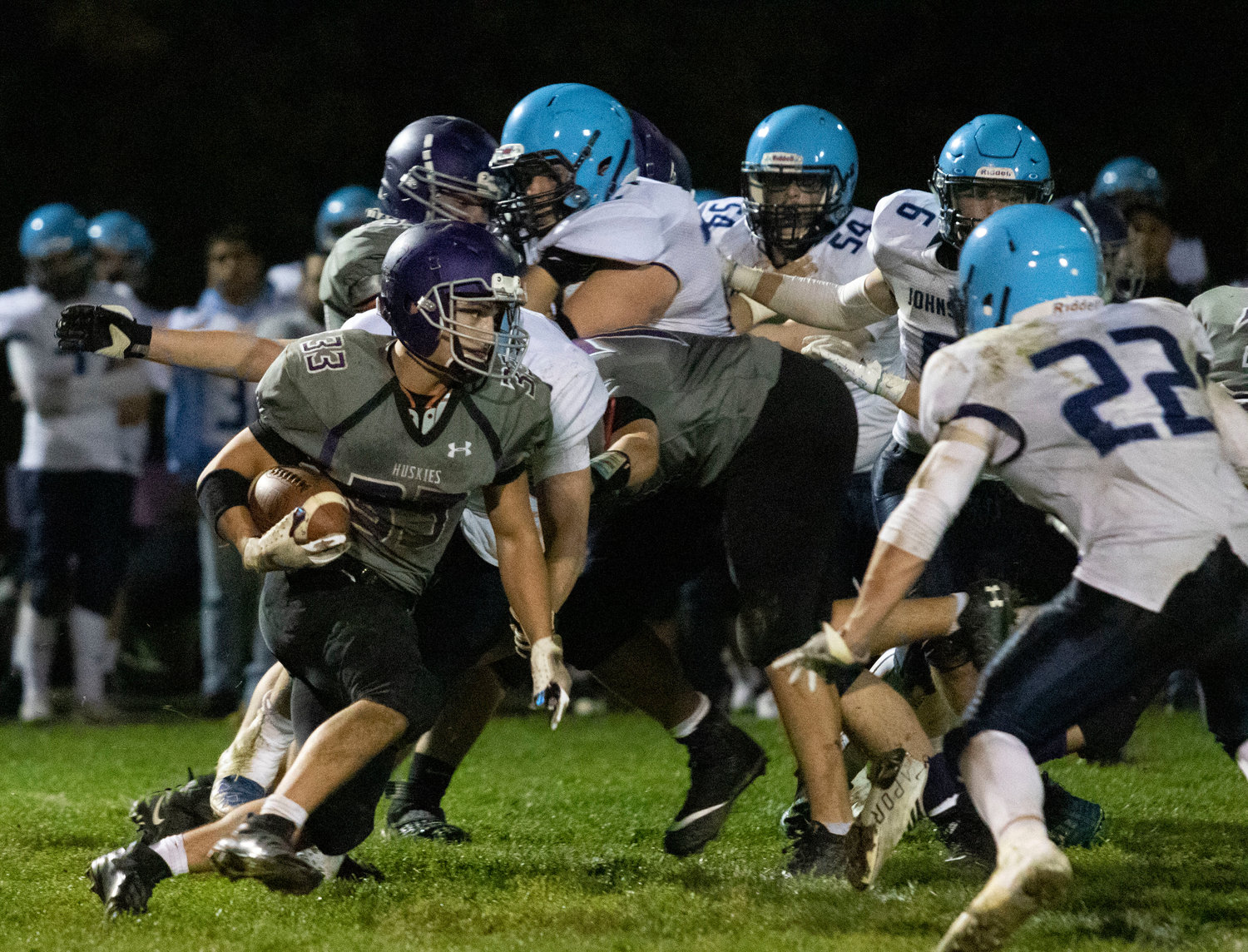 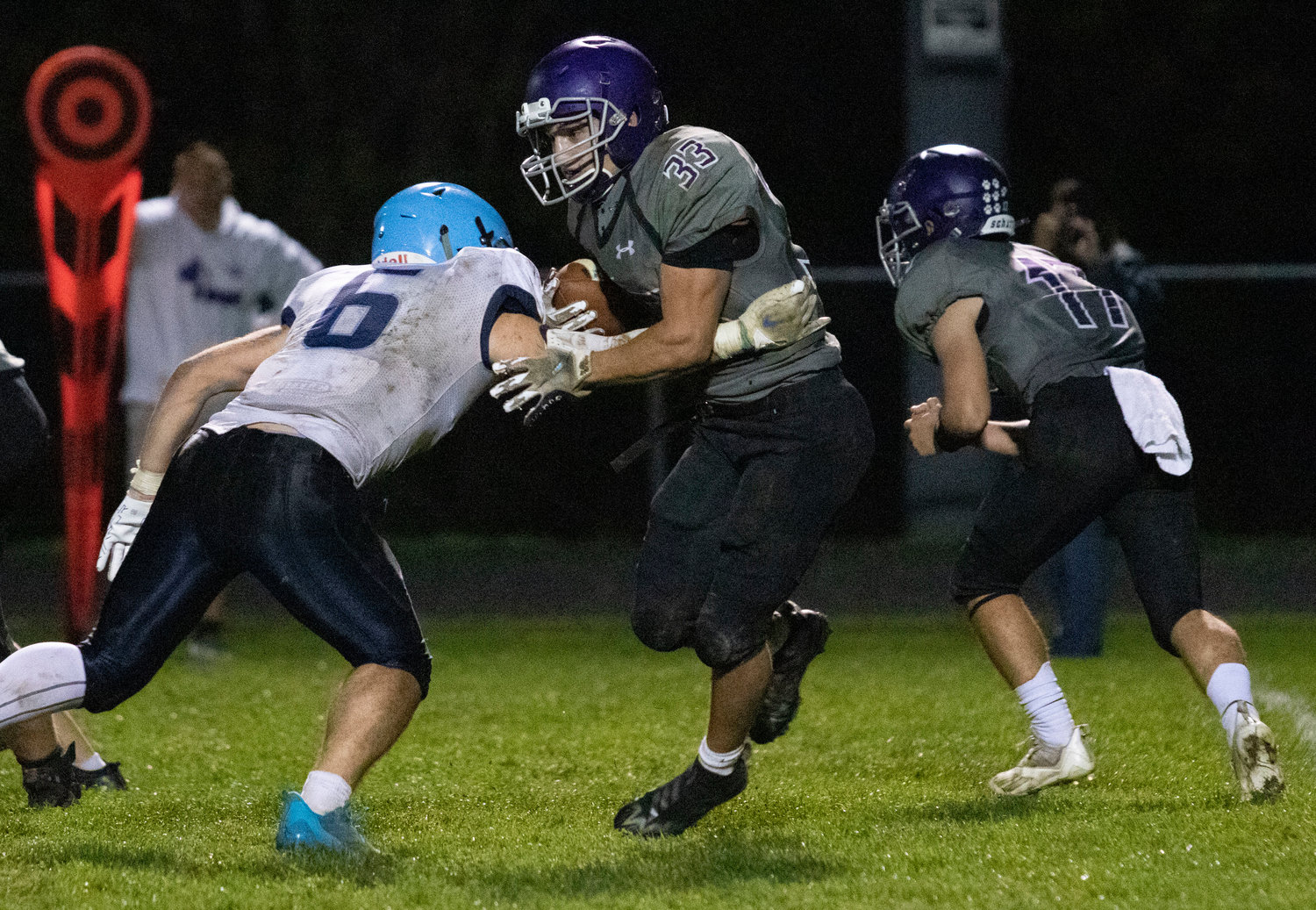 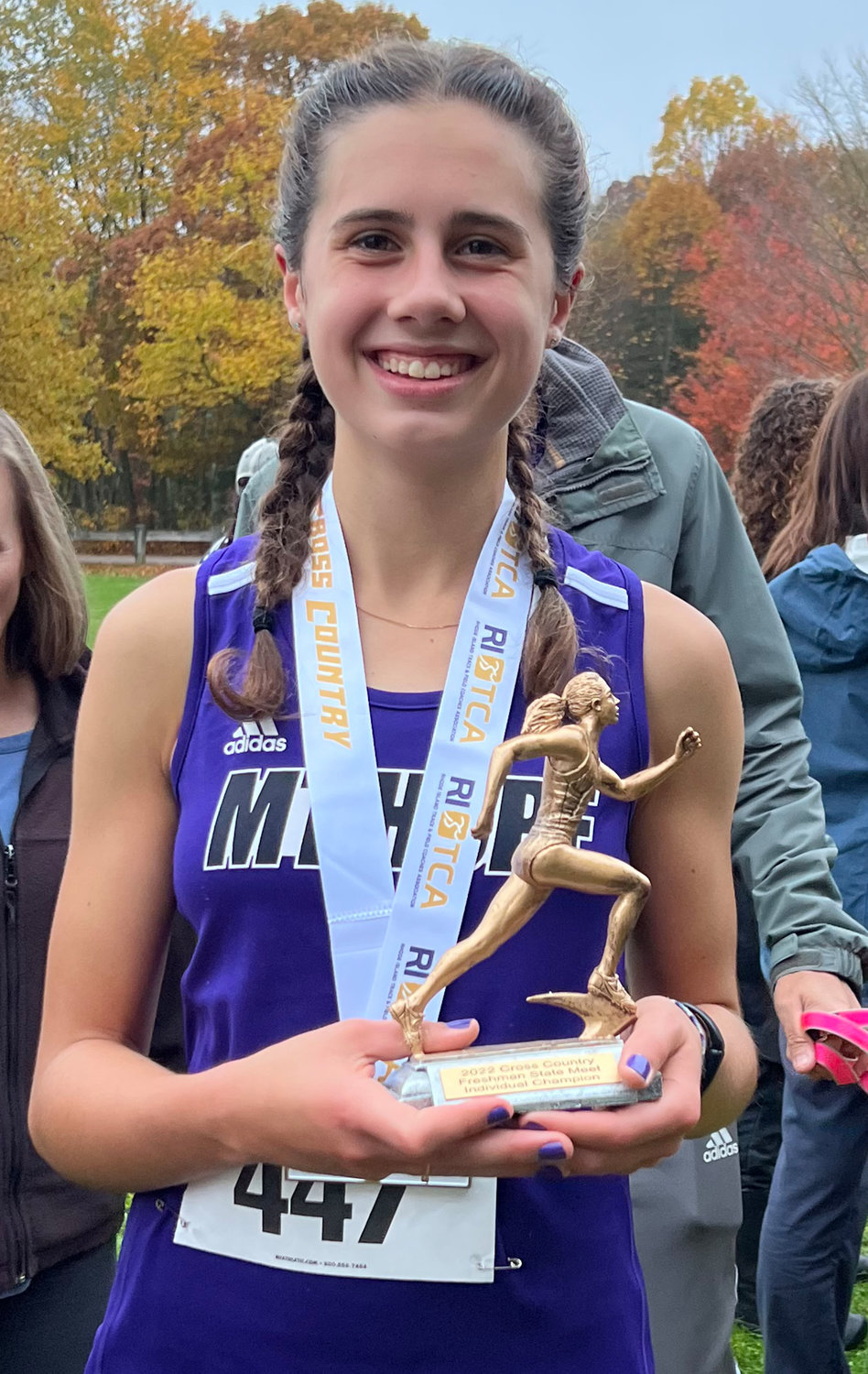 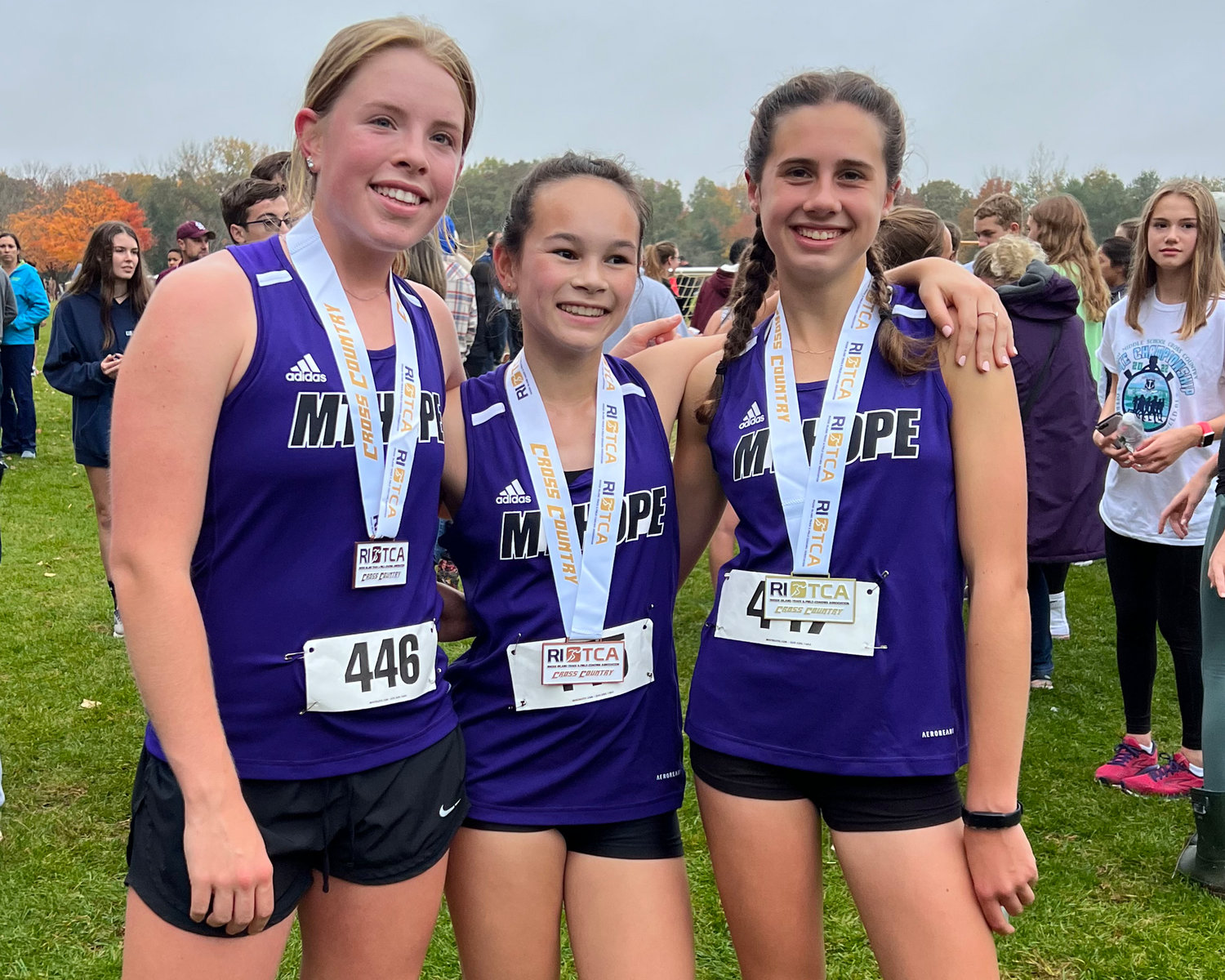 Jess is still relatively untested. The class and state meets will be a challenge. She loves to run at the front of the pack, but this will be a real test for her.”
Cross country coach Susan Rancourt
Story by Richard W. Dionne, Jr.

“Jess is still relatively untested,” said Mt. Hope cross country coach Susan Rancourt. “The class and state meets will be a challenge. She loves to run at the front of the pack, but this will be a real test for her.”

Deal will be running against stiffer competition at states. They will be more experienced and know the race and course better. “But Jess has high goals for herself. She has the focus and the competitiveness to get there. If she isn’t a state champ this year, I am confident that she will be in her high school career,” Coach Rancourt said.

As for the Huskies girls cross country team, they have more work to do. They have yet to qualify for states and will have to run well at the class championships on Saturday.

“The team as a whole has been improving their times every single week,” said Coach Rancourt. The Huskies finished second at last week’s East Bay Invitational. Many set new PR’s on the tough and hilly course, she said. “We are well set up and peaking just in time for the class meet,” she said.

The Mt. Hope soccer team who moved up to Division I this season, played Central to a 0-0 tie during their senior night game at home on Friday night. The Huskies are currently winless with a record of 0-9-3 with two games left under first year coach Gavin Ward. The Huskies will graduate seniors Josh Martins, Parker Camelo, Tom Nencka, Carson Correia, Griffin Berardo, Simon Thibault and Justin Mendes.

Pacheco rushes for 110 yards and a touchdown in Huskies loss

Brock Pacheco rushed for 110 yards and a 15-yard touchdown in the Huskies loss to Ponaganset 35-6 at home on Friday night. The senior has gained 850 yards this season and is 150 shy of the 1000 yard mark. The Huskies after starting the season 2-1, have now lost four in a row for a record of 2-5 in Division IIIB. They will travel to West Warwick next Friday to play the Wizards, before ending their season against Barrington on Thanksgiving Day.

The Mt. Hope volleyball and girls soccer teams are both destined to make the playoffs. The volleyball team is in fifth place with a record of 11-5 and riding a two game winning streak after beating St. Mary Academy and Lincoln in Division II. They will play in Portsmouth’s Pink Out tournament on Saturday.

The girls soccer team has been trending downward since losing to LaSalle on Oct. 10. The Huskies have lost three of four with a tie, but are in third place in Division IB with a record of 9-4-4. They have two home games left against Smithfield for senior night on Tuesday and Cumberland on Thursday.

The girls tennis team finished their first season in Division I with a record of 6-6 good enough to clinched a berth. The sixth seeded Huskies will face three seeded East Greenwich in a quarter final match on Tuesday.

“We’re playing well entering playoffs,” said head coach Geoff Keegan about his team who fell to the Avengers 5-2 last week. “They are fresh in our heads and I think we can adjust play-wise to hopefully be on the opposite side of things this time around and get the win.”