Council sends proposal to planning board for review

The Barrington Town Council has taken a step toward banning any new gas stations from opening in town.

During the council meeting on Monday night, July 25, members discussed the idea of …

Council sends proposal to planning board for review 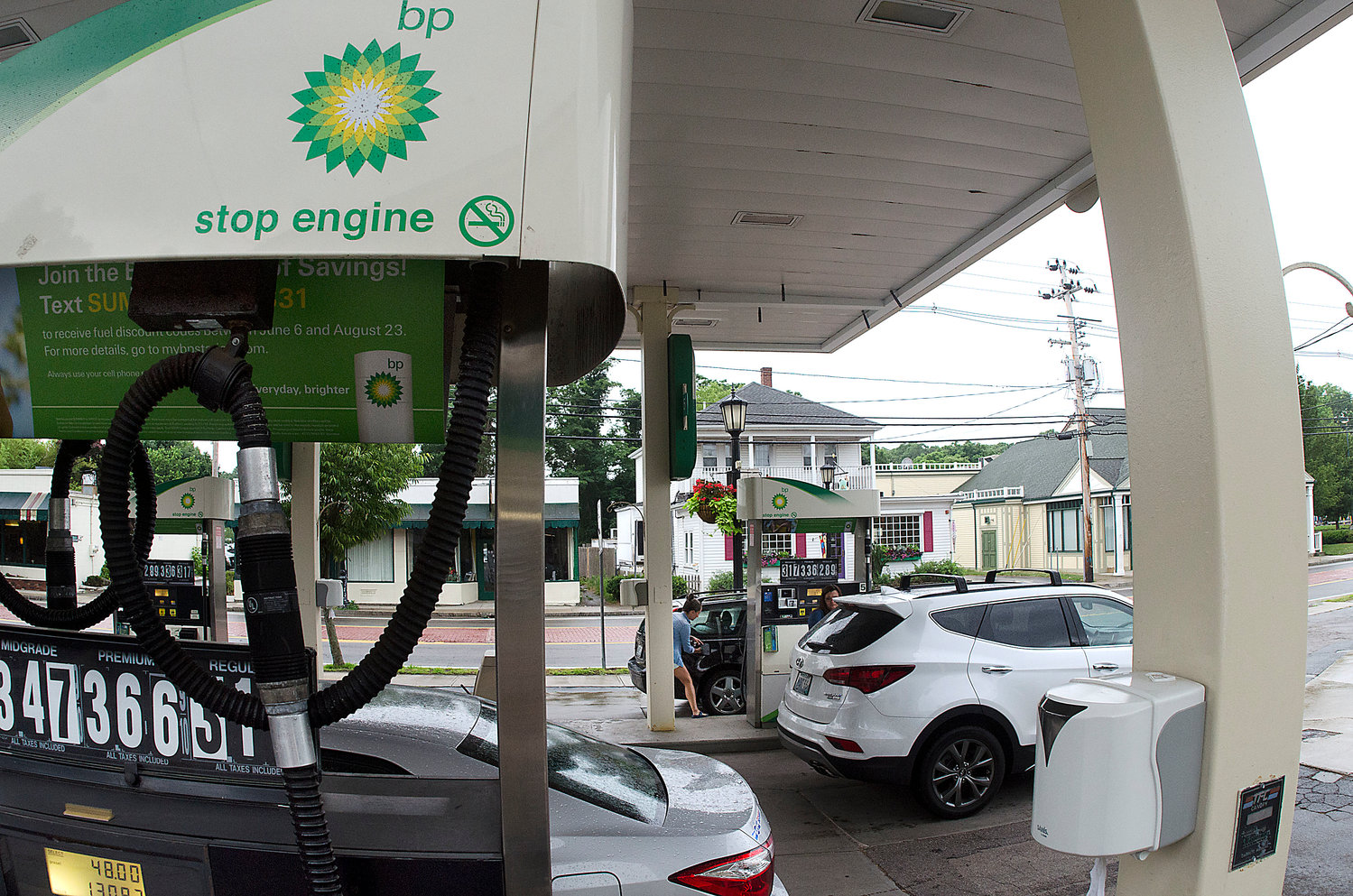 The BP gas station in Barrington closed in 2019, leaving just one operating gas station in town. The town council discussed the idea of drafting an ordinance amendment that would ban new gas stations from opening in Barrington.
Posted Wednesday, July 27, 2022 1:54 pm
By Josh Bickford

The Barrington Town Council has taken a step toward banning any new gas stations from opening in town.

During the council meeting on Monday night, July 25, members discussed the idea of amending the town’s zoning ordinance to prohibit any new gas stations from opening up in Barrington.

According to a memo from Barrington Town Manager Phil Hervey to members of the council, the town has received a request to enact the ban “as part of a climate strategy.” And the ban would not impact the existing gas station in town. Barrington Town Council President Michael Carroll said it was his idea to ban new gas stations in town.

“The idea has gained traction in California after Petaluma, Calif. became the first community to enact a ban,” Hervey wrote in the memo. “Barrington allows gas stations in just the Business district, subject to issuance of a special use permit.”

Barrington Town Council President Michael Carroll opened Monday night’s discussion by stating that the hope behind the idea is to move away from gasoline. Carroll said he wanted to ask the planning board to consider the amendment and report back to the council.

The change would need to follow the normal ordinance amendment process.

Currently, there is only one gas station operating in town: the Barrington Shell located at the corner of Waseca Avenue and County Road. There was a BP gas station located on County Road for years, but that station closed in 2019 and the tanks were removed. Vic’s Texaco station had sold gas on Maple Avenue for many years, but closed within the last few years.

“The ban,” Hervey wrote in the memo, “would likely prevent the site of the former BP station owned by Getty, which has been closed since 2019, from reopening as a gas station.”

Hervey also referenced an opinion shared by assistant solicitor Peter Skwirz regarding the matter: If Barrington prohibits gas stations, “the owners of the BP gas station would have to introduce sufficient evidence of an intent not to abandon in order to overcome the presumption that they abandoned the nonconforming use. If they produce sufficient evidence, they can continue to operate a gas station. If they fail to produce such evidence, then they can’t.”

After a short discussion, Carroll made a motion to refer the proposed gas station ban to the planning board.

But before seconding the motion, council member Rob Humm asked that the language of the motion be changed to include the word “new” in front of gas stations.

Assistant town solicitor Amy Goins said the motion did not need the word “new.” She said any current gas stations would be exempt from the ordinance as a pre-existing non-conforming use.

Humm persisted that he would prefer the word “new” be included in the language, and Carroll agreed to the change.

In addition, Brier said he was worried that amending this ordinance would remove the competition for the lone existing gas station in town.

Humm said the motion was just to refer the proposal to the planning board.

A moment later, the council voted 3-1 to approve the motion. Carroll, Humm and Annelise Conway voted in favor of it, while Brier was opposed.