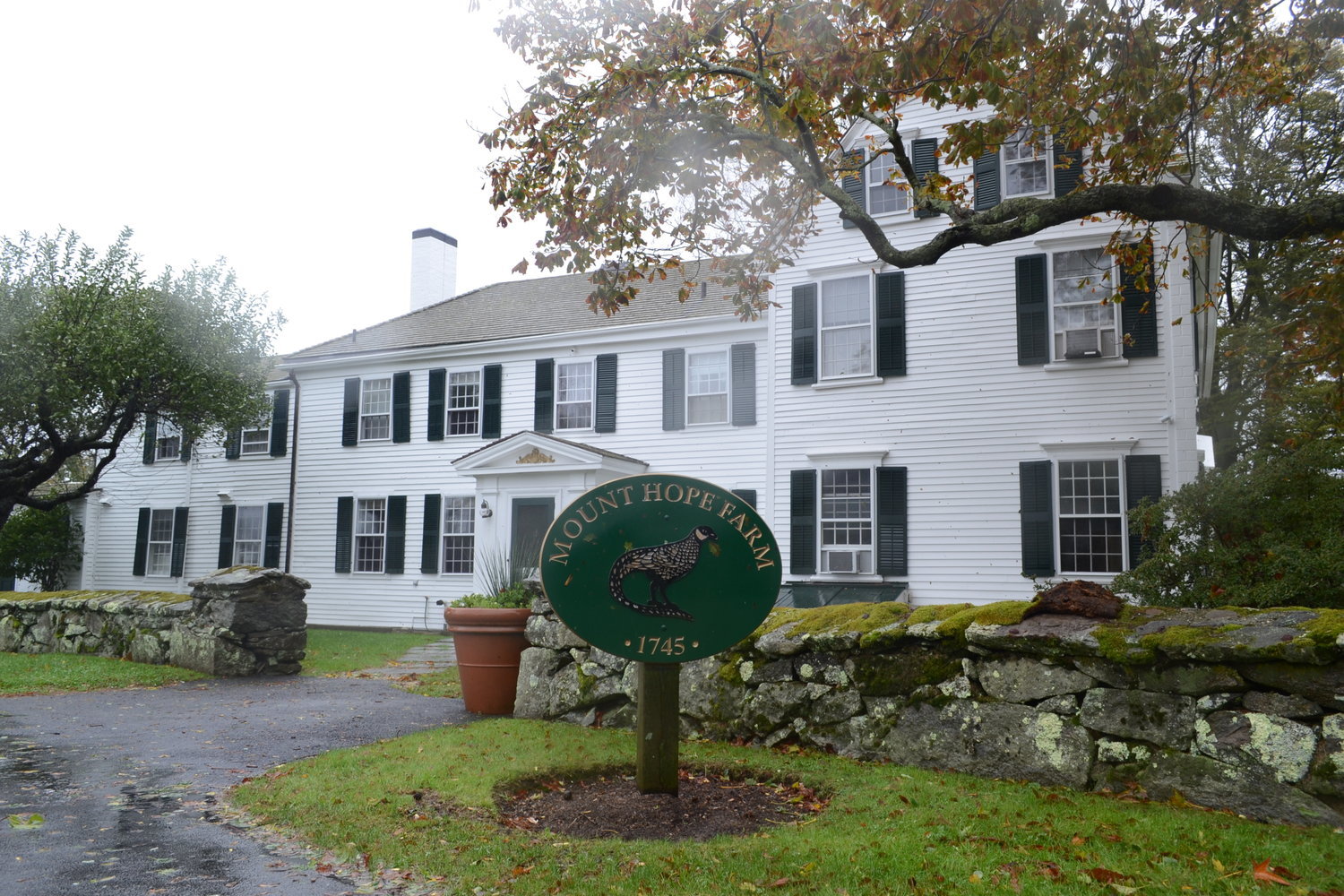 Though open to the public daily, Mount Hope Farm is not a public property. New bylaws attempt to clarify the relationship between the Town of Bristol and the farm.
Ethan Hartley
Posted Wednesday, November 24, 2021 2:51 pm
By Christy Nadalin

When the trust was created that allowed for the purchase of Mount Hope Farm back in 1999, it was required that the farm’s directors bring periodic bylaws amendments before the Bristol Town Council for approval, a process that has not happened for a decade.

While it has been a long time since that happened, new revisions are mostly minor, though there are a few key areas where changes seek to delineate the relationship between the town and the farm.

It’s a relationship that, for many residents, has been unclear. Recalling the bond that the town provided to help the farm’s trustees purchase the property, some residents have treated the farm as a quasi-public property they can access as they would the town common, Independence Park, or other municipal park.

In reality, once the trustees repaid the bond, which they did several years ago, the town no longer has any ownership in the farm — much like the bank does not own any part of a home once the mortgage has been paid off.

Diane Williamson, Bristol’s director of community development, prepared a memo that outlines the changes between the last update of the bylaws, in 2010, to today.
They include:

Key sticking points included the consistency of posted opening hours, the definition of a town nonprofit, and access to the property for the town and public.

“As you know, from May through October we’re very busy with weddings so we would lose significant amount of revenue if, for example, the Fourth of July Committee came to us and said they want to have a meeting,” said Mount Hope Farm Executive Director Brenda Turchetta. “It’s more just making sure we’re all on the same page, because historically, sometimes we have had differences of understanding. We don’t want to mislead you guys.”

“We obviously don’t want to take away from revenue generation,” agreed Council Chairman Nathan Calouro during a recent council meeting.

Turchetta clarified that despite signage delays, the farm’s hours are posted on their website, and the public is welcome daily from 8 a.m. until 6 p.m. While the south pasture gate may be closed (due to past issues with vandalism and not being able to monitor that entry point), the main entrance is open and visitors can park in the lot by the barn.

The council ratified the bylaws as amended.