EAST PROVIDENCE — Open and operational, and very much notably under-budget, the new East Providence High School project was broached once again on a monthly basis at meetings of the Building … 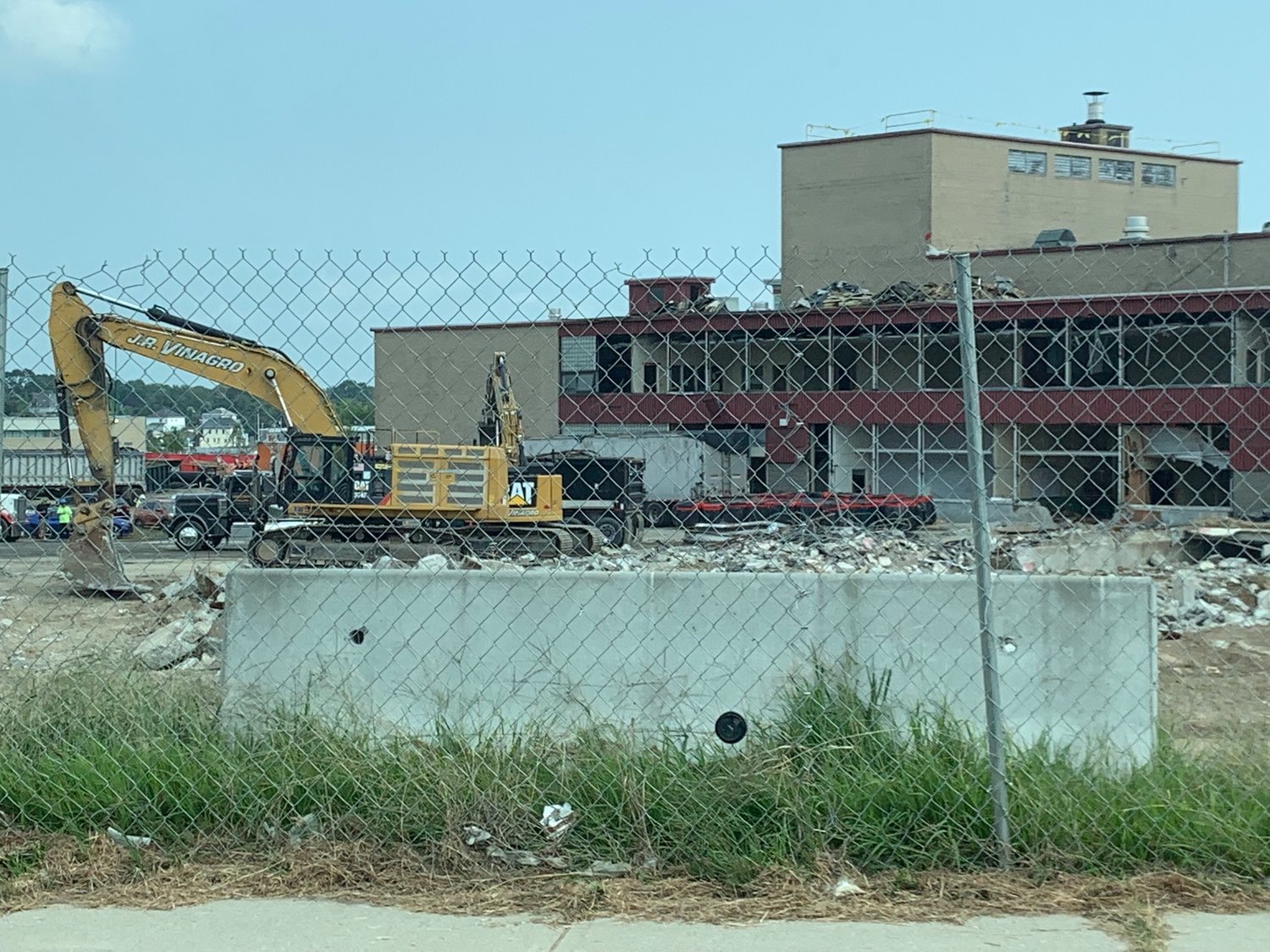 Demolition of the old EPHS structure continued on Wednesday, Sept. 14. 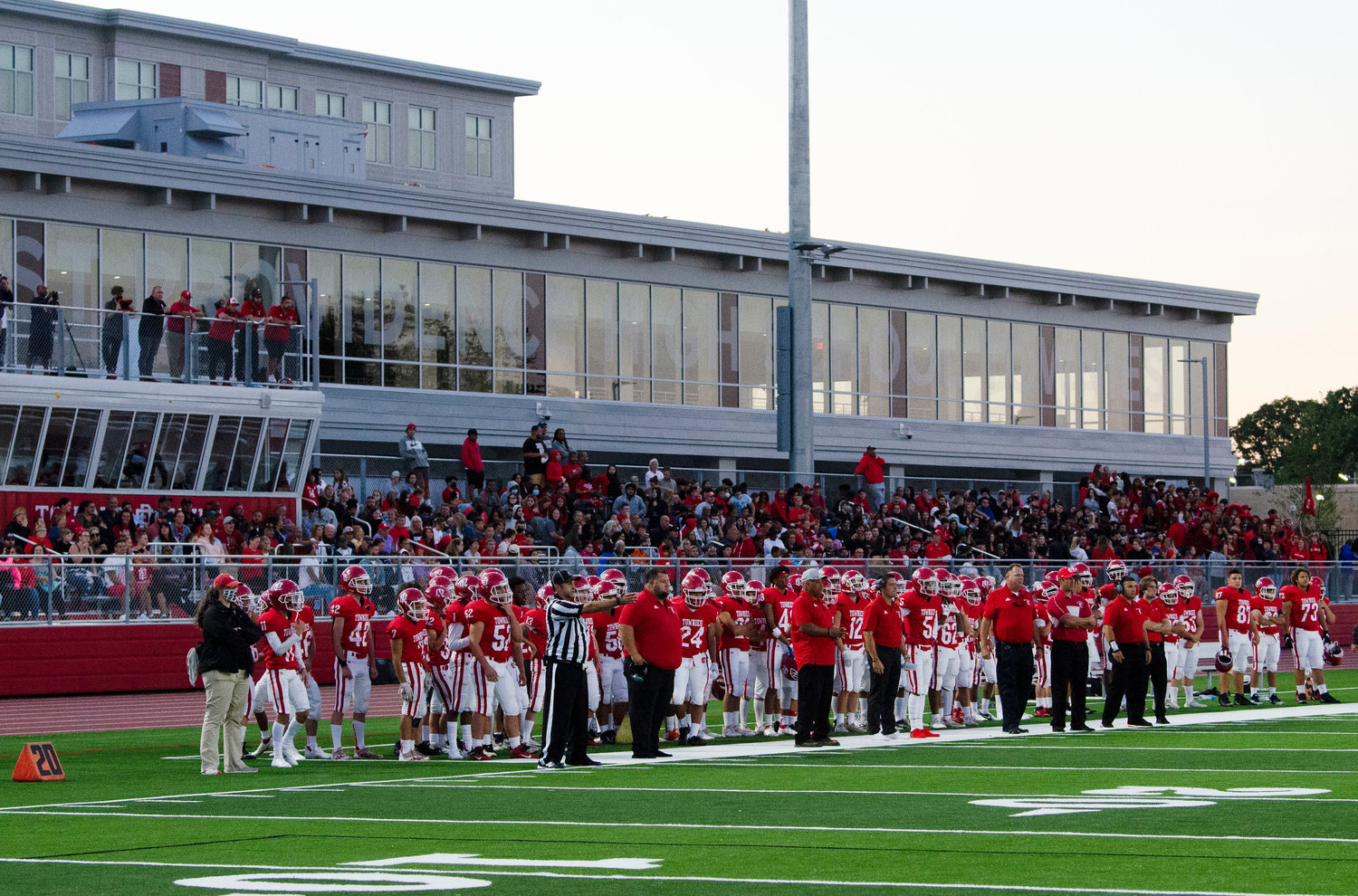 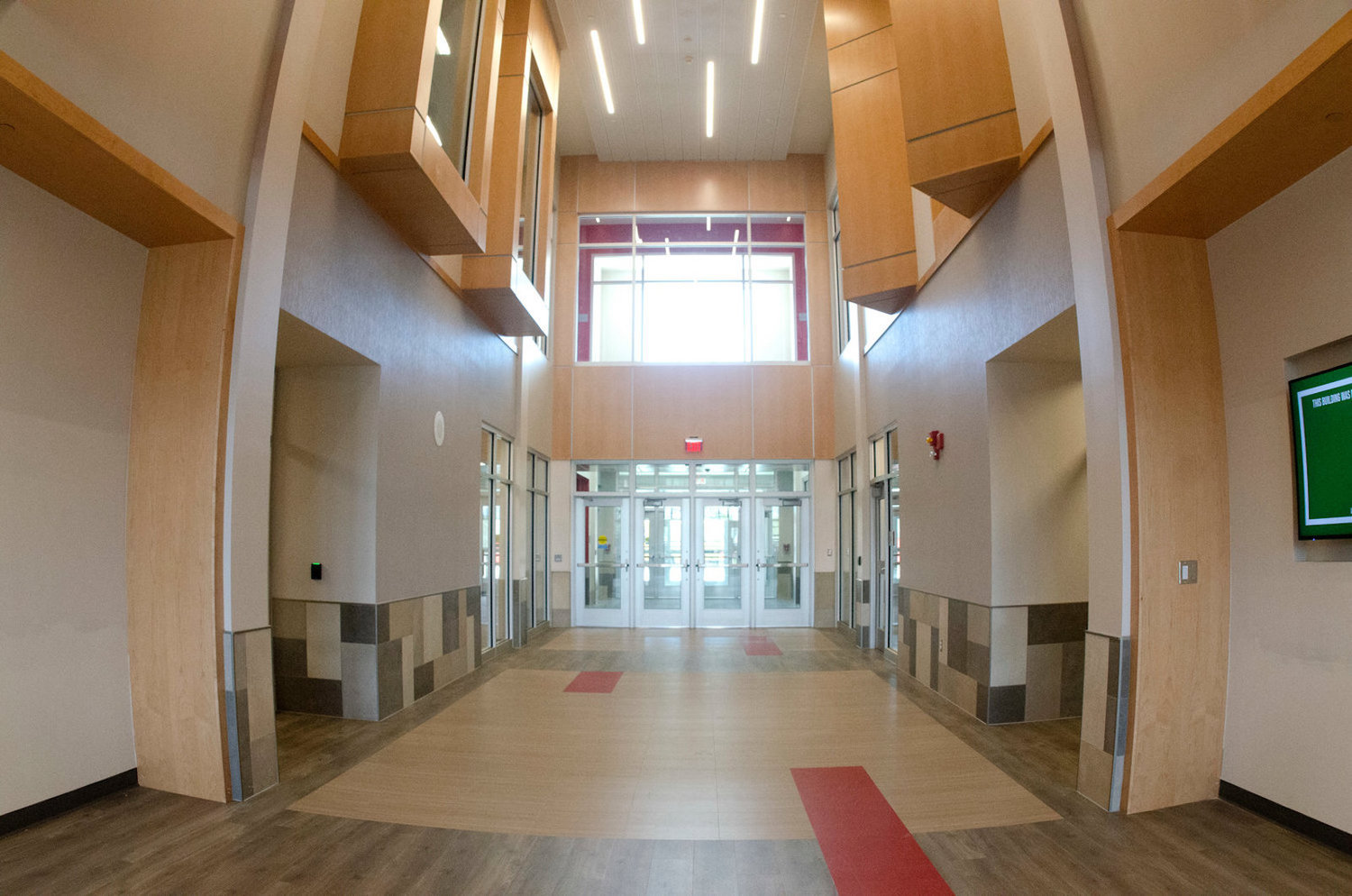 Inside the main foyer of the new EPHS building. 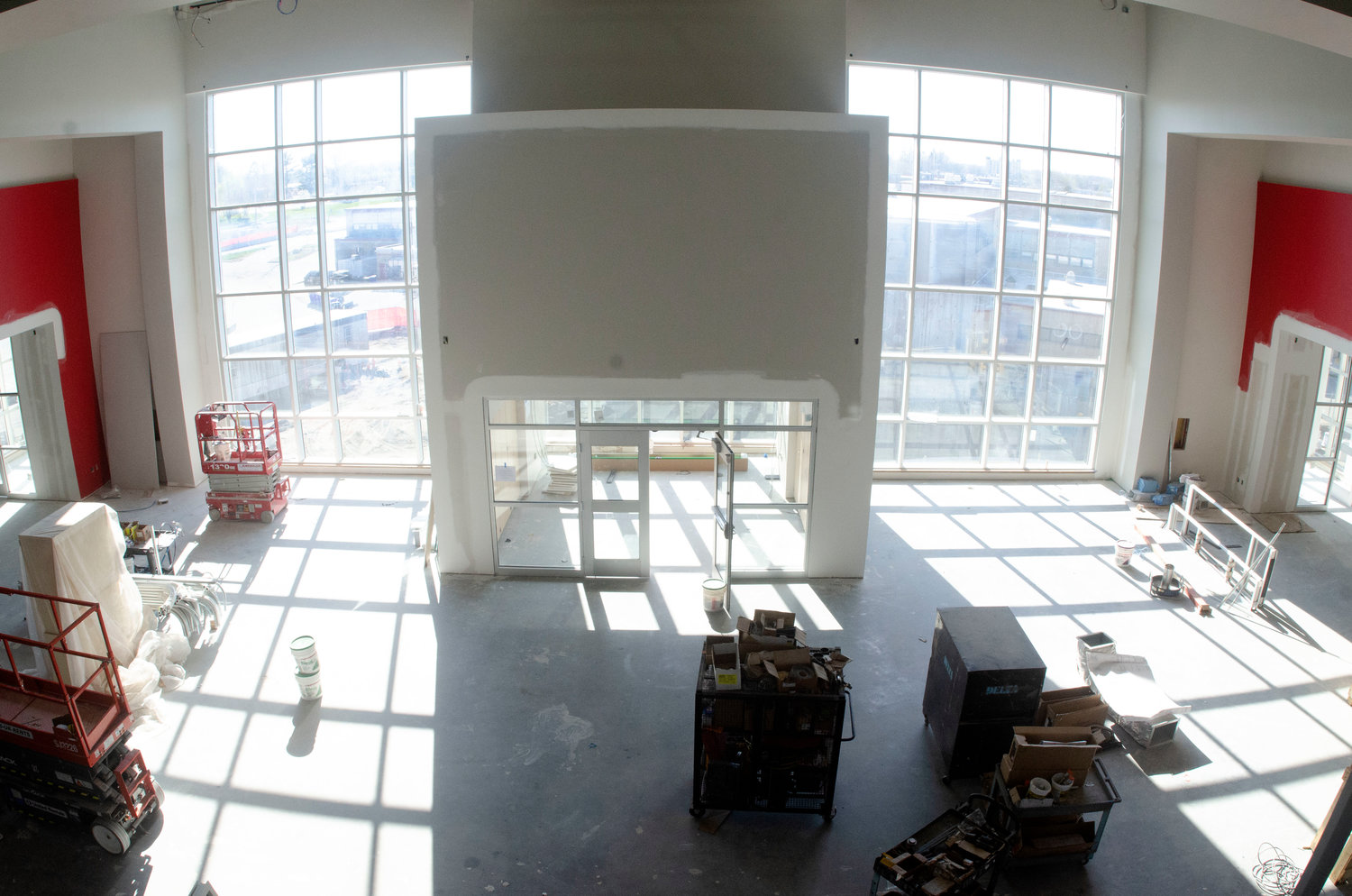 The new EPHS media center, approved by the School Committee to be named in Superintendent Kathryn Crowley's honor, as it looked in May 2021.
Previous Next
Posted Wednesday, September 15, 2021 1:03 pm
By Mike Rego

EAST PROVIDENCE — Open and operational, and very much notably under-budget, the new East Providence High School project was broached once again on a monthly basis at meetings of the Building and School Committees last week.

The latest findings were presented to the Building Committee on Monday, Sept. 13, by the district’s owner project manager Sam Bradner, of the city-based Peregrine Group, and to the full School Committee on Tuesday, Sept. 14, by chairman and At-Large member Joel Monteiro, who shares the chair of the new EPHS body with Ward 3 City Councilor Nate Cahoon.

The actual construction components of the project are 83.5 percent complete based on work done in place as of the end of August 2021.

The district’s owner contingency fund for the $189.5 million project currently has some $3.1 million in reserve, representing a significant surplus while also affording the district chances to make additional appropriations if and/or when needed.

“It’s great for us as a district to be in this position, because it is rare,” Mr. Monteiro said of the owner’s contingency fund status.

Of note as well, MWBE, or Minority/Women-owned Business Enterprises, participation in the project currently sits at 13 percent, remaining above the anticipated figure of 10 percent.

Construction update
The new EPHS campus remains as active construction site even as the 2021-22 term began two weeks ago.

Much of the work is focused on “finishes” such as installation of equipment that continues to be in receipt due to supply line delays caused by the COVID-19 pandemic.

Mr. Monteiro said tests of the building’s heating and air conditioning systems continue, especially the former as winter approaches, and adjustments to the ventilation system are ongoing.

He continued, infrared scans of the structure observing its weatherproofing have all returned positive.

Classroom reviews
Mr. Monteiro said forms have been provided to all EPHS teachers to report back on any issues pertaining to each of their classrooms. The data filters to the district and to Peregrine and to the project’s lead contractor Gilbane

As examples of the information being sought from the instructors are uneven paint coverage, any imperfections in walls or with cabinetry that may not be latching properly.

Saying some hiccups were to be expected, Mr. Monteiro added with teachers actively involved in the actual operations of the building now that it is functioning on a daily basis any feedback they can provide is appreciated.

Also, because of the owner’s contingency surplus, the district is encouraging instructors to development “wish lists” of curriculum-based equipment/resources they would like to have added to their departments.

Old EPHS demo
Mr. Monteiro said even after the delay caused by confusion over gas lines on the property in the summer, the demolition of the old EPHS building is moving faster than anticipated.

He explained abatement of toxic materials in the 70-year-old structure was “lighter than expected in some sections of the building.”

Crews from J.R Vinagro Corp. are finishing up abatement of the roof and windows of the old science wing.

Beginning this week, more soil is expected to be removed from the site and abatement is planned to start on the former building’s heating room.

The entirety of the old EPHS is now on target to be raised by the end of October instead of the initially anticipated end of December 2021.

New stadium
The EPHS athletics stadium opened two weeks ago to a glowing response, including the first football game played on the artificial turf surface in front of an overflow crowd estimated to have surpassed 2,000.

Mr. Monteiro said, the Building Committee is actively looking at “maximizing” all opportunities to make improvements to elements of the project that directly impact new campus’s use by both students and the community.

Those in attendance, he emphasized, must adhere to the same existing health and safety protocols followed by students and staff, meaning mask mandates will be in effect.

Library/media center
Subsequent to a previous and impassioned approach by members of the new EPHS Building Committee, the School Committee gave second and formal approval to the dedication of the Library/Media Center in honor of Superintendent Kathryn Crowley.

Upon the unanimous vote of the body last week, Superintendent Crowley simply said, “Thank you.”

After the School Committee’s August 10 meeting when Mr. Cahoon and fellow new EPHS committee member Steve Amoroso spoke emphatically in support of the proposal, Superintendent Crowley said, “It’s been such a team effort by the full Building Committee and our little sub-committee. It’s been a lot of hard work, but very rewarding. And for them to do this, I truly am speechless. I’m very, very honored…very touched.”