I read with interest the recent Post article  on the upcoming replacement of the Hunts Mills Bridge.

Because we will all be experiencing some inconvenience during its period of closure, I … 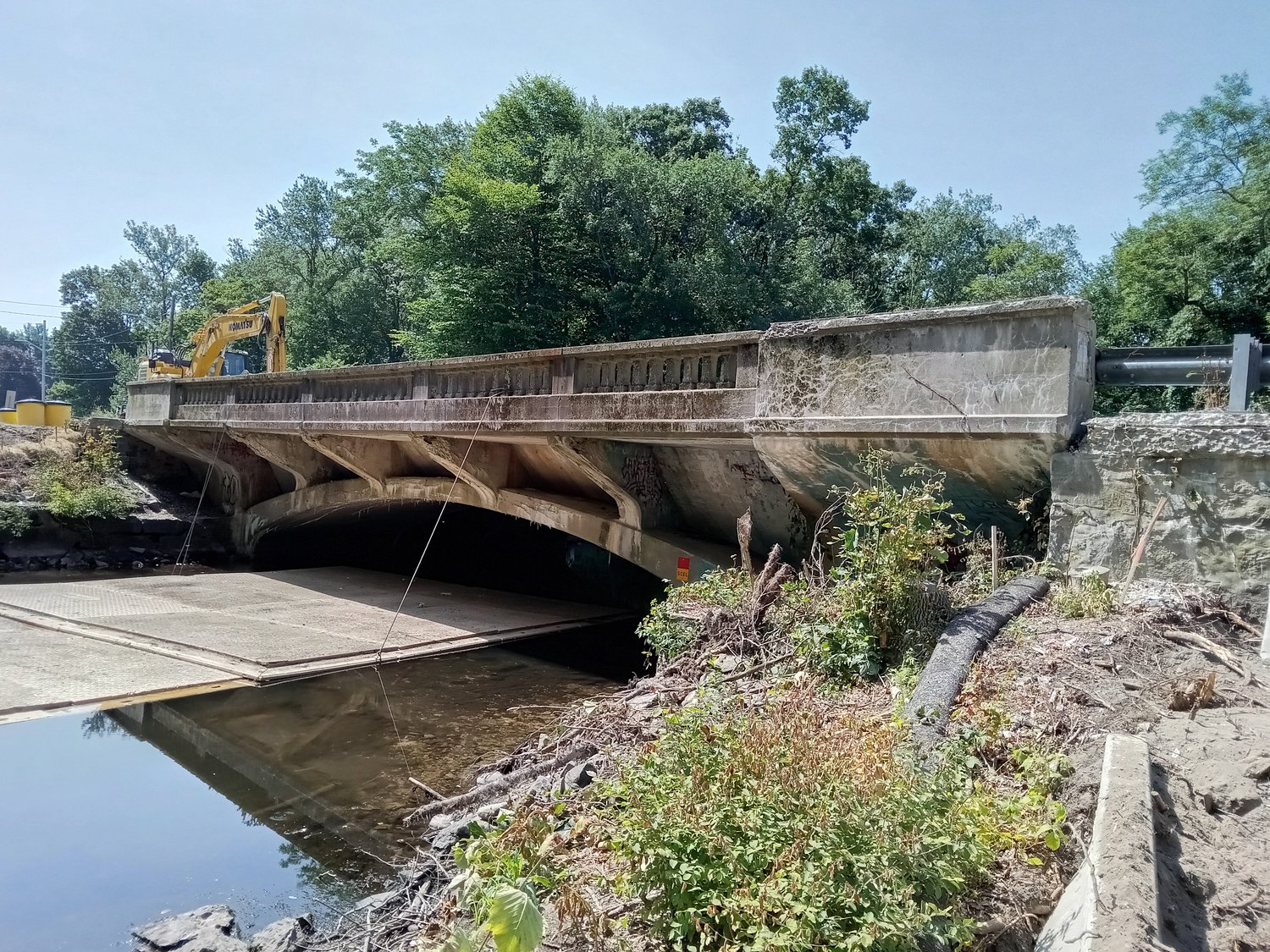 I read with interest the recent Post article  on the upcoming replacement of the Hunts Mills Bridge.

Because we will all be experiencing some inconvenience during its period of closure, I thought some background history of this 1926 reinforced-concrete arch bridge might help in appreciating the near-100-year duration of this innovative concrete bridge from the early automobile era and, perhaps, help us cope with the necessary detours.

The story begins in 1913 when Clarence Hussey, a young MIT graduate took a job with the Rhode Island State Board of Public Roads (SBPR) — predecessor of today’s RIDOT — as the Board’s first Chief Bridge Engineer. Shortly after the formation of the board in 1902 the SBPR had begun cobbling together a system of state roads. The early legislation that created the SBPR had left the repair, maintenance and construction of bridges lying on these newly-established state routes out of the picture.

Managing all the bridges on state roads could get expensive — and along Rhode Island’s roads at that time were scores of dilapidated, failing, timber and masonry bridges built for horse and pedestrian use. The local carpenters and masons who built these 19th-century bridges could not have imagined the speed, vibration, load or volume of modern automobile traffic.

A lawsuit occasioned by the upending of a horse-drawn carriage on the old timber Flat River Bridge in Coventry challenged the SBPR’s position that they were solely in the road business — not the bridge business. A rotted plank on this bridge cause a horse to fall, tossing the carriage and its occupant in the process. A court case against the state for damages, as played out between 1909 and 1911, forced the SBPR to accept responsibility for all bridges lying on state roads. To do that, the SBPR formed a Bridge Department, hiring Clarence Hussey as their head engineer.

Hussey’s first task was to journey along the bumpy — mostly unpaved — roads that formed the early state road system and inspect each bridge, assessing its ability to carry the load of automobile and truck traffic. But he did something better: Outfitted with a new Model T and a film camera, he photographed all 144 bridges in the state system, establishing a photo collection that survives at RIDOT to this day, providing an invaluable record of life along the state’s roads and rivers a century ago.

Hussey was an early and active advocate of concrete construction. It’s hard for 21st-century Rhode Islanders to imagine concrete as a visionary material, but to an emerging group of civil engineers in 1900 it was just that. Called “liquid granite” by one observer, its possibilities and shapes were limited only by the imagination. And Hussey had a remarkable imagination.

Tasked with devising a set of standard, off-the-shelf concrete bridge designs that could be adapted easily to different circumstances of terrain and geometry, he found himself overseeing the immediate (sometimes emergency) construction of replacement bridges and, in the process, considering the inefficient use and unnecessary expense of concrete in the design of the SBPR’s standard arch bridges.

The earliest state-built concrete arch bridges consisted of a simple “drum” of one or more poured-concrete arches built to accommodate the width of the roadway and the associated sidewalks. Hussey observed that that width was unnecessary because sidewalks don’t have to carry much of a load. In addressing that, he conceived a new type of bridge called a “modified arch.”

In this surprisingly modern design, the vertical or “spandrel” walls of the bridge were inclined back toward the center of the roadway with cantilevered sidewalk brackets anchored to these pitched walls and the arch. The complexity of the wooden forms that gave shape to the concrete during the pouring and curing process were themselves a thing to behold.

In the process, Hussey had come up with a design that was singularly beautiful and exceptionally strong — while using half the volume of concrete required for traditional arch bridges. It was noted in Hussey’s obituary that his “…ideas, although marked by striking originality, had the saving virtue of reasonableness.” This modified arch design remains unique to Rhode Island roads.

I recently walked the paths that hug the Ten Mile upstream of the Hunts Mills Bridge. There is a place, shortly after entering the path, where you can get a good look at the spandrel walls and underside of Hussey’s bridge and, for a moment, consider how his combined grasp of mathematics, physics, the strength of reinforced concrete, and a remarkable design sense coalesced to create a structure that represents — stunningly — the modern adage of “form following function” perhaps as well as any other 20th-century construction we might encounter.

By the time of Clarence Hussey’s death in 1925, he had overseen the construction of several of these modified arch bridges. Few remain. From the years of his first efforts as a recent MIT graduate, he had grown increasing bold in his designs and confident in the structural strength of reinforced concrete. The Hunts Mills Bridge was one of the last of these bridges, its formal opening occurring a year after his passing.

It’s unfortunate that the enduring memory of the Hunts Mills Bridge for many will be the conspicuous spalling and failure of the concrete railing visible to all of us who drove countless times over the single arch spanning the Ten Mile. A quick look at the elevation from below along the river — before it disappears — tells a very different story.

— Connors is a preservation consultant and historian living in Riverside.

Letter: Delighted by our diverse and welcoming community

Letter: 'Time of Beauty' as summer carries on