Buddy Cianci will forever be tied to Bristol

It is impossible to separate Mr. Cianci and his history in the Town of Bristol. Anyone who's been to a Bristol …

Buddy Cianci will forever be tied to Bristol 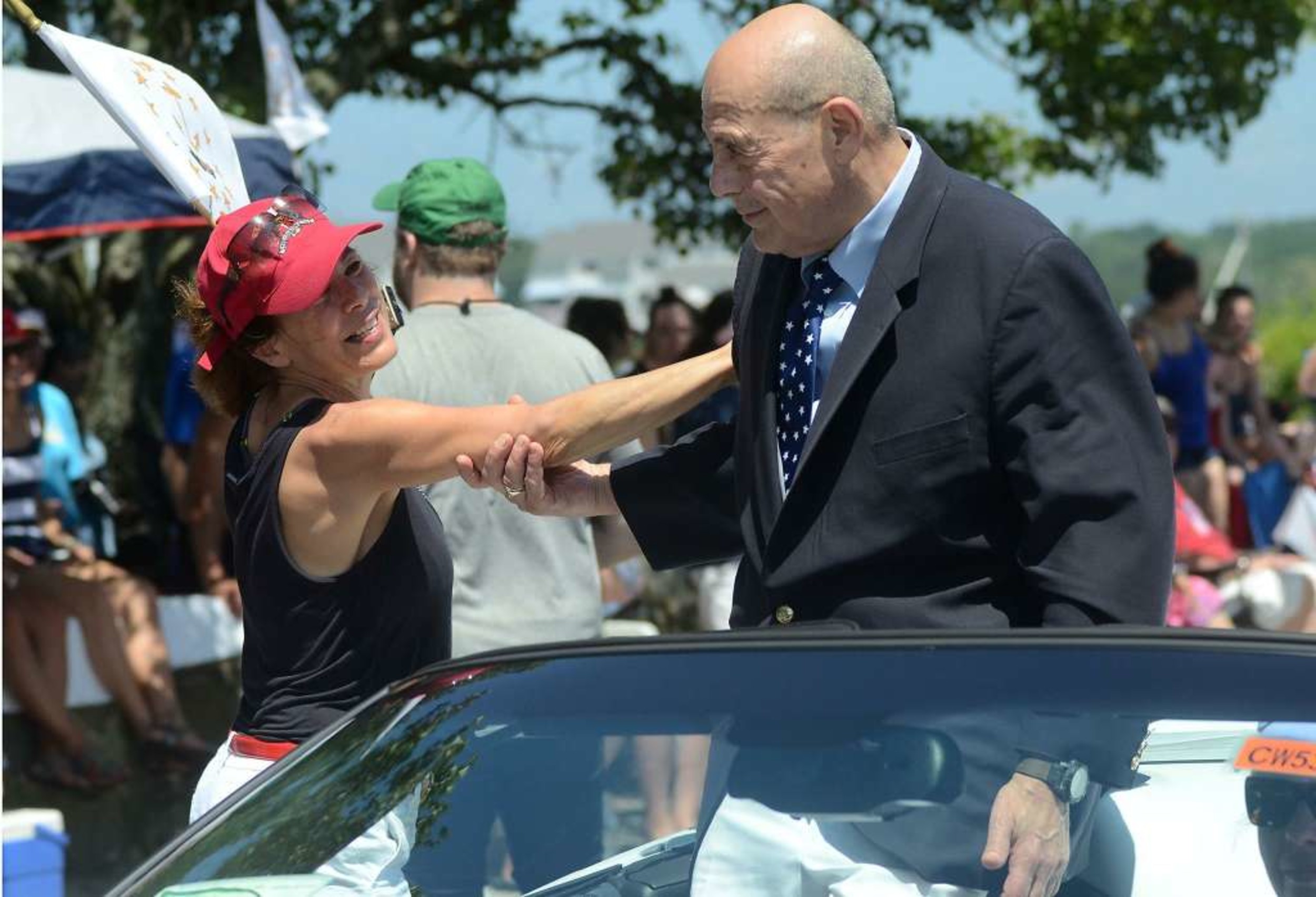 The Prince of Providence was a favorite on the parade route.
Posted Thursday, January 28, 2016 12:44 pm
Victor Paul Alvarez

It is impossible to separate Mr. Cianci and his history in the Town of Bristol. Anyone who's been to a Bristol Fourth of July Parade in which he marched can attest to the former mayor's star power. People cheered a little louder when he walked by. A particularly rowdy group of fellas would line up like hot dogs on the street before him while one of them jumped the pile to impress the former mayor.

Not impressed, however, was Bristol's Raymond S. DeLeo, who died in 2013 at age 89. The two men, who had been friends and political allies, had a historic meeting in 1983, when Mr. Cianci believed his estranged wife was having an affair with the Bristol contractor. The story is known to nearly anyone who knows the name Cianci.

In a 2003 New York Times review of Providence Journal reporter Mike Stanton's Cianci book, "The Prince of Providence," The Times summed it up like this:

"Cianci summoned the man to his house. It was irrelevant that DeLeo denied the accusation, or that Cianci was himself a notorious philanderer. As Stanton tells it, the mayor slapped DeLeo around, tried to snuff out a cigarette in his eye, threatened to clobber him with a fireplace log, threw an ashtray at him -- all while demanding half a million dollars. Even for freewheeling Providence that was too much. Cianci went into exile, a feathered one to be sure; he even had his own radio show. But the allure of City Hall did not fade. In 1990 he engineered a comeback, calculating correctly that in a three-way race, his core of admirers was solid enough for him to win a narrow victory."

Cianci was forced out of office after pleading no contest to charges of assaulting Mr. DeLeo and received a five-year suspended sentence. Mr. DeLeo, a lifelong resident of Bristol, was also the head of the Bristol Republican Town Committee. Known for his Fourth of July parties at his High Street home, Mr. DeLeo once consulted Mr. Cianci regarding a possible libel suit against The Bristol Phoenix.

As Mr. Stanton wrote in the Providence Journal:

"The newspaper had run a cartoon depicting DeLeo sitting on the stone wall outside his house, pulling the puppet strings of local GOP candidates."

Mr. Cianci never sued the paper, but he clearly broke free of the alleged puppet strings in the years after assaulting Mr. DeLeo, marching by the victim's High Street home on the parade route.

When he was invited, that is. The former mayor was known to crash Bristol events.

In 1975, Chief Marshal Dr. Manuel deSilva held his reception under a large tent in the lot next to his Bristol County Medical building. Mr. Cianci was not invited, so he crashed the reception via helicopter, landing near the lot and sending clouds of dust into the tent.

As Bristol Historian Dick Simpson tells it, Mr. Cianci invited himself back to town again in 1980.

"Under Fourth of July Committee bylaws adopted in 1976, invitations to march are only issued to local, state and national officeholders; office seekers may not receive an invitation to march," Mr. Simpson wrote in his book, "Historic Bristol: Tales from an Old Rhode Island Seaport."

The committee decided to strongly enforce the rule, which Mr. Cianci correctly took as an effort to keep him from the parade. Again, he used his helicopter to infiltrate the town, landing on the Colt High School athletic field. "They smuggled me in like a Trojan Horse," Mr. Cianci said at the time.

Mr. Cianci's 1983 parade march was perhaps his most defiant. As Mr. Simpson wrote, Mr. Cianci marched "despite being indicted for assaulting Bristol contractor Raymond DeLeo, whose high-walled and gated house at 2 High Street is prominently on the parade route. Two police officers were posted outside DeLeo's home as a precaution, but Cianci marched by, seeming not to notice the party of celebrants on the front yard."

And in 2002, when a federal jury convicted him on a racketeering charge, Mr. Cianci marched (via golf cart) to a mostly exuberant crowd offering high fives and hugs. However, the most memorable parade moment of the year came when he was stopped for an lengthy, awkward pause at 2 High Street.

His quick wit, intelligence and political mind was not to be denied, either. Former Bristol Phoenix Publisher Ros Bosworth, Jr. said Thursday that he will miss Mr. Cianci's brilliance as a thinker, as a unique voice in Rhode Island.

"I am saddened that his voice is stilled," Mr. Bosworth said.

"I really am. I have trouble seeing him leave us. There was a song that occasionally was played on his program, 'Beyond the Blue Horizon.' My wife and I, when we heard that song, we always felt that we were hearing Buddy. I guess it is his song."