Photo - The IslandThe Island Child Care Center, located in a building owned by St. Michael’s Church, is facing an uncertain future after the Rev. Michael … 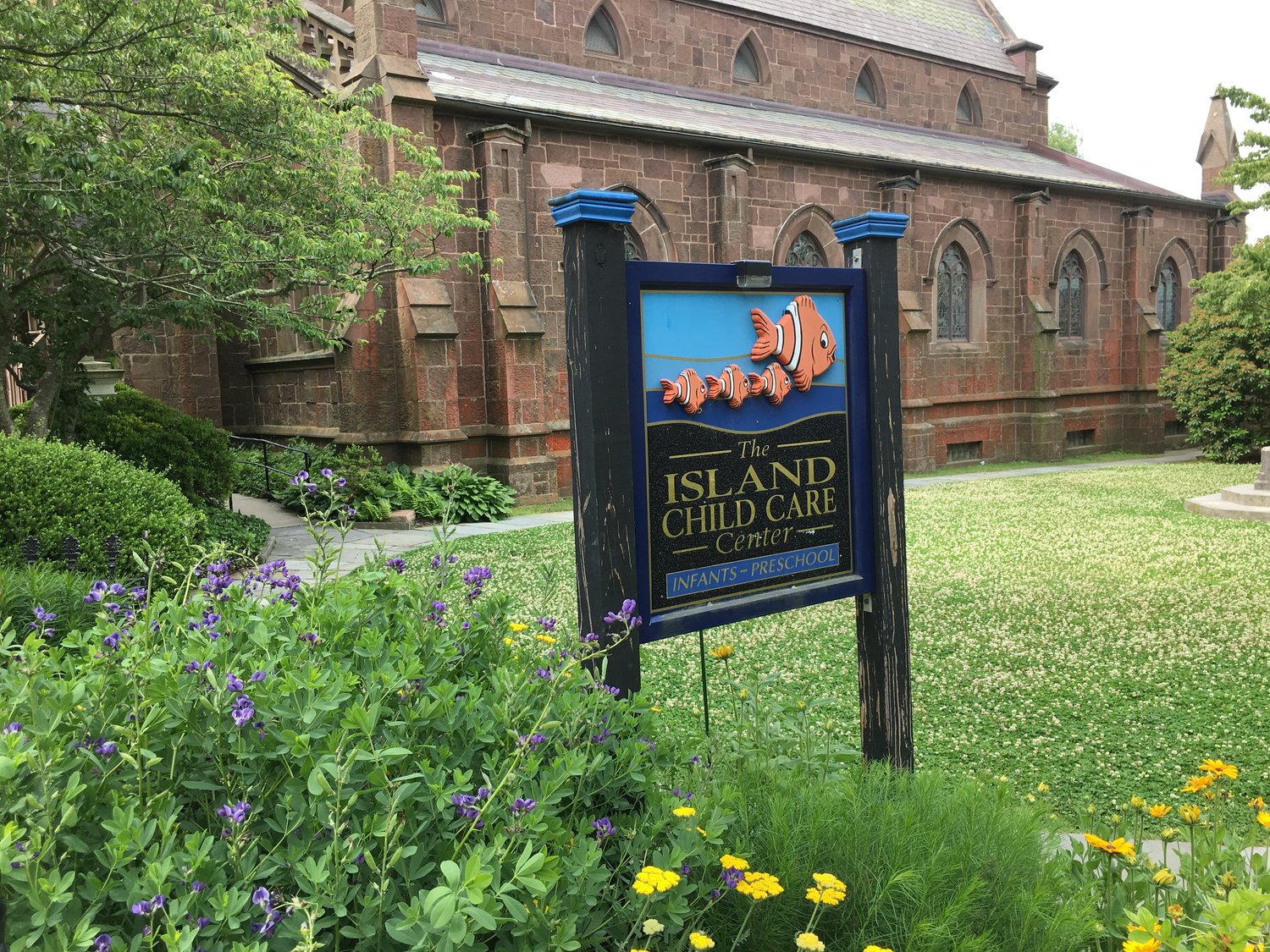 The Island Child Care Center, located in a building owned by St. Michael’s Church, is facing an uncertain future after the Rev. Michael Horvath notified the owner that the church wants them to vacate their space.
Posted Thursday, June 23, 2022 12:49 pm
By Ethan Hartley

Parents who send their children to daycare at The Island Child Care Center — which operates out of the Tildesley Building owned by St. Michael’s Church in Bristol — are anxious for answers about whether or not the daycare facility will be operating come July 1.

In a letter sent last week by Ann Hackett, owner of The Island’s Bristol location since it opened in September of 2013 and owner of its original location in Portsmouth, parents of nearly 80 children were informed that St. Michael’s Church — specifically through its rector, Rev. Michael J. Horvath — expects the daycare to vacate the premises by the end of this month.

The daycare believes it has a valid lease to remain there for two more years. The church disputes that. The acrimony went public this week, when Hackett sent her letter to all the families.

“Our business was valued, and we were welcomed by St. Michael’s Church,” Hackett wrote in the letter. “We have cherished the relationships we have had with members of the Vestry, former Reverends, and many parishioners. However, since the present Reverend was assigned about two and a half years ago, he has made it clear to us, the church’s Vestry members, parishioners and to some of our parents, that he has had a goal to break our lease early.”

Reached for comment, Rev. Horvath deferred to his attorney, Tanner Jackson, who clarified that no formal eviction process has been initiated — although that does not answer the ultimate question of what will happen regarding the future of the daycare’s operations.

“There is no pending eviction action,” Jackson said. “As of June 21 [the date of this interview], they are rightfully occupying the space that they occupy.” That stance seems likely to change on July 1.

Lease disagreement
When The Island opened in 2013, a licensing agreement was written up and signed by Hackett and then-rector David Lucey.

Section three of the lease states that following a one-year initial deal from Aug. 15, 2013 to Aug. 14, 2014, The Island would have the option to renew for three additional five-year terms, with a final conclusion date of the agreement in 2029. Either party has the right to provide a written termination of the agreement, so long as it occurs 180 days prior to the end of an existing term. Another clause mandates The Island would have to “notify the Church of its intent to exercise the License renewal not less than six (6) months before the end of the License term.”

Hackett said during an interview on Tuesday that she verbally told a church leader of her wishes to renew for a second, five-year term in February of 2019 (six months before the end of the term in August), and that, in her interpretation, that means they are now in the third year of that five-year cycle. It would appear, therefore, according to the language of the lease, that the Church would not be able to terminate the lease. Jackson, the St. Michael’s attorney, disagrees.

“I think that there are certain portions of that option paragraph that may or may not be enforceable,” he said.

The church’s argument is summarized in a written statement from the Law Office of Miller Scott Holbrook & Jackson, sent to Hacket’s attorney at the time, Paul Silva: “You state that the agreement has been renewed because there exists no proper termination notice. However, even if there was never a written notice of termination, your client still has the unambiguous, affirmative obligation to notify St. Michael’s of ICC’s intent to exercise this option … To date, St. Michael’s has no record of this required notice.”

Church wants them out
Jackson said, and Hackett confirmed, that attorneys for Rev. Horvath contacted Hackett in October of 2021 informing them of their position that the daycare facility was not in the midst of a lease period, but were rather month-to-month tenants, and that they would be terminating their lease.

“We’ve been communicating with the daycare center since October … The church thinks they have the right to reclaim that space,” Jackson said. “We’ve given them eight months.”

Hackett said that her response to the October 2021 letter was to have three separate attorneys look over the lease agreement — and that all of them concurred: The Island is legally in the right.

“I thought I put it to rest. I never heard from [Rev. Horvath about it] again. He started acting like there was nothing wrong, and I just put it to bed,” Hackett said. “And last week he had his lawyer send me an email that he wishes June 30 to be an amicable eviction.”

To reiterate, Jackson said that no official eviction action has been taken yet. He said the church would still like to exercise diplomatic options with The Island, but would not comment on whether one option would be to allow The Island to remain in the building.

“We realize the daycare center fulfills an important role in the community,” Jackson said, adding they would like conversations between the parties to continue. “Unfortunately that hasn’t progressed as much as we would like.”

Hackett said on Tuesday that she would consider taking legal action if an amicable solution cannot be reached. She said parents have been through enough turmoil in recent years without being disrupted by such uncertainty.

“They’ve been through enough just dealing with Covid, and the family members they’ve lost, and their kids getting sick and them not being able to go to work because they’re sick, and us not being able to open,” she said. “They love us. For a Reverend to try and break this family up, it’s ungodly.”