Could someone really have taken a 102-year-old WWII veteran's Purple Heart medals? 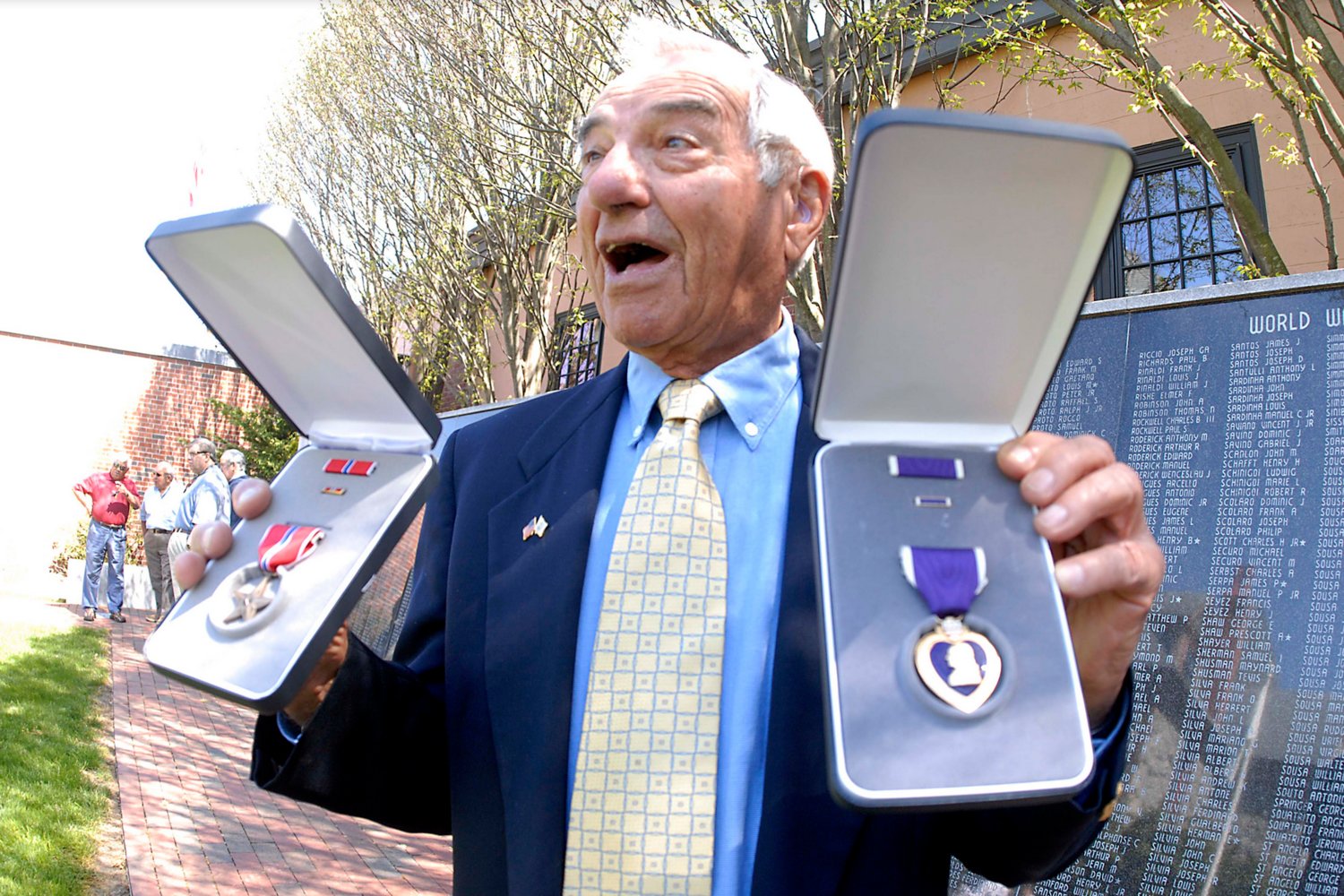 Arthur Medeiros certainly earned his three Purple Hearts. Wounded in combat in Europe during WWII, he waited nearly 70 years for one of them. But just a couple of weeks after the Bristol Town Council issued a proclamation declaring Bristol a Purple Heart town, Medeiros, a 102-year-old veteran of the Battle of the Bulge, acknowledges his have been missing for roughly a year.

There’s no way to know who took them, though Medeiros thinks it may have happened during his 101st birthday drive-by on May 10, 2021, when someone asked to use his bathroom and a handful of people went into his home. His Purple Hearts were sitting in their boxes on a table. It wasn’t until several months later that Medeiros’ daughter opened one of the boxes and found that all three were empty.

Medeiros’ Silver and Bronze stars were spared, probably because they were stored within a larger display case. The case also contains a flag that Medeiros received about five years ago when he took an honor flight to Washington D.C. and had the very distinct honor of presenting a wreath to the Captain of the Guards at the changing of the guard ceremony at the Tomb of the Unknown Soldier in Arlington National Cemetery.

The Newport VFW is working on getting the medals replaced, and Bristol Veterans Council President Wally Coelho is also joining that effort.

“It was a lot to go through,” Medeiros said of the WWII injuries that earned him the three Purple Hearts. “One time, I spent four weeks in bed, recovering. I went through so much and then some nitwit does that. Why would anyone steal someone’s medals?”