Bristol seeking a face lift for a town father

An effort is underway to restore a badly damaged portrait, painted by the daughter of a master

Thomas Shepard was the first superintendent of Bristol Schools, a job he held from 1849 to 1855, and one held concurrently with his role as Minister of the First Congregational Church from 1835 to …

Bristol seeking a face lift for a town father

An effort is underway to restore a badly damaged portrait, painted by the daughter of a master 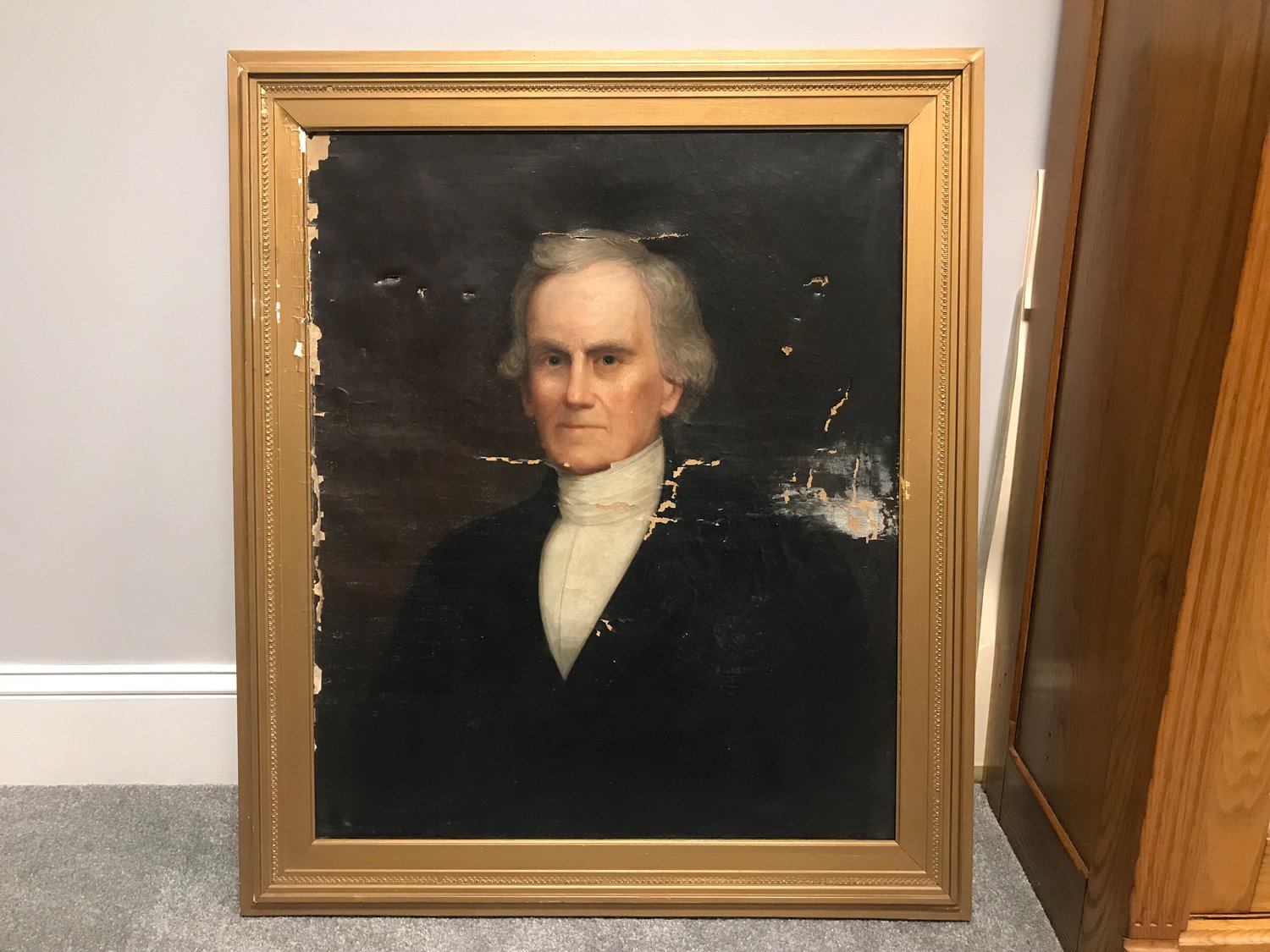 This painting of the first superintendent of Bristol schools was damaged while sitting in a basement for many years. It may take about $5,500 to restore it.
Posted Friday, February 19, 2021 7:00 am
By Christy Nadalin

Thomas Shepard was the first superintendent of Bristol Schools, a job he held from 1849 to 1855, and one held concurrently with his role as Minister of the First Congregational Church from 1835 to 1865. A portrait of the Rev. Mr. Shepherd hangs in Town Hall, but it is in urgent need of restoration, having suffered damage during a stint in a basement following school regionalization in the 1990s.

By all accounts, Rev. Shepard was a devoted public servant, as detailed in his obituary which appeared in the Providence Journal on Oct. 6, 1879. It reads, in part: “…. he carried, without effort and without affectation, both into his official and into his private relations, the gravity and decorum and self-respect which befitted his scared office … he had no taste for controversy and lived in charity with all men … he was in turn beloved by all and in his death many not of his own spiritual fold, will mourn a good counselor and friend.”

His portrait was painted by Jane Stuart (1812-1888), the youngest of 12 children of painter Gilbert Stuart and his wife Charlotte. Ms. Stuart’s famous father did not provide formal art lessons to his daughter, believing that real talent is born and not made.

“When they want to know if a puppy is of the true Newfoundland breed, they throw him into the river; if true, he will swim without being taught,” said the painter, famous for his iconic portrait of George Washington.

Fortunately, Jane was in fact supremely talented, and learned much by watching her father at work. After he died in 1828, leaving his family in poverty, Jane took on commissions and the responsibility of supporting her large family, first working in Boston and later in Newport, where she became the first female portrait artist in the city.

Ennis Bisbano, himself a former superintendent of the Bristol schools, began an effort to investigate the possibility of restoring this historic painting in November 2020, enlisting the help of Charlotte Burnham, longtime resident and children’s librarian at Rogers Free Library.

An estimate of about $5,500 has been obtained from a recommended and reputable art restoration service, and other estimates are being solicited. It is thought that it will need a re-lining, in-painting, and resurfacing. Work can begin with a $,2500 deposit, of which $500 has been promised by the First Congregational Church, and other private donors have indicated they intend to support the effort.

Ms. Burnham was expected to request support from the Bristol Town Council at their meeting on Wednesday (after press time), asking that the council approve the creation of a dedicated account with the town treasurer for the Thomas Shepard Portrait Restoration Fund, to which donations will be welcome.