Gunman confirmed to have taken his own life after shootout

Gunman confirmed to have taken his own life after shootout 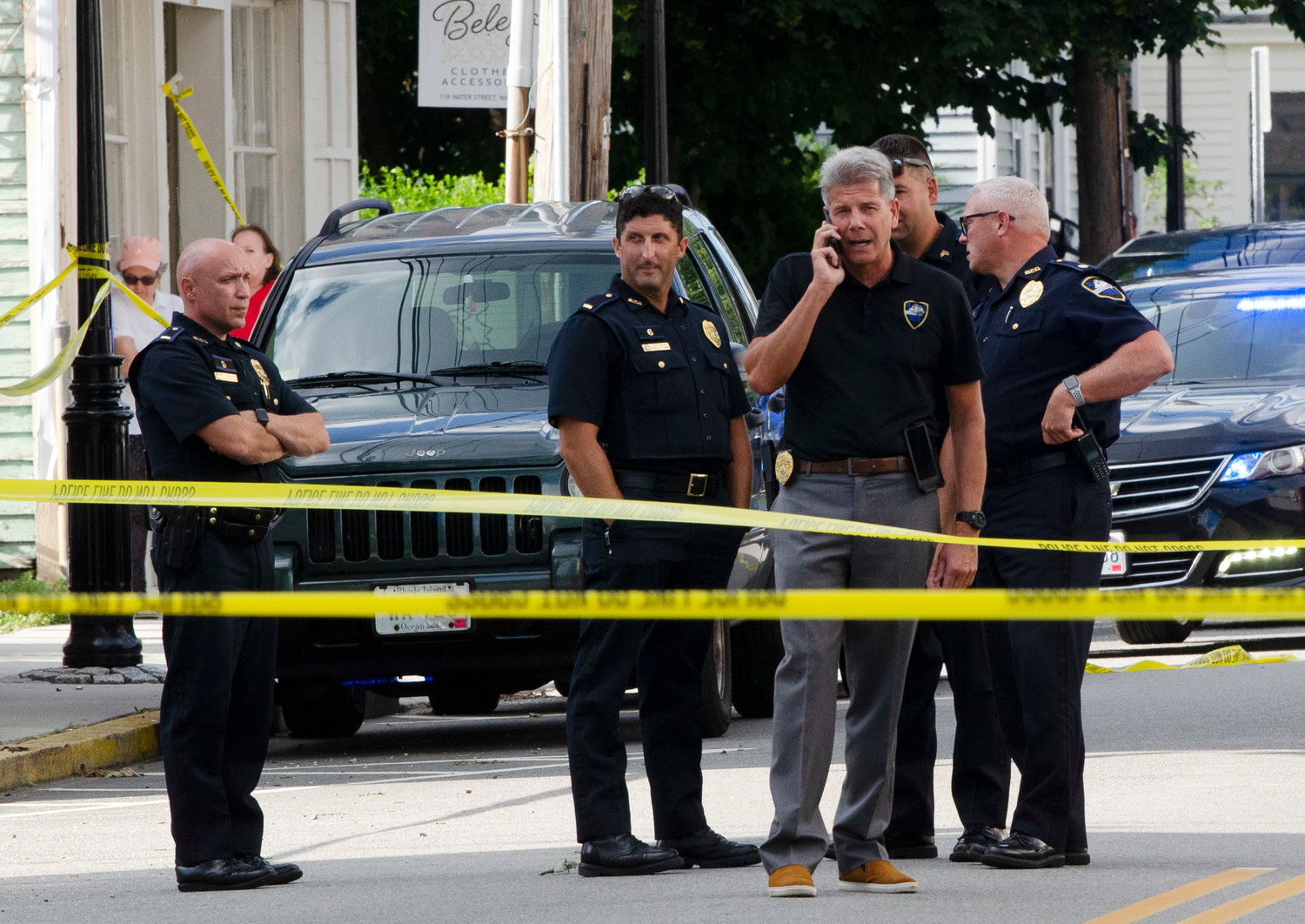 The Bristol Police Department released new information on Friday related to the Sept. 2 murder that took place at the Italian American Club in Warren, which concluded on Water Street following a shootout with Bristol’s chief of police and a major from the police force driving in the same car.

A press release issued by Bristol Police this afternoon confirmed that Bristol Chief of Police Kevin Lynch and Major Scott McNally were the occupants of the unmarked police car that was headed north on Water Street, responding to the Italian American Club, when Chief Lynch spotted the suspect, Michael Ouellette, near the alleyway at 135 Water St, which was his home.

According to the release, Major McNally, who was driving, immediately stopped the car and exited, at which point Ouellette, “opened a barrage of gunfire on them with clear intent on harming the officers.”

Major McNally then took position in front of the Waterdog Restaurant while, still under fire, he yelled at people in the area to immediately retreat. He returned fire at Ouellette, while Chief Lynch worked to safely move pedestrians from the area.

The release also indicates that Ouellette fired shots at a passing car that was turning onto Water Street from Sisson Street, and that Major McNally and Chief Lynch were able to retrieve the civilian driver and get that person to safety.

Police say Ouellette then stopped firing at officers and retreated back into the alley at 135 Water St., “at which time officers heard one final gunshot.” Officers, including Chief Lynch and Major McNally, approached to find Ouellette deceased inside the gate of the alleyway.

“Chief Lynch fully supports the actions of Major McNally, not only by his selfless action to engage the suspect but to have the situational awareness to consciously order bystanders to flee to safety while he was under gunfire,” the release states.