Some 2,000 children are reported missing in the United States each day. A new system now used by BPD can save valuable time in locating them. 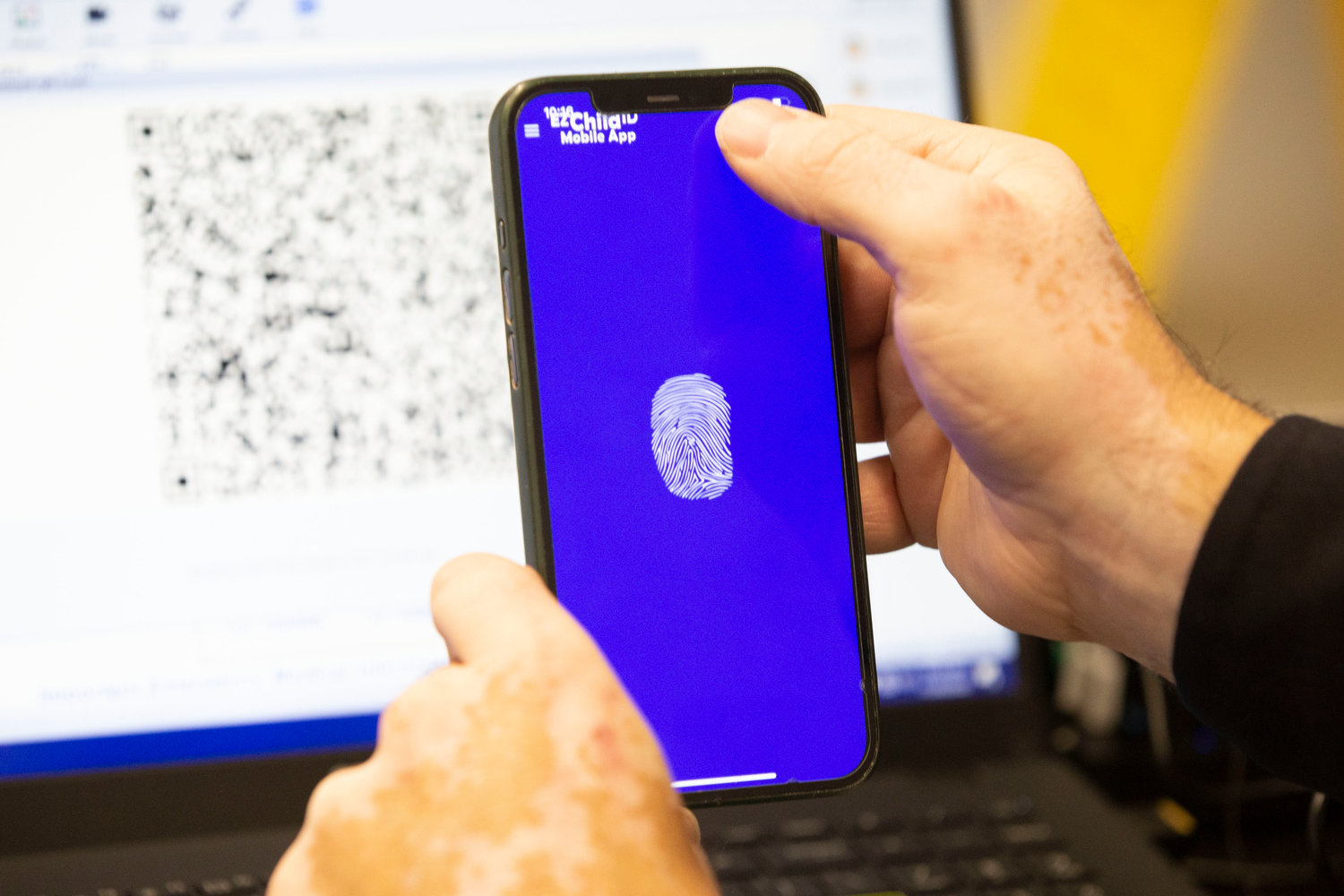 Once a digital fingerprint is captured using analysis software that ensures a complete and accurate print, it can be displayed on the smartphone of the parent or guardian account holder, as demonstrated here by Sgt. Mourato.
Richard W. Dionne Jr. 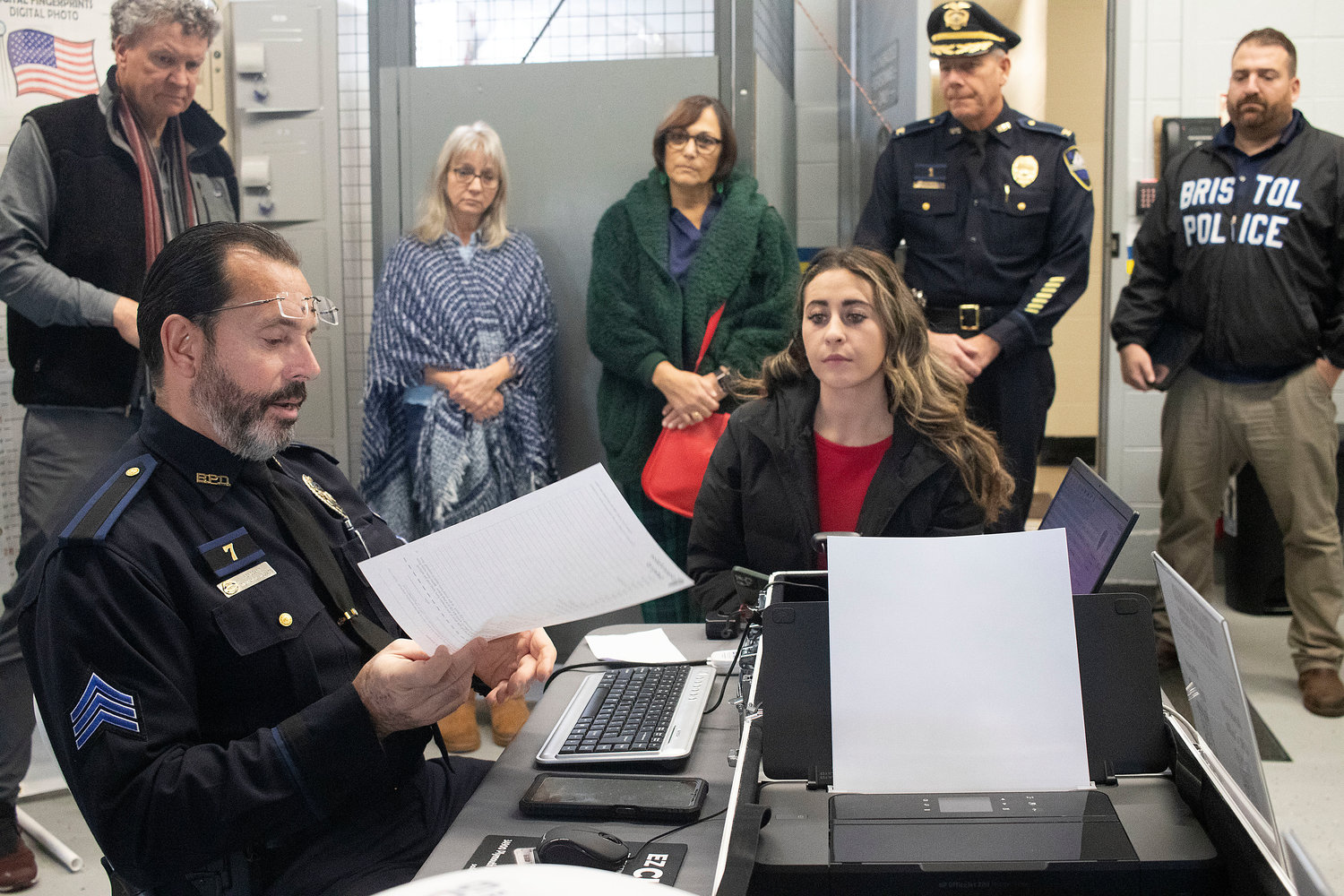 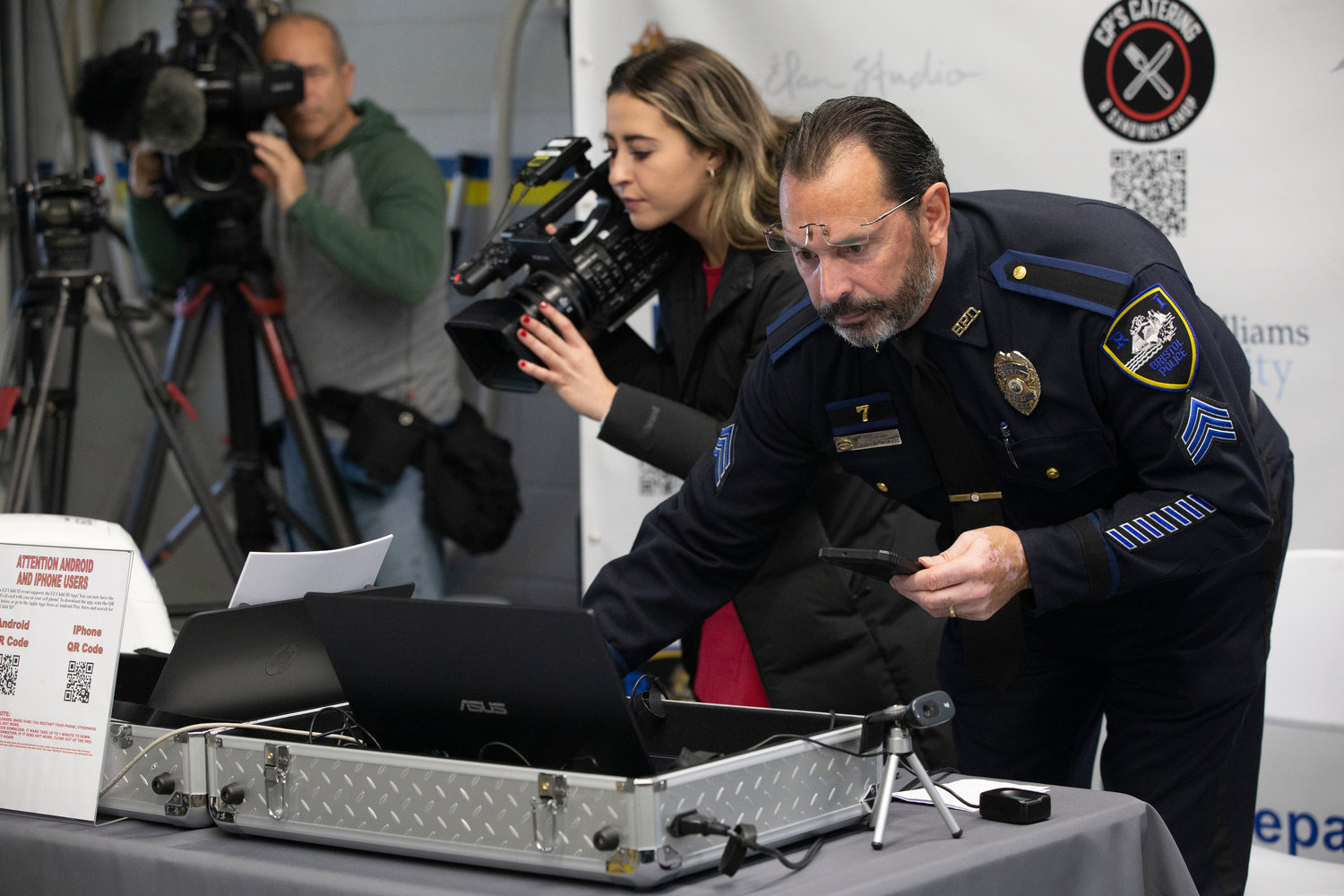 On Monday, Nov. 28, the Bristol Police unveiled the latest tool in their arsenal: a state-of-the-art digital fingerprinting system.

Demonstrated by Sgt. Ricardo Mourato, who spearheaded the effort to obtain the technology, the system takes about five minutes to input all the needed information, capture a person’s digital fingerprints and image, and share the file with a parent or guardian.

This system replaces the former fingerprint ID system, with which about 1,000 local children had registered over the years; those files do not transfer to this new technology, so interested parents will want to re-enroll.

Daily, some 2,000 children are reported missing in the United States, and a digital identification system can save valuable time sharing information with law enforcement. According to the National Center for Missing and Exploited Children, “the first two hours after a child is abducted are the most critical.” That makes quick action by parents and law enforcement the key to recovering victims of non-family abductions.

Child ID can also be incredibly valuable in more common situations, like getting separated from a child at a place like Disney World — your child’s details can be shared with security in a matter of moments, leading to a faster, happy resolution.

The Child ID system was developed with input from law enforcement officials, and includes a digital fingerprint analysis software package to make sure all the necessary “points” on a fingerprint are obtained. The system captures all the vital information required by the Amber Alert system.

To help protect from identity theft, the software was written so that no information from the child is saved on the computer. Once you start over, all of the data is permanently erased. The parent is the only person who retains their child’s information, whether on a smartphone-based app or flash drive.

Another possible application for this technology would be for seniors with dementia who wander from their homes. That was Candice Dacosta’s reality for many years, as Dacosta’s father suffered from Alzheimers and the Bristol resident would frequently wander from home. When he did, she would call Sgt. Mourato.

“He saved me so many times, I can’t even tell you,” said Dacosta of Mourato. Though Dacosta’s father passed away nearly three years ago, she was on hand at the unveiling as a show of support for Mourato’s efforts and to celebrate the acquisition of technology that could make a real difference for families who are currently going through what she went through with her father.

“We are seeing huge advances in technology, from drones in the sky to the latest and greatest Child ID program,” said Chief Kevin Lynch. “Like the Sergeant said, the greatest feature is having it on your phone. So when you vacation or you go somewhere else and you have a lost child situation, time is of the essence.

“I’m very appreciative of the support that we have had with this initiative. This is a nice community and this is why Bristol is the safest community in all of Rhode Island and the safest college town in all of the United States of America. It's the hard work that people like you have put into it.”

For now, the Bristol Police plan to make Child ID enrollment available at public events. A free sign-up event has been scheduled for Saturday, Dec. 3, 11:00 a.m. - 1:00 p.m., at Bristol House of Pizza.