In 1947, a handful of Bristol’s finest firefighters got together and formed the Bristol Rescue Squad. Seventy-five years later, the team is going stronger than ever. 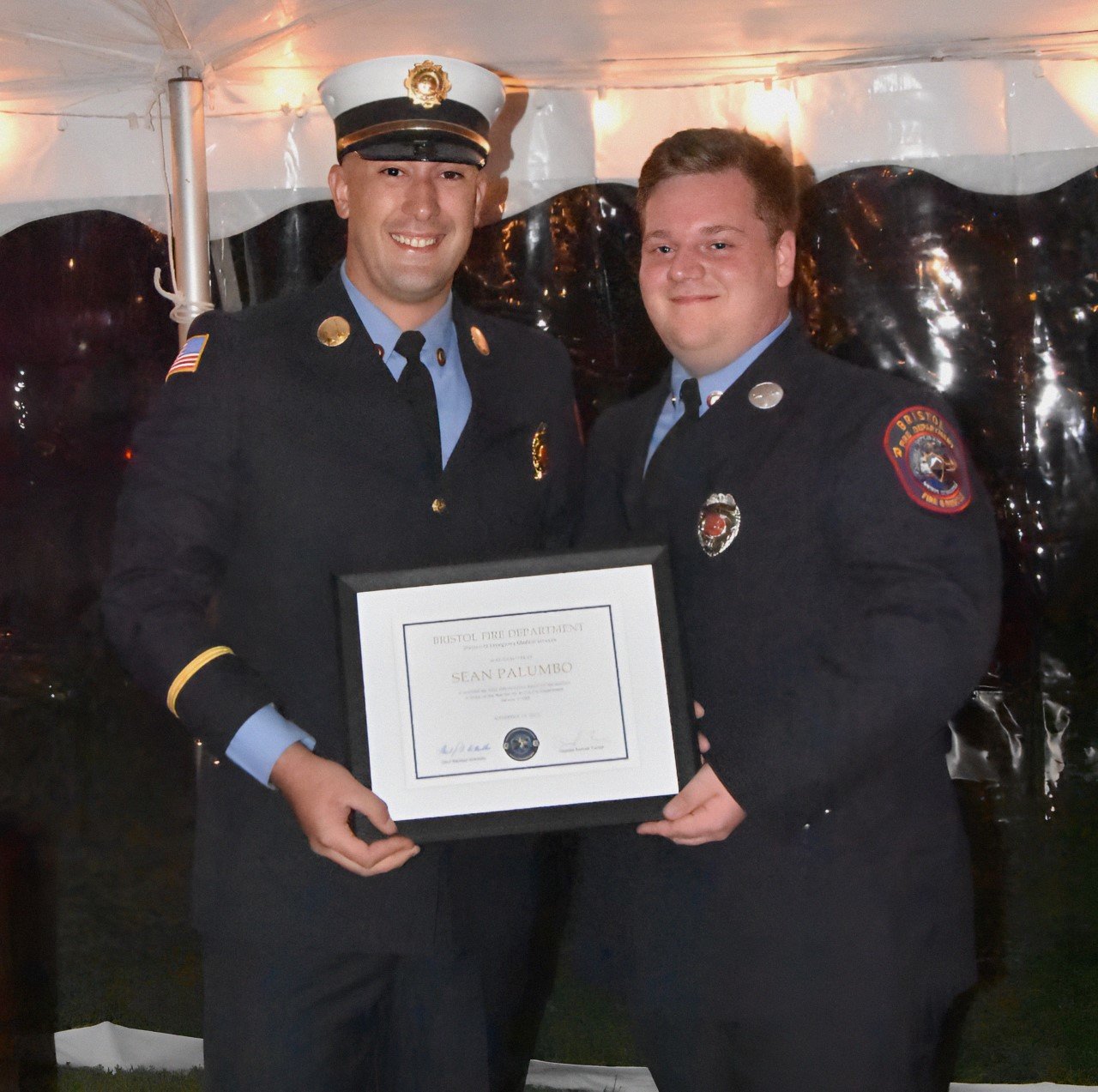 If only the original charter members were still alive to see what transpired last Friday night during the Bristol Fire Department Emergency Medical Services’ 75th anniversary banquet. They’d be smiling from ear-to-ear.

In 1947, a handful of Bristol’s finest firefighters got together and formed the Bristol Rescue Squad. Among them were Burt West, Luke White, Mike Flynn, Sal Palumbo, Ed Wilkinson, George “Pip” Dion, and Len Babbitt. This group was unique in every way and they dedicated their time in a definitive effort to help those whose medical services were immediately needed.

“Those guys paved the way for others who followed in their footsteps over the next 75 years,” noted Herculano “Okie” Falcoa, the oldest living former Bristol Rescue Squad captain at age 84. “I was so proud to be a part of all of this.”

A 60-year member of the Ever Ready Fire Station, Okie says things have really progressed to the point where the Bristol Fire Dept. Emergency Medical Services team is ranked among the best in the state. Fire Chief Michael A. DeMello totally agrees.

“They’re as dedicated as they come,” said DeMello proudly. “We’re very fortunate to have their professional services each and every day.”

Last Friday’s banquet was held under a tent at the rear of the Bristol Yacht Club, where EMS members and their guests enjoyed an evening filled with love, great food and merriment. The weather may have been a bit chilly and windy on this particular evening but everyone in attendance felt a certain warmth generated by these remarkable young men and women, who serve our fair town admirably under any and all circumstances.

Current EMS Captain Sam Turner reported that there are currently 125 active rescue squad members who respond to the challenge at a moment’s notice.

“They’re a great group of people,” he said. He also made two special award presentations, one to Sean Palumbo, who received the John Pelligrino Award, and Jake Amendola, who was presented the Anthony Barbarito Award.

Jake Amendola is an EMT who joined EMS while attending Roger Williams University. He received the Anthony Barbarito Memorial Award for most responses by an EMT. Sean Palumbo is a first responder emergency vehicle operator and is from Bristol, joining shortly after graduating high school. He received the John Pellegrino Memorial Award for most responses by a first responder.

Said Jennifer Oliveira Mancieri, who played a major role in helping set up this anniversary program, “All our hard work paid off. Bristol Rescue’s 75th Anniversary was a success. These dedicated men and women protect and serve our community every day, and after many years of COVID restrictions, they deserved a night to remember. God bless them all and cheers to the next 25.”

Mancieri, president of the BFD Ladies Auxiliary, is also an EMT and a life member of Rescue. She’s been a member of the department for 27 years.

Film festival in Barrington postponed due to weather