The Bristol Planning Board approved a proposal to rehabilitate the historic home at 1200 Hope St., known as “Longfield,” last week, clearing a major hurdle on the road to what might … 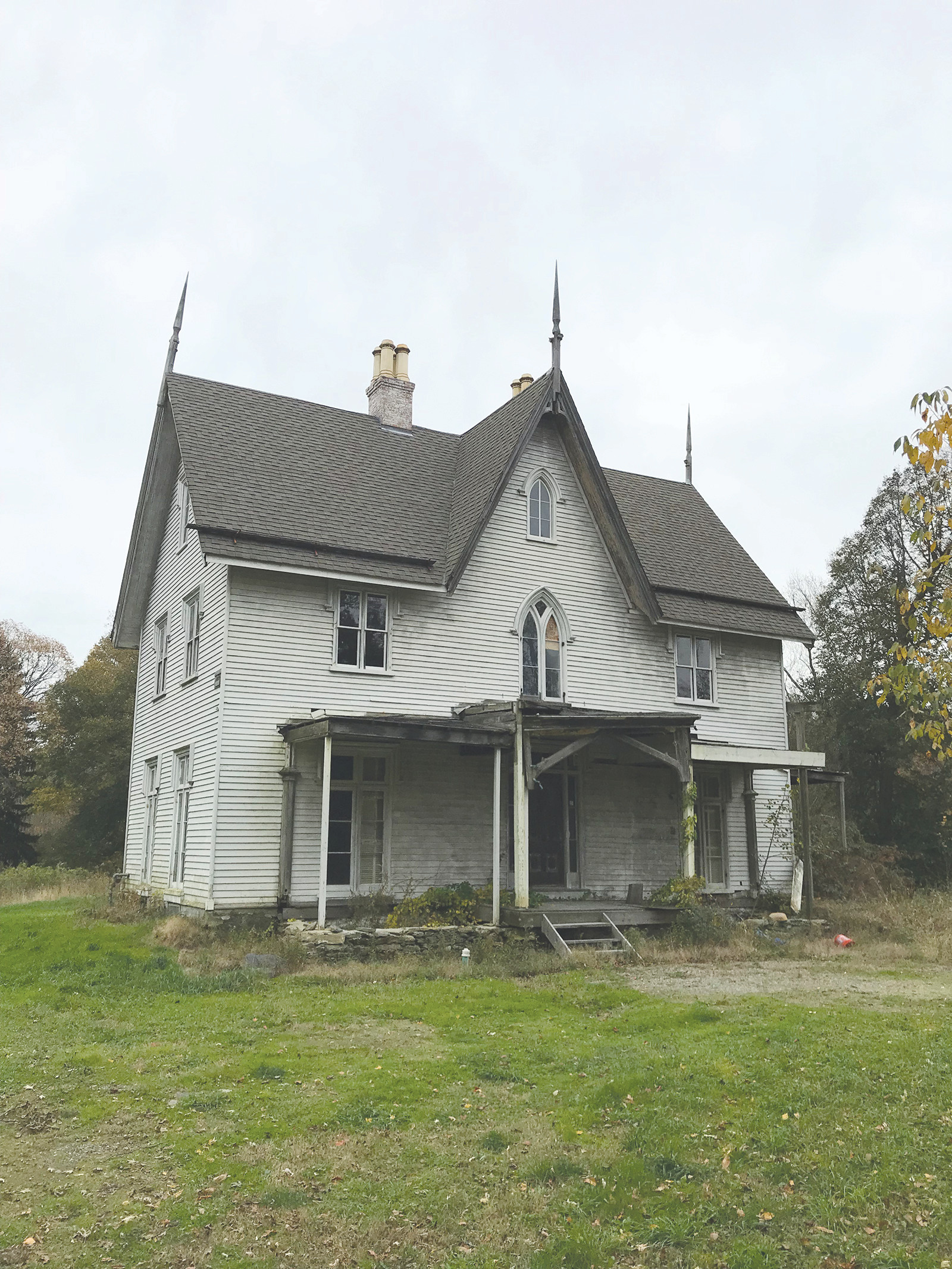 This home at 1200 Hope St. in Bristol is on the National Register of Historic Places but has languished for years.
Posted Thursday, September 20, 2018 6:00 pm
By Kristen Ray

The Bristol Planning Board approved a proposal to rehabilitate the historic home at 1200 Hope St., known as “Longfield,” last week, clearing a major hurdle on the road to what might ultimately be a 12-home condominium complex.

Once completed, applicant Edward Redmond has envisioned a quiet “community within a community,” self-sustained and filled with empty nesters (he himself also hopes to live in one of the Longfield units), relieving fears over increased school traffic and public works concerns. Parking will now be available on either side of a widened road that loops one-way through the property.

Following a review by the Historic District Commission, the site plans have been modified slightly, to further highlight the historic home in the overall design. The surrounding carriage houses have been set back and will adopt some of Longfield’s unique elements, and a parking lot once designed directly in front of the house has been removed entirely.

The applicant promises to restore a stone wall and to bring in a world-class landscape architecture group to overhaul the entire property. The interior of Longfield itself will maintain its original, historic character.

“So much time and thought has gone in to get to this point,” said architect John Lusk.

Despite these changes and reassurances, numerous residents still couldn’t see how creating a complex around Longfield was the best solution. Many called for a public use of the house instead, though Mr.  Redmond defended that, historically, Longfield has never served that purpose.

Alternate board member Brian Clark admitted to being “frustrated” with the continued pleas to transform the building into a museum, bed-and-breakfast and the like.

“I’ve never seen anyone try to raise money for a public use,” he argued.

Although several requests were also thrown out to simply remove some of the carriage houses in order to minimize the impact on a neighboring blue colonial house resting just behind Longfield at 1202 Hope St., Mr. Redmond maintained that the plan in its entirety is essential to provide the funds necessary to save the dismal structure.

“This little girl needs a lot of love,” he said. “It’s the best effort I have.”

Most of the planning board agreed with Mr. Redmond, fearing that if they did not act now, the Longfield development, after years of neglect, would not survive long enough for another offer to come along. The board voted 4-1 to approve the project — Mr. Clark citing concerns over parking and density as reason for his opposition — but stood unanimous in sending their recommendation for approval to the Zoning Board of Review.

Updated plans for the Longfield development proposal can be found in the Community Development building at 9 Court St.