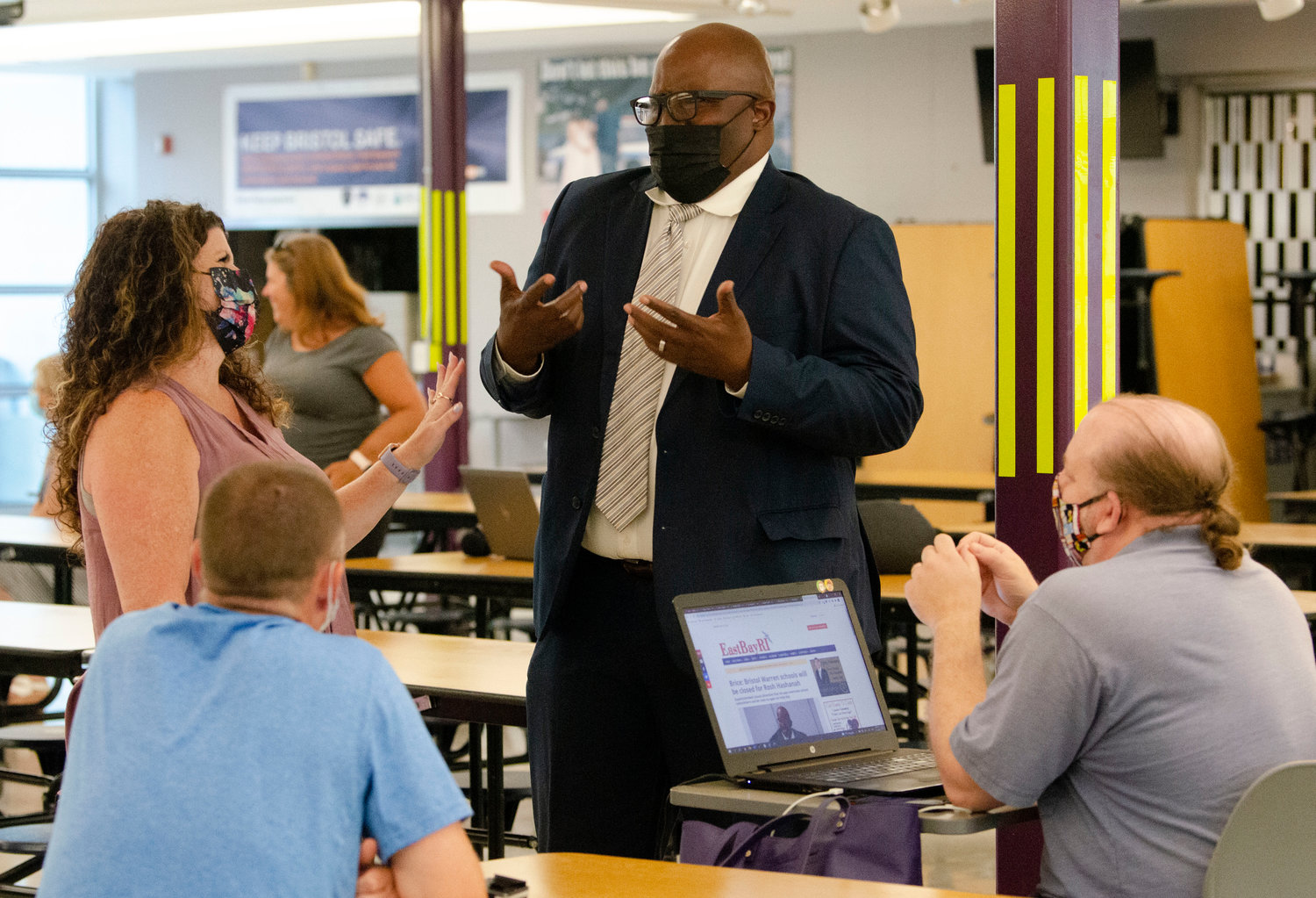 “It’s just tough,” said Dr. Brice, who hails from the Baltimore area and said he will return to his family there.

“I think there are times in our careers where we think we can do it, we think we can be away from home, and then something happens and you realize it’s not enough. Having a career without anyone to share it with is tough.”

Dr. Brice, who was hired as a one-year interim superintendent in July 2019, was named permanent superintendent that November. He was lauded by school committee members as an innovator, and praised for his goal of making Bristol Warren one of the state’s top five districts in five years.

He said he is proud of his work to develop a strategic plan, improve the climate at the Kickemuit Middle and Hugh Cole schools, develop a new student code of conduct and raise student achievement. He is also glad that the district weathered the pandemic the way it did.

“We were able to still educate and support and take care of children and staff in the midst of something that was unprecedented, and now we’re seeing that our kids are going to be OK.”

But this year has been difficult, he admitted.

The district has significant financial problems that culminated this spring in a $2 million budget shortfall, forcing the district to lay off dozens of employees and consider — but then back down from — cancelling the Mt. Hope theater program.

And on Monday, two hours before the committee met behind closed doors to discuss his future, he issued a public directive overruling the committee’s decision to open the fall 2021 term on Rosh Hashanah.

He said he understands that the district has faced unprecedented challenges recently, but said he has been disappointed to see the negative civil discourse that is happening across the country also present in Bristol Warren, a community that he admires.

“Some of the discourse has been very antagonistic,” he said. “For the school system to do well, for the state and the nation to do well, we’ve got to be willing to sit down and have deep conversations about not only the promise, but also the problems of society.”

School committee chairwoman Marge McBride could not be reached to comment Tuesday morning, but Dr. Brice said he and the committee were finalizing a separation agreement which should be complete by later this week.

“I absolutely loved the students, the staff and the community,” he said. “It is a good school system on its way to being a great school system.”