EAST PROVIDENCE — The same evening, October 25, as a forum was held for mayoral candidates in the 2022 General Election in the City Hall council chamber, so, too, did another for Ward 2 School … 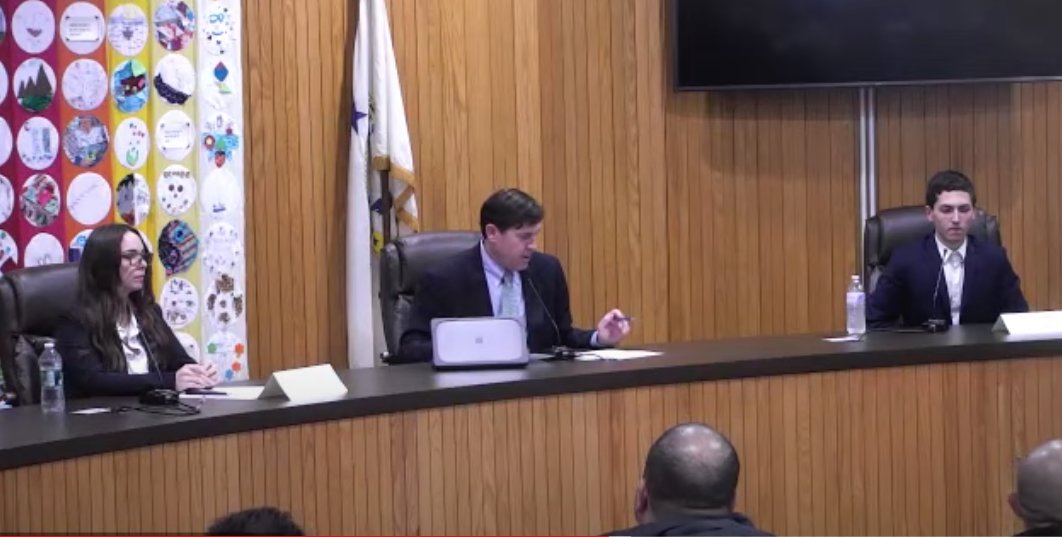 The School Committee candidates who accepted invitations to take part in the forums were: Ward 1, Ryan Queenan; Ward 3, Jenni Azanaro; Ward 4, Jessica Beauchaine; At-Large, Myles Bonalwicz. Each of their opponents was extended an invitation by the League, but either did not respond or declined to participate.

The forum season was once again co-sponsored by the League and the East Bay Media Group, the parent company of The Post.

EAST PROVIDENCE — The same evening, October 25, as a forum was held for mayoral candidates in the 2022 General Election in the City Hall council chamber, so, too, did another for Ward 2 School Committee take place between one-term incumbent Max Brandle and challenger Carissa Moglia.

The Ward 2 match was the only one of the five contested School Committee races allowed to be highlighted by the host League of Women Voters-Rhode Island due to its non-partisan, non-profit tax status. The forum was once again co-sponsored by the League and the East Bay Media Group, the parent company of The Post.

The Ward 2 candidates shared some common basic agreement on a few issues like police school resource officers (SROs) and on the variety curriculum now available to high school students because of the new building.

Similarly, when asked what is going well in the district, Moglia said, besides the “great offerings” available to students, emphasis should be put on directing some high schoolers into “trades" and not just on college prep.

Brandle said there’s an “extremely long list” of good things happening in schools. He praised the efforts of teachers, saying their work along with that of students are “examples of Townie Pride we all feel and see.” He added the “overall positivity” in the district “is great to see,” and that elected officials and administrators needed to “capitalize and build momentum off this.”

There was daylight between the candidates on others, specifically those pertaining to aspects of the platform of the polarizing “Parents United” organization, of which Moglia acknowledges being a member.

Though Moglia would later say the group is non-partisan and has members from across the political spectrum, Parents United is most closely associated with the agenda of the current Republican Party and its more right-leaning supporters.

The initial difference shown through when the candidates were asked if teachers should use “inclusion” as an element of instruction.

Without getting into specifics, Moglia said she supported keeping “things that are divisive out of the classroom.”  She added districts should “not hide curriculum from parents” and that it was incumbent to “teach all of history…the good, bad and ugly.”

Brandle, who brought up Moglia’s Parents United affiliation in his response, said districts needed to teach “true” history, teach history “inclusively” from the perspective of all students, adding that “shouldn’t be a tough stance to take.”

On a key topic of how best to improve student performance post-pandemic, Moglia, using a phrase she echoed in more than one answer during the night and one that is often referenced by Parents United members, said “increasing family engagement” was among the necessary aspects of getting more out of pupils.

As part of his response, Brandle pointed to the creation of the Director of Teaching and Learning position by new Superintendent of Schools Dr. Sandra Forand as one step the district has already taken to address that and other elements of student achievement. He also noted the administration was forming a strategic planning committee to address future needs of the students, teachers and families.