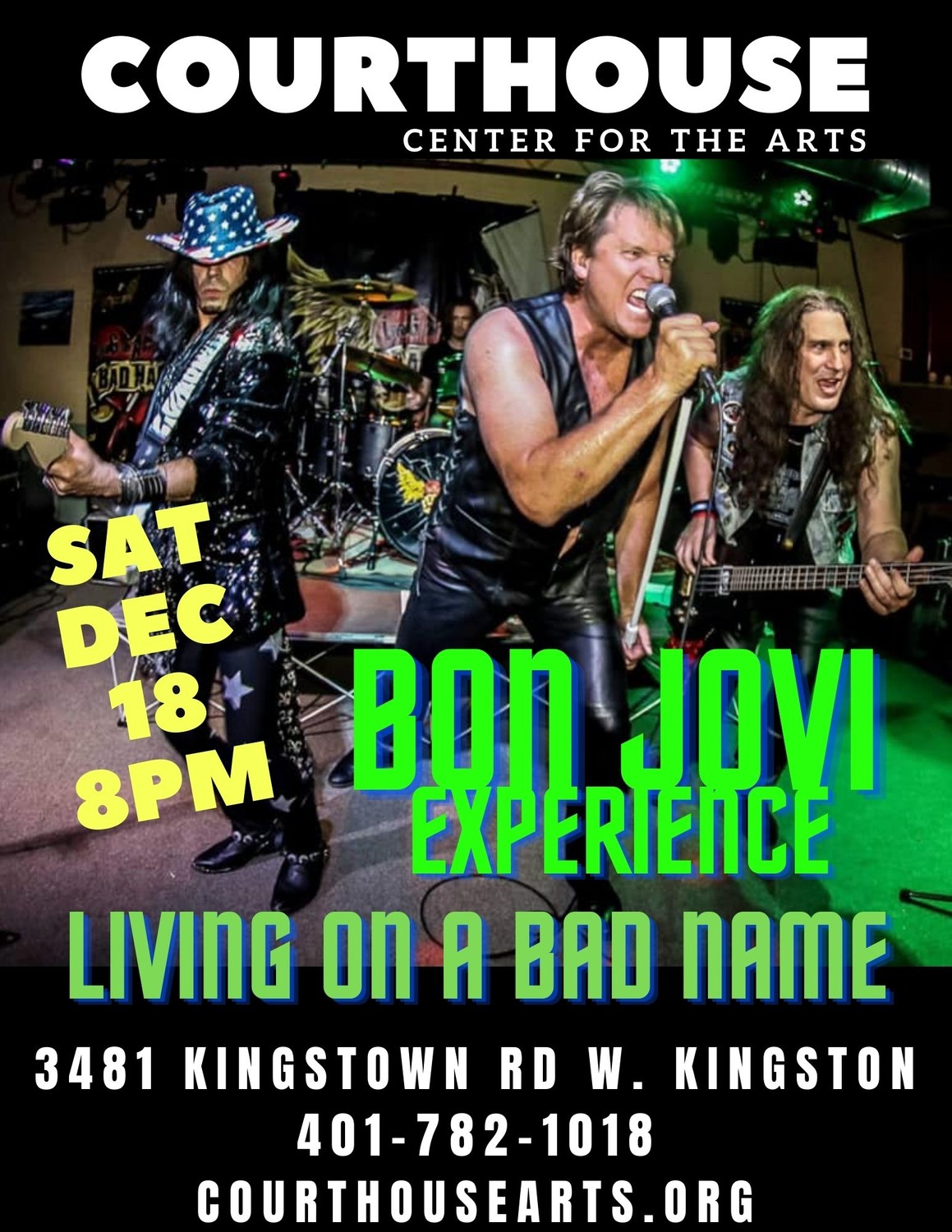 Each night we give it our all. We treat every stage as if it's Madison Square Garden in 1986. We leave nothing behind. Every night, every show is played like an 80’s rock concert is supposed to be played.

Our musicianship starts out with the masterful guitar playing of Ethan Brosh. Ethan is a world renowned recording artist with profound influence in the heavy metal guitar world. This Berklee College of Music wizard has guest artists on his recordings such as: George Lynch of Dokken, Dave Ellefson of Megadeth, Mike Mangini of Dream theater, “Satchel” of Steel Panther, Greg Howe among others.

Boston radio personality Ken Pittman performs the part of Jon Bon Jovi. Unlike other JBJ tribute vocalists who go for the easier post 2000 version, Ken zeroes in on the vintage and distinct 1980s Bon Jovi voice. With Ken’s son Keith on percussions (since he was 12!), veteran rockers John Miker and Scott Poole on bass and keyboards, this roster is Rock-solid.

The impersonation is peerless, the energy, tones, sounds, musicianship and chemistry in this band has to be seen and heard to be believed.

Many Bon Jovi bands make hollow and senseless claims to be “#1” or come up with some corny slogans of being the “truly” one and only bla bla bla. Music's only truth is opinion- Yours.

You've put a lot of time and energy into your brand or your event. Deciding which act is the best for your stage and your audience is vital to your success. We invite the comparisons, were easy to work with, and we embrace the responsibilities of making you look good. We do Bon Jovi's music and were pretty damn good at it. So choose wisely: LIVING ON A BAD NAME.