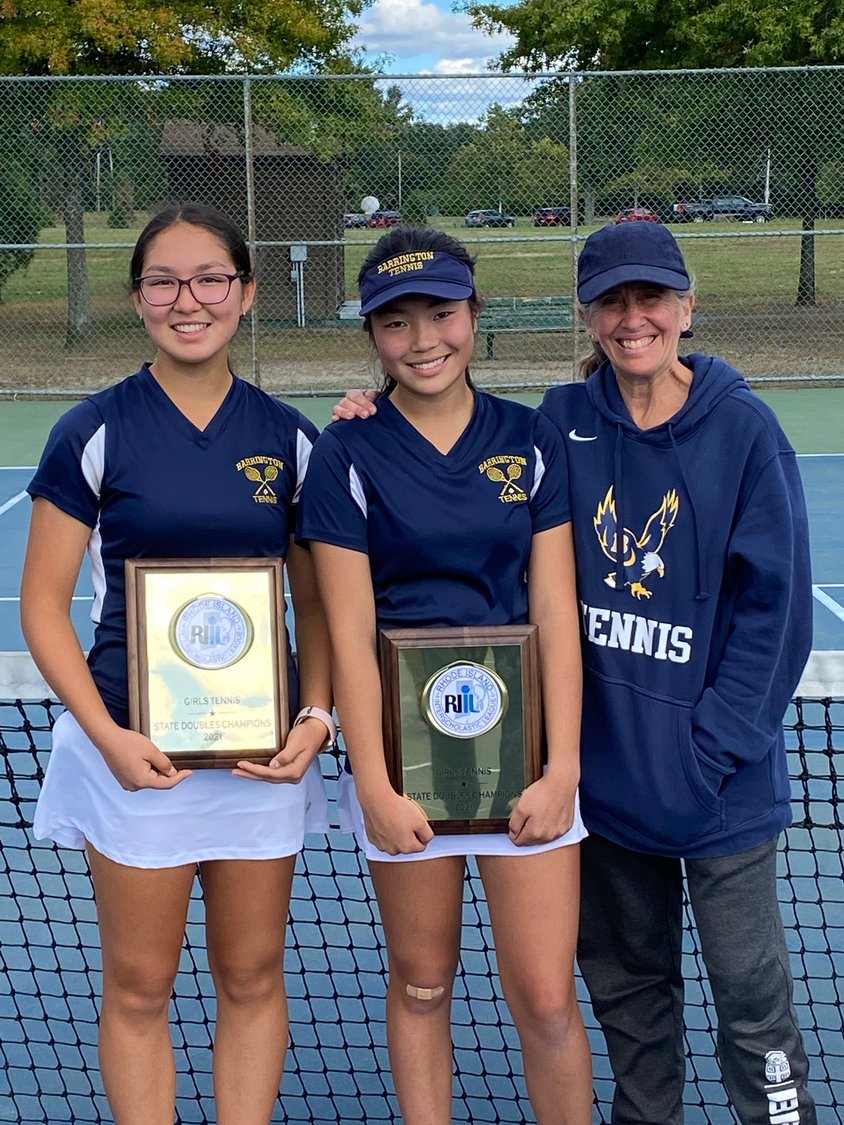 “After five years as a volunteer assistant coach and the last eight years as head coach, it is time for me to move on to my next chapter,” Coach Brenner wrote in an email to the Barrington Times.

“It is a role I have cherished and my decision came after much thought and soul-searching. It has been an incredible journey…”

Coach Brenner said she will miss her time with the BHS student-athletes. She said her team this fall gave a great effort throughout the season.

“We finished the regular season 12-4, third best team in D1. Our only losses were to LaSalle and East Greenwich, the two teams ahead of us,” she wrote.

Barrington lost in the Division I semifinals, falling by the narrowest of margins, 4-3.

“The girls played their hearts out on a dark, cold evening under the lights,” she wrote. “The win was not meant to be, but I was very proud of the effort the girls showed in each and every match this season, including our final match in playoffs. We rarely had our full line up in place due to illness and injury throughout the season and into the playoffs, but the girls showed resiliency and determination throughout.”

Coach Brenner said three members of the team have been selected All-State: singles player Kate Robertson, and the doubles team of Katie Byon and Ava Koczera-Kasem. This year’s team was also selected for the Sportsmanship Award, an honor chosen by the Division I coaches.