Bailey Duncan and Sarah Yee each scored goals, leading the Barrington High School girls soccer team to a 2-1 win over Mt. Hope on Monday night. The victory helped Barrington secure a berth in the … 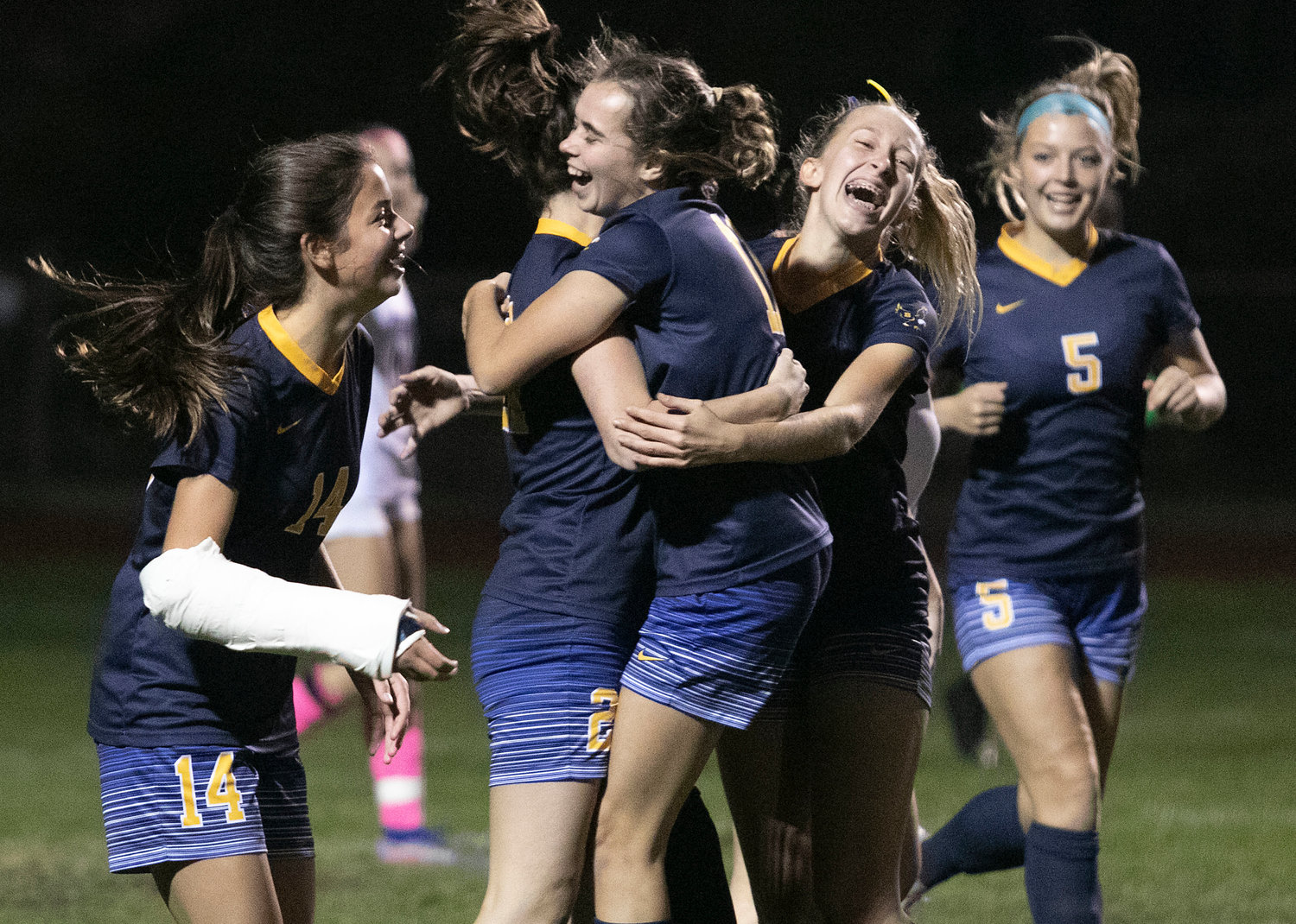 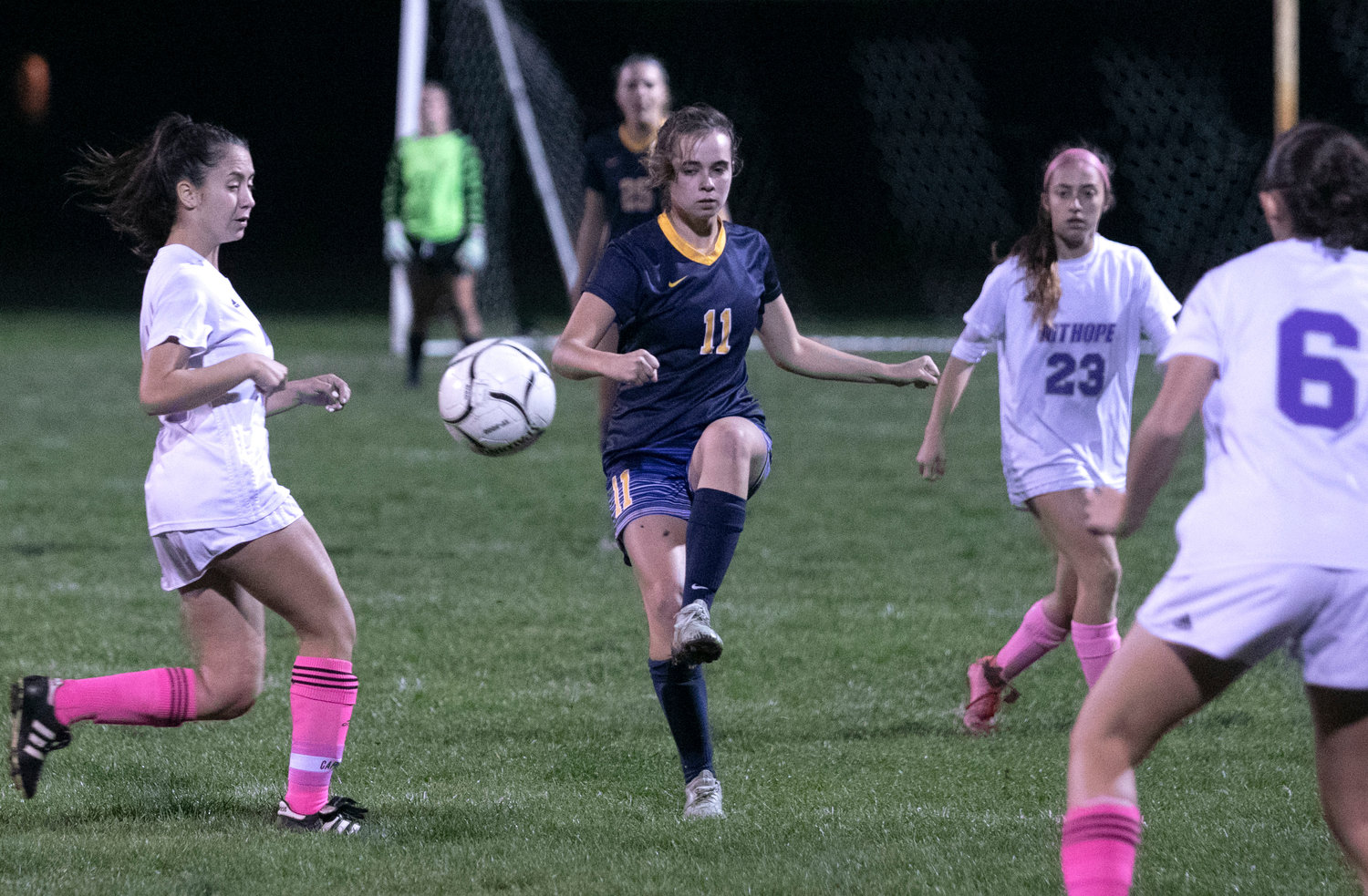 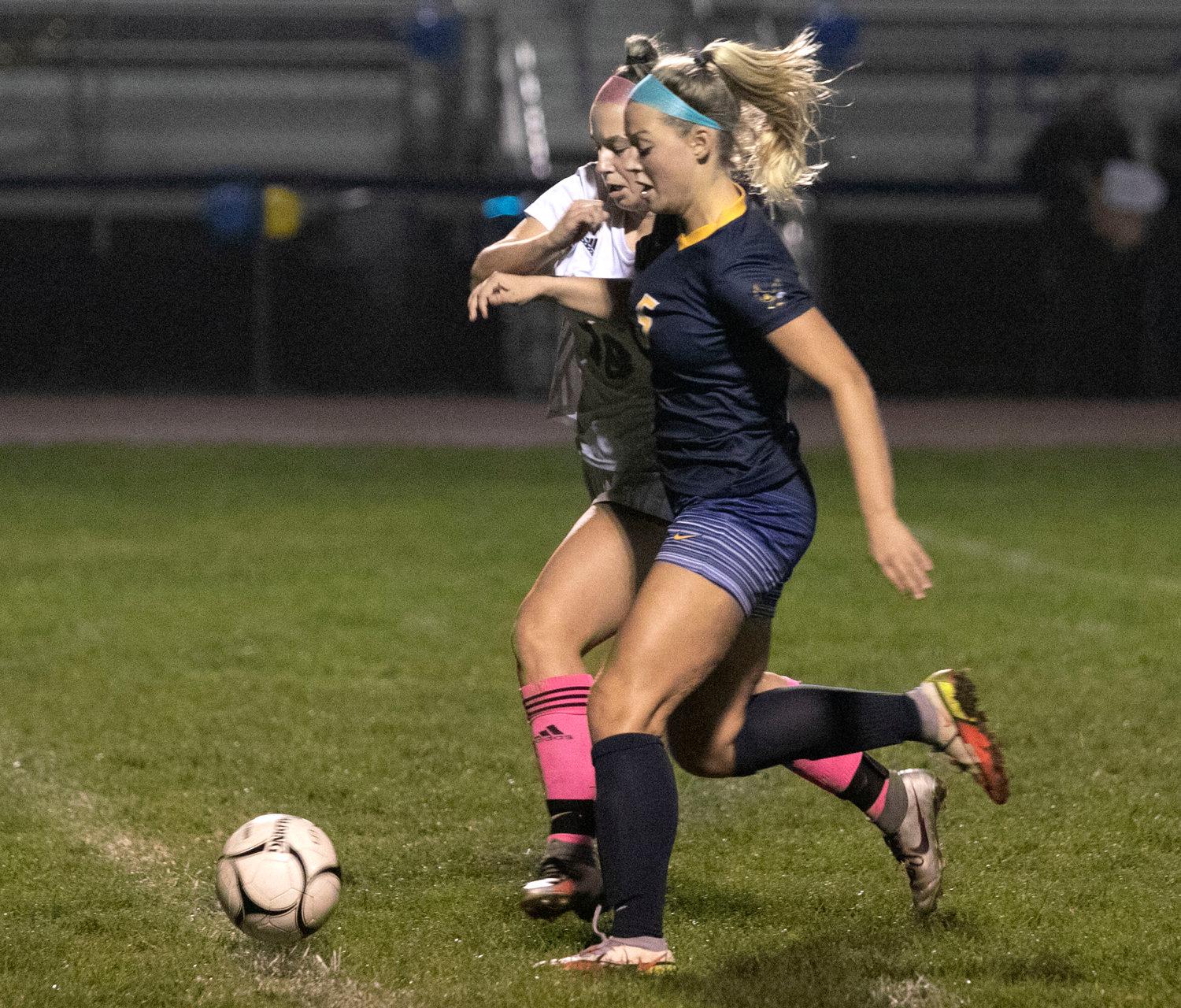 Sophie Richardson fights for the ball as she heads for the goal.
Photo by Richard W. Dionne Jr. 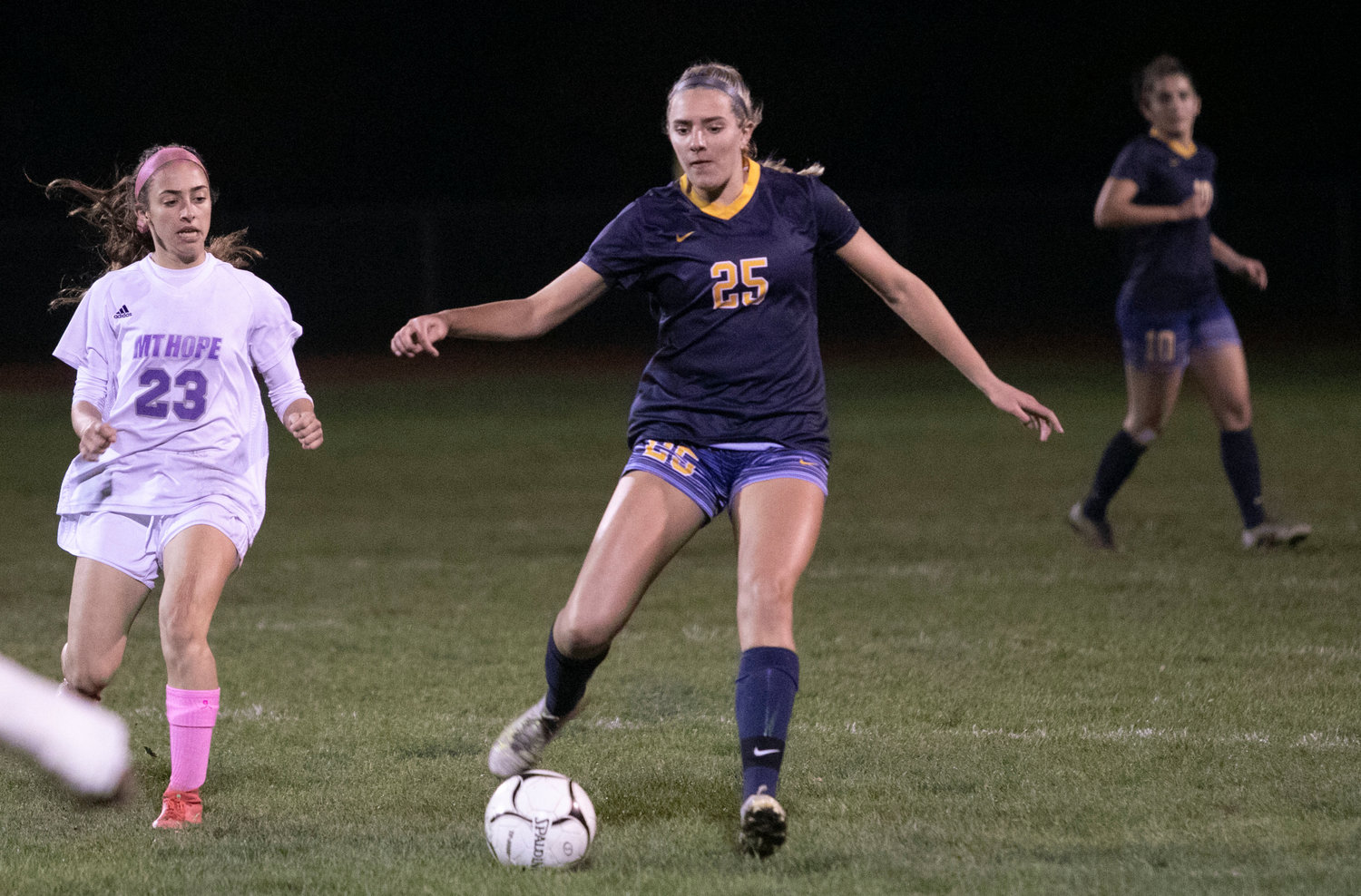 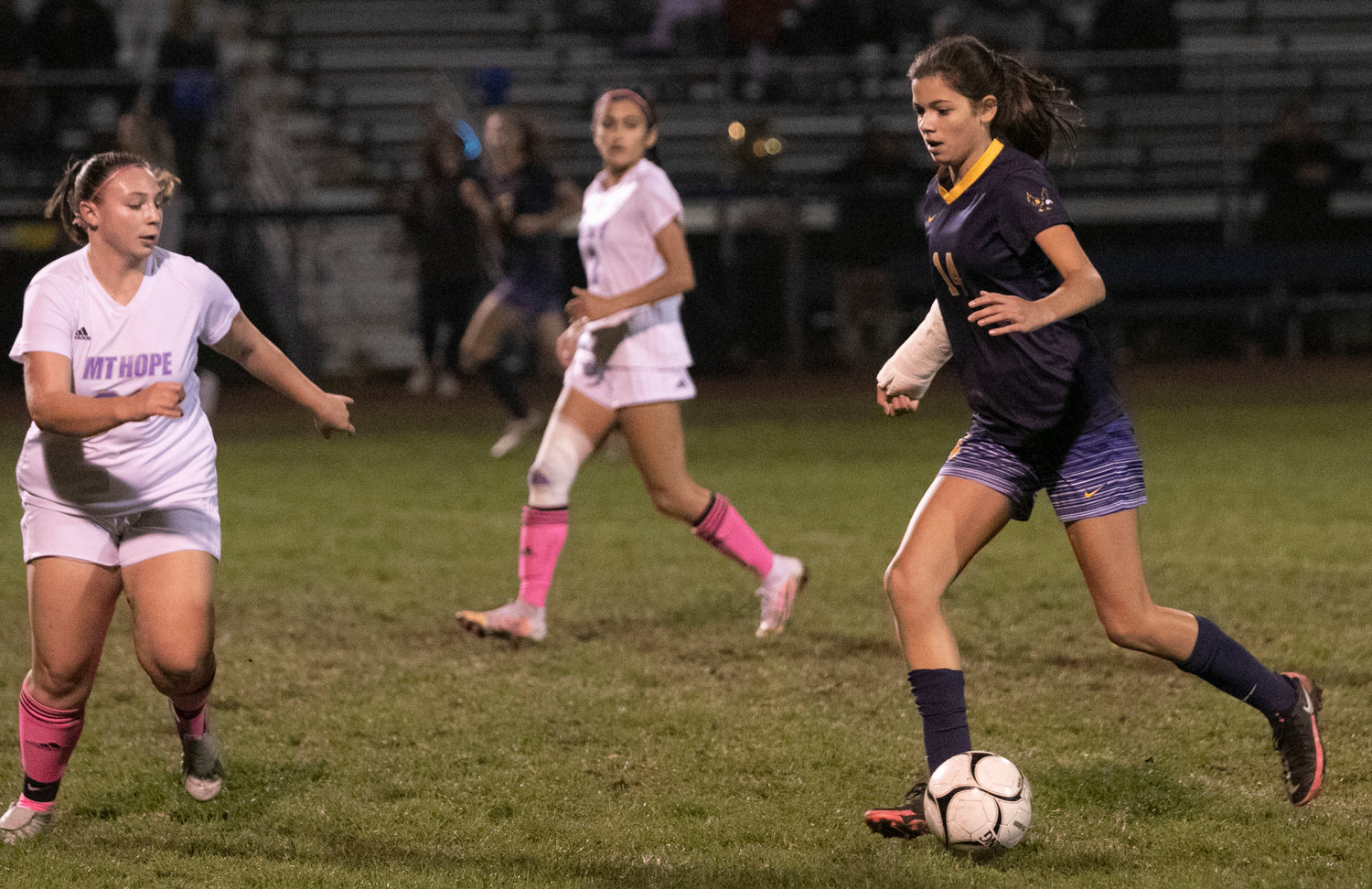 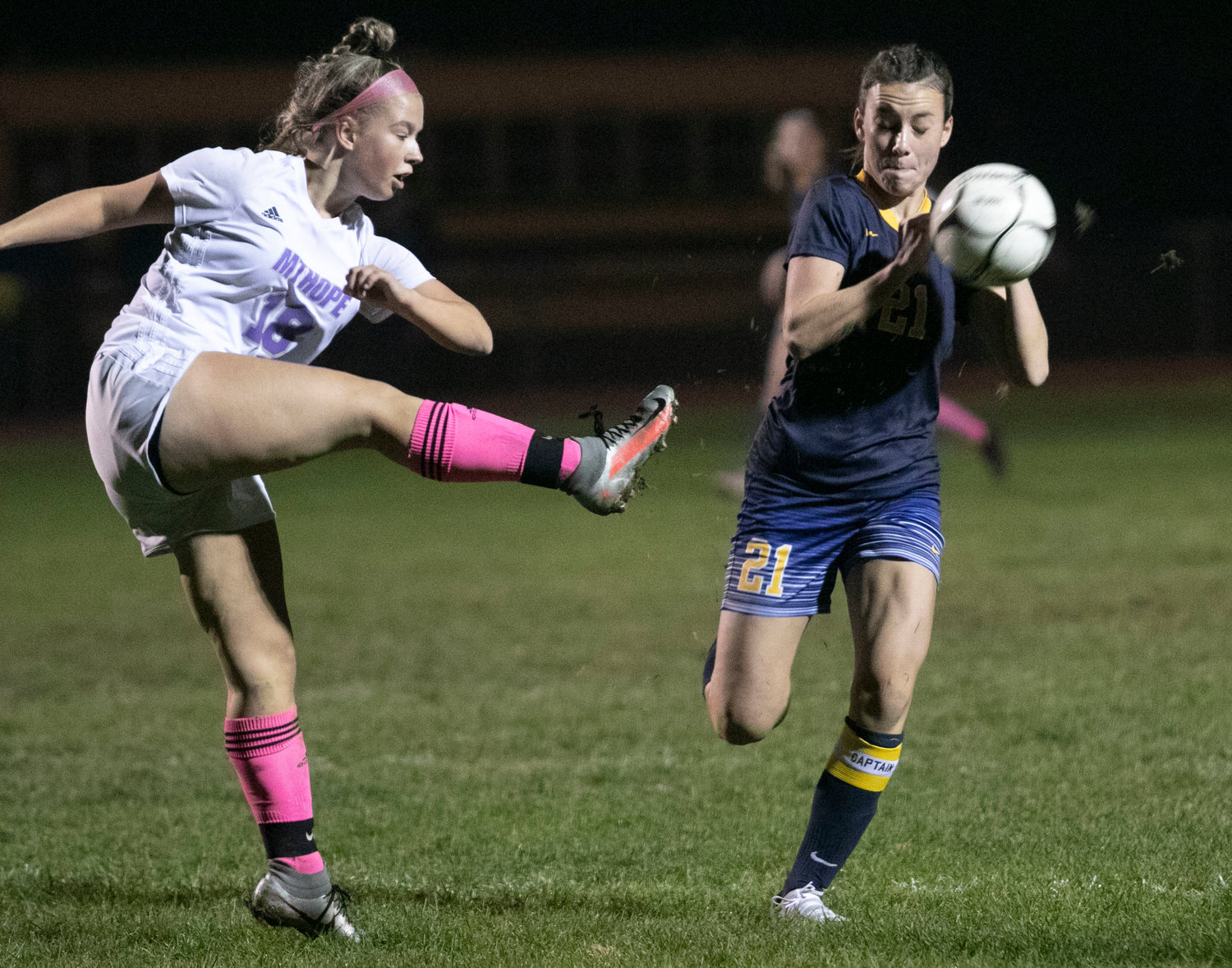 Bailey Duncan and Sarah Yee each scored goals, leading the Barrington High School girls soccer team to a 2-1 win over Mt. Hope on Monday night. The victory helped Barrington secure a berth in the playoffs. Sophia Richardson had an assist in the victory while Alaina Wood made five saves in net for Barrington.

The Barrington High School field hockey team will square off against Moses Brown in the Division I semifinals on Wednesday, Oct. 27. The Eagles enter the postseason as the second seed, while Moses Brown is the third seed. The game will be played in Barrington at 3:45 p.m. In their final regular season game, Barrington rolled past Wheeler, 8-0.

The Eagles struggled to slow down the Westerly offense on Friday night, losing 28-0. Barrington’s overall record dropped to 5-2, while its mark in D-II fell to 3-2. The Eagles will host Lincoln on Friday night at 6 p.m.

Barrington’s record moved to 8-7-1 after losing to Tolman High School 3-2 on Saturday, Oct. 23. The Eagles are schedule to host Wheeler School on Wednesday at 6 p.m.

Barrington automatically qualified for the state championship meet after finishing third in the Metro Division. The Eagles capped the final regular season meet with wins over Moses Brown, Mt. Hope and Wheeler. Brandon Piedade celebrated his first victory of the season, winning the race with a time of 17:51. Last Thursday, the Eagles competed in the Bronco Invitational at Burrillville. Barrington finished fourth, paced by Holden Vaughan and Piedade. In the JV race, Chris Clyne and Phinneas Stabach finished in the top 10.