Warren is known for its deep pool of talented artists, and a new initiative by the town and a Providence non-profit is putting their vision on display for the public to enjoy. 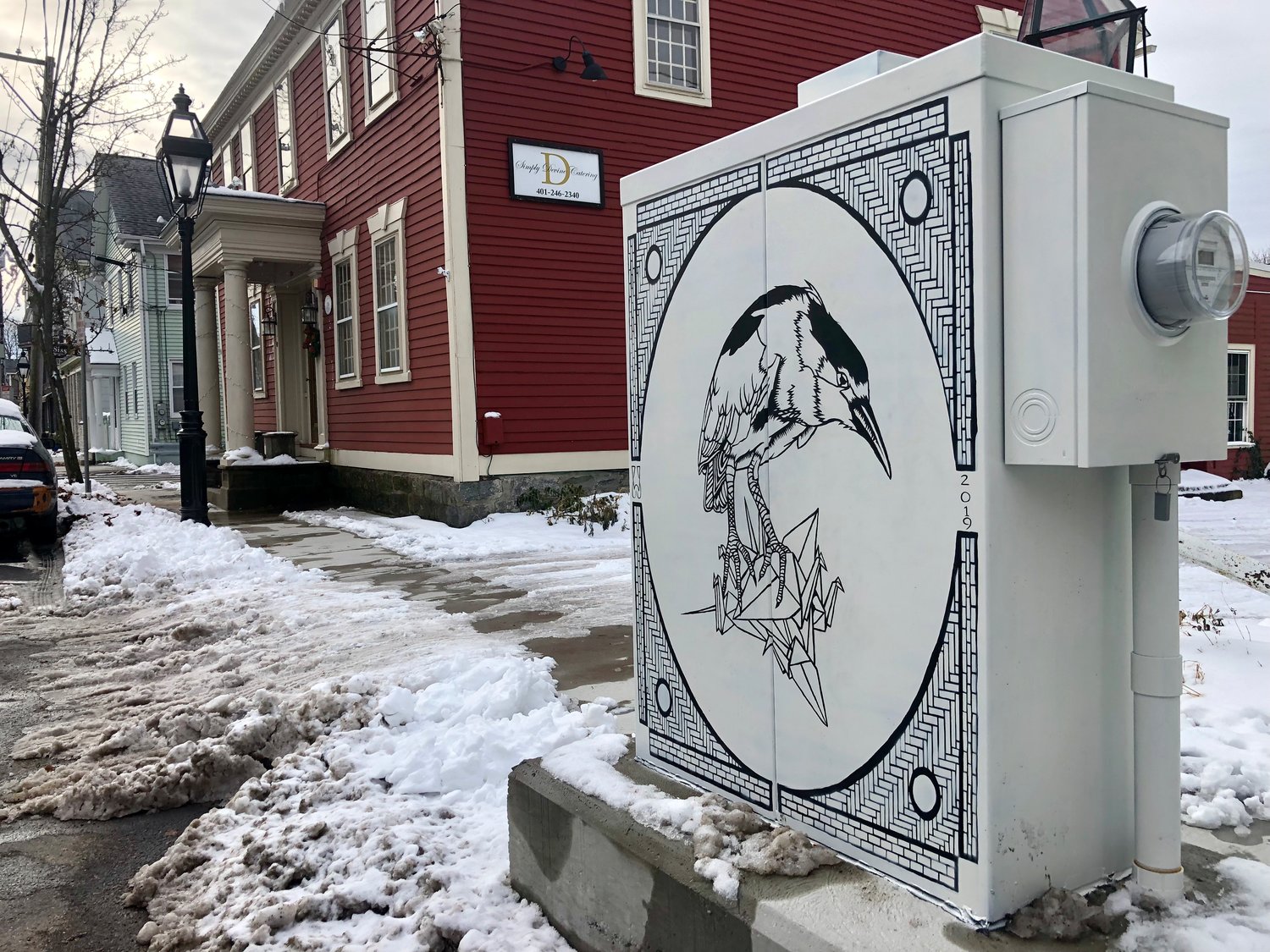 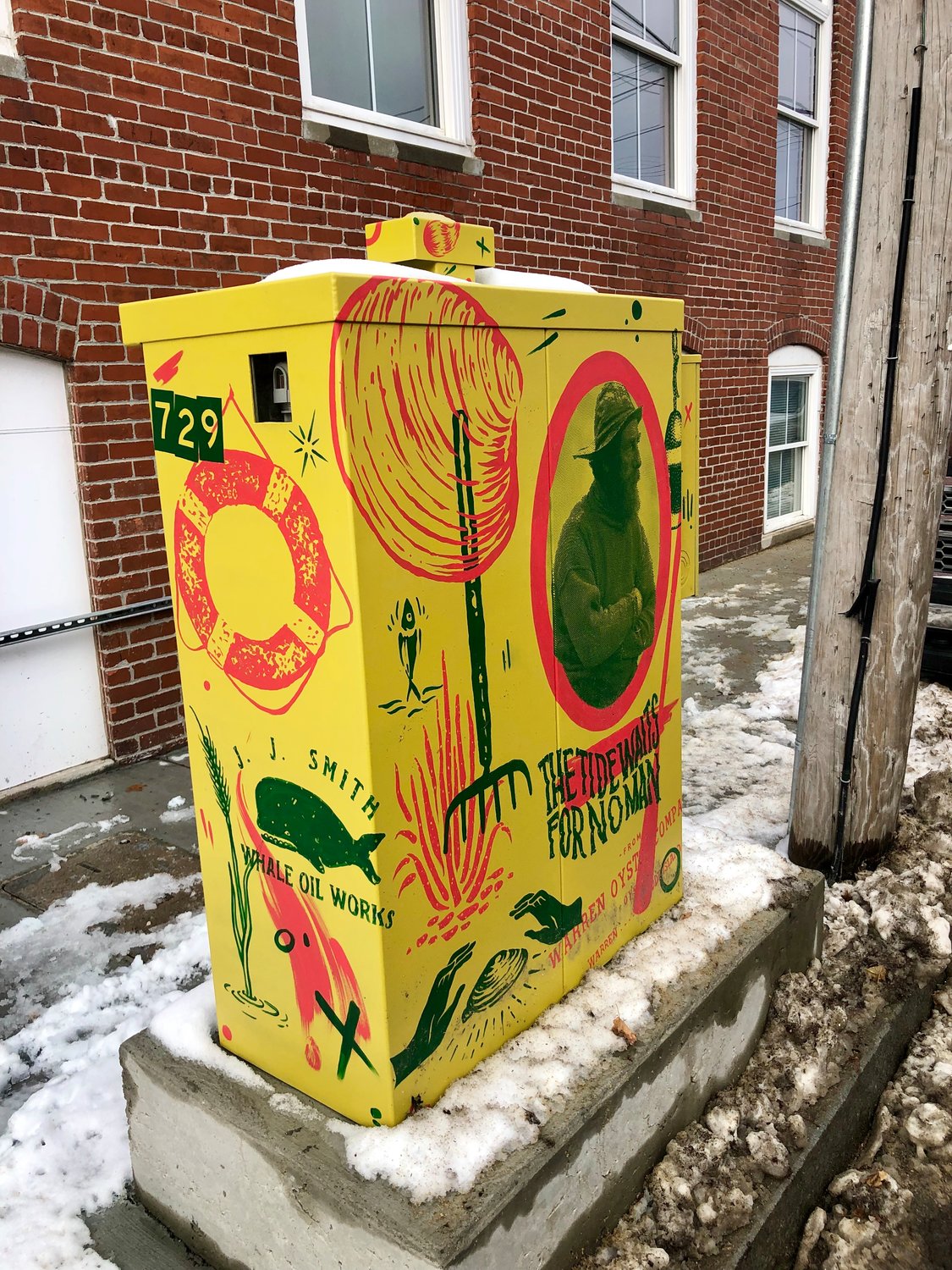 Warren is known for its deep pool of talented artists, and a new initiative by the town and a Providence non-profit is putting their vision on display for the public to enjoy.

Working with a Providence public art advocacy group, Warren recently hired local artists William Schaff and Adam Tracy to paint electrical utility boxes on Water Street. The artists did their work this past month and town officials hope to continue the program at others in the area. Said Mr. Schaff, as he admired Mr. Tracy's artwork Wednesday: "There's no shortage" of talented artist to showcase.

Mr. Tracy, a printmaker and painter, painted a box just opposite 325 Water St. with halftones and images from Warren's seafaring past. It includes nautical crests, a bull rake, whale, fisherman, quahogs, and more.

"The tide waits for no man," one portion of the box reads.

Further north, Mr. Schaff's commission can be seen adjacent to the old Nathaniel Porter Inn. In stark contrast to the Mr. Tracy's colorful piece, it is a black and white creation of native birds and intricate designs and was based on the traditional Chinese paper cut style he is known for. Mr. Schaff said drawing and painting by hand, it took him three days to finish the three-sided piece and he was lucky to get it done before the weather got too cold.

Mr. Schaff is a veteran of the local arts scene known internationally for his album artwork for bands including Okkervil River and the Mighty Mighty Bosstones, as well as his work in many other mediums. He is also the founder of Fort Foreclosure, a studio and gathering place for artists on Water Street. He has created many pieces that pay homage to his beloved adopted hometown.

The project grew out of discussions with Warren Town Planner Bob Rulli, Warren Town Manager Kate Michaud and representatives from The Avenue Concept, a Providence non-profit that advocates for public art displays. It is modeled on The Avenue Concept’s existing electrical box program in Providence, which has enlisted local artists to paint 25 boxes since 2012.

“The Town of Warren is proud to host these excellent works from our talented local artists,” Ms. Michaud said. “These new art installations reflect the creativity and uniqueness of the Warren community and represent the beginning of a meaningful collaboration with the Avenue Concept."