How bad is the littering problem at the new Barrington Middle School basketball courts?

So bad that the town is going to lock up the courts.

Town officials said there is hardly a day that goes … 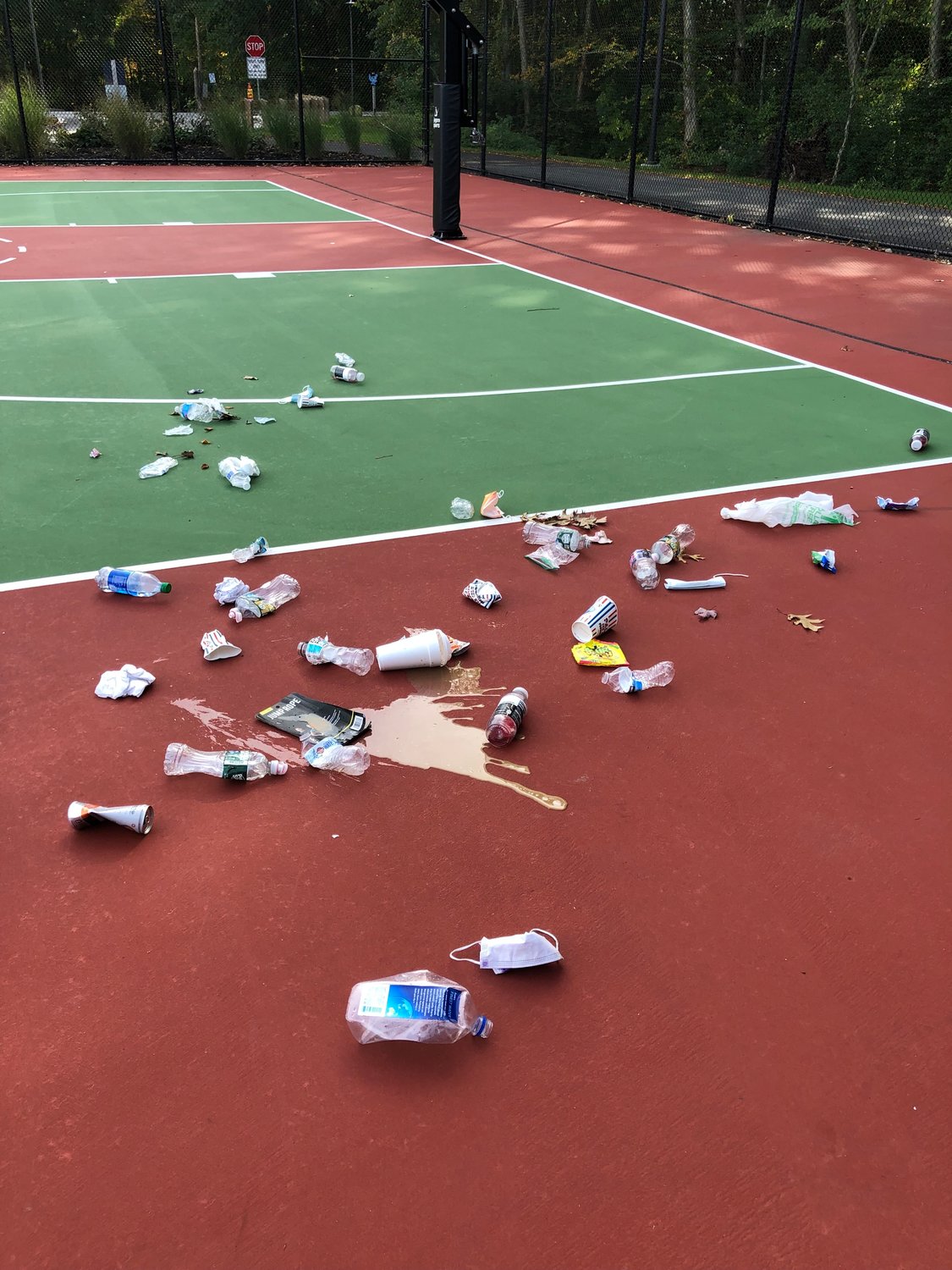 Town officials said there is hardly a day that goes by where the court is not covered with empty water bottles, soda cans, disposable face masks, food wrappers, pizza boxes and other debris. 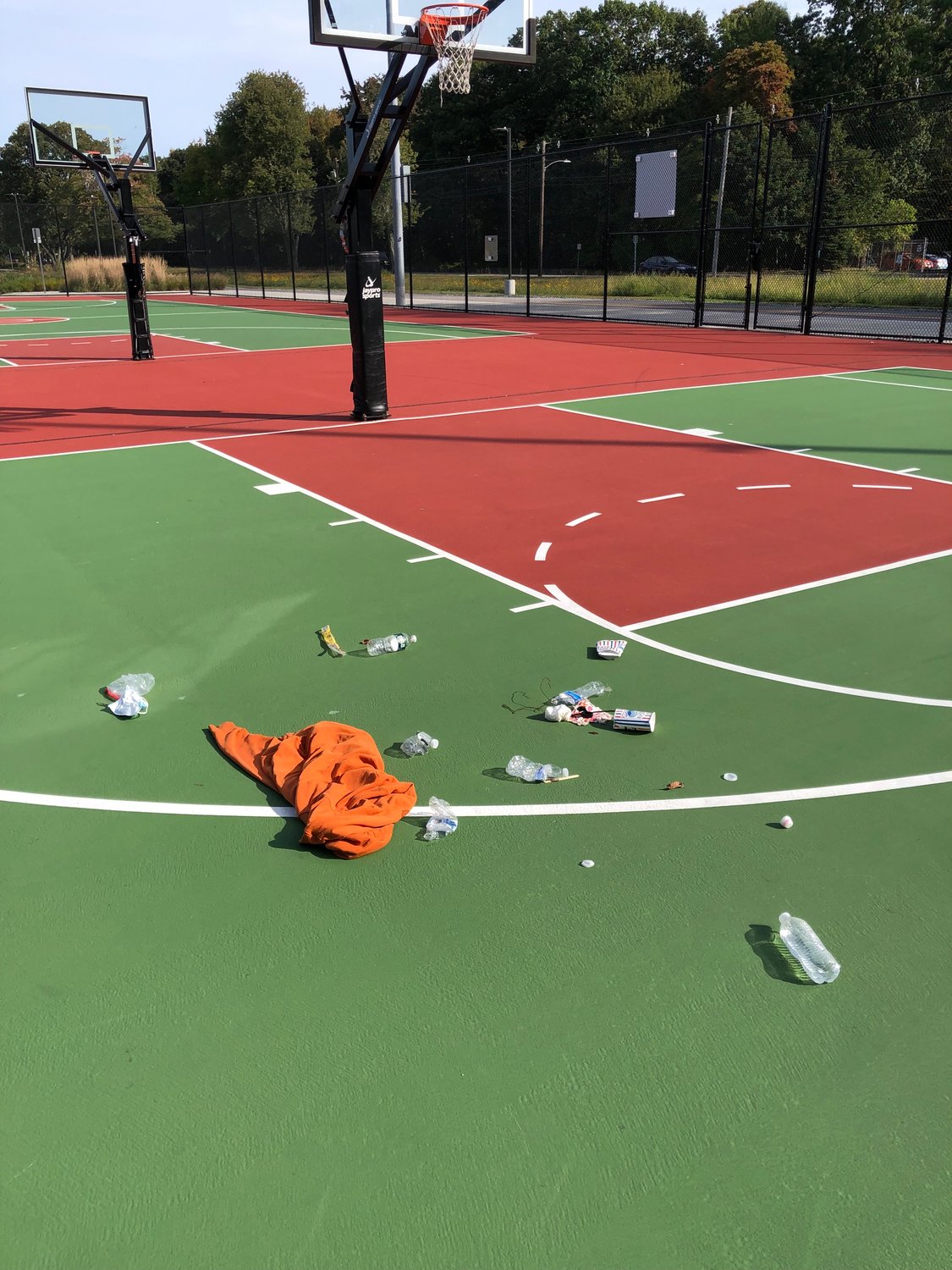 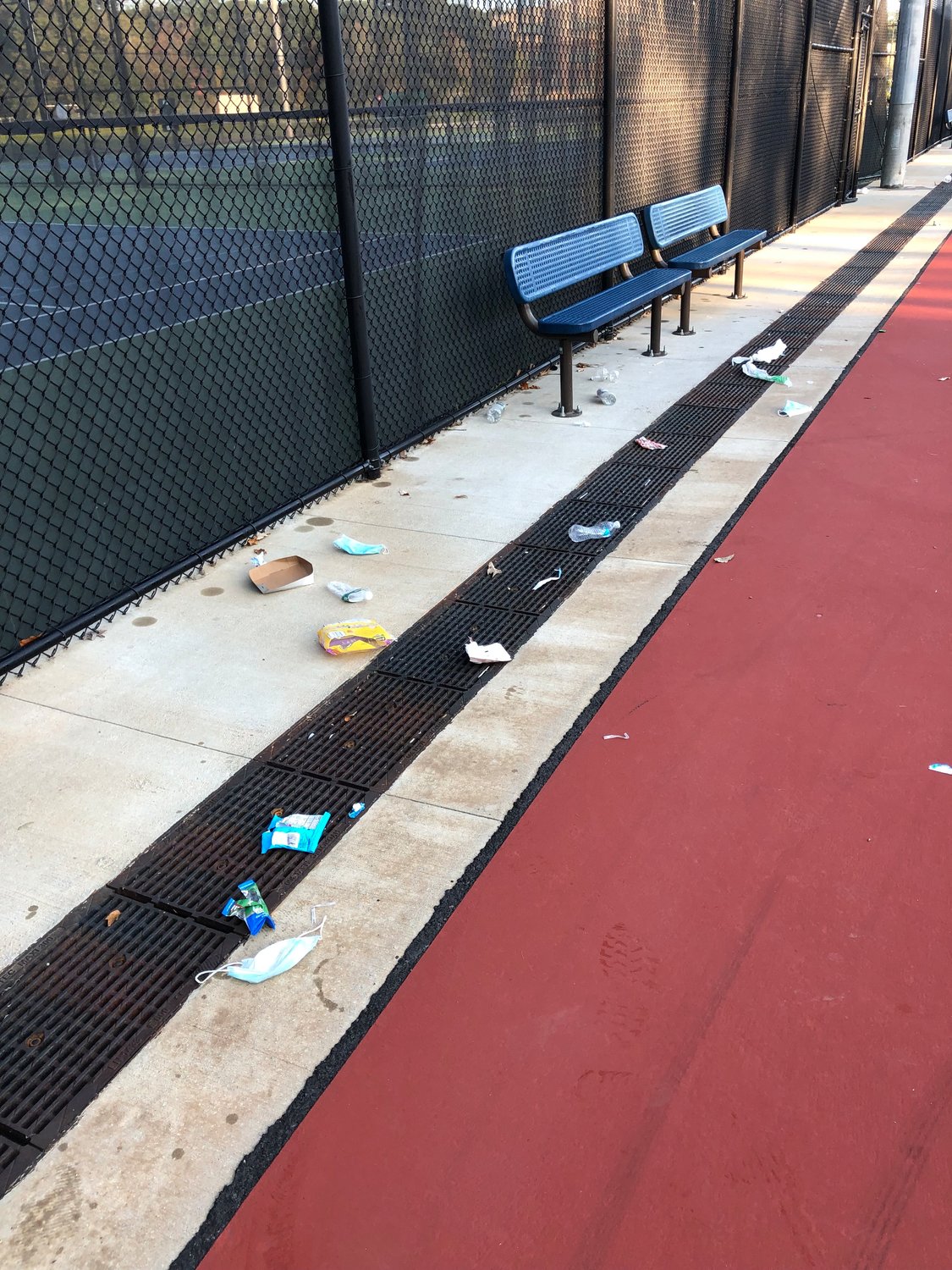 I think it will grab their attention.”
Michele Geremia, on locking up the courts
By Josh Bickford

How bad is the littering problem at the new Barrington Middle School basketball courts?

So bad that the town is going to lock up the courts.

Town officials said there is hardly a day that goes by where the courts are not covered with empty water bottles, soda cans, disposable face masks, food wrappers, pizza boxes and other debris, left behind by those who used the courts the prior night.

On Wednesday, Oct. 13, Barrington Recreation Department Director Michele Geremia sent out an email to thousands of residents pleading with people to keep the courts clean.

“The Town is trying desperately to keep the courts open as there are so many people who enjoy their use. If the courts continue to have trash left on them, the Town may have no choice other than to lock the courts.”

Early Thursday morning, Oct. 14, officials from the Barrington Department of Public Works stopped by the middle school basketball courts and again found them littered with trash.

A short time later, the town manager gave the order to lock up the courts following school dismissal at 3:30 p.m. on Thursday. But after a plea from another town official, the manager delayed locking up the courts until Monday, Oct. 18. The town official said more time was needed for people to respond to the request.

If the trash continues to be a problem on Monday, the courts will be locked up for Monday night. They would be reopened on Tuesday morning, but if more trash is left behind on Tuesday night, the DPW will again lock the courts for the following night.

Ms. Geremia said town officials do not want to block people from using the courts, but they need to address the littering problem.

“I think it will grab their attention,” Ms. Geremia said during an interview on Thursday.

“Leaving trash will have consequences.”

Some residents have suggested that placing trash barrels at the outdoor basketball courts would solve the problem, but town officials disagree. Ms. Geremia said trash cans are often ignored or left overflowing — she said there are three trash barrels on the nearby middle school soccer fields that remained empty while trash cluttered the nearby grass.

“I don’t know why it’s happening… It’s a different world. It really is.”

A while back, some pizza boxes were left at the courts, the DPW official said. The label on the box listed who had purchased the pizzas; DPW worked with the police to track down the individuals. The boys at fault offered to clean up the basketball courts for a week as part of their punishment. But once the week ended, trash continued to pile up.

The DPW official said a Good Samaritan who lives nearby also offered to clean up the courts. But after weeks of work, she grew frustrated and quit, he said.

Ms. Geremia said she is hoping the word spreads and people understand that they need to clean up after themselves.

“The town doesn’t want to do this,” Ms. Geremia said, referring to locking the courts. “The facilities are for everyone to use. But the DPW doesn’t have the manpower to do this (clean up the courts) every day.”