The Barrington School Committee issued a statement on Wednesday morning, Oct. 12, regarding a Superior Court judge’s ruling in an Open Meetings case.

The committee stated that it will not … 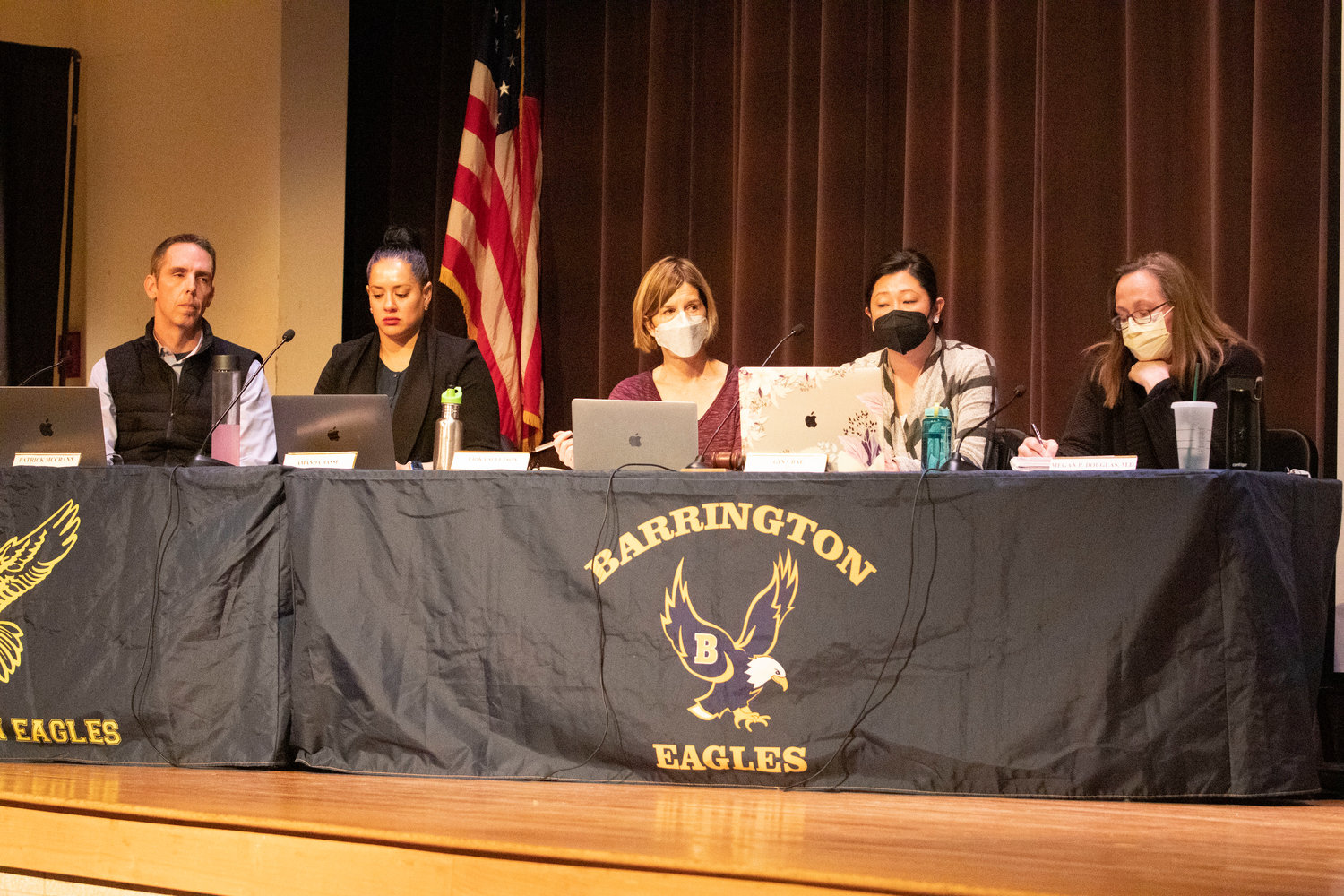 Members of the Barrington School Committee are shown during a meeting last spring. They are (from left to right) Patrick McCrann, Amanda Basse, Erika Sevetson, Gina Bae and Megan Douglas.
Photo by Richard W. Dionne Jr.
Posted Wednesday, October 12, 2022 11:56 am

The Barrington School Committee issued a statement on Wednesday morning, Oct. 12, regarding a Superior Court judge’s ruling in an Open Meetings case.

The committee stated that it will not appeal the judge’s decision.

Judge Lanphear ordered the school committee to pay a $500 fine and the plaintiffs’ legal expenses and court costs.

The judge stopped short of voiding the vaccine mandate policy and reinstating the terminated teachers, "even though the policy was passed in violation of the Open Meetings Act."

The school committee’s statement reads, in part: “While the Committee disagrees with aspects of the Court’s decision, we endorse the Court’s decision to reject the plaintiff’s request to nullify the COVID-19 Policy amended in September 2021 and reinstate the teachers. The Committee continues to be dedicated to focusing on its key charge: to carry out teaching and learning in a setting that secures the health, safety, and wellness of students and staff alike. In that vein, Committee feels that it is in the best interest of the district to move forward and will not seek to appeal the Court’s decision.”

The teachers, acting through their attorney Greg Piccirilli, filed a lawsuit against the school committee, arguing that the committee violated the state’s Open Meetings Act when it voted to enact the vaccine mandate policy. The judge ruled in favor of the teachers.

Piccirilli said that at his last public filing, his fees were approaching $30,000. He also said Barrington taxpayers will pay much more for the school committee's attorneys.

A document obtained by the Barrington Times in July showed that the district had already spent $79,000 on legal fees related to the terminated teachers case.

DiOrio, Hines and Thurber are also appealing to the Rhode Island Department of Education the school committee’s initial ruling to deny their religious exemption requests. That appeal will be heard by the RIDE Commissioner’s office.