Barrington lost one of its longest-living residents this month when Barbara Gibbs Barton passed away. Barton was 113 years old — she had been the sixth-oldest person in the United States prior … 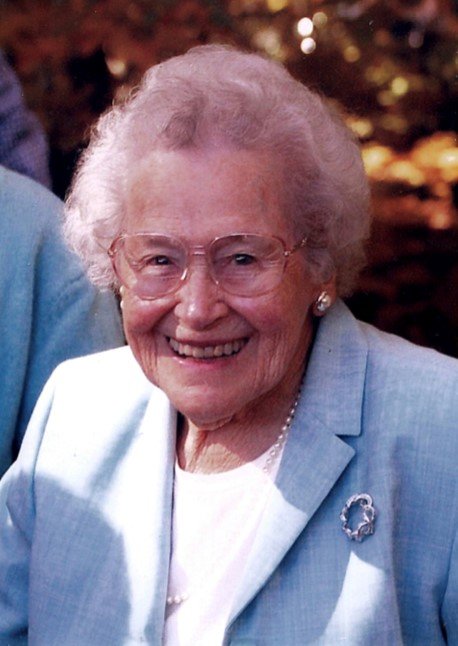 Barrington lost one of its longest-living residents this month when Barbara Gibbs Barton passed away. Barton was 113 years old — she had been the fourth-oldest person in the United States prior to her passing.

In 2015, shortly after Barton celebrated her 106th birthday, she sat for an interview with the Barrington Times. She had moved into the Hattie Ide Chafee home in East Providence. She spent time playing her electric keyboard and was asked if her love of music, or maybe her diet, had anything to do with her longevity.

"I don't know what it is," she said during the interview. "I've always loved spaghetti and macaroni…”

Macaroni with salt and butter, she later added, was her favorite — “Plain living and simple pleasures have been just fine for Mrs. Barton,” stated the article which was printed in February 2015.

For most of her years, Barton lived in Barrington.

Born on Oct. 12, 1908, Barton graduated from Barrington High School in 1926 when the school was located in the Peck Building (that building is currently home to the public library, senior center and Tap-In). Her graduating class was the first to have a yearbook — the first-ever printing of the BHS Arrow.

She met and later married Edwin “Pete” Barton. They lived in Warren for a short time, but moved to Barrington after starting a family.

"In 1940, Prudy was in the second grade,” Barton said during the 2015 interview. “We thought she should go to a better school, one in Barrington.”

Like many families, the Bartons moved to town for the schools, but they stayed long after their four children — Prudence Bishop, Charlotte Sornborger, Ralph Barton, and Ned Barton — had grown up.

Over the years, Barbara saw Barrington change quite a bit.

During the interview, Barton spoke about a street car that ran from her childhood home on County Road to West Barrington; about the Hurricane of '38 sweeping away cars and houses; and about the day she was helping her father deliver groceries on Maple Avenue when they came across a horse that had fallen over and could not stand up.

Her family owned a small grocery store at the corner of Washington Road and Bay Spring Avenue and sometimes her father would would let her tag along when he delivered the groceries. "I loved going with him," she said in 2015.

It during one of his afternoon deliveries when he came across a fallen horse and spent the better part of the day righting the animal.

Barton also recalled her time as a Girl Scout, and having the opportunity to meet a U.S. President's wife during a Girl Scout function in Barrington. "It was at the Hoffman's house. We put on a little pageant," she said during the interview.

The news of Barton’s passing has reached other residents who knew her and her family well. Paul Darling sent an email to the Times, adding that he photographed Barton and her daughters back in 2008 when she was celebrating her 100th birthday.

Darling, 92, said he was always so struck by Barton’s charm and intelligence.