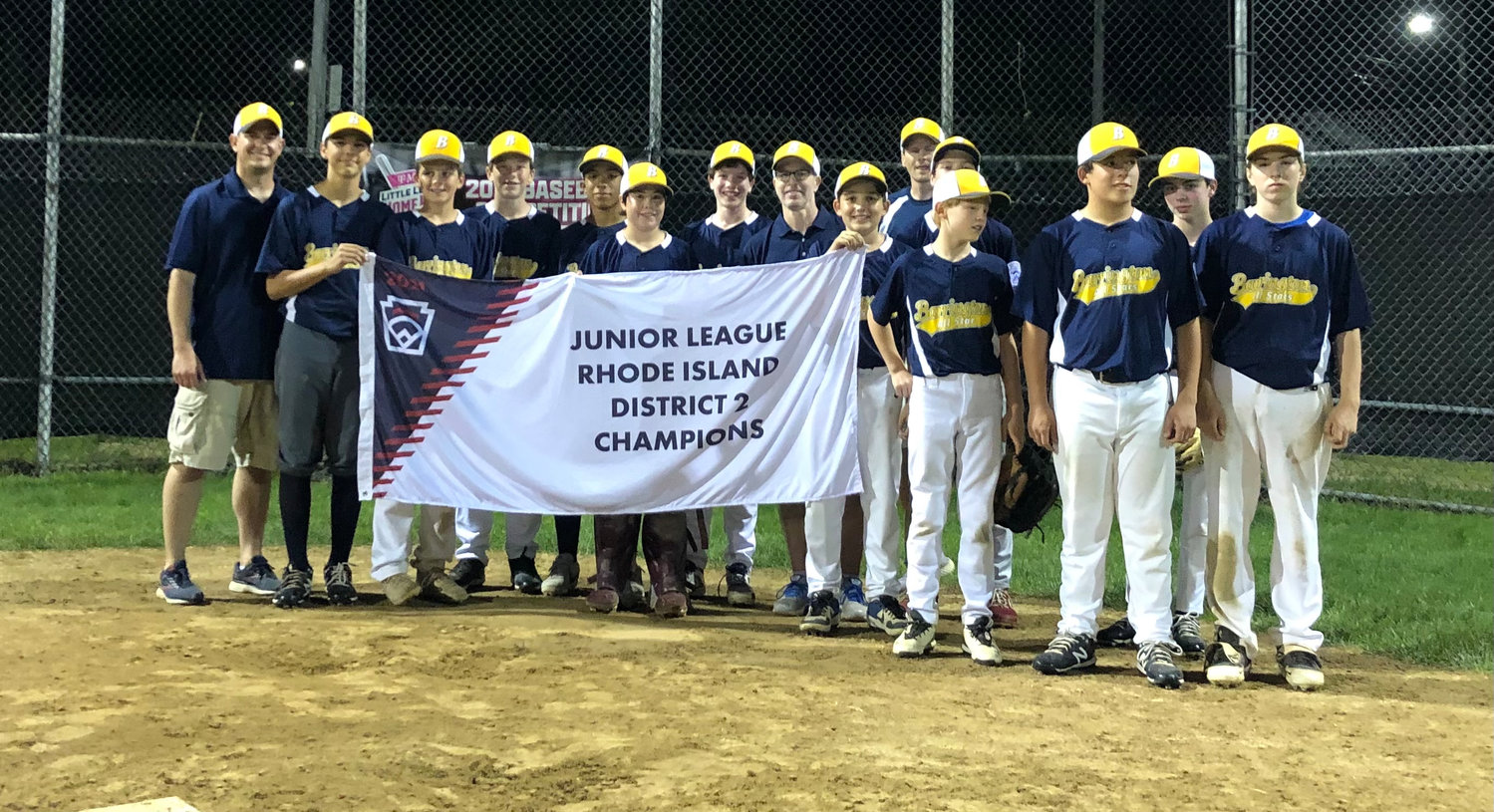 Barrington needed to beat Pineview twice to capture the District title — they won the first game 6-0, and then rolled to a 10-1 victory in the finals. The games were played back-to-back at Pineview's home field, Daggett.

In the first game, Barrington started Lucas Tanous on the mound and he delivered a strong performance. Lucas went 6 and 2/3 innings, and was backed up by solid defense. Blake Dolan contributed with RBI hits in the first and fourth innings, and Christopher Promades and Ryan Aldrich also contributed with RBI hits in the fourth inning.

Alex Anderson pitched for Barrington in the second game. Matt Fede hit an RBI double in the bottom of the second inning to give Barrington a 4-1 lead. Greg Fitta and Brock Carroll delivered key hits during Barrington's three-run fourth inning.

Barrington now advances to the state tournament, which will be played in Cranston. Barrington will play at 1 p.m. on Saturday.