Twenty-one markers will be installed in first wave of work

Public rights-of-way in Barrington are becoming easier to locate.

Twenty-one markers will be installed in first wave of work 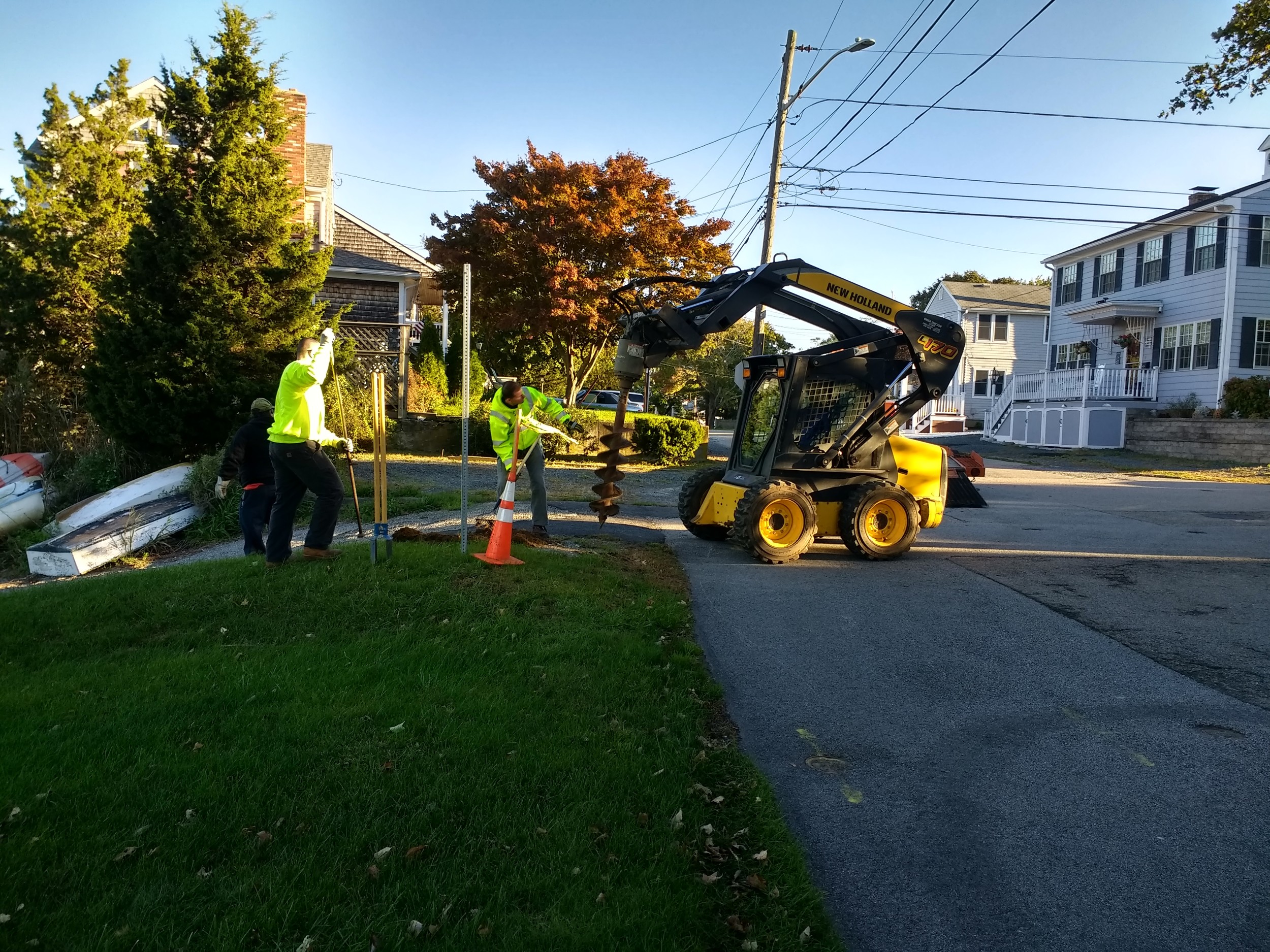 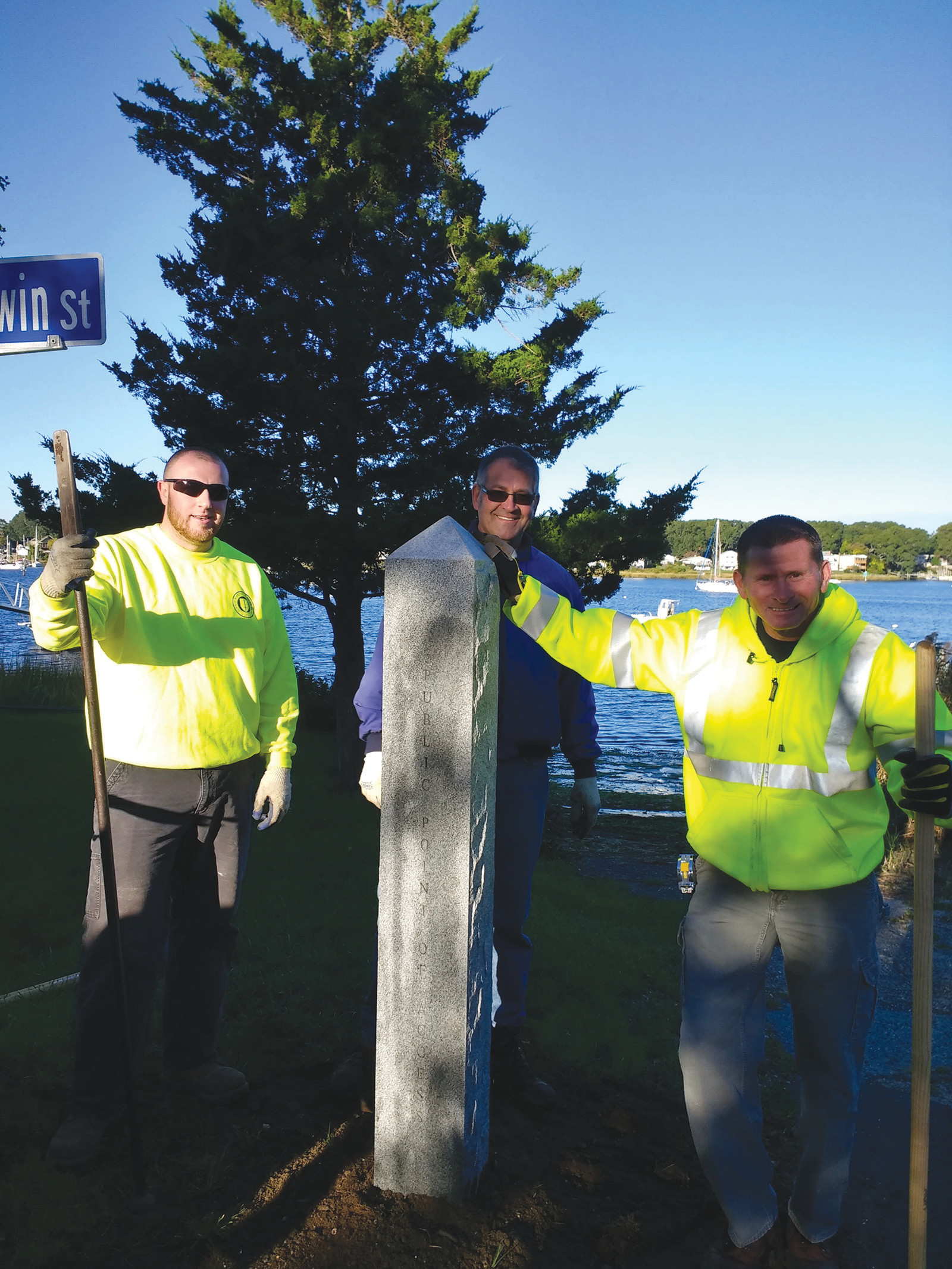 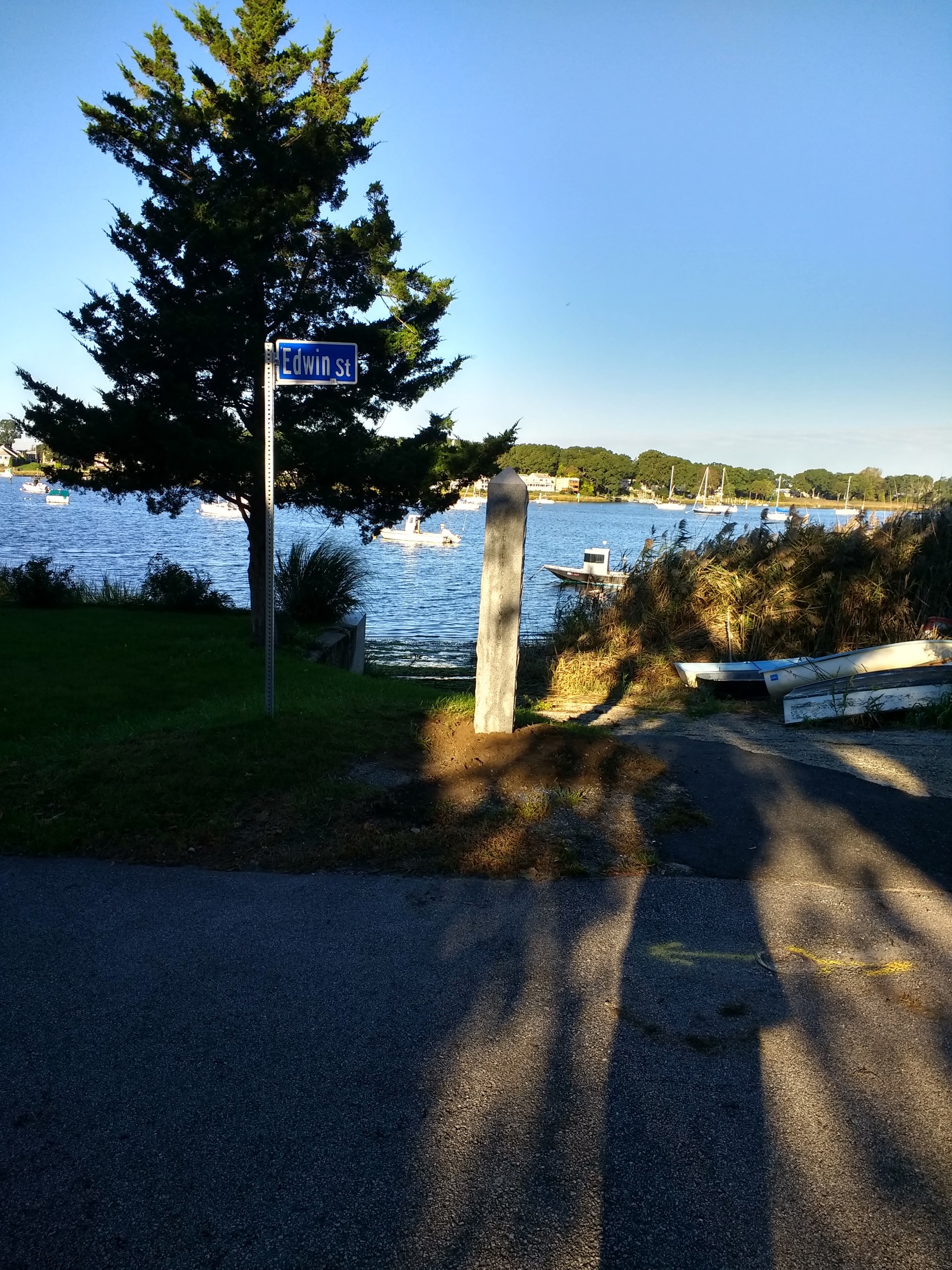 This right-of-way marker can be found on Edwin Street in Barrington. 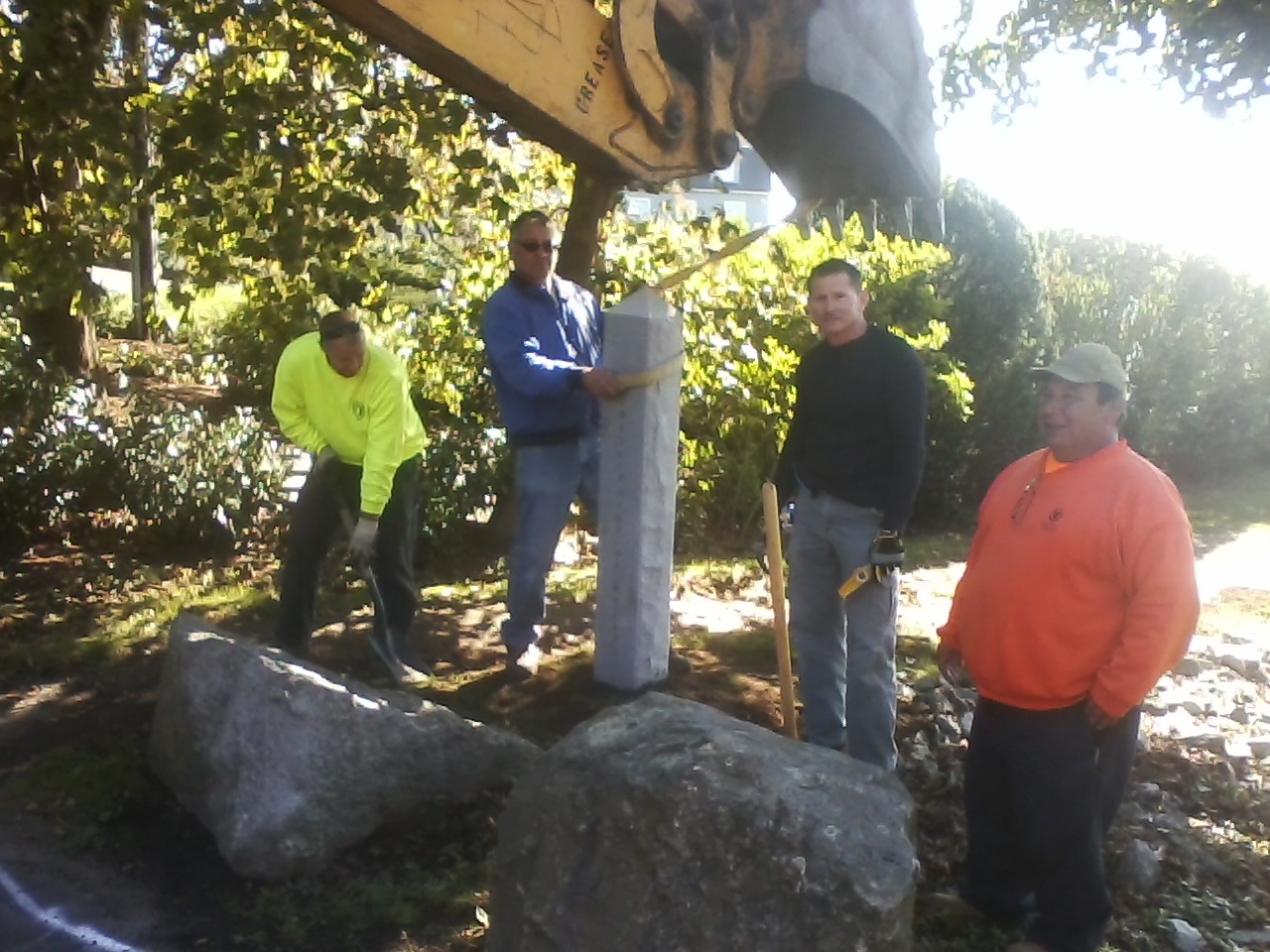 A Barrington DPW crew puts the finishing touches on the newly installed right-of-way marker at the end of Water Way.
Previous Next
Posted Thursday, October 25, 2018 12:49 pm

Public rights-of-way in Barrington are becoming easier to locate.

The town's department of public works recently began installing large granite markers at public rights-of-way that have been selected by the harbor commission.

The harbor commission has been working on the public rights-of-way project for months. The initial work was focused on identifying the rights-of-way in town — the group built a list of 21 access points.

Some of the rights-of-way are pretty well-known, such as the one at the end of Water Way, which leads from the street to Barrington Beach.

Others were lesser known. In fact, some of the department of public works employees who helped install the granite posts were surprised by the marker at the intersection of Woodward Avenue and Bowden Avenue. They had initially believed the right-of-way was located one street away.

The granite markers are each 7 feet in length, although only five feet of granite is visible once the markers are buried. Each stone carries the vertical message "Public Right of Way."

The town paid for the new markers — they purchased a total of 35 markers for $18,825. The expenditure included $12,000 from the town's "parks and trails reserve account."

Following is the list of roads where public rights-of-way markers are being installed: